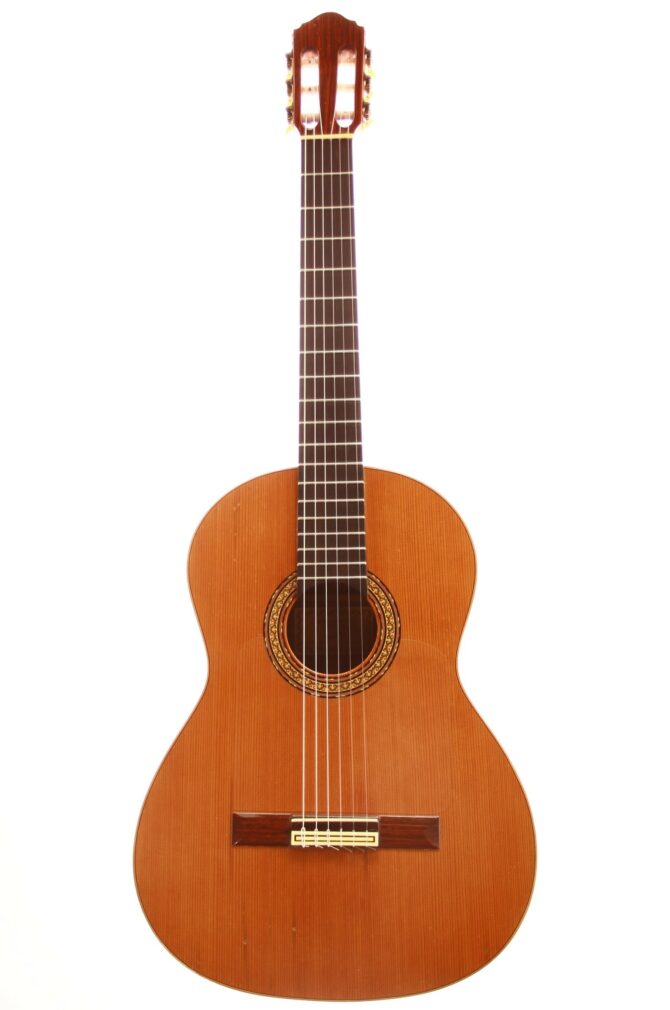 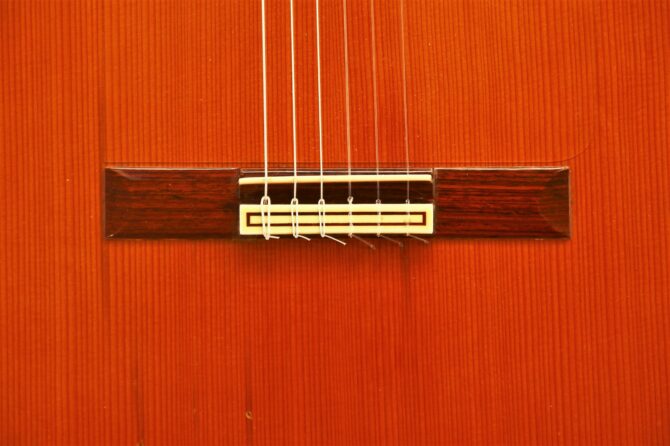 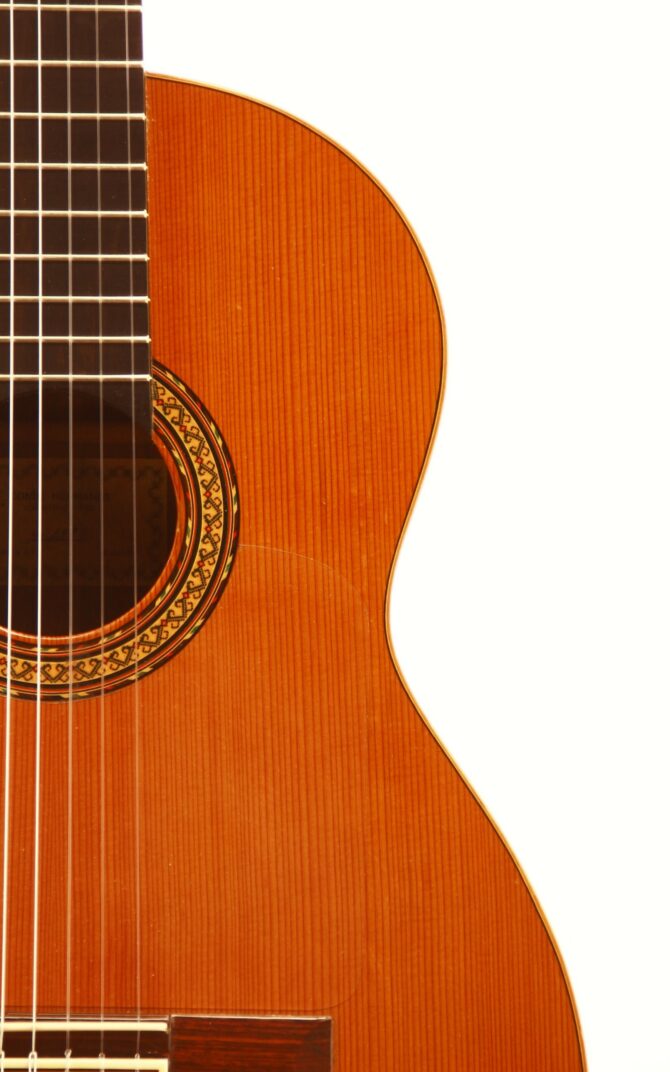 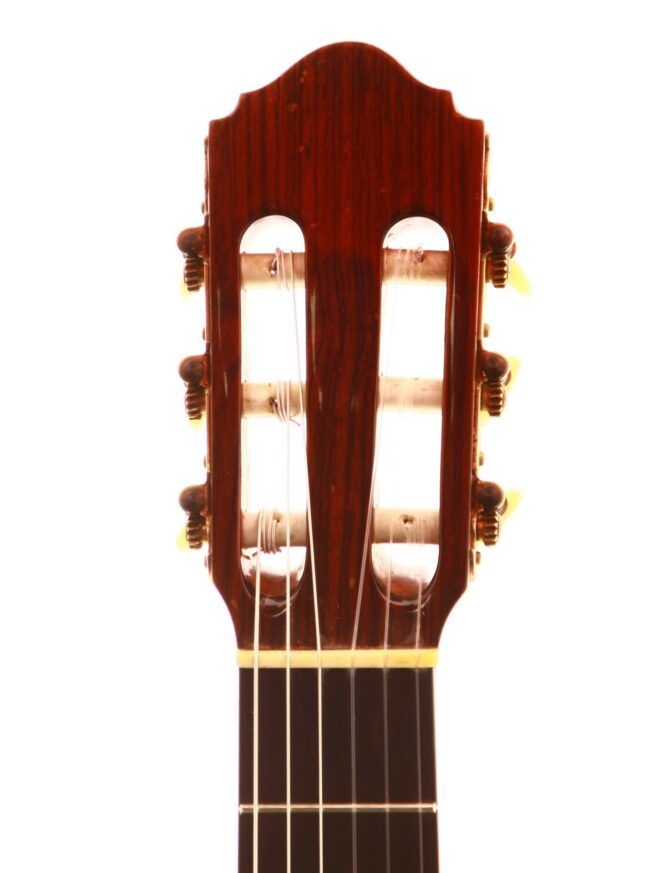 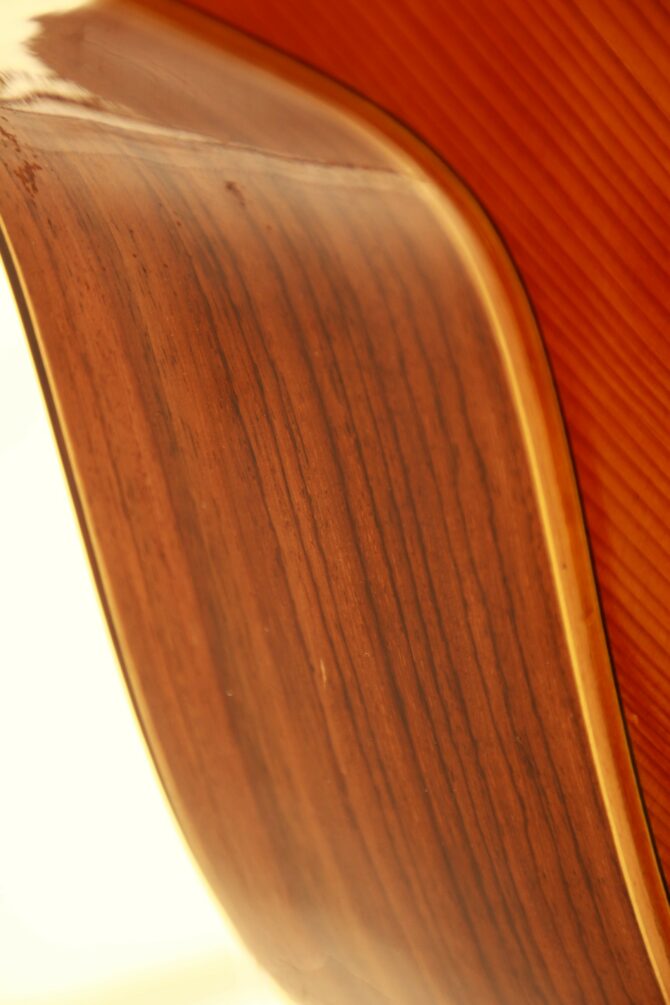 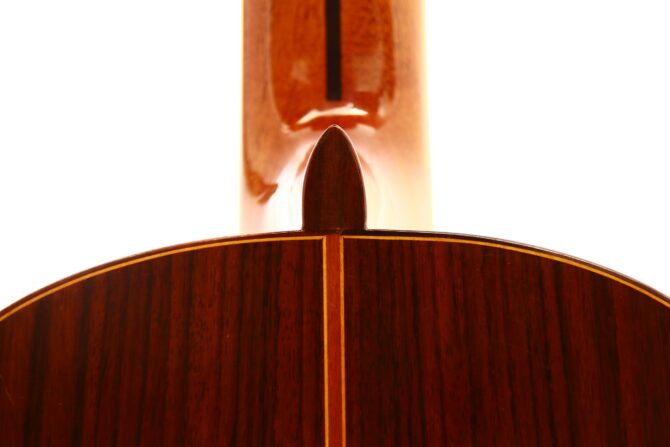 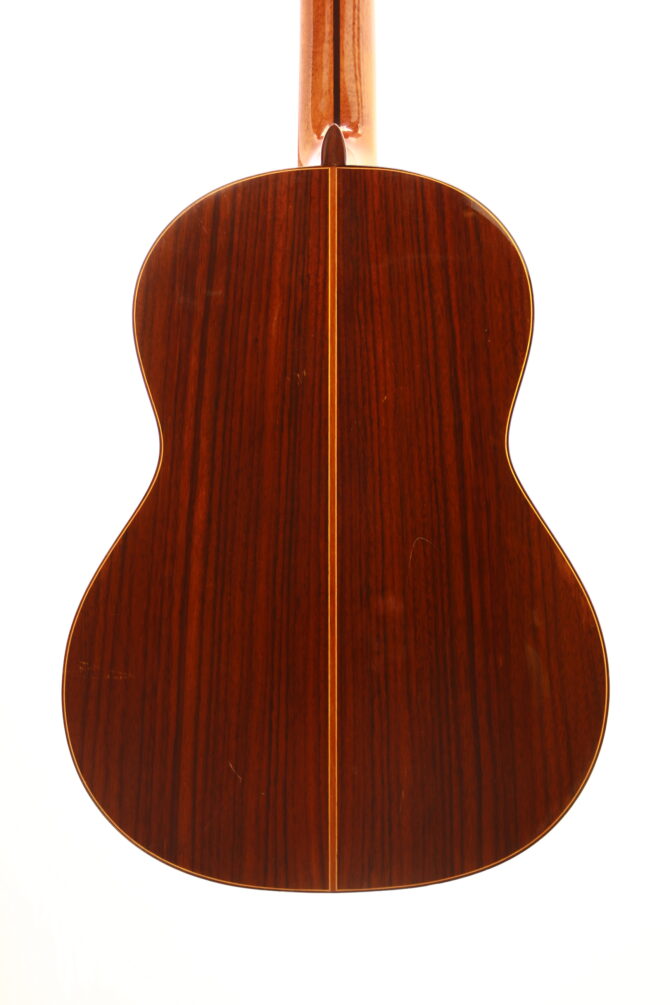 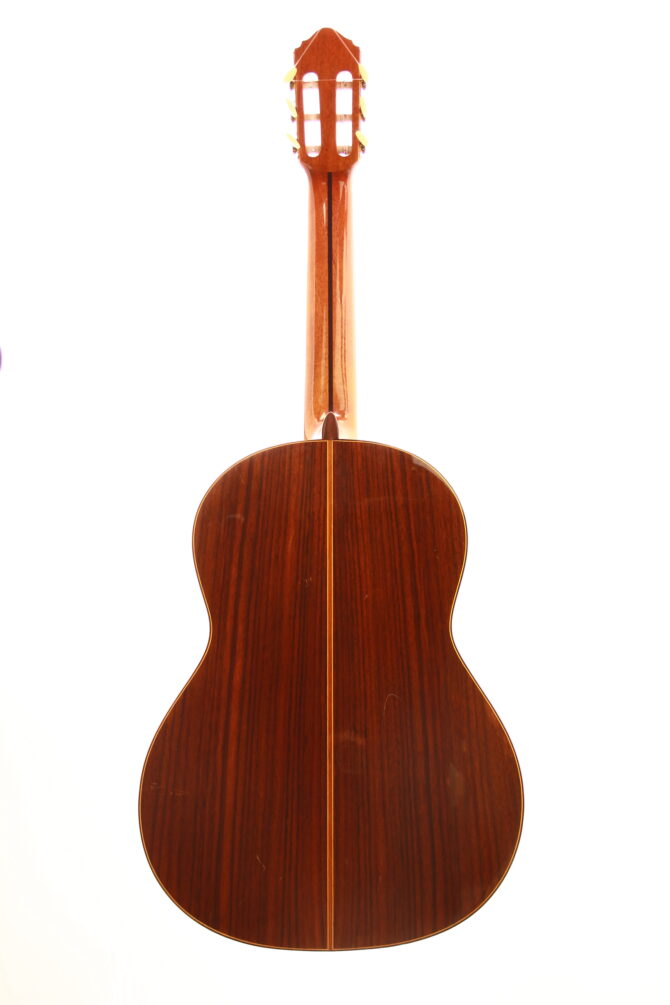 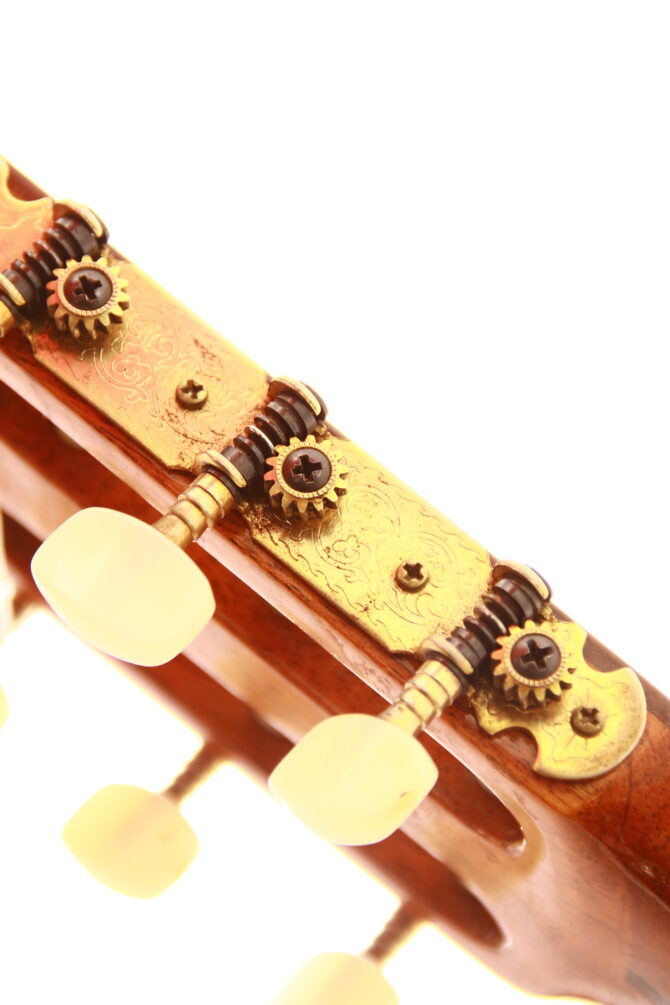 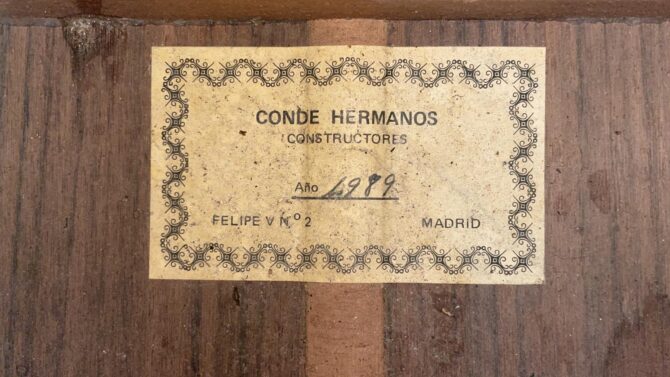 Nice guitar by Felipe Conde, with an irresistible sound!
If you are trying to find a high-end Hermanos Conde flamenco guitar, similar to the ones Paco de Lucia played – this is it!

The Story started with Domingo Esteso. He was one of the great guitar builders at the beginning of the 20th century. Esteso died in 1937, but Faustino Conde and his brothers Mariano and Julio continued the workshop under the name ‘Vda y Sobrinos de Domingo Esteso’ and then ‘Hermanos Conde Sobrinos de Domingo Esteso’.
Felipe Conde (son of Mariano Conde) started working in the shop at the age of 15 and had the great opportunity to learn his craftsmanship from the great masters.
After the death of Faustino Conde, Mariano Conde and his son opened an independent workshop on Calle Felipe V No. 2 in Madrid.
Felipe still runs this workshop today and he has already introduced his children to the art of building guitars.

This guitar was built in the shop of Felipe Conde in 1989. It was built in a time which is considered as Conde’s golden period. The guitar has the old headstock style of a Domingo Esteso guitar.
We like this guitar, as it is close in sound and construction to the guitars Paco de Lucia used and the price is still affordable.

The materials are nice with a beautiful matured spruce top and high quality rosewood back and sides.
It has a scale length of 660 mm and a nut width of 52 mm.

The guitar offers an absolutely furious sound. Just as you know it from the recordings of the masters. It leaves no wishes unfulfilled. It has a great dynamic and a powerful tone. The guitar is very balanced and clear at the same time.
Built entirely in the tradition of the Conde Hermanos, the leading Madrid manufacturers of the last 50 years, it plays lightly with a beautifully shaped neck.

Overall it is a great modern Madrid guitar with a rich and full sound.
This Hermanos Conde is in used condition with some wear of play and use. The action is comfortably low and the guitar plays wih great ease.

The original guitar case is included.