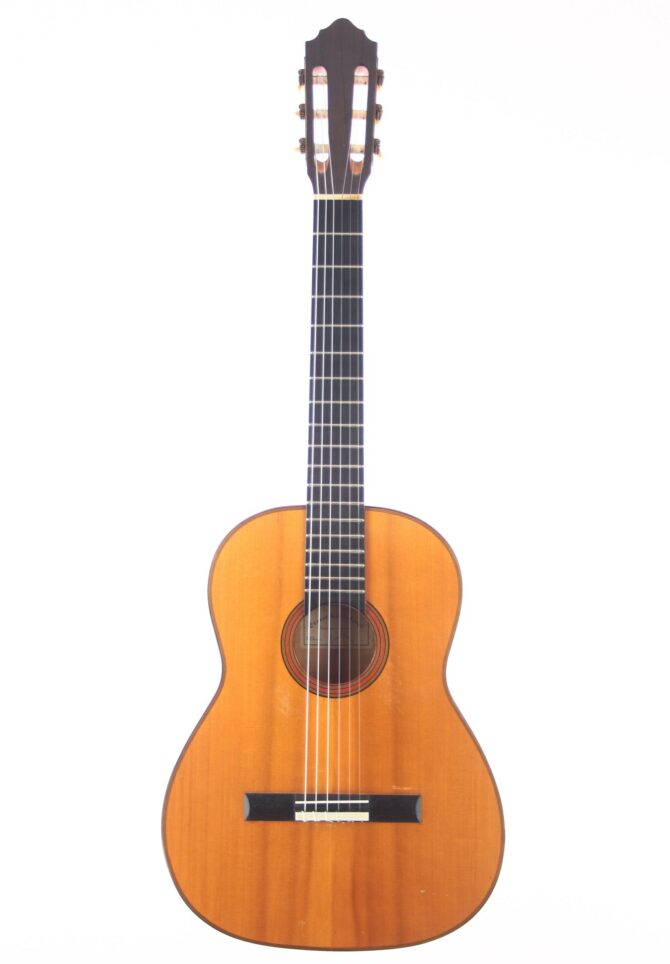 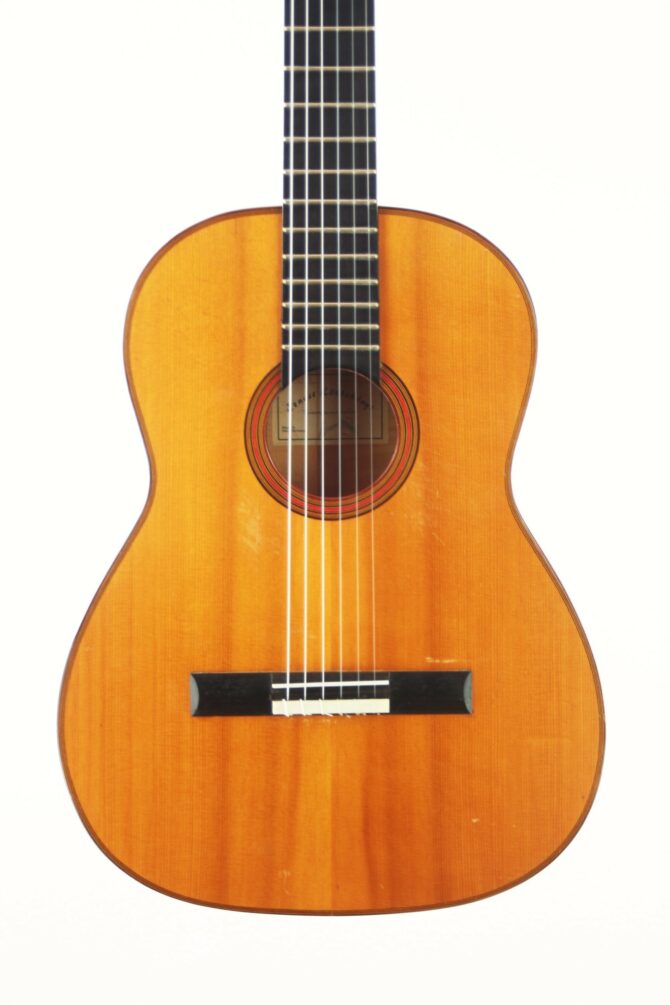 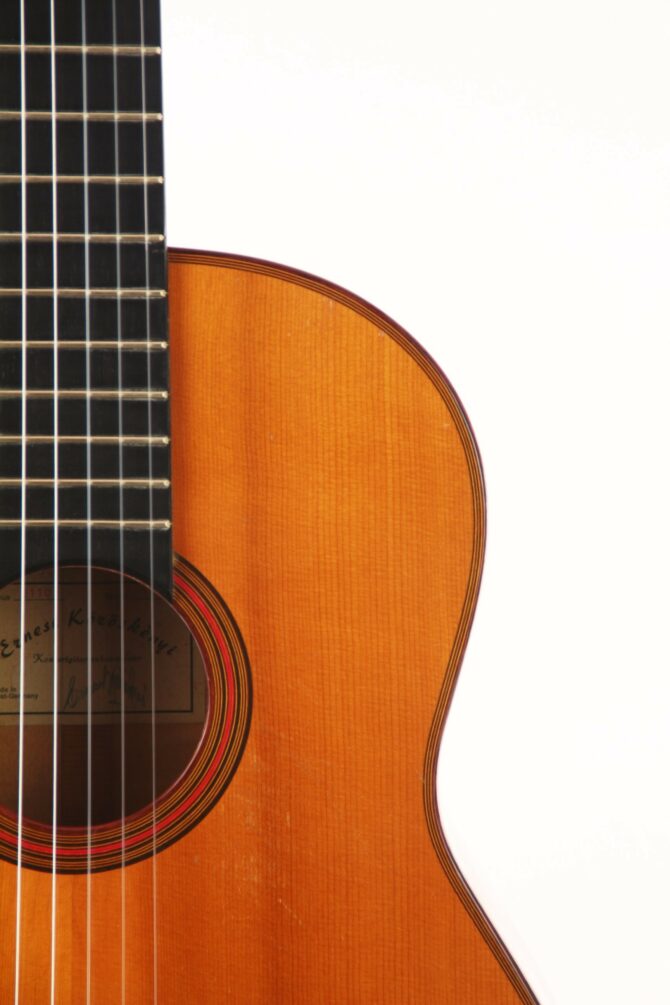 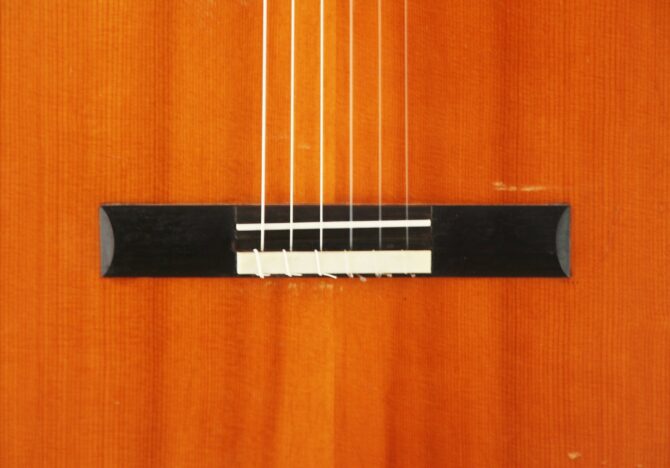 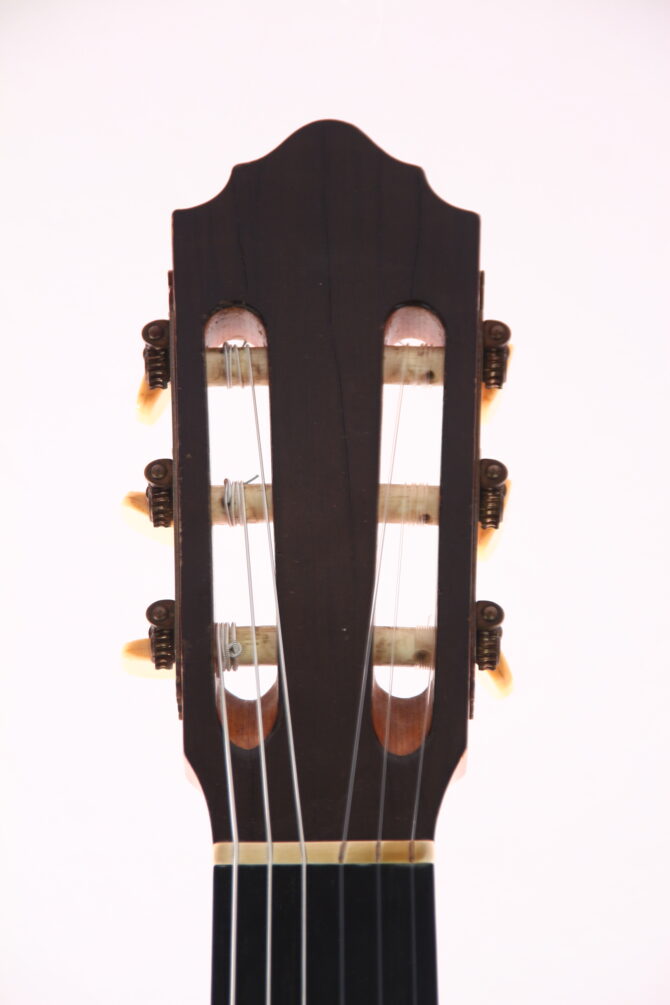 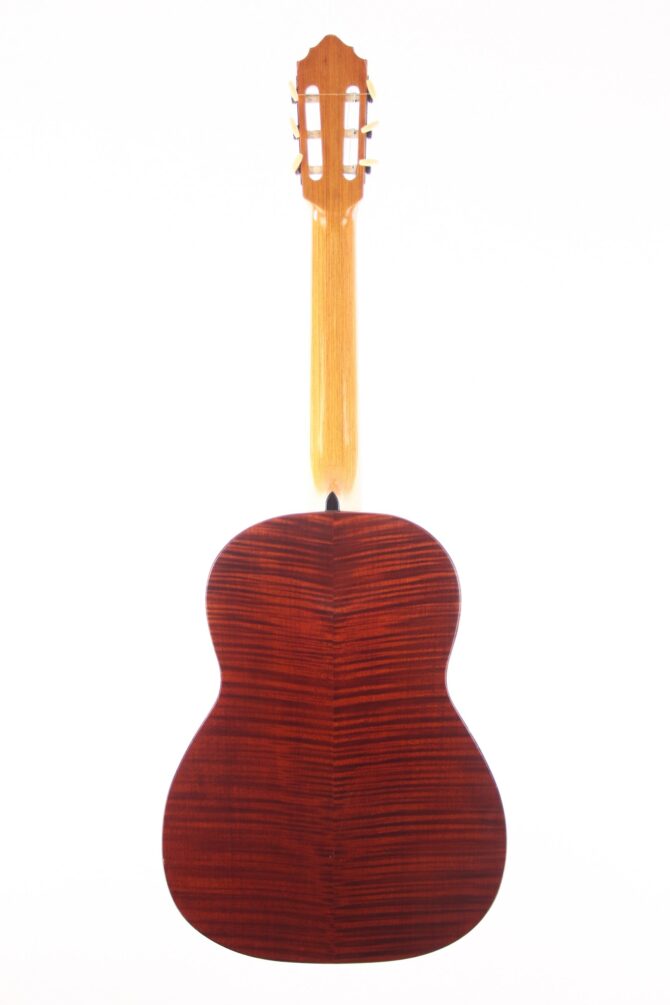 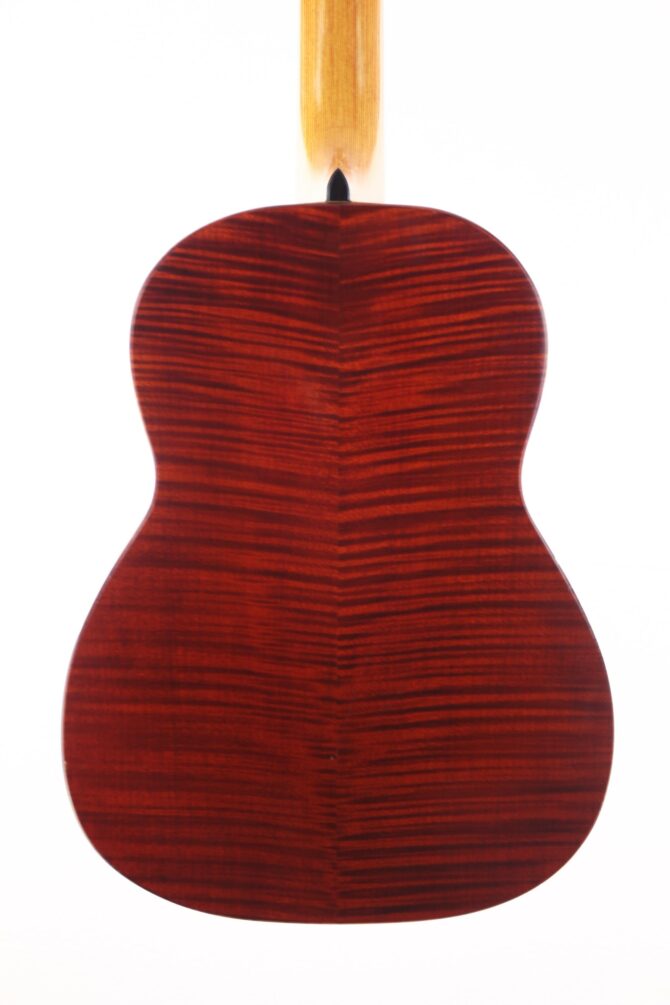 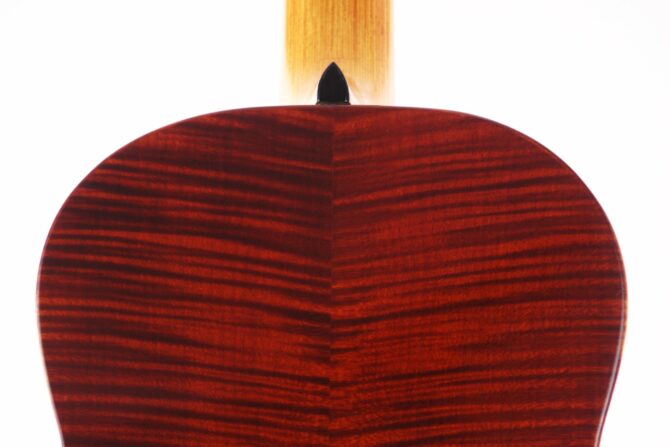 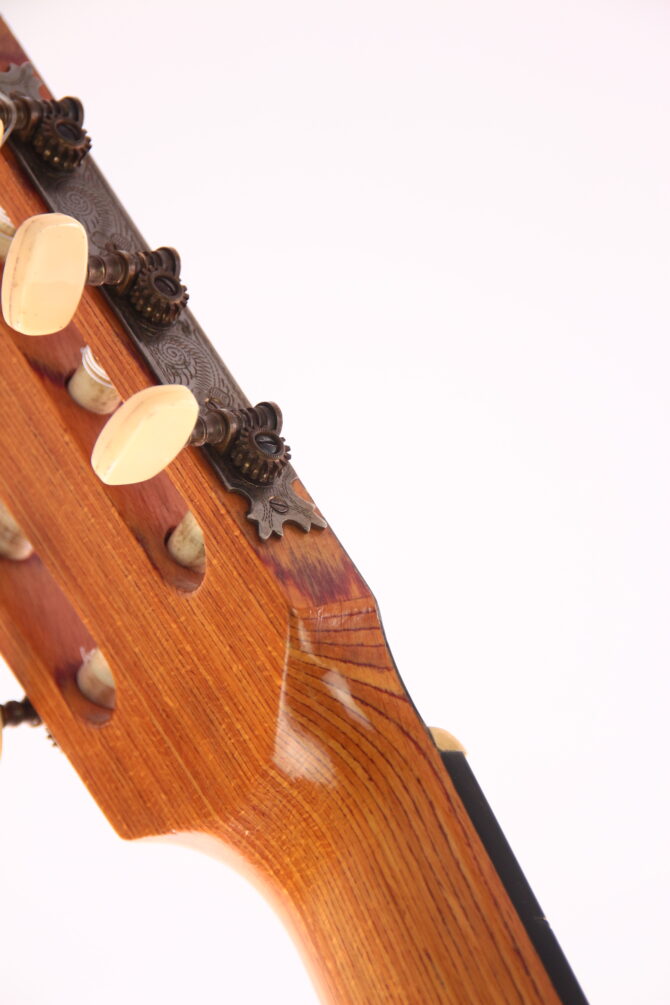 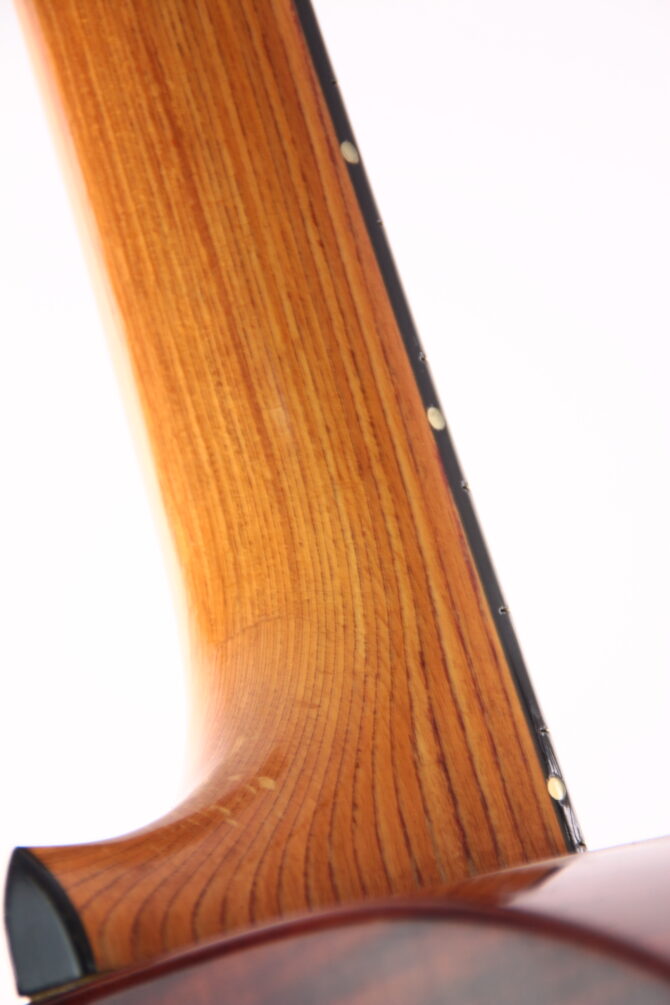 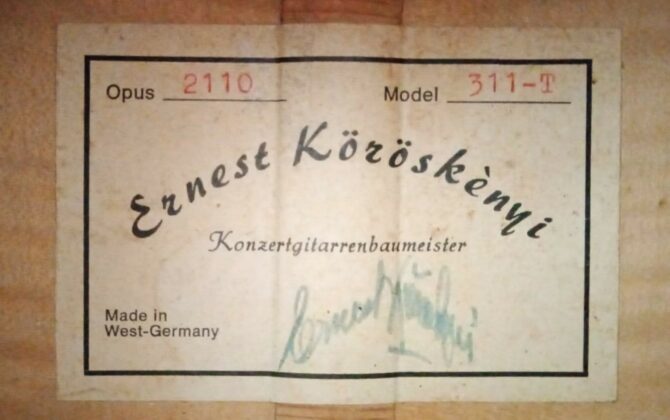 Ernest Köröskenyi is a remarkable guitar maker. He originally comes from Hungary, but then emigrated to Germany and first build guitars for Dieter Hopf.
After that he opened his own guitar building studio and over the years built guitars of the highest standard with impressive craftsmanship. The quality of his work not only made him famous throughout Germany, his guitars are also in demand internationally to this day.
Ernest Köröskenyi was also the teacher of other great builders like Carl-Hermann Schäfer, Klaus Röder and others.

This guitar is from the 70’s is one of his masterpieces. The guitar captivates by the fine craftsmanship and is an absolute masterpiece down to the smallest detail. We were especially amazed about the laminated maple neck, which is a nice construction.
It has a spruce top and very nice looking flamed maple back and sides. The nut width is 52 mm and the scale length 640 mm.

This very poetic instrument is truly one of a kind. The clear and charming trebles have a wonderful timbre and the deep basses have a very mysterious aura as well as a unique spontaneity, which makes this classical guitar such a special instrument.
The guitar also has a remarkable balance and the tones virtually float in the room while maintaining harmonic richness. The sweetness of the sound is deeply charming.

In addition, the guitar is in a good and well-kept condition.