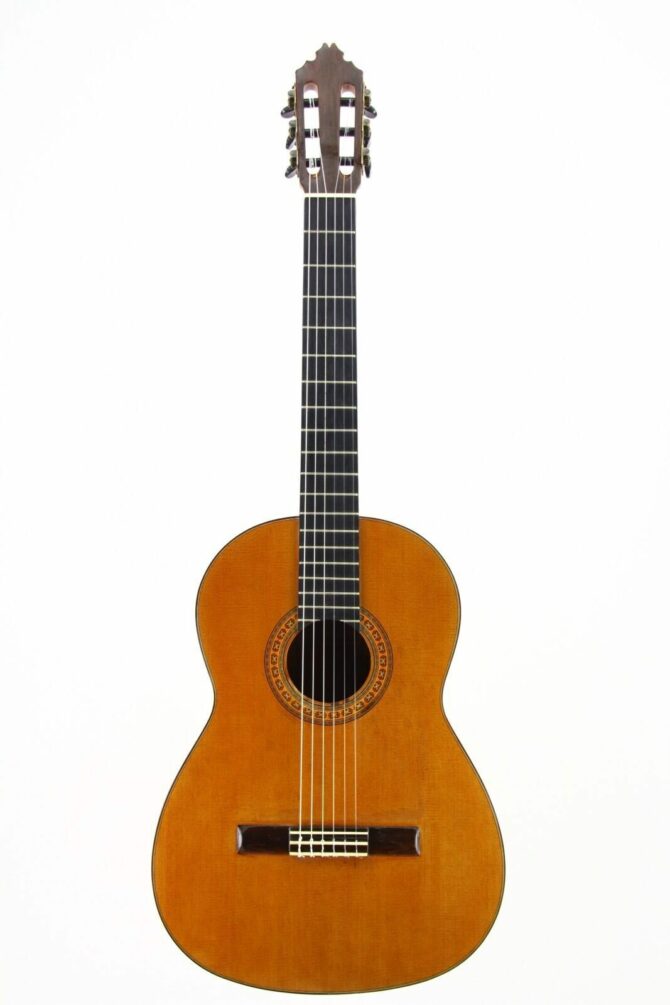 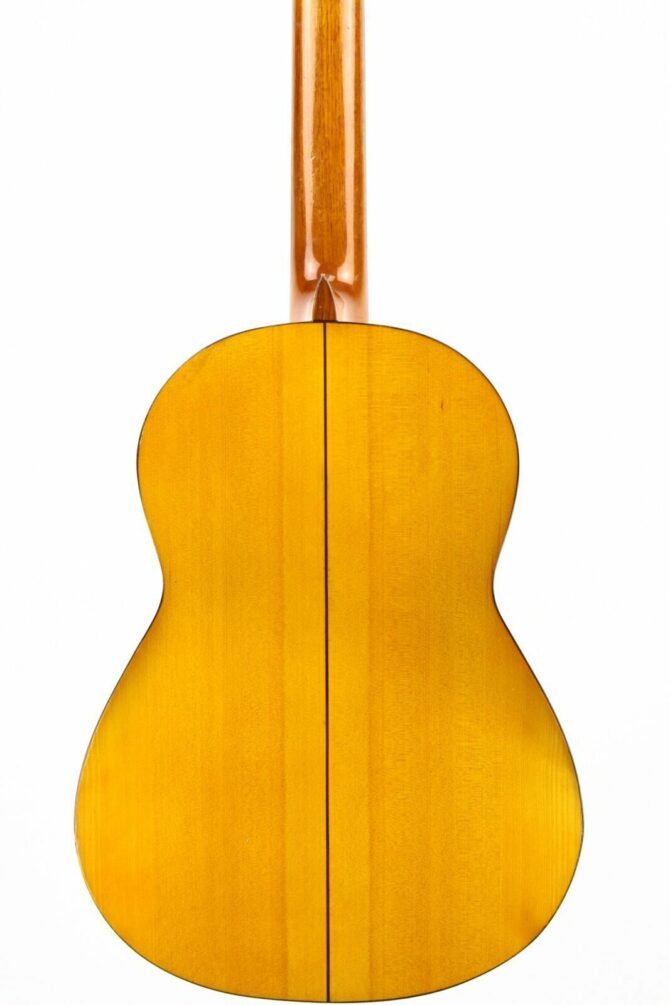 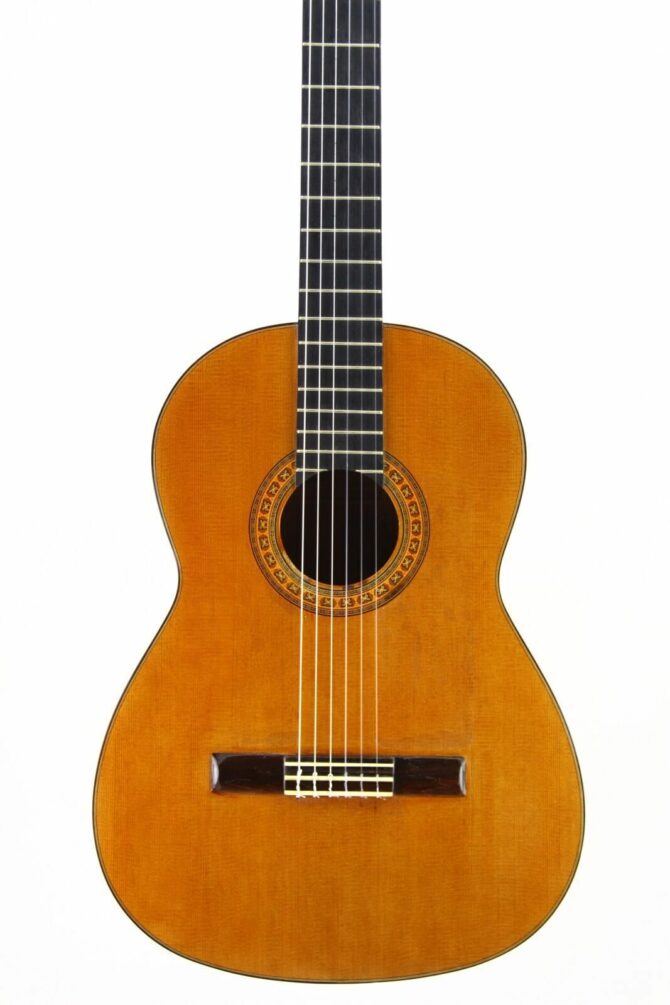 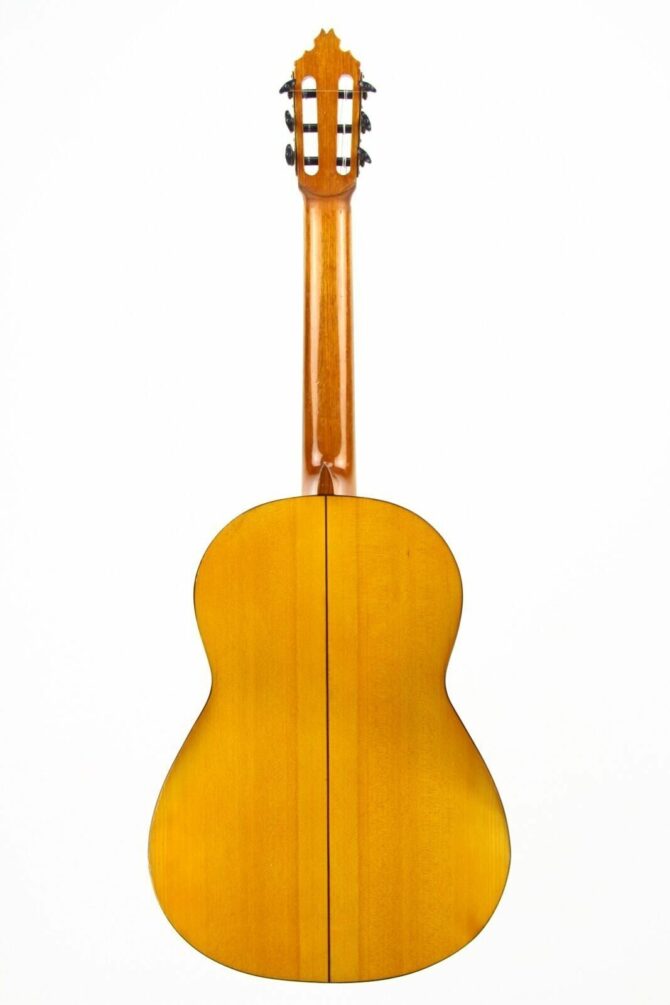 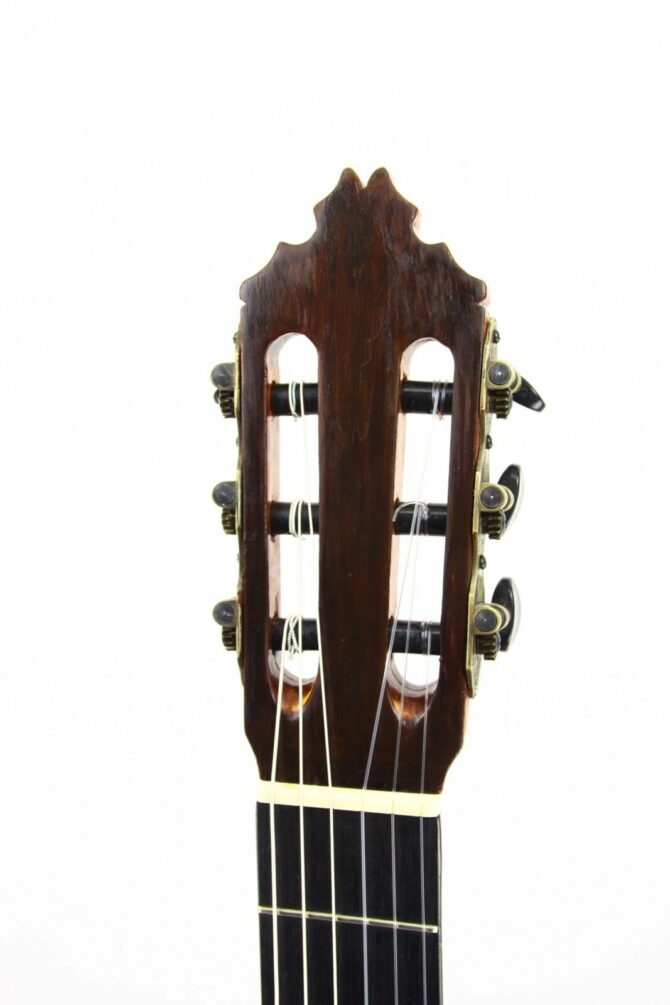 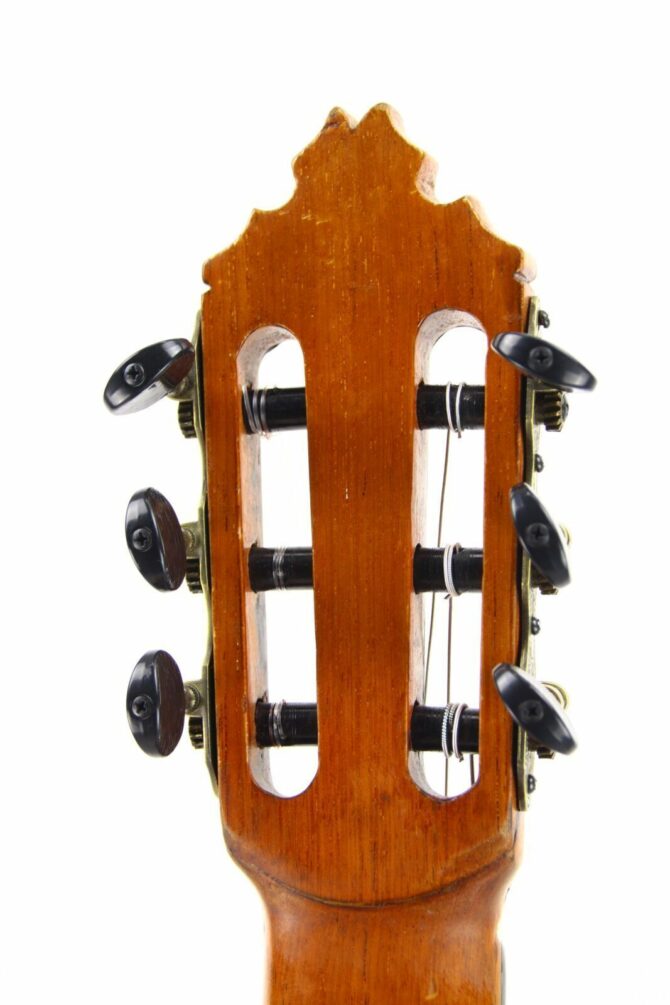 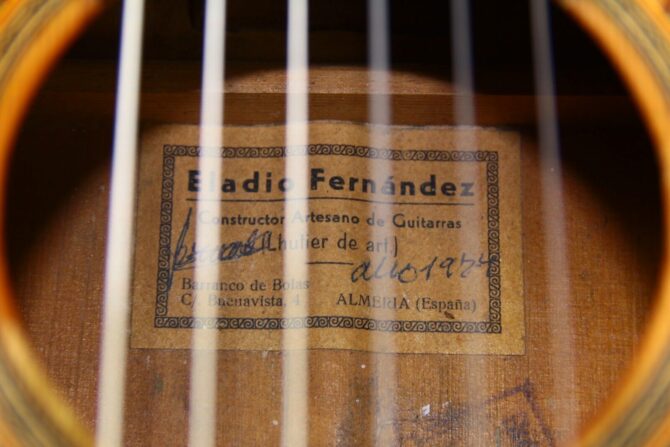 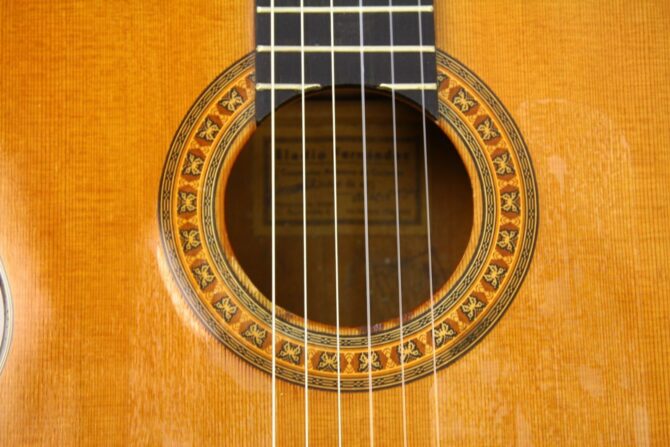 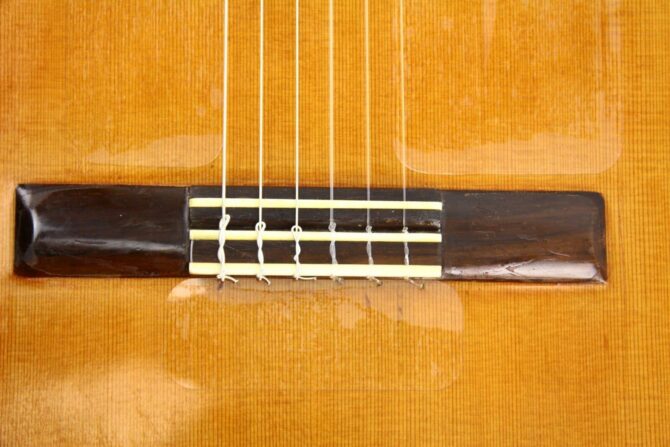 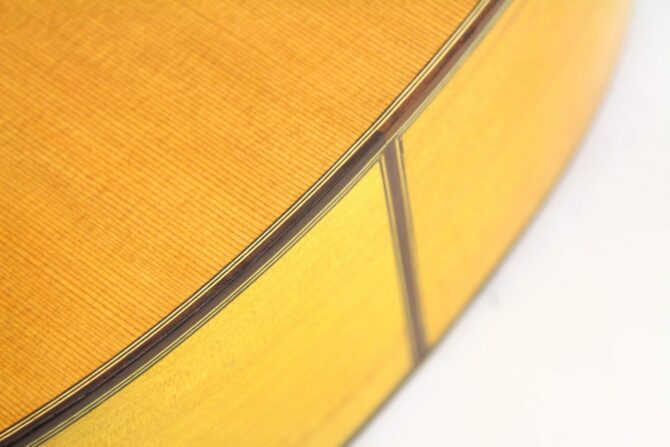 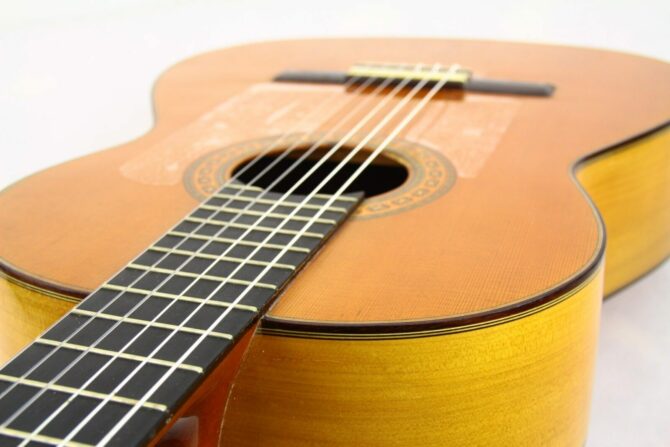 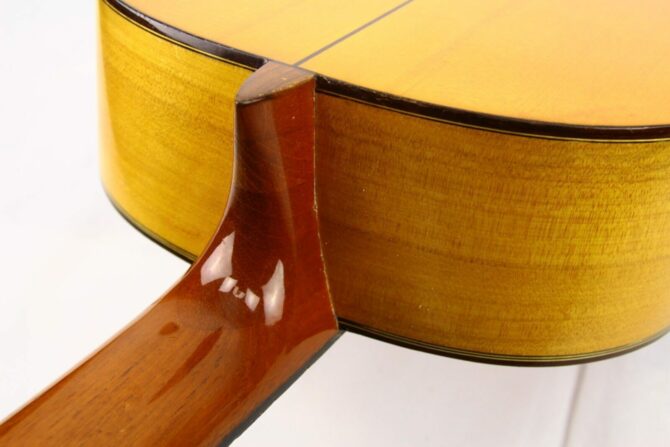 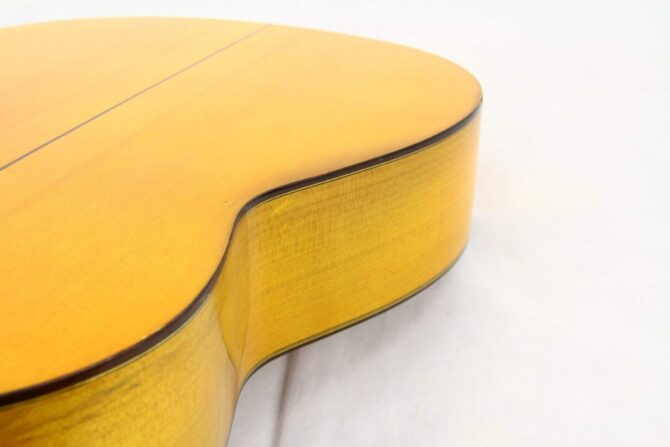 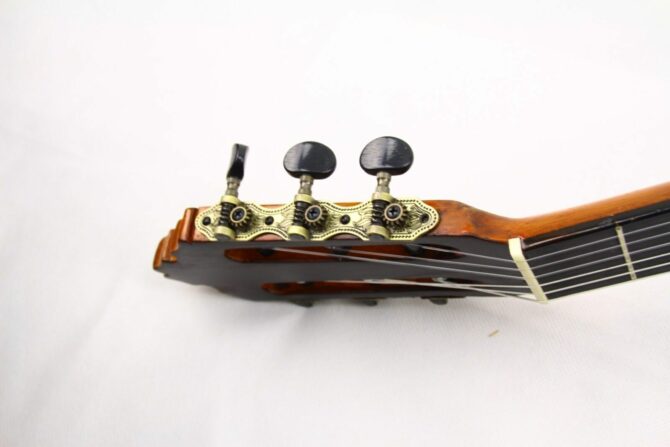 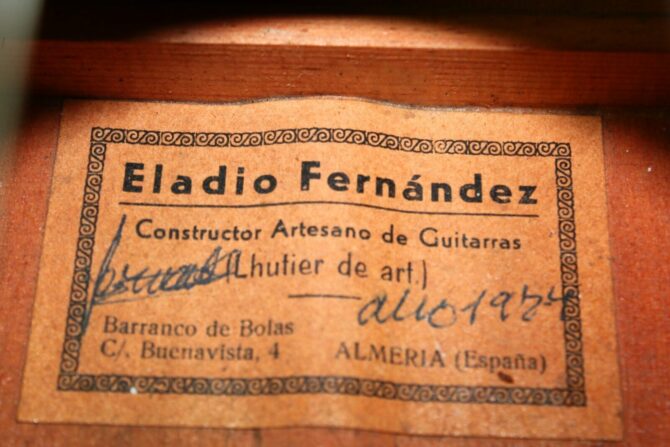 Are you looking for the sound of the world-famous Gerundino 1974 by Paco Pena? This Eladio Fernandez has it…

This Eladio Fernandez is an ultimate insider tip!

Eladio Fernandez is the brother and pupil of the famous Gerundino Fernandez.
At the time when Gerundino began to build guitars, Eladio toured the world as a professional flamenco guitarist.
After that he started to build guitars together with his brother.

The workshop of the two brothers is still located today in Almeria, the place that has produced some famous guitar makers and is also considered the birthplace of the modern guitar (Antonio Torres).

This beautiful flamenco guitar was built in 1974
The sound is incredibly powerful and corresponds to what one knows from the Fernandez brothers – a growling, dry and assertive flamenco sound that leaves nothing to be desired.
The guitar has a cedar top and cypress back and sides – this combination is pure magic. The tones almost jump out of the guitar. In addition, the guitar is light as a feather and will delight the new owner absolutely.

This guitar has been played a lot and has recently be professionally restored.