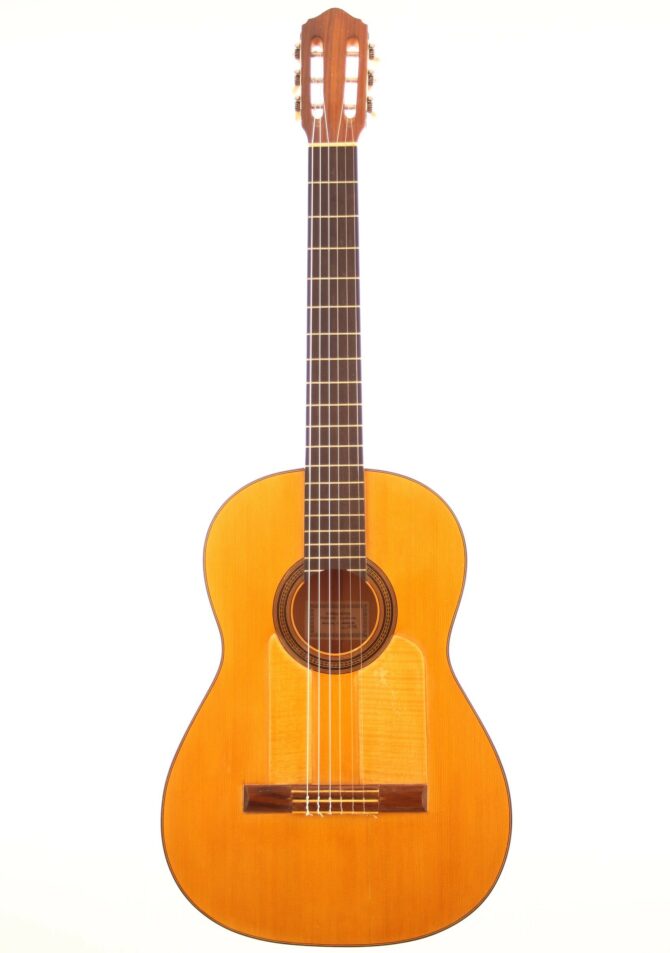 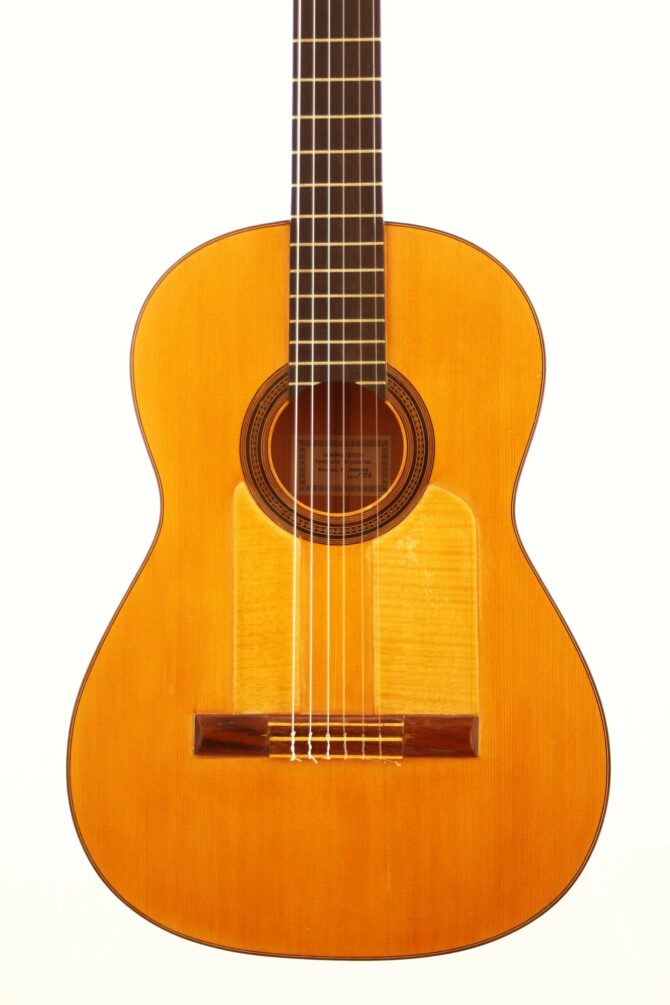 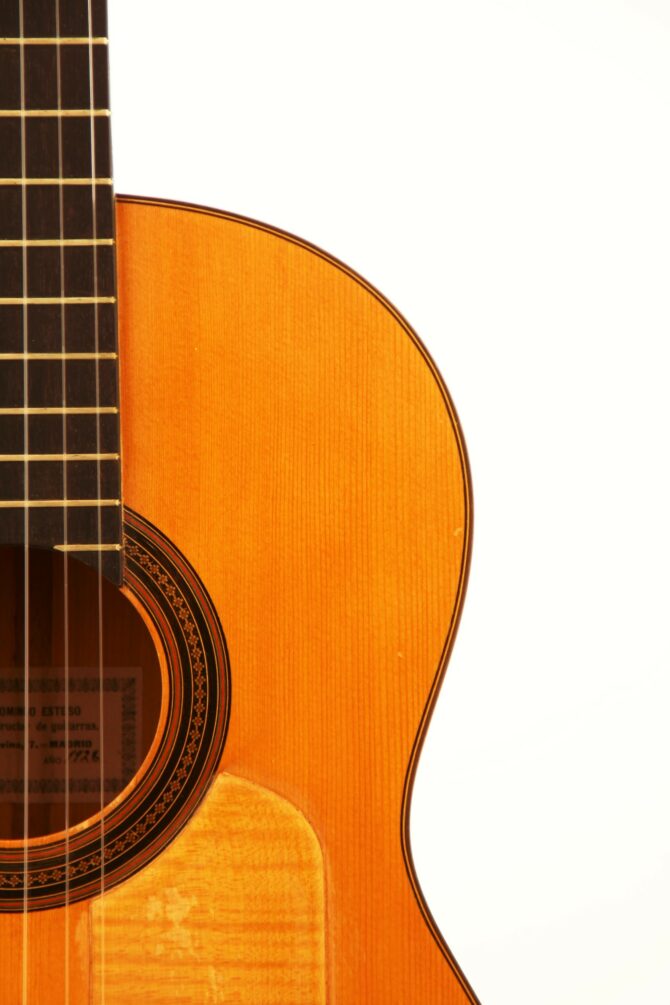 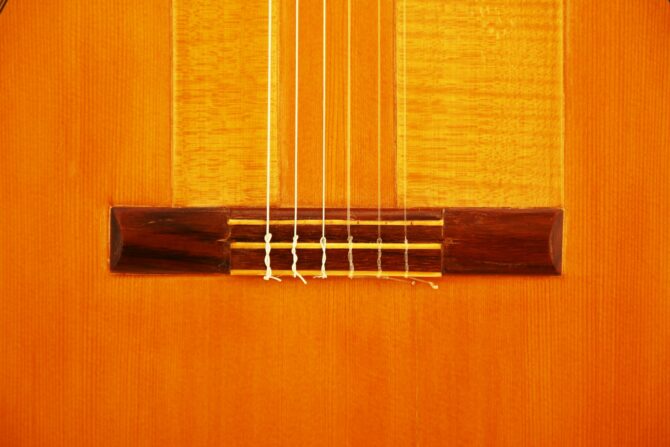 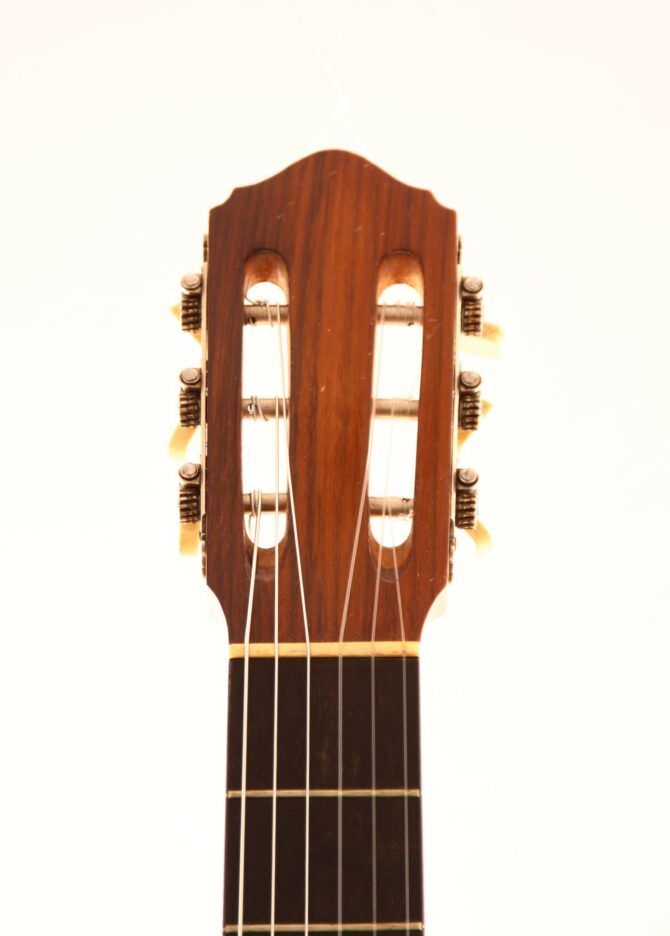 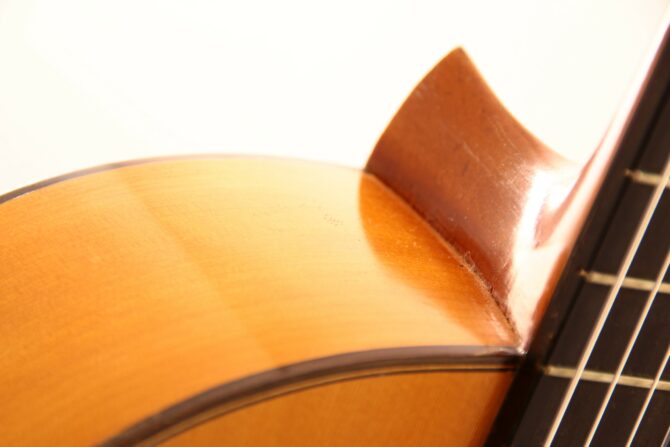 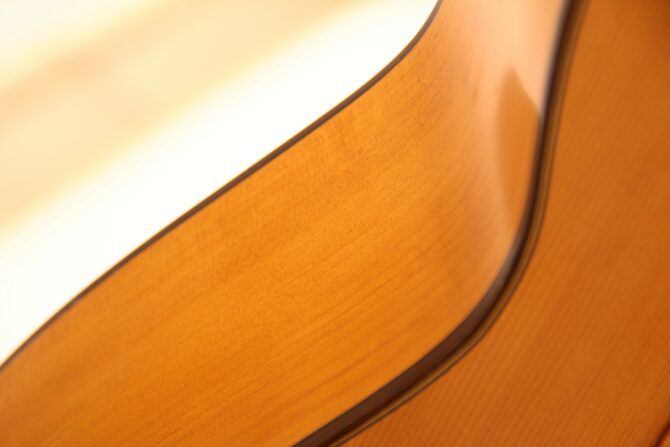 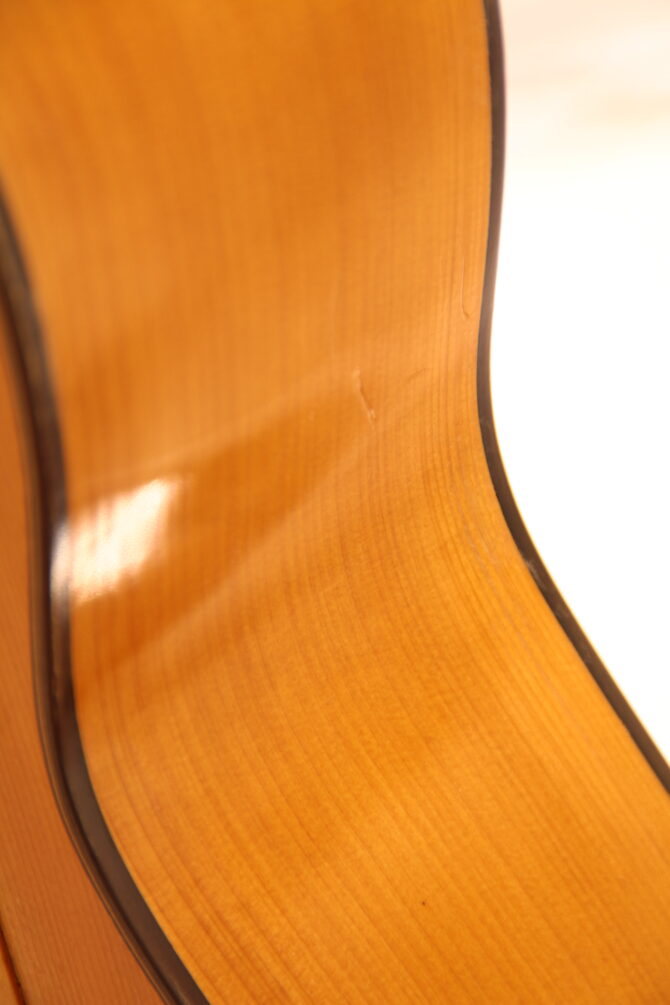 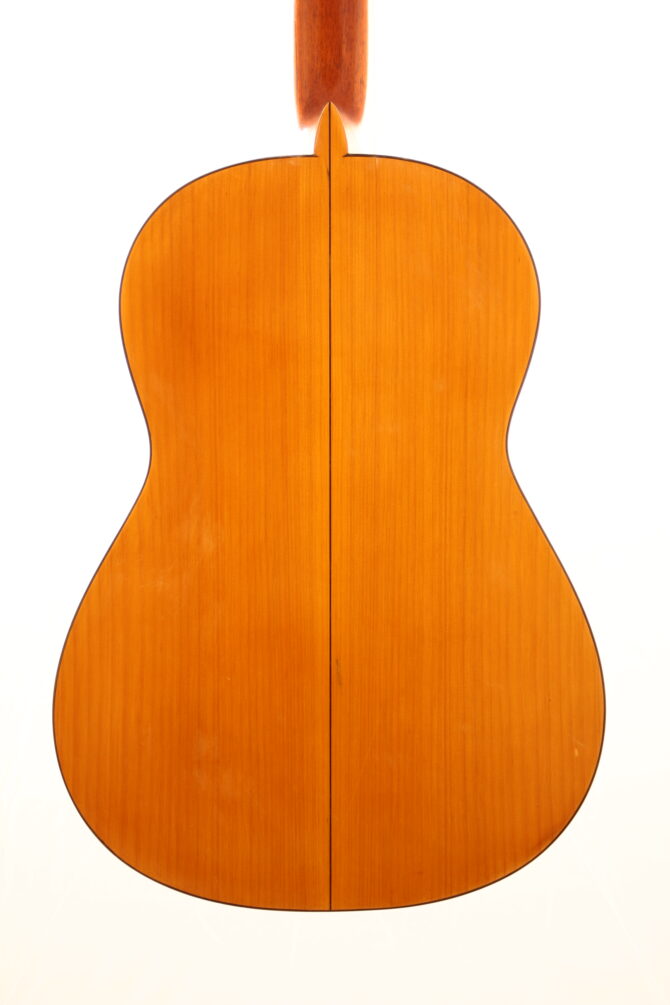 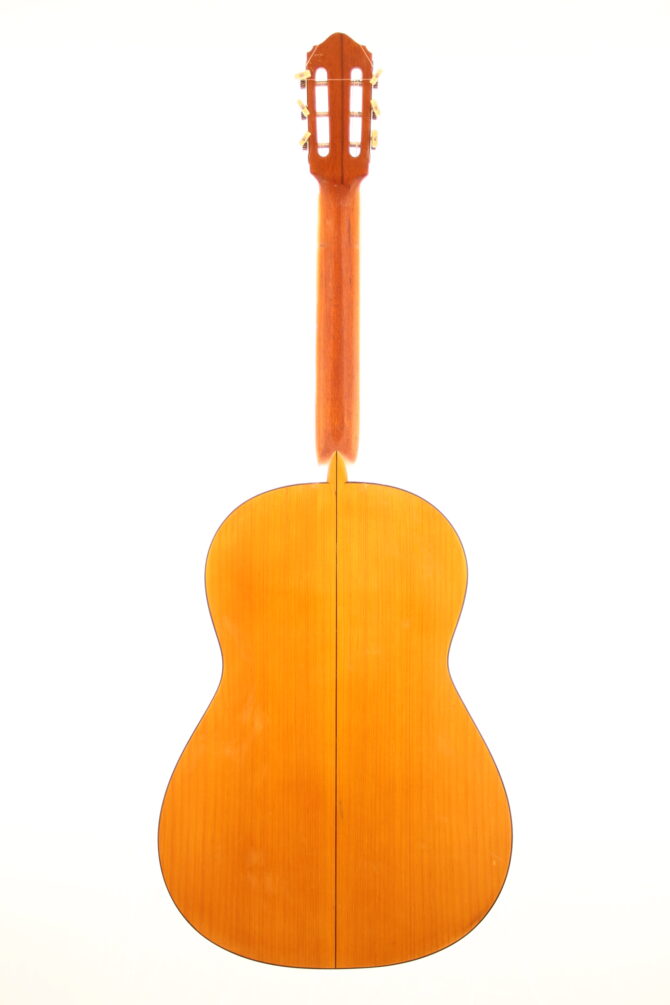 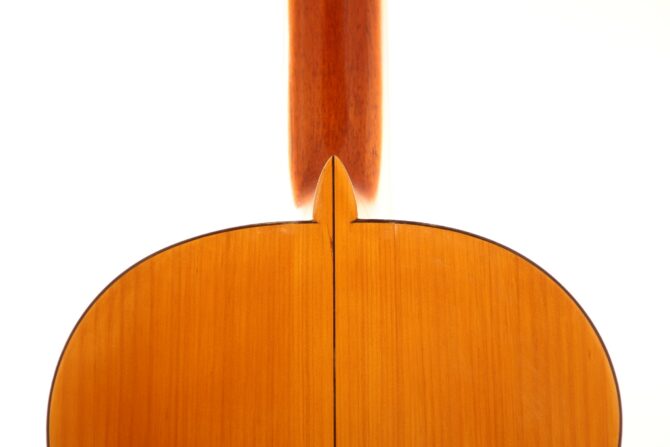 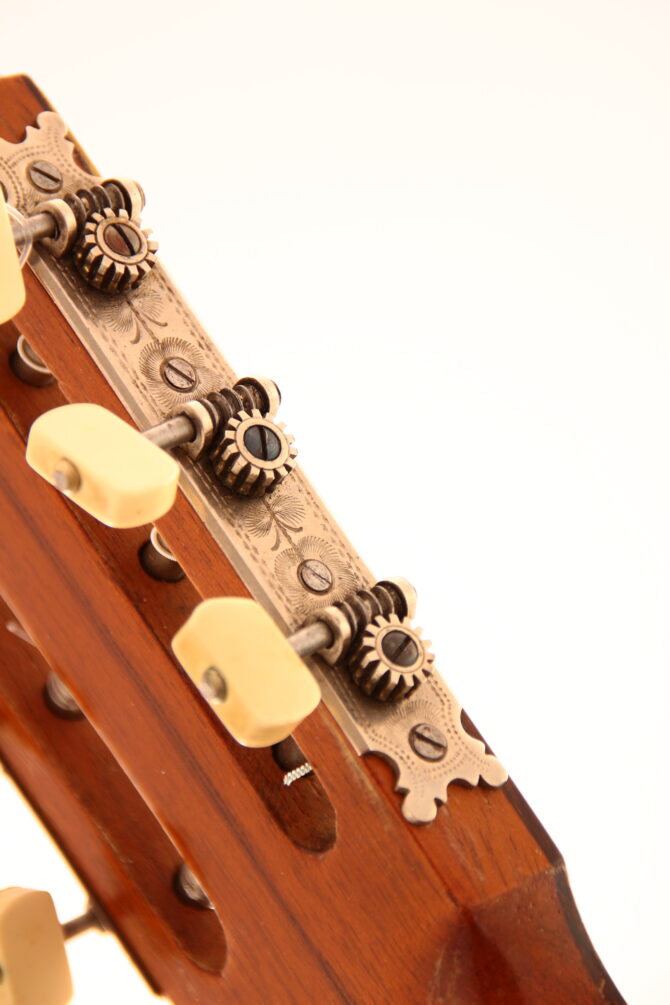 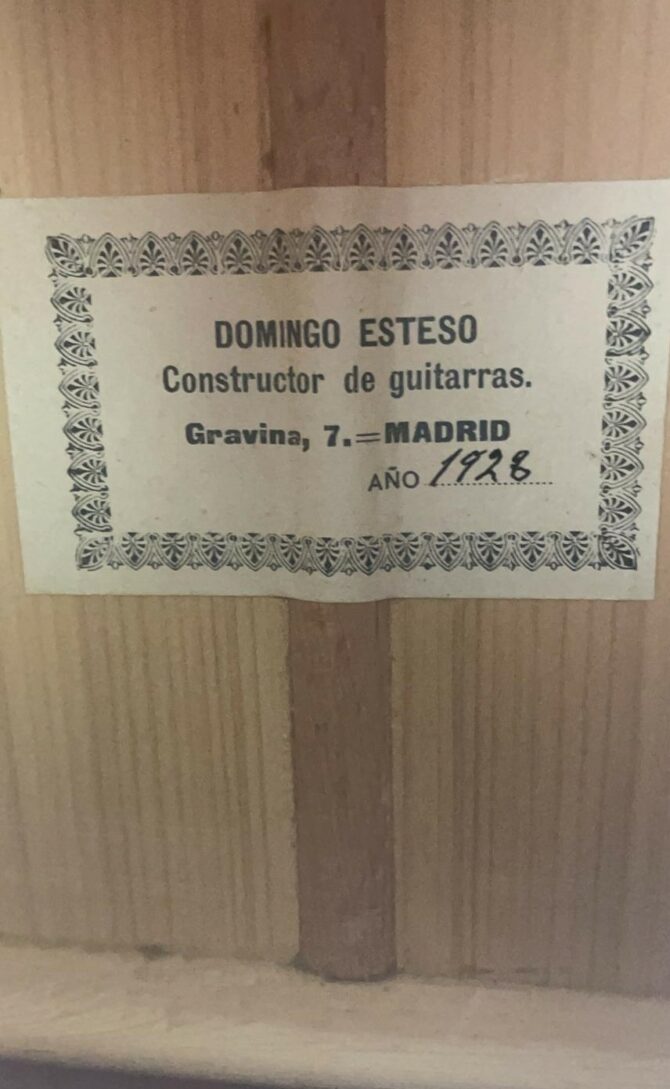 This guitar is from 1928 and is a very nice flamenco guitar. It is in dream condition with  only a tiny repair and all original parts. A one owner instrument. It has a spruce top and beautiful cypress back and sides. 655 mm cale length and 52 mm nut width.

It comes with an old case from the 50’s.