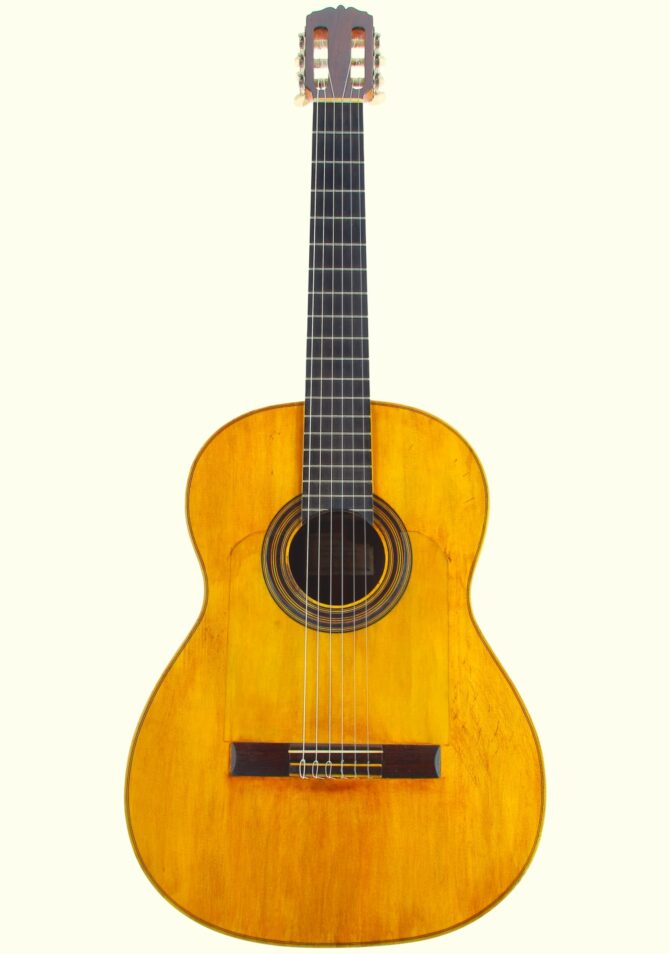 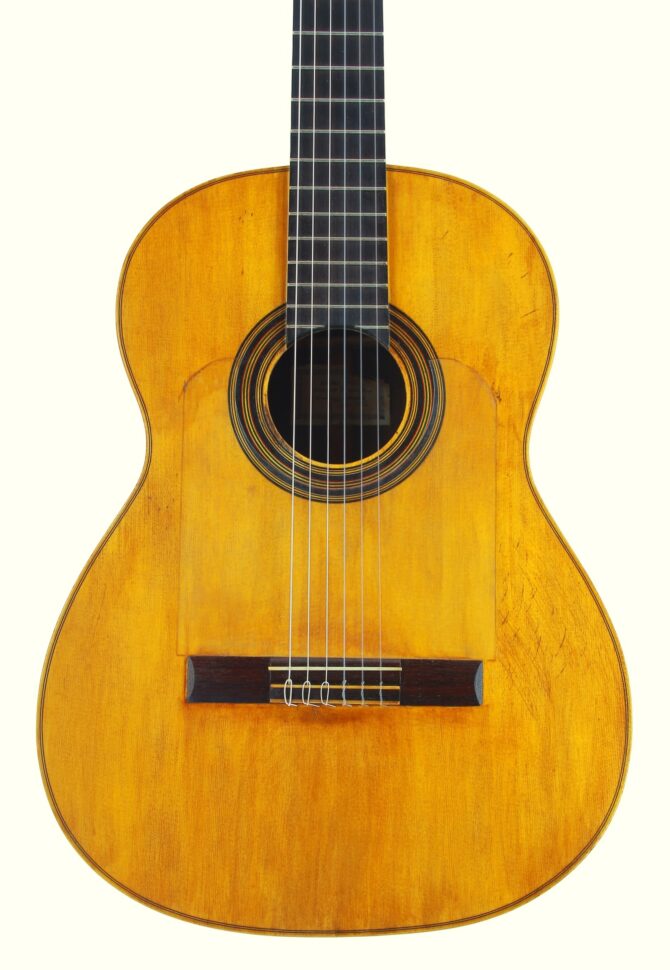 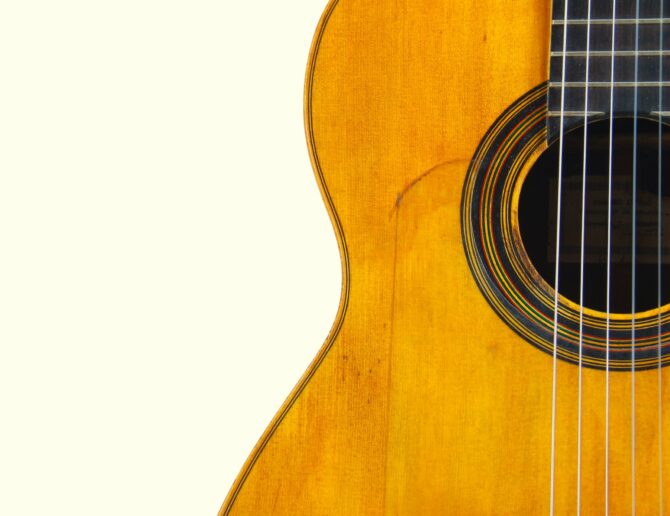 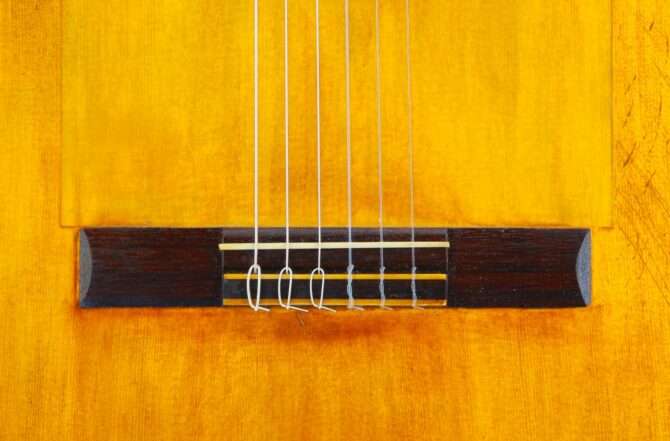 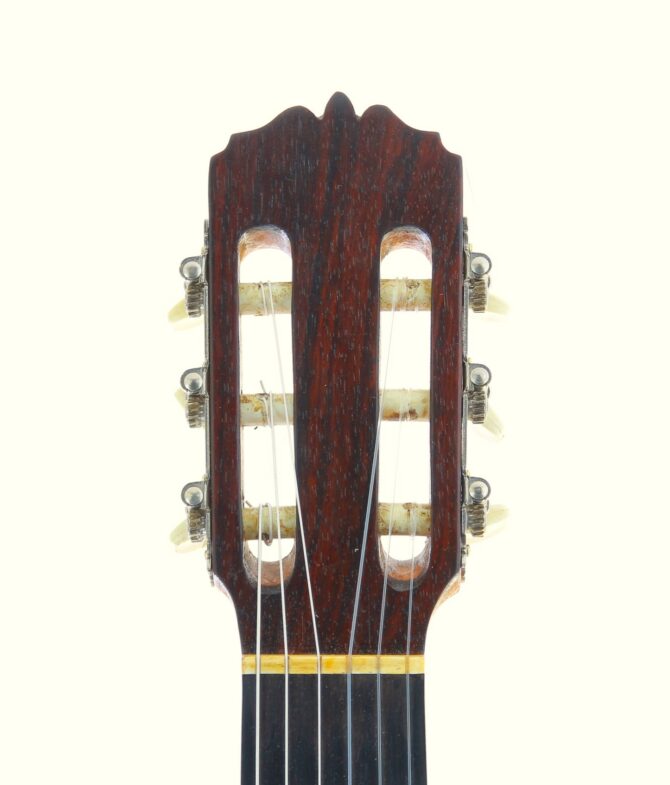 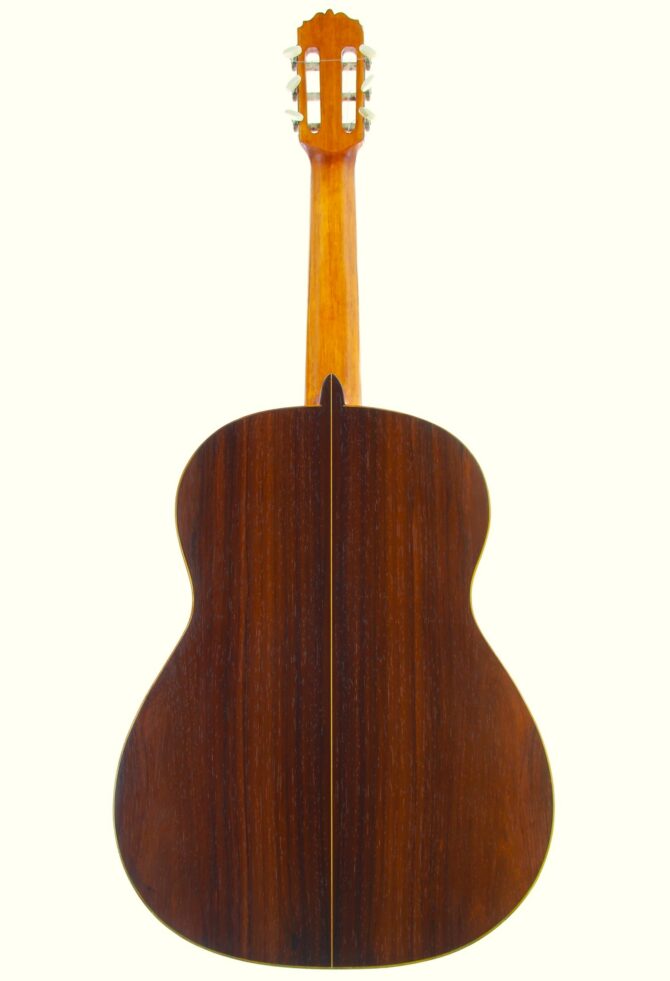 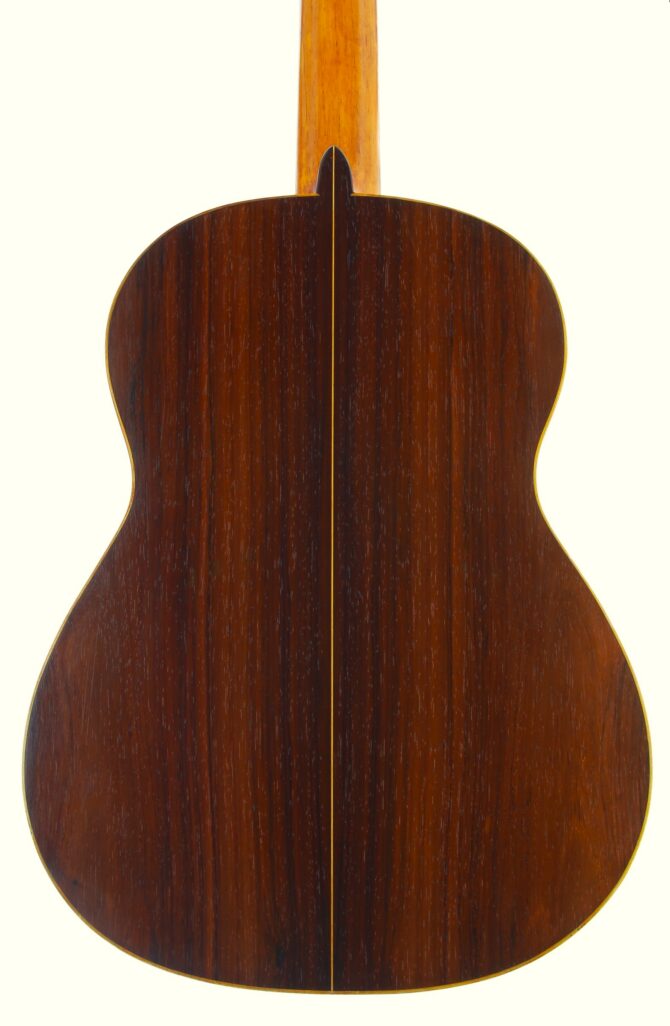 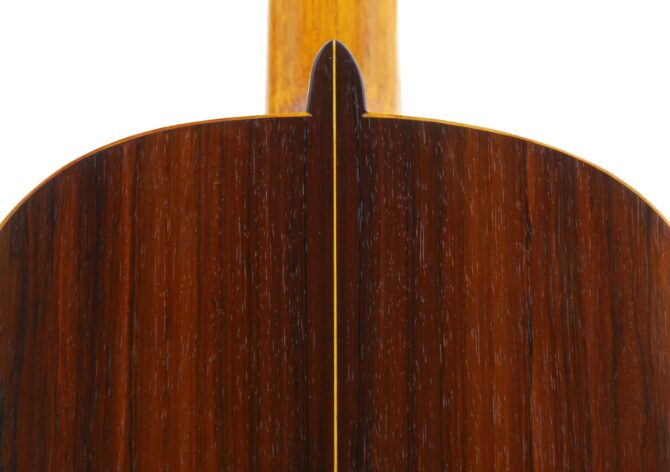 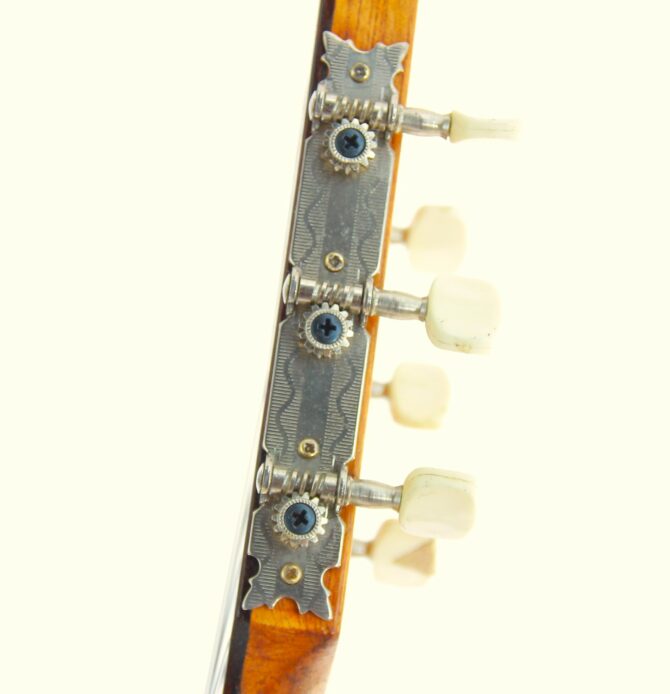 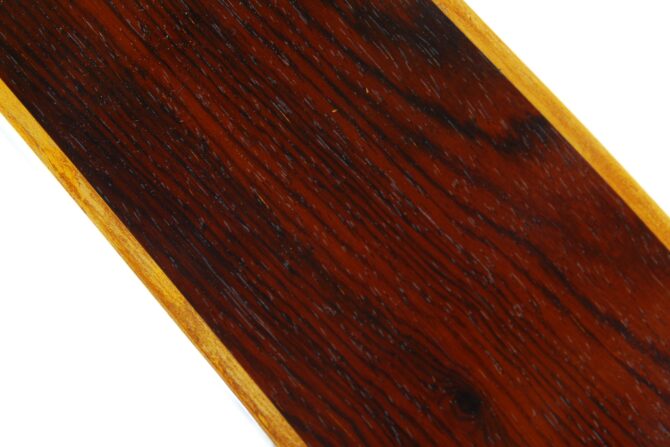 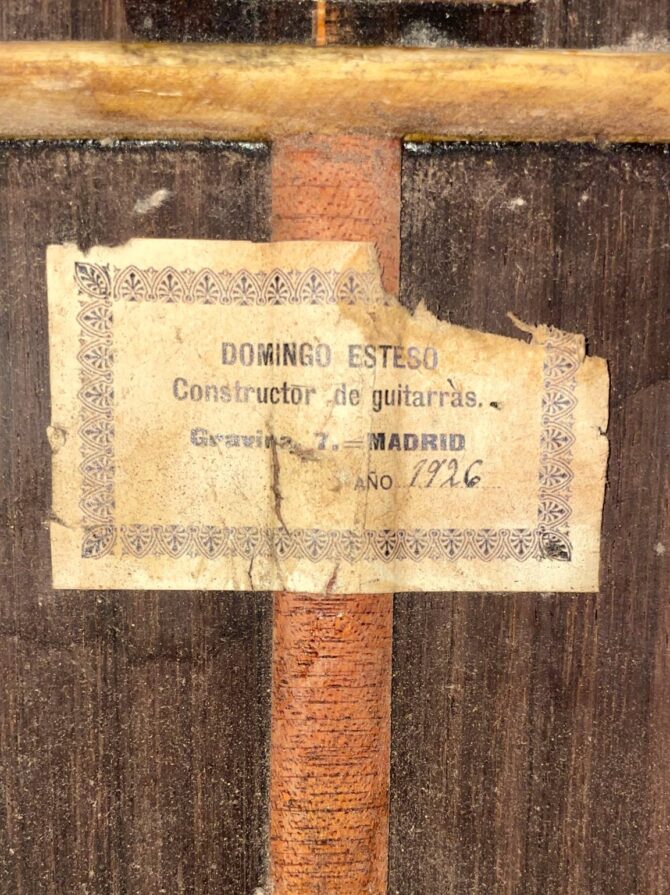 Domingo Esteso 1926 – a great guitar nicely built with great sound. We are not 100% sure if this guitar was built by Esteso himself, or somebody built it unter his supervision.

This guitar is from 1926 and is a very nice classical guitar. It is in good condition with only a few professional repairs and a refinish. It has a spruce top and beautiful rosewood back and sides. 652 mm cale length and 52 mm nut width.
We sell this guitar for a lower price, because we are not 100% sure if this guitar was actually built by Esteso. What we can say is, that this guitar is built in the style of Esteso’s guitars.

This guitar absolutely sounds fantastic. Its tonal richness is definitely on the same level as the best guitars of that time. It has developed a characterful vintage sound. The sweetness of the sound is deeply charming.
This very poetic instrument is truly one of a kind. The clear and charming trebles have a wonderful timbre and the deep dark basses have a very mysterious aura as well as a unique Spanish spontaneity.
The guitar also has a remarkable balance and the tones virtually float in the room while maintaining harmonic richness.

It comes with an old guitar case.