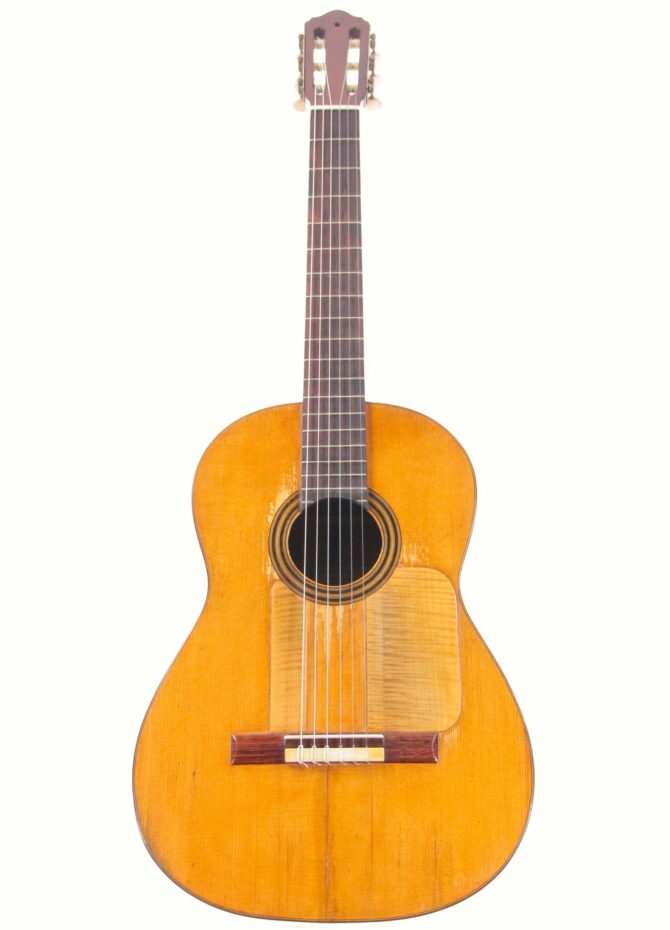 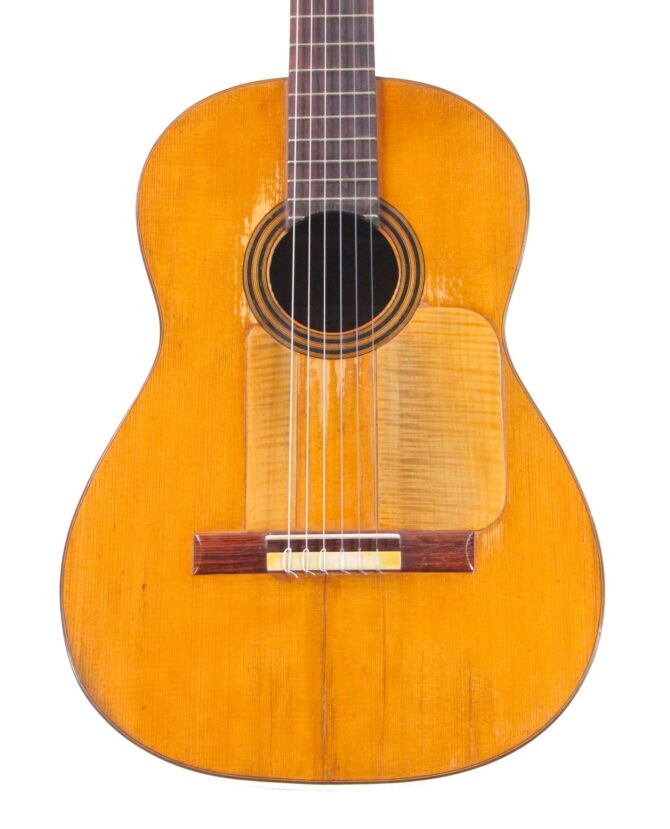 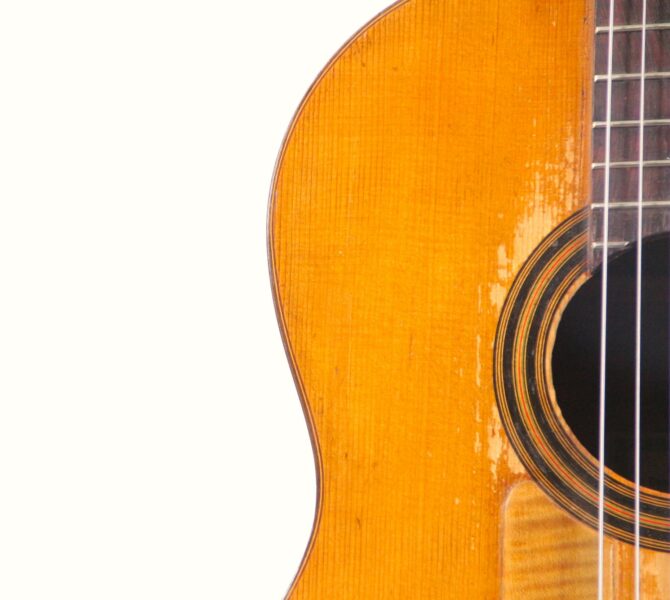 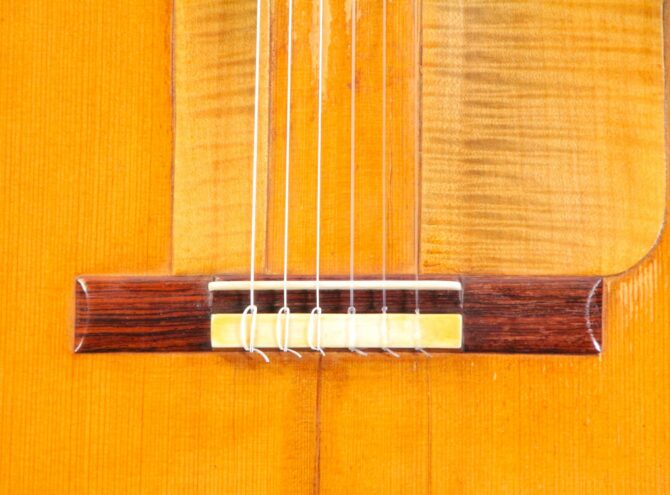 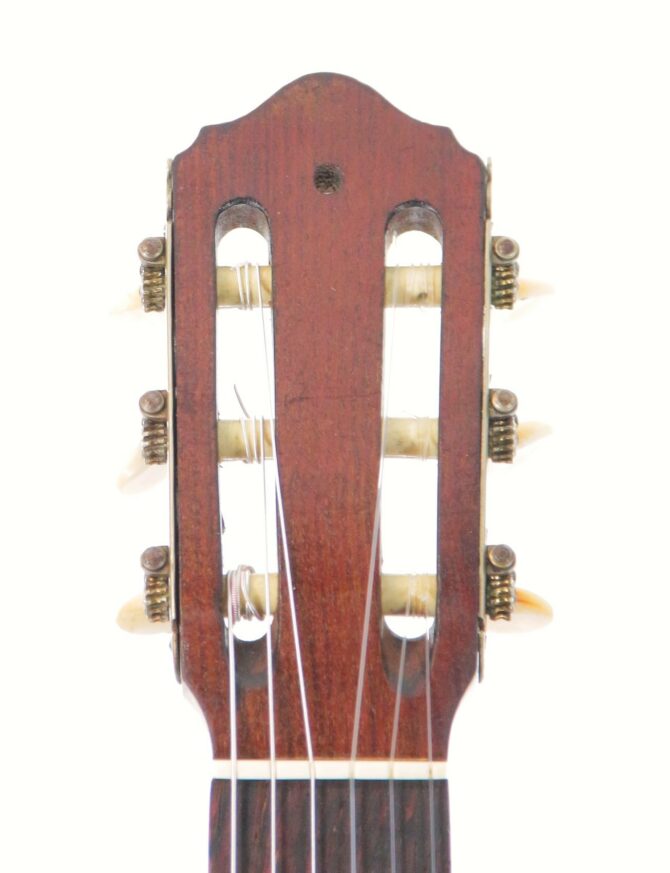 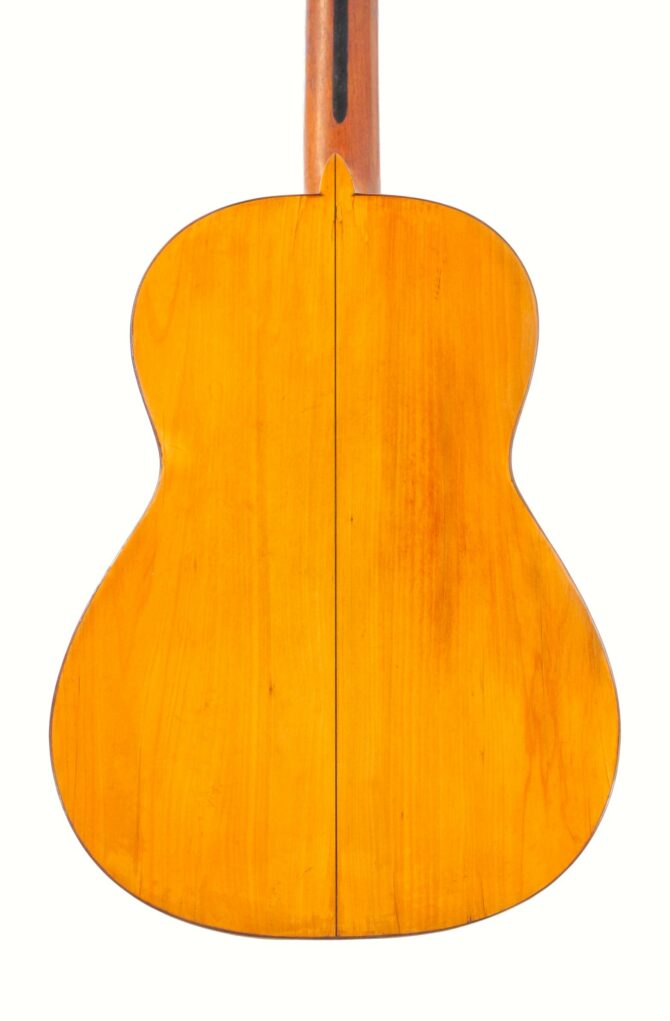 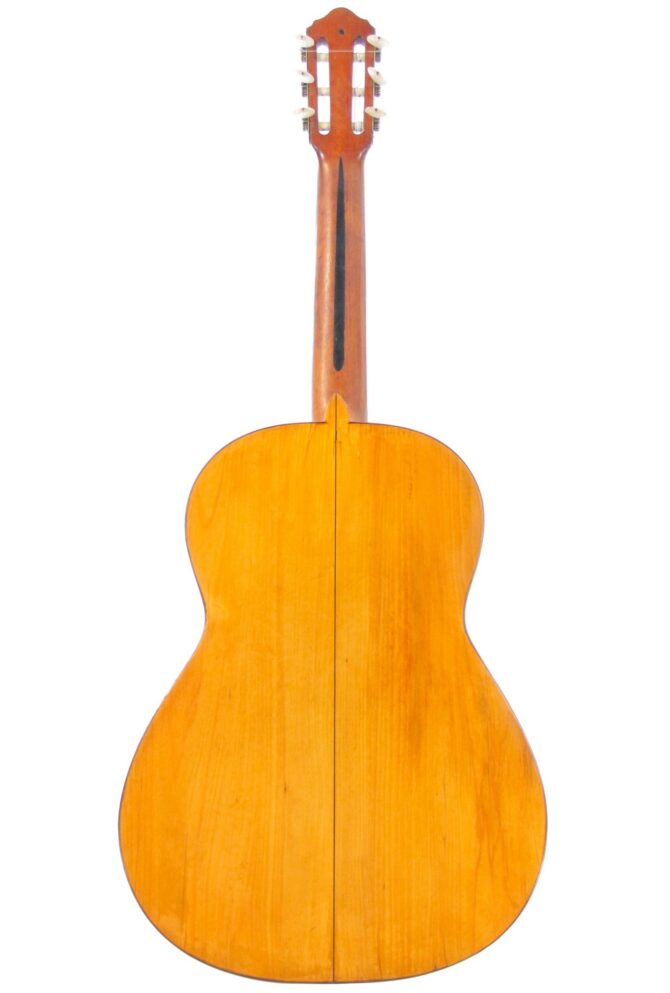 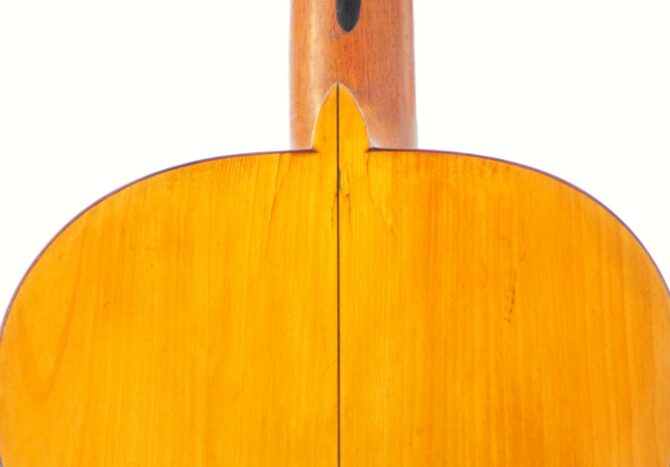 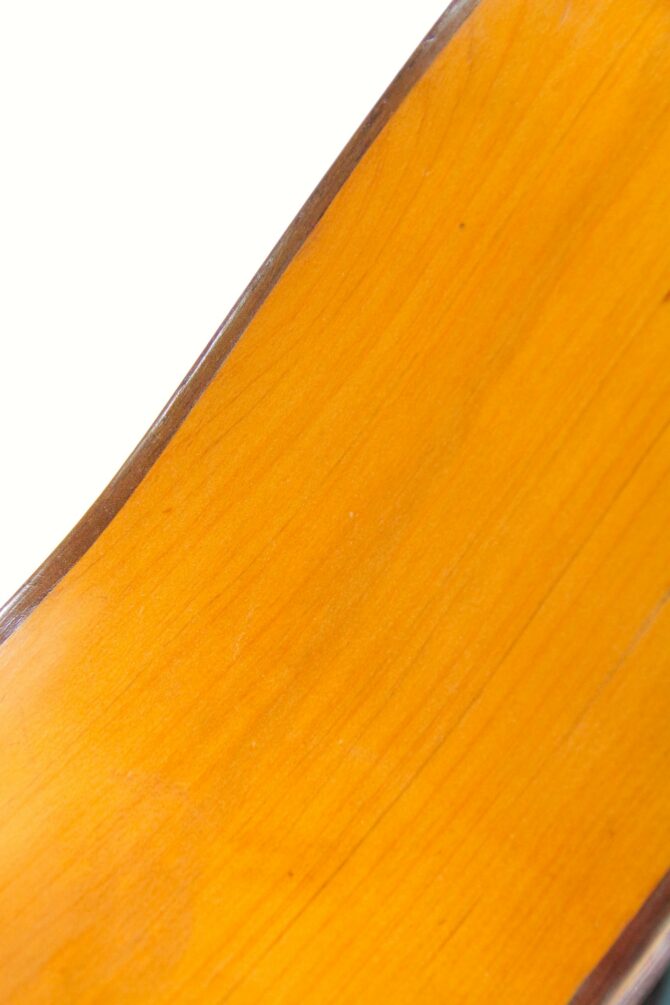 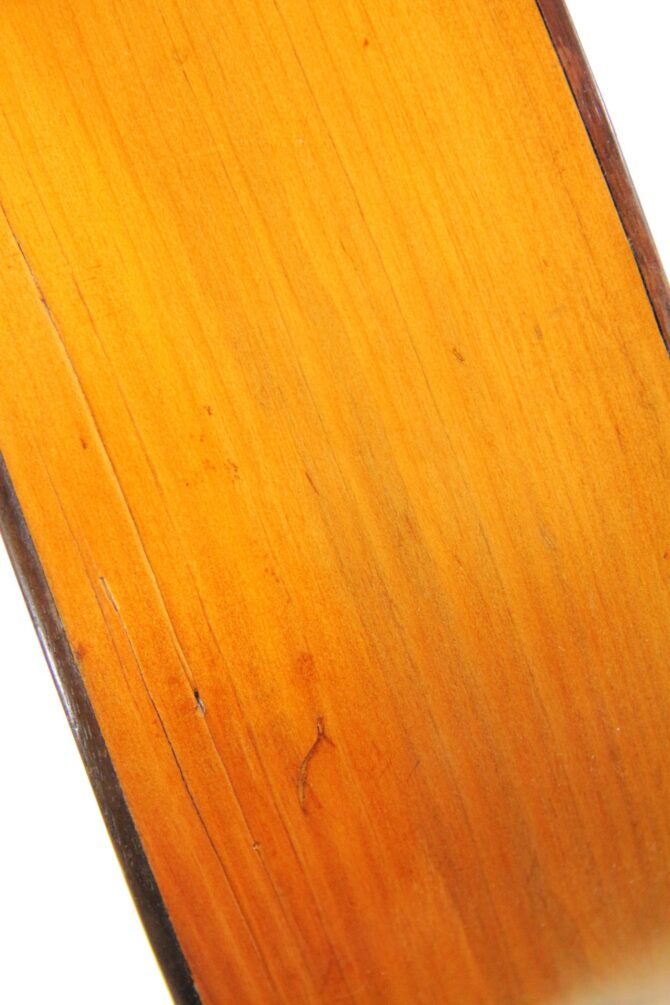 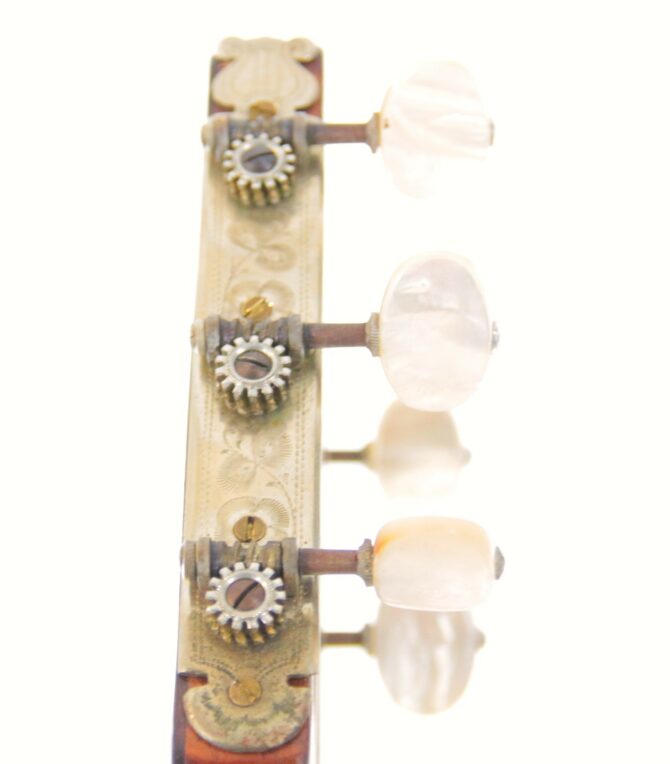 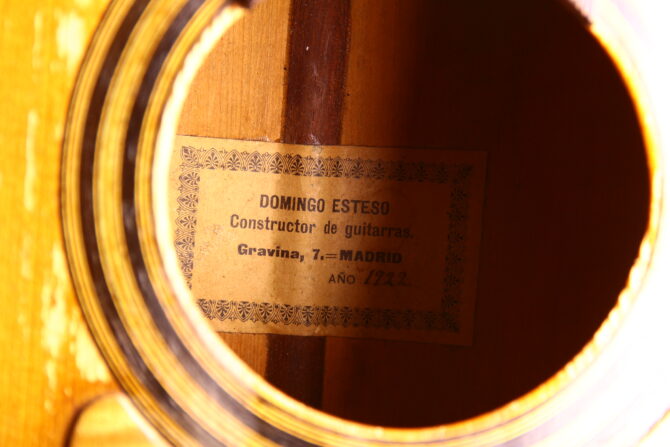 This guitar is from 1922 and is a very nice flamenco guitar.

Condition wise it has several well-repaired cracks to the body – fortunately despite the work done, it still retains its authentic sound and plays very well.

The scale lenght is 654 mm and the nut width 52 mm. It has a spruce top and cypress back and sides.