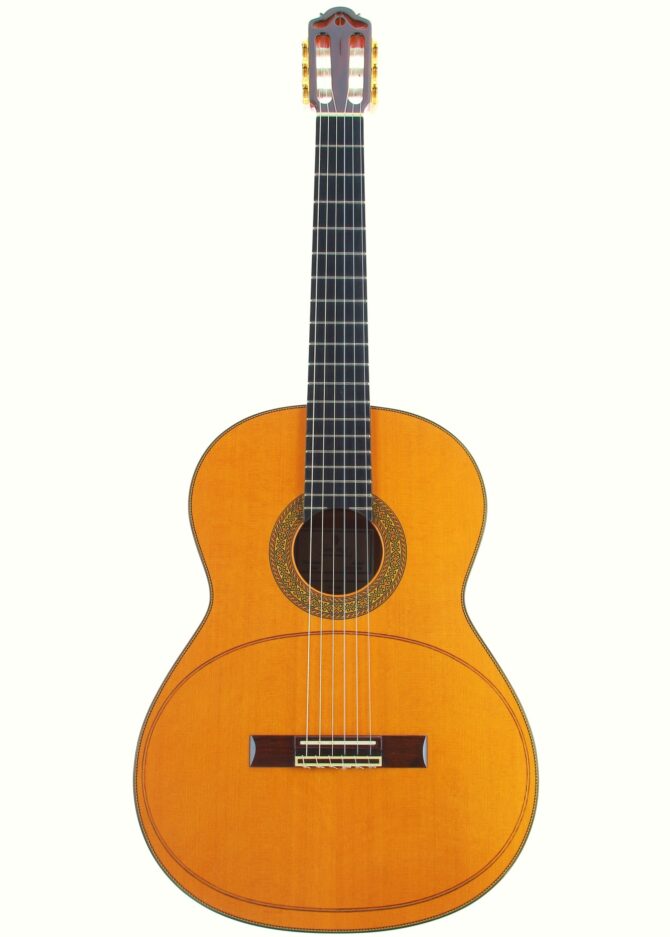 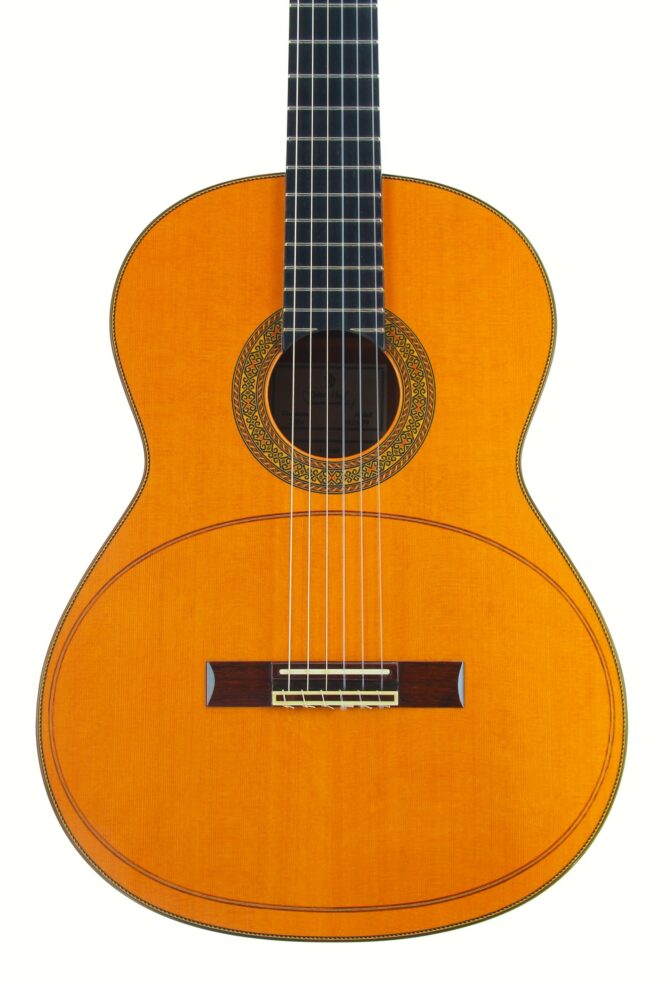 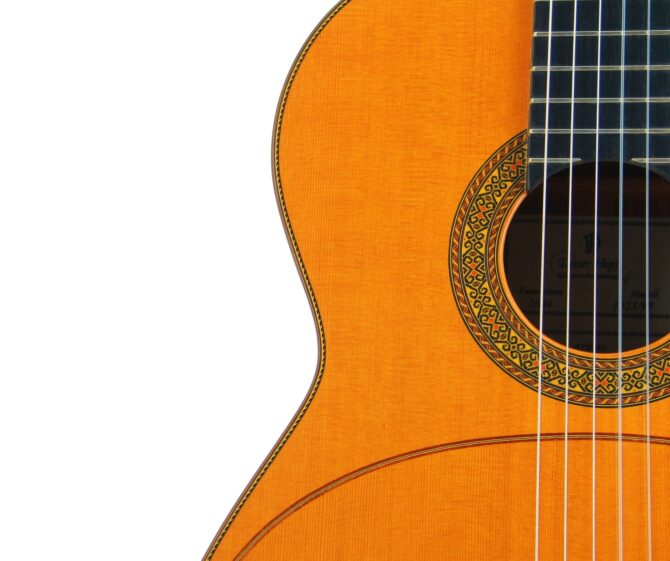 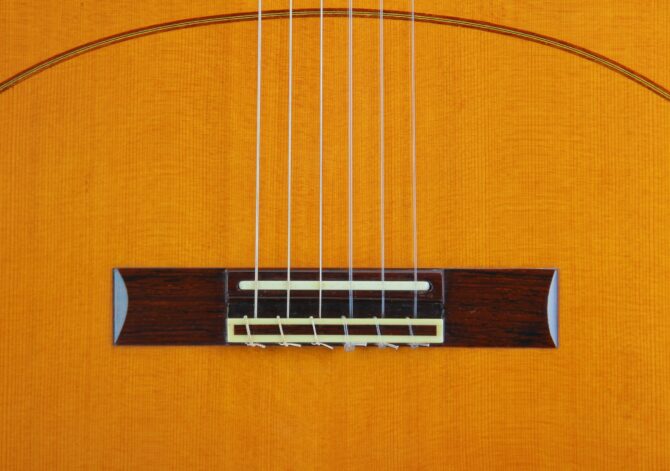 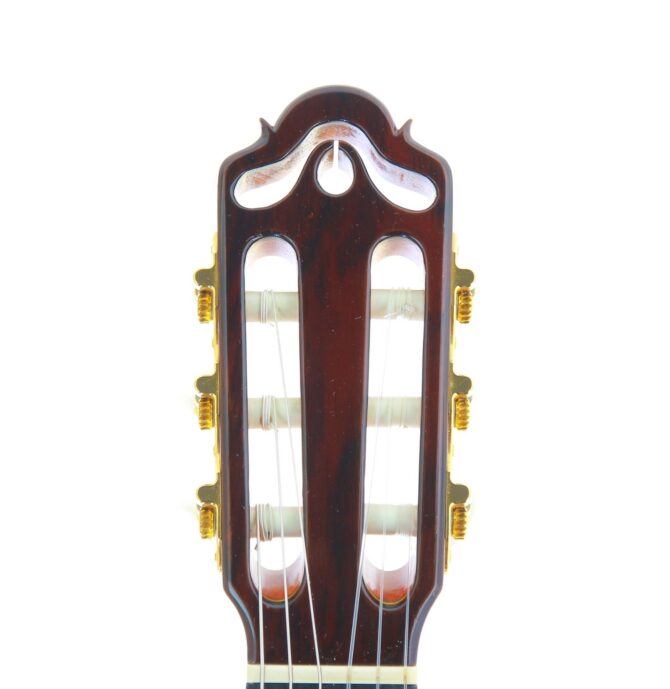 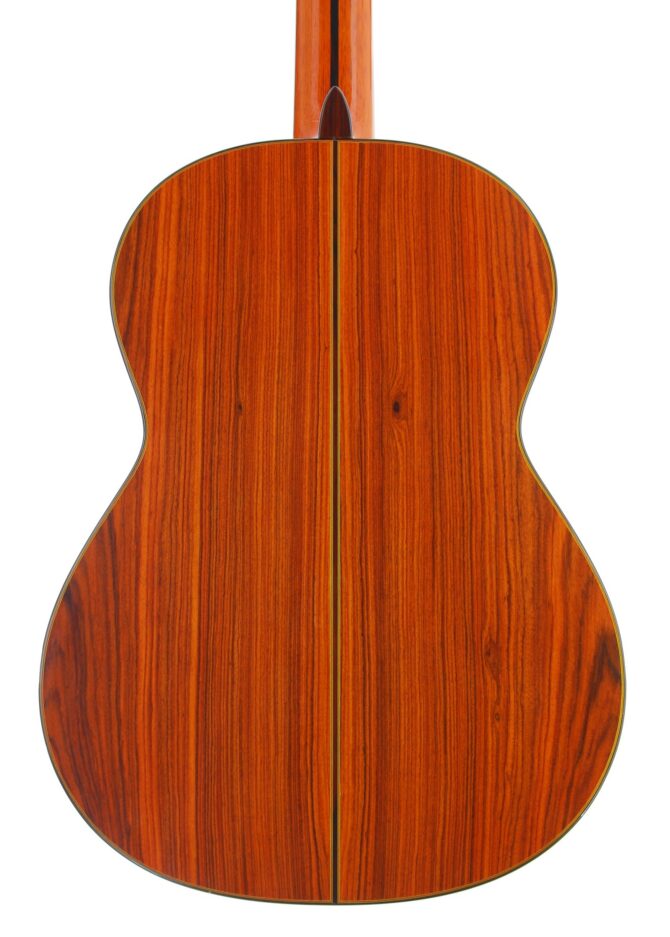 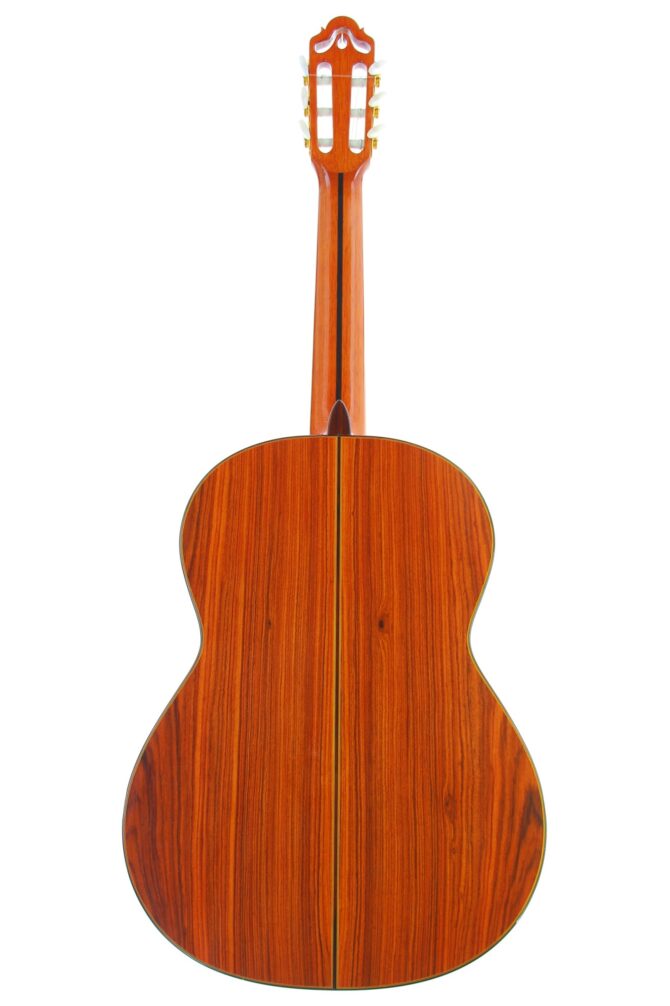 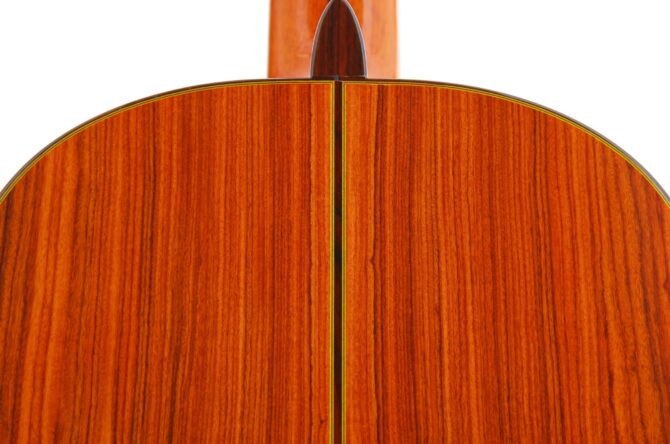 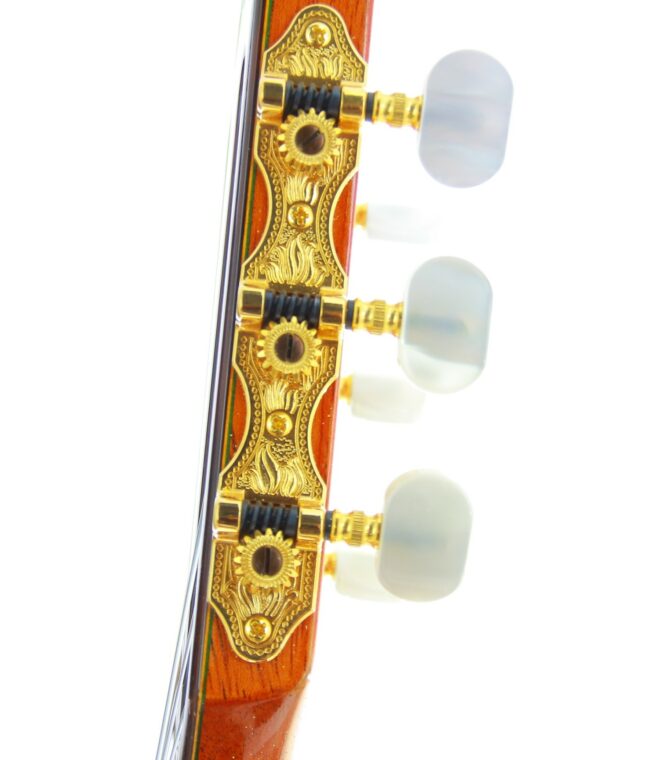 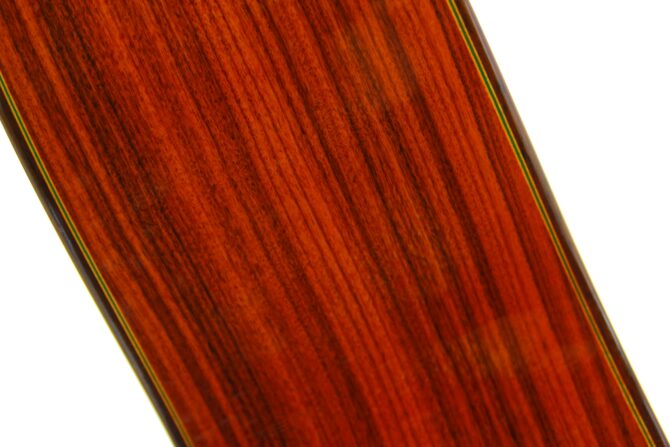 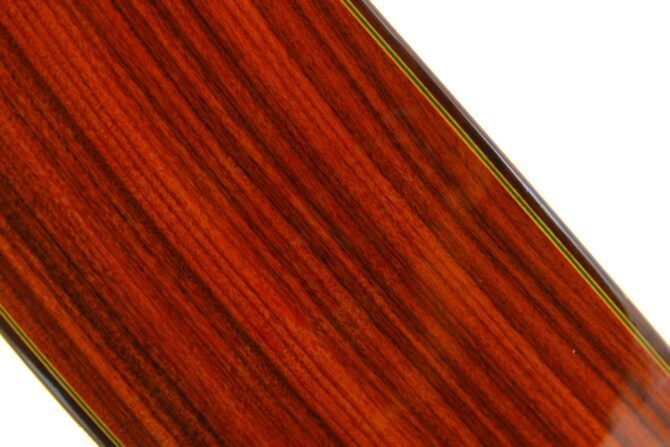 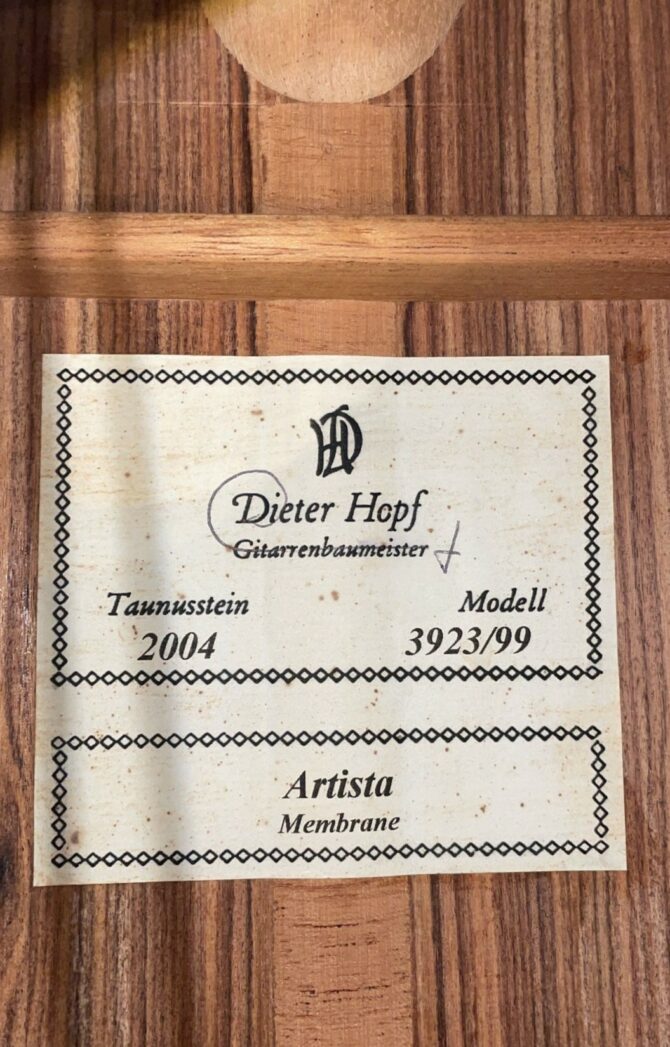 Dieter Hopf’s family has been building for over three centuries and this Artista Membrane uses the newest techniques. This unique design is a limited double top – the marked oval area visible on the cedar top is less than 2mm thick, but lattice braced with a carbon fiber layer. The result is an exceptionally loud voice, its tone tempered by the standard cedar top areas, with great projection.
This guitar is also one of the last instruments built by Dieter Hopf, before the production was handed over to Manuel Adalid.

In its general construction beyond the top, the Artista Membrane shares many features with other modern high quality classical guitars. The top is Red Cedar, the sides, back and headplate are Palo Escrito, a true Rosewood from Mexico, favoured by the builders in Paracho. The neck, which uses a traditional Spanish ‘slipper heel’ with the sides tied into the heel, is Spanish Cedar with Ebony for the fingerboard and bridge. The tuners are by Schaller. The nut and saddle are bone. As common for concert style classical guitars, this uses a 650 mm scale length and 52 mm nut.

This example dates to 2004 and is in very nice condition, almost like new. Its voice is notably quite loud, yet without harshness. The combination of double and single top seems to work quite well for tempering the negative tonal effects of high volumes, which can sometimes be brash rather than sweet and well rounded.