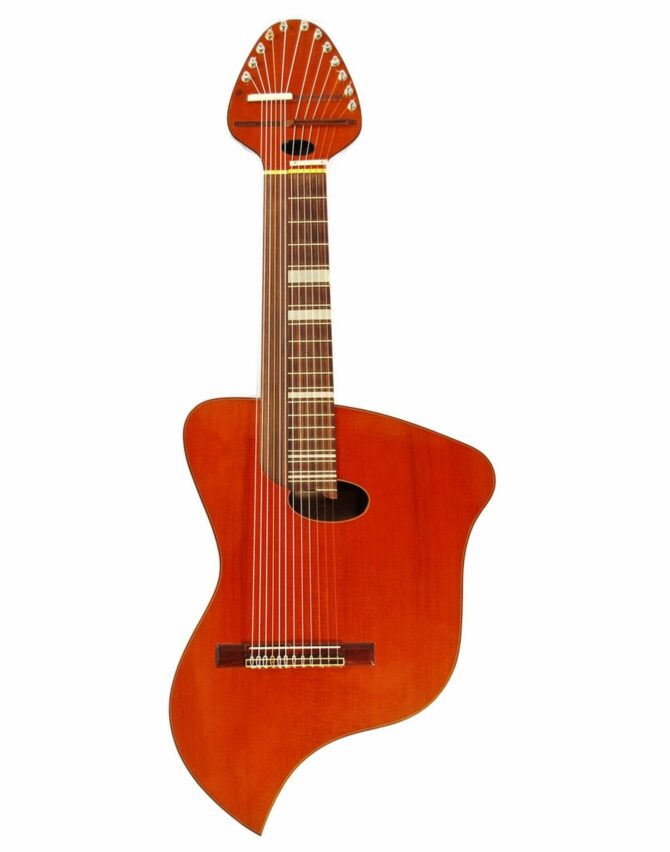 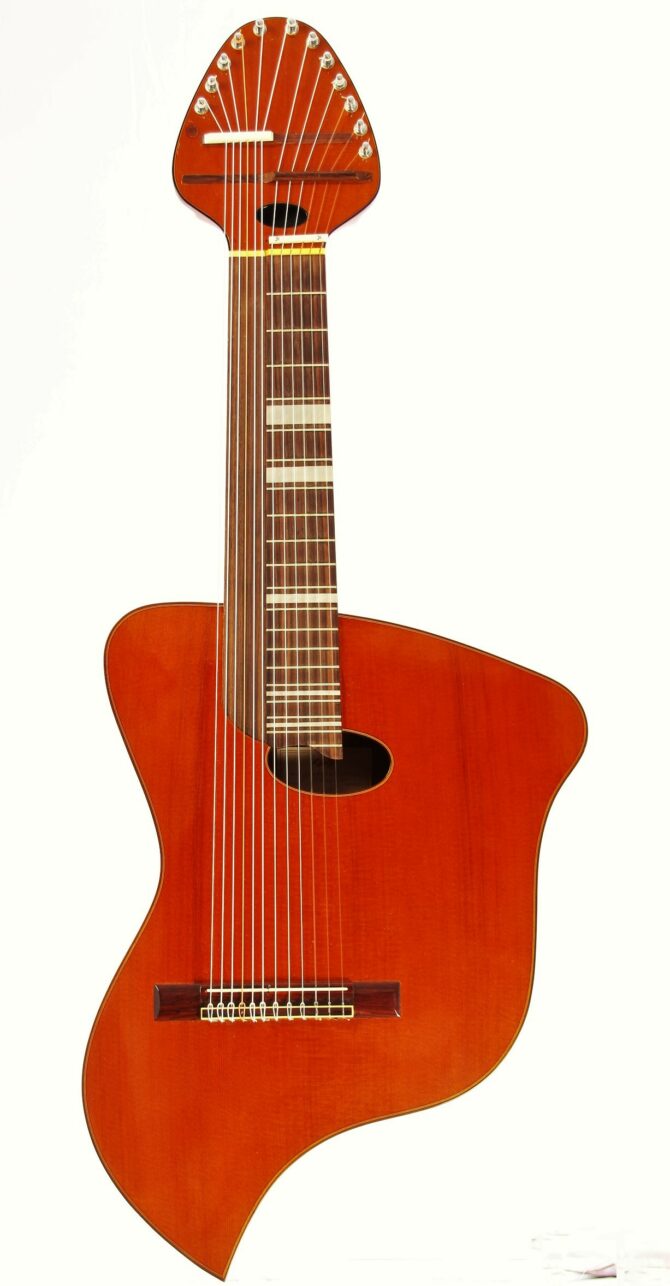 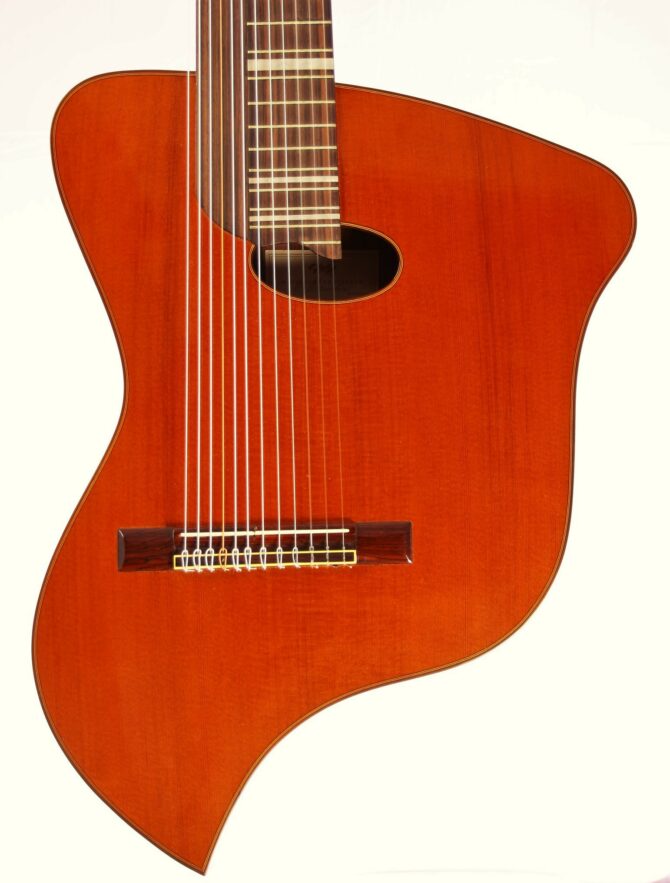 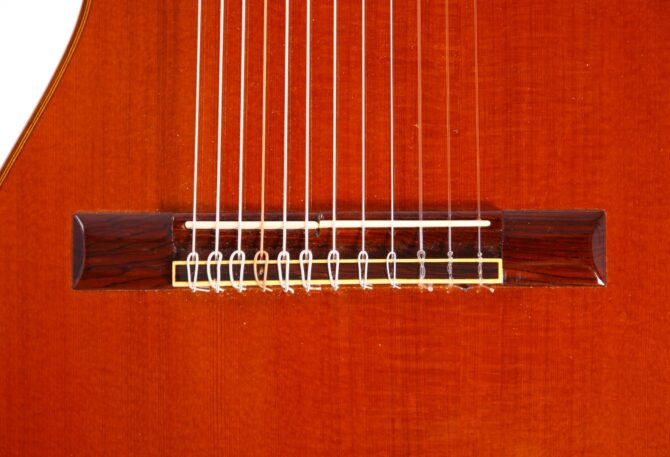 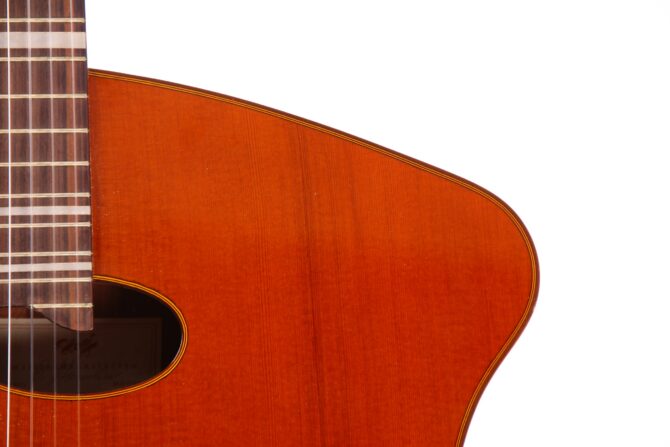 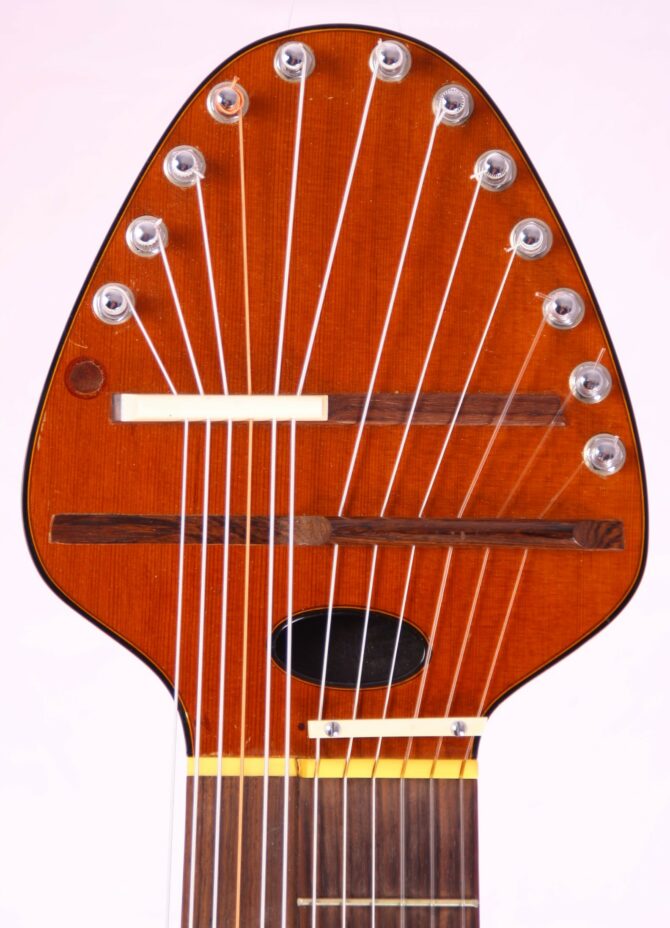 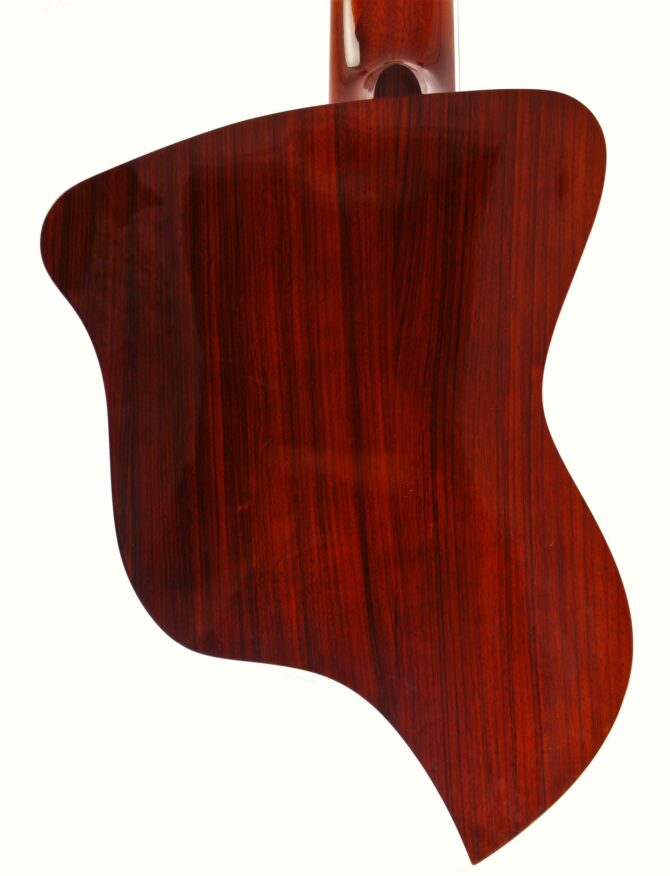 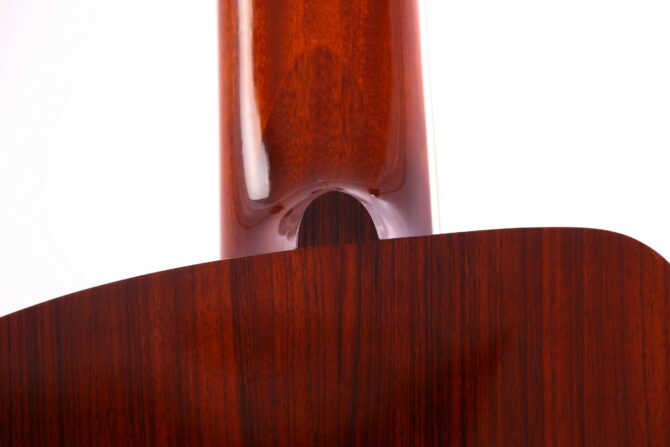 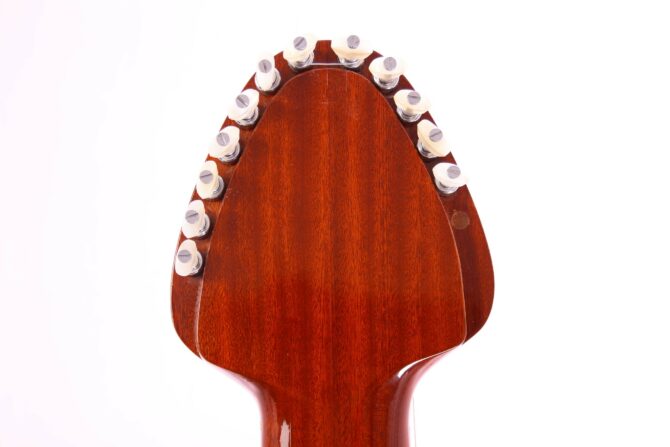 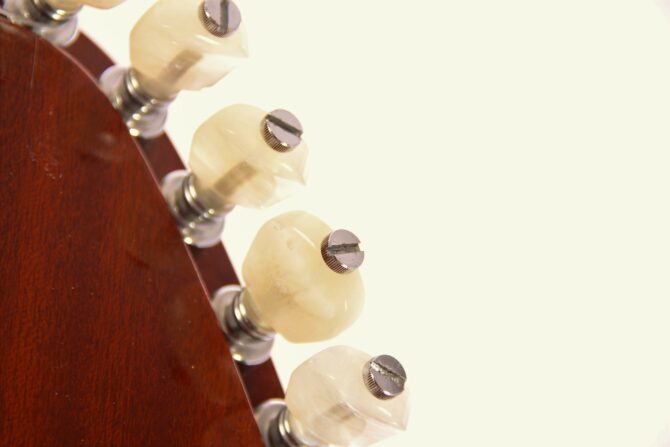 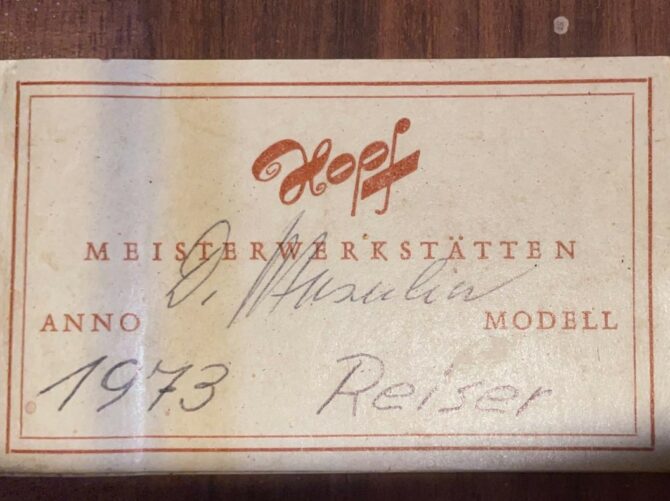 This guitar from the workshop of Dieter Hopf is a true one-of-a-kind. This 12-string concert guitar was built especially for the famous conductor Friedemann Karl Riehle. He was the only owner of this guitar!

This guitar is something special and has special sound characteristics.
First of all the guitar is enormously powerful and impresses with a long lasting sustain. The sound quality can be described as mystical with an almost magical attraction. The guitar fills the entire room with the most beautiful tones and impresses with a breathtaking variety of timbres. An absolutely noble instrument on concert level – very finely built for highest tonal demands.

The guitar was recently brought to Dieter Hopf for appraisal and it will come with an certificate.
The top is made of cedar, back and sides of Indian Rosewood. The scale length is 660 mm.

The condition of the guitar is very good. The guitar has only slightest signs of use.
It comes with a beautiful and extremely noble guitar case!