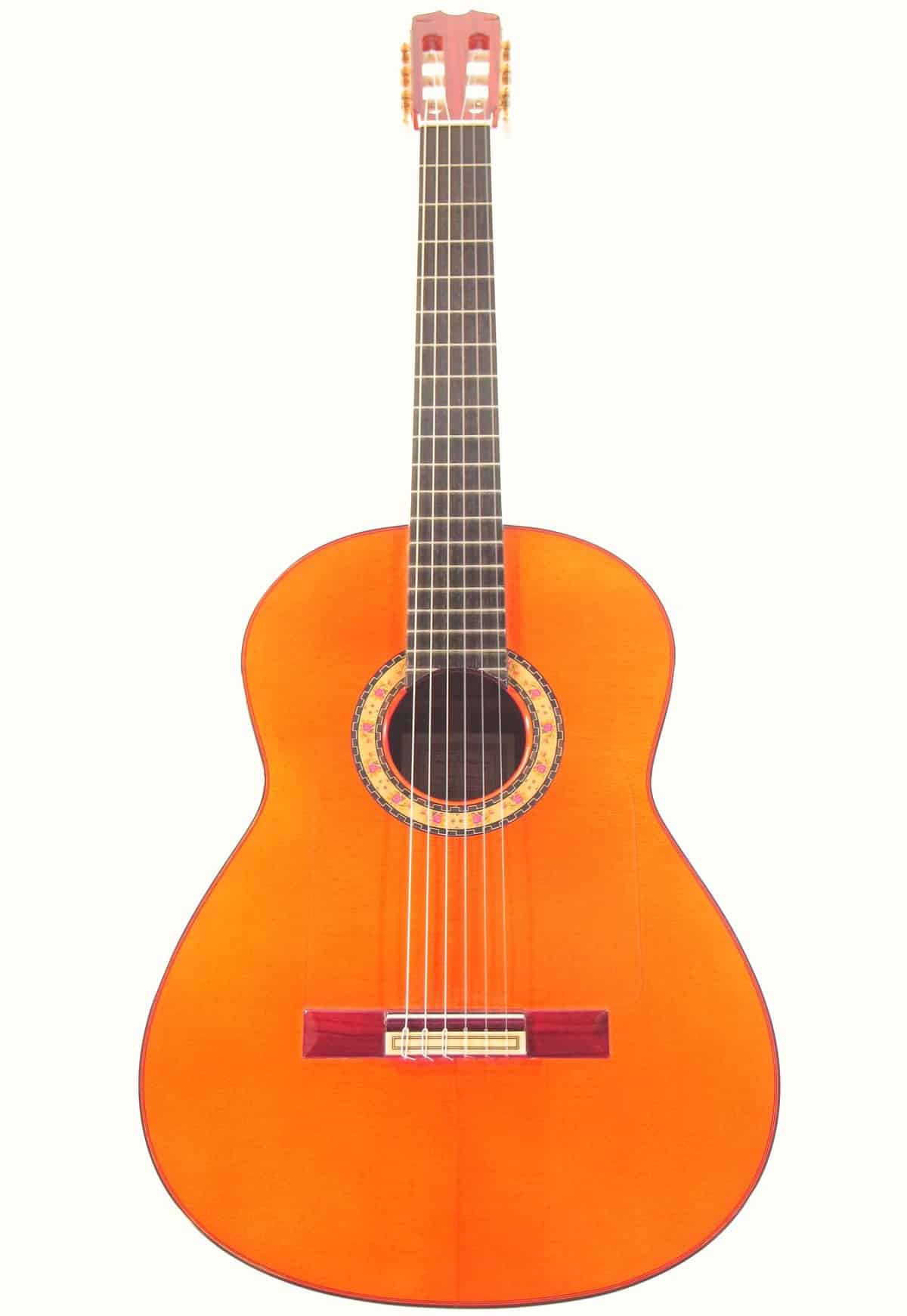 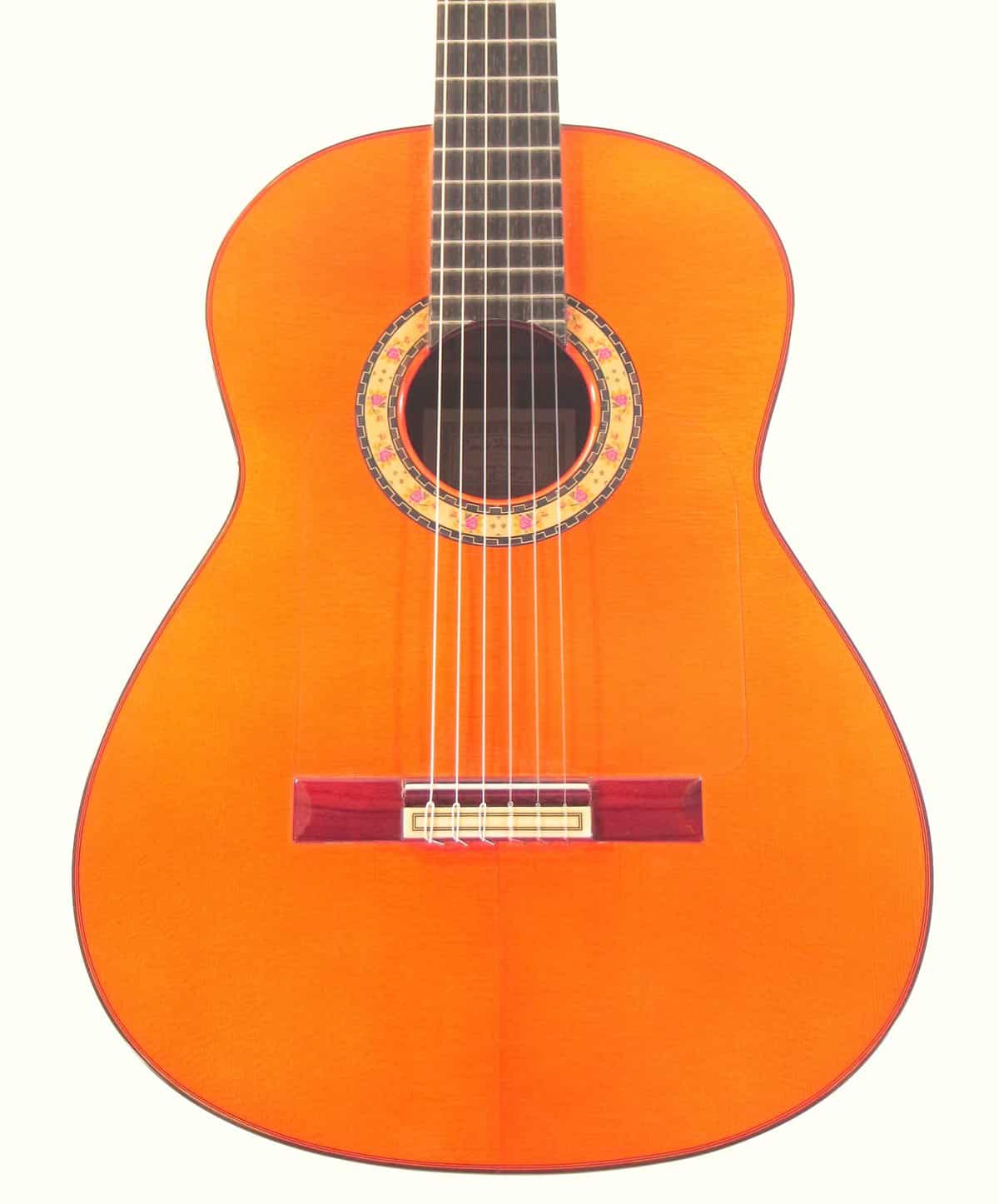 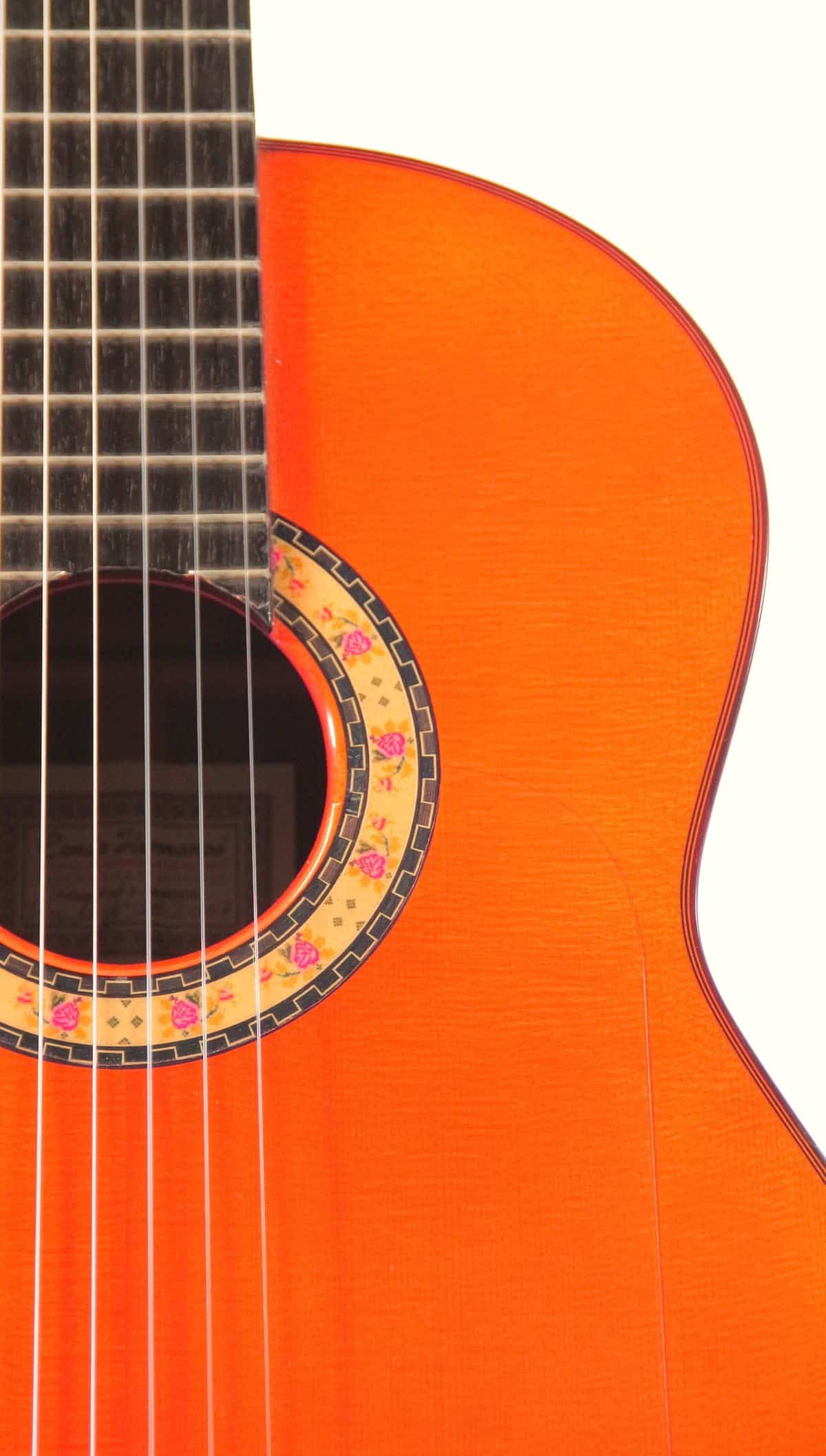 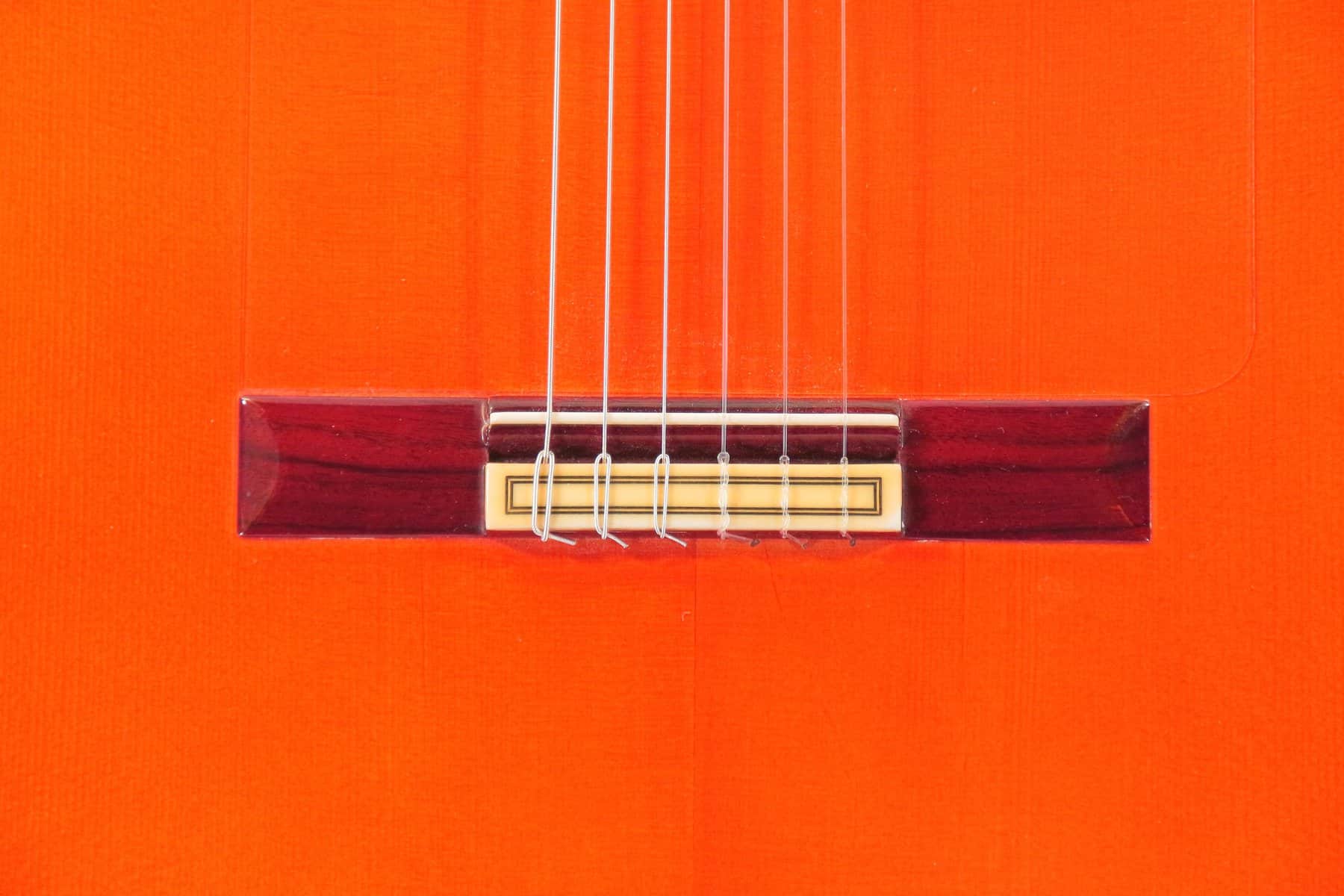 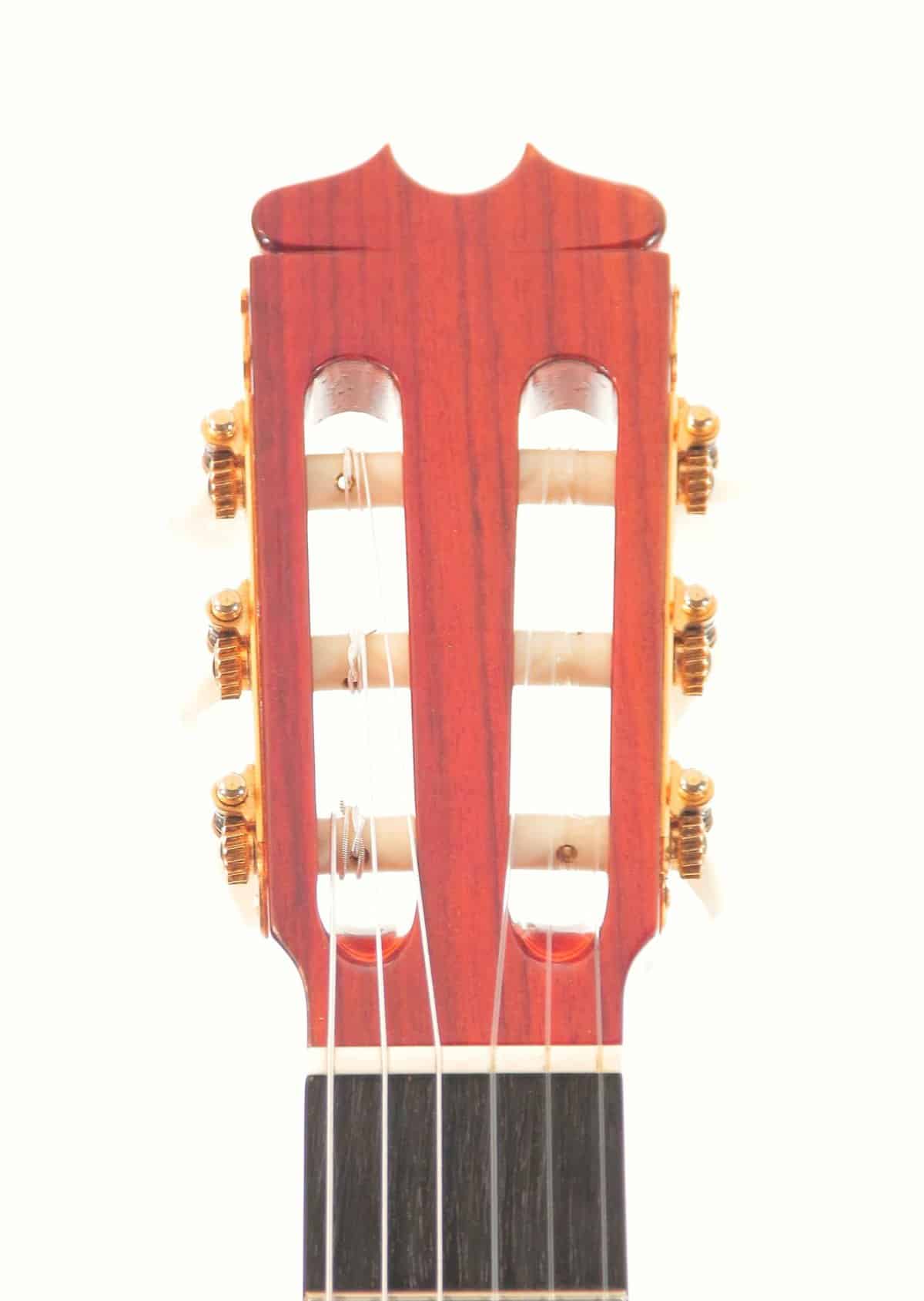 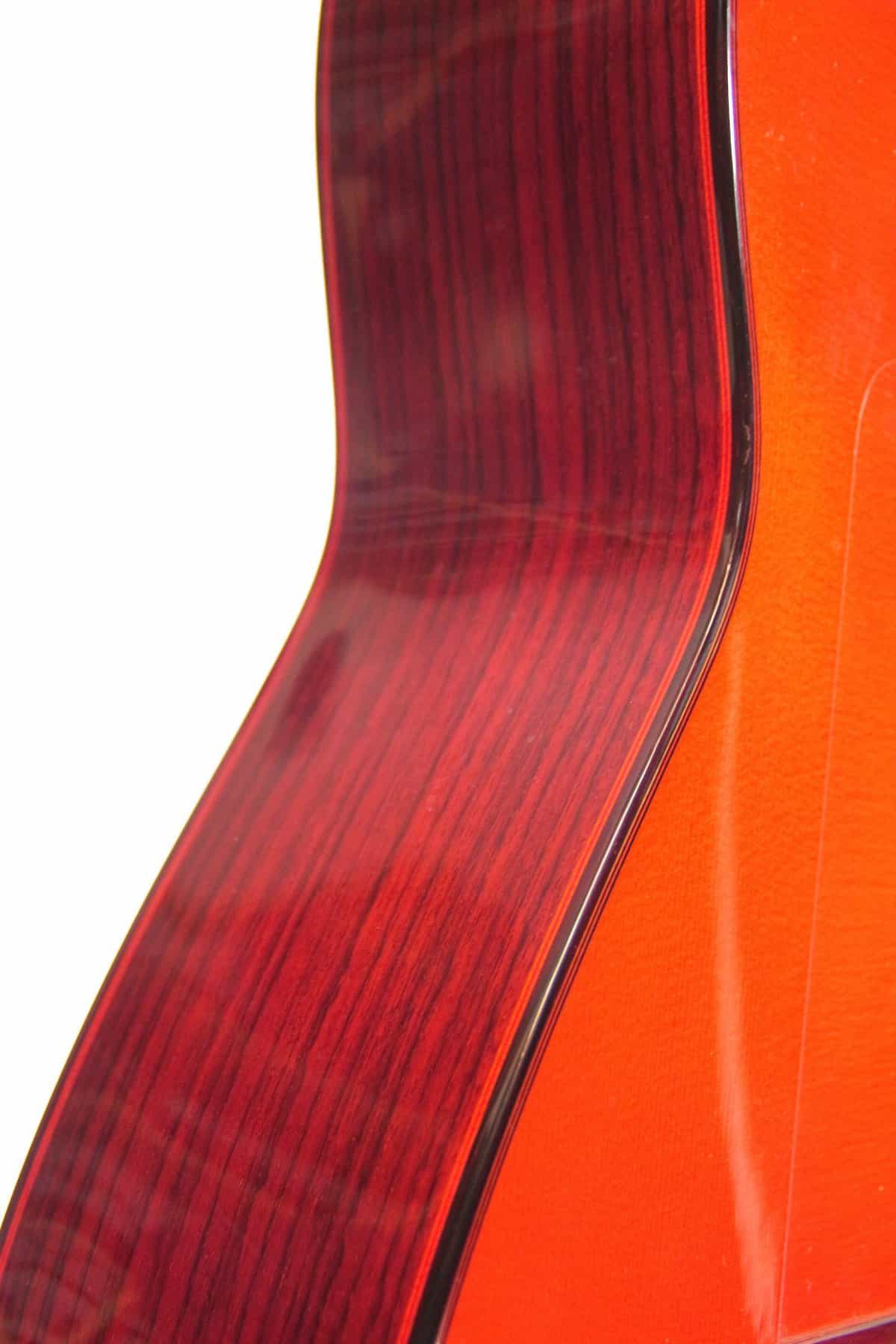 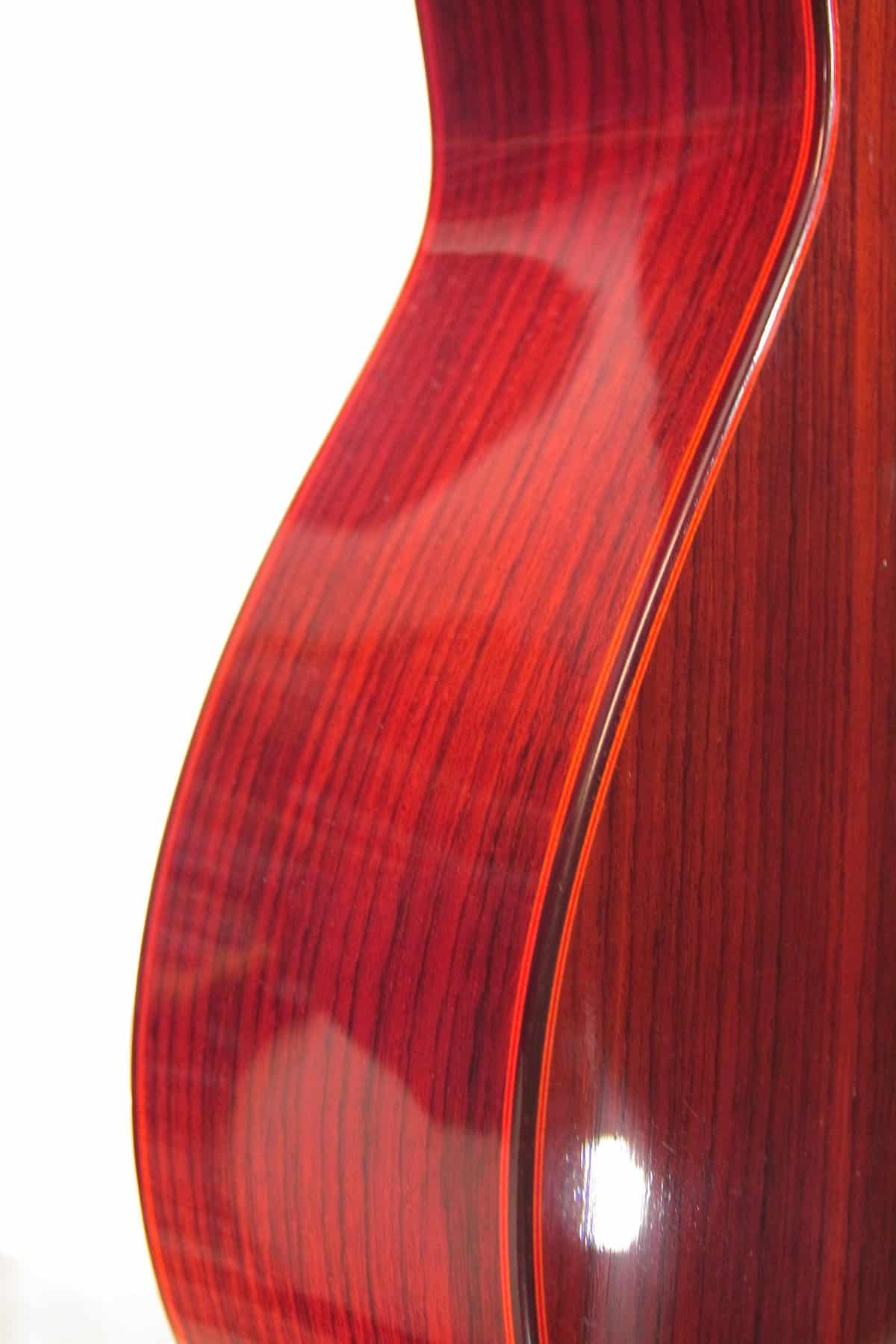 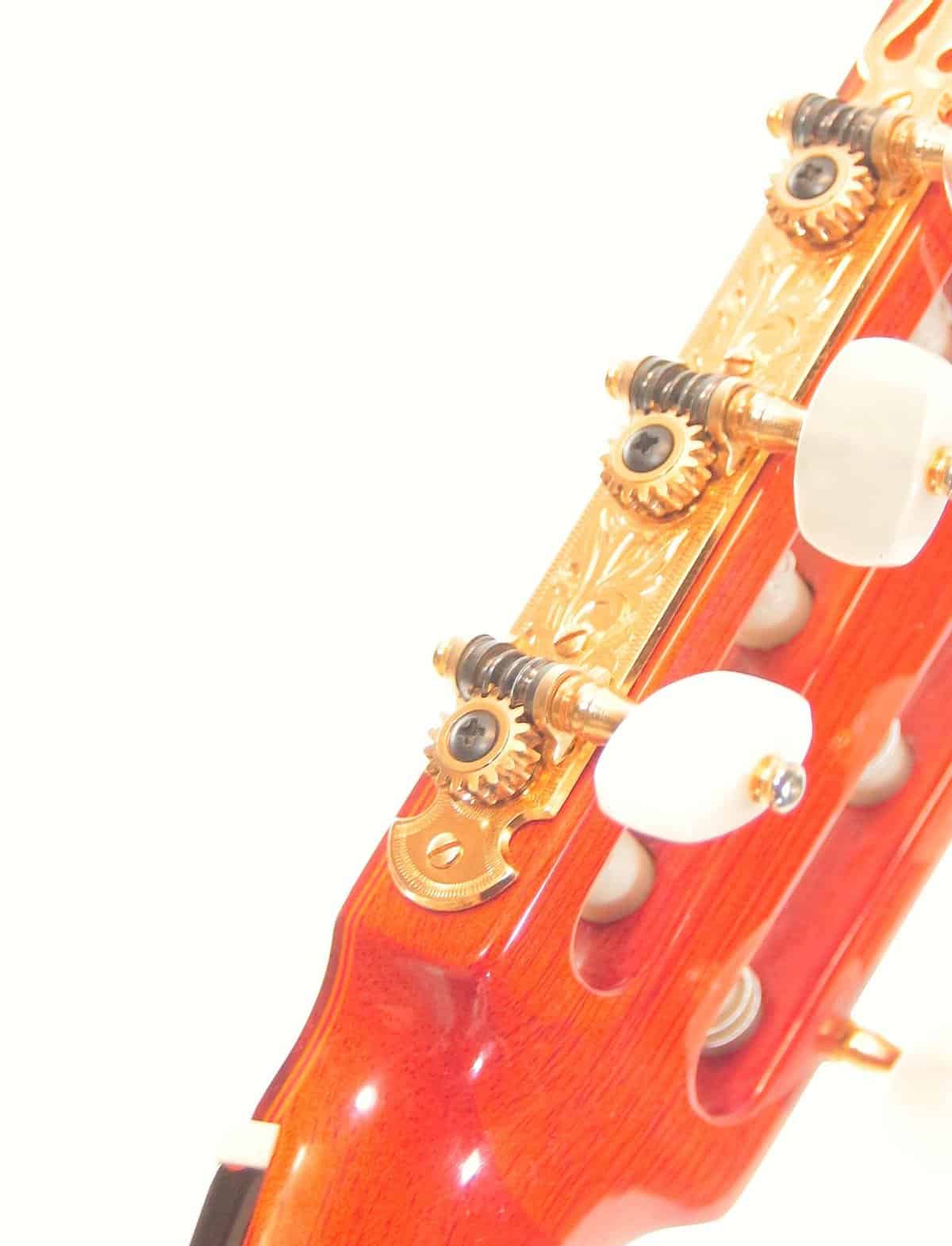 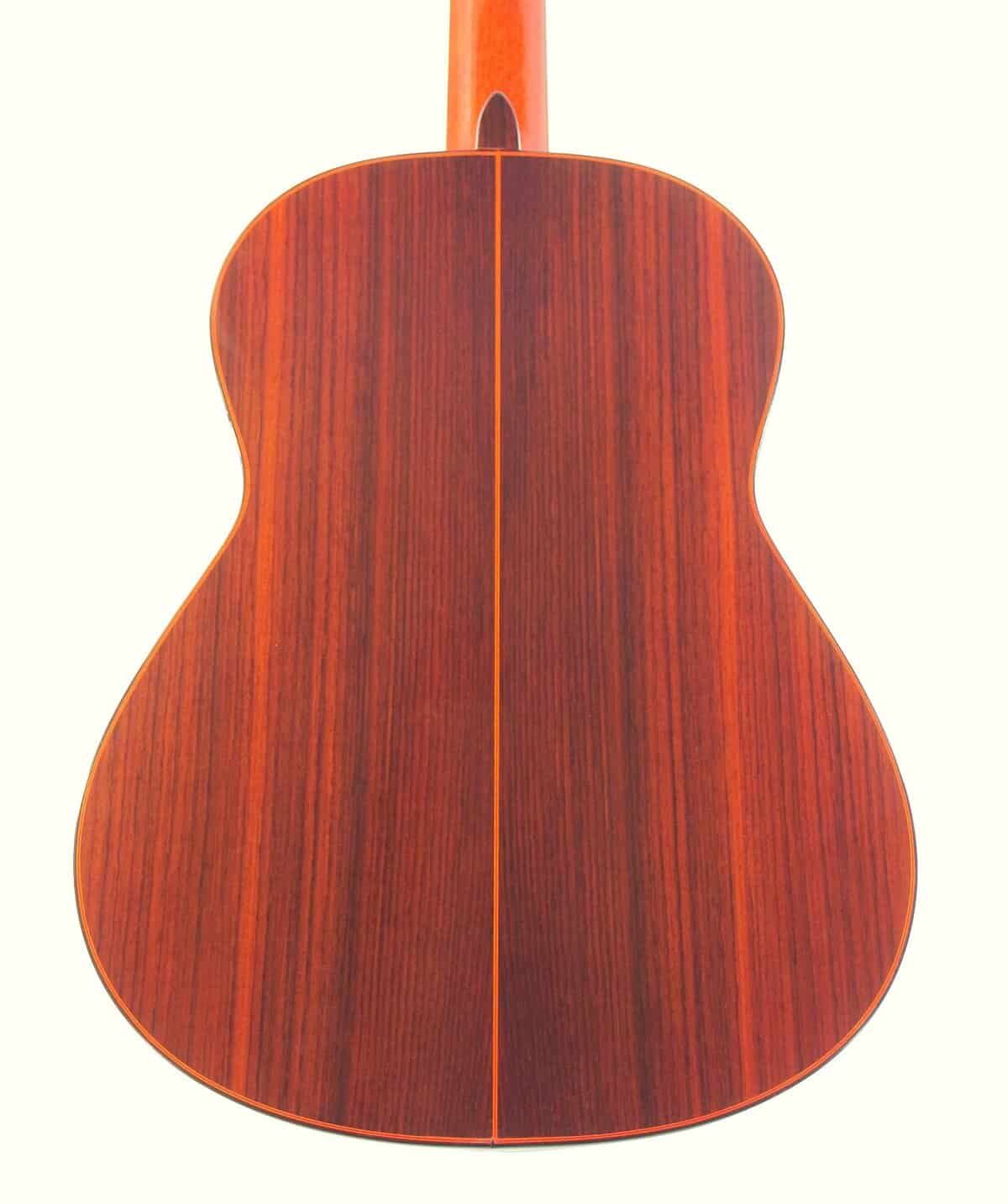 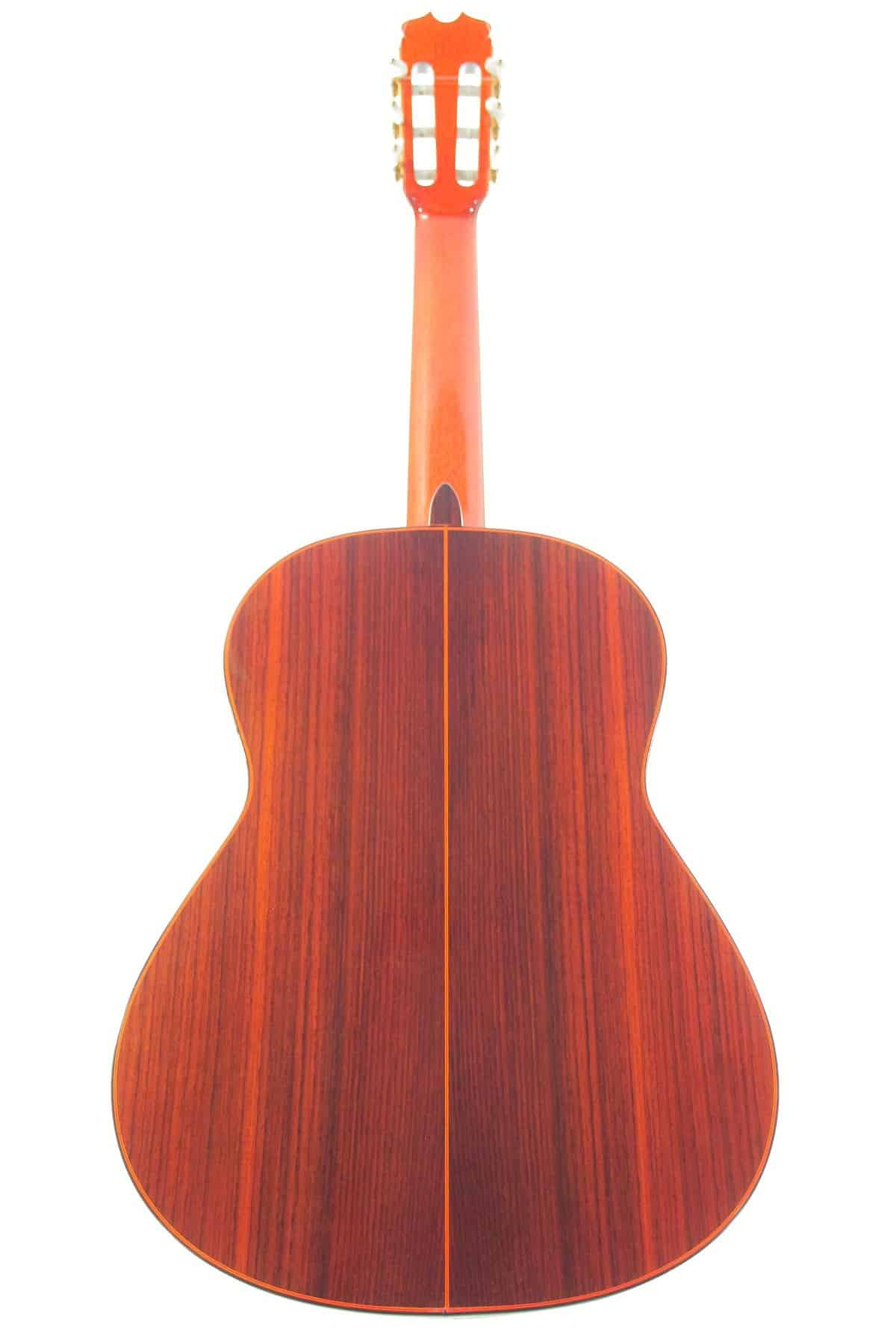 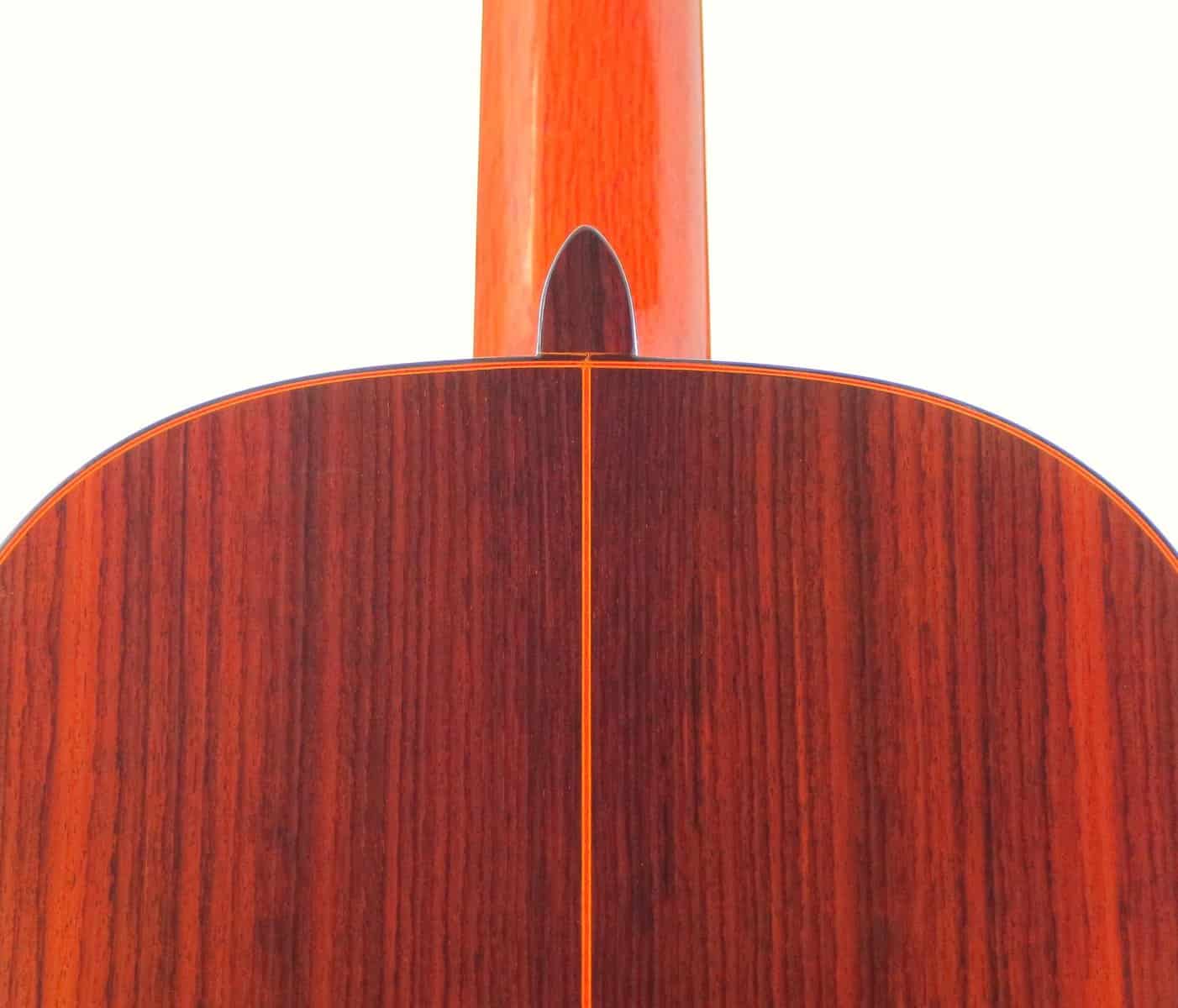 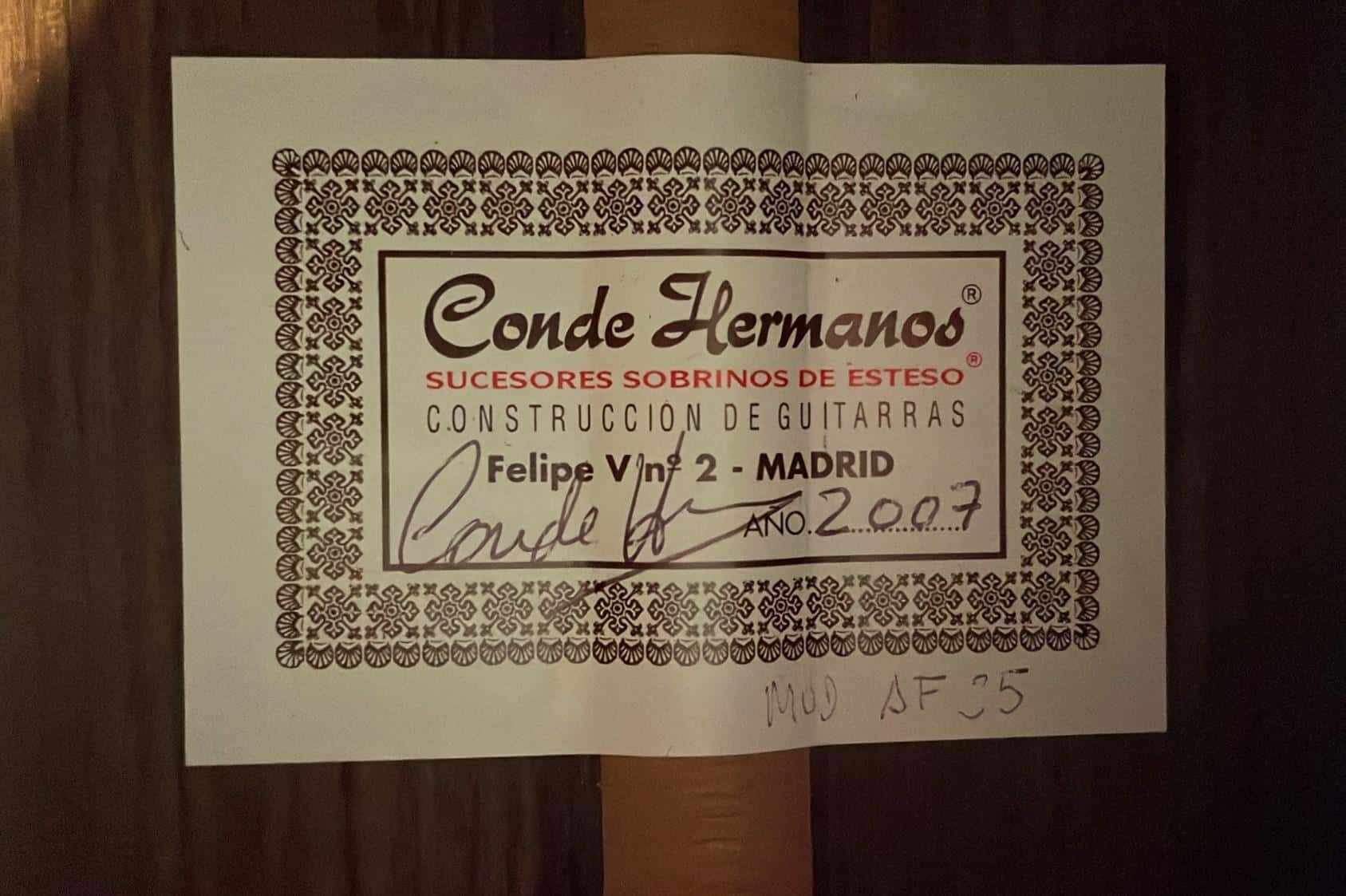 Conde Hermanos guitars have been the standard for Spanish flamenco guitars for many decades now.
Conde has been the guitar of choice for the vast number of great players for many generations from Nino Ricardo and Melchor de Marchena to Paco de Lucia (who has recorded and concertized for nearly his entire career on Conde), Moraito, Gerardo Nunez, Canizares, Rafael Riqueni and the present generation’s Diego del Morao and many others.
These guitars are famously known for a dry, “woody” and very firm tone, capable of retaining clarity and punch even when driven to the extreme limits of speed – whether in picado, tremolo or rasguedo techniques – these guitars can hold up and deliver a reliable and consistent quality of tone.

This model is a “negra” which of course was popularized by Paco de Lucia after he began playing and recording on one in 1969, but these also been picked up and played by countless other flamenco guitarists since. The rosewood back and sides give the box added projection, which makes these very useful in larger halls, with ensemble or even in solo settings.

Although “used” it is in excellent condition with only some very modest wear in the finish. There is a small repair on the top which has been done very professionally.

The guitar has a 664 mm scale length and 52 mm nut width. It comes with the original case.