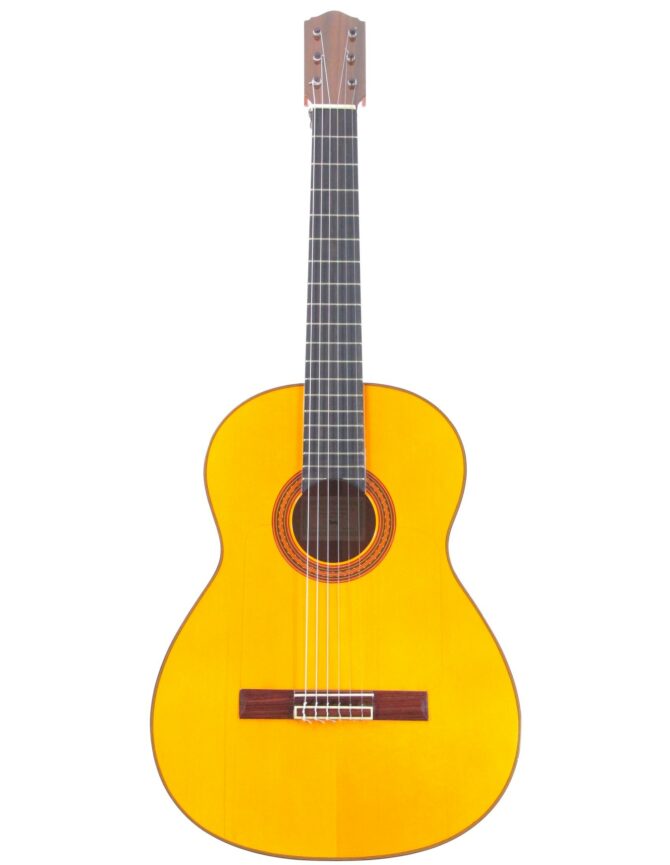 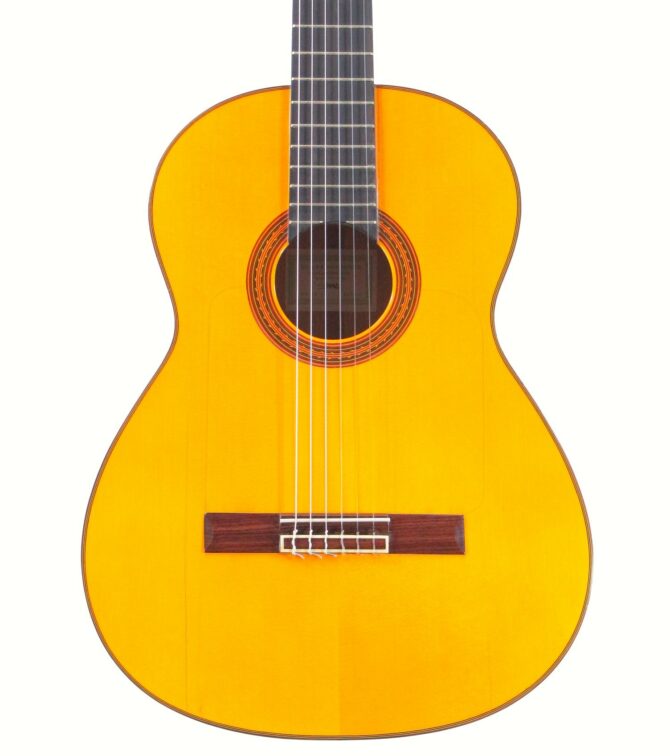 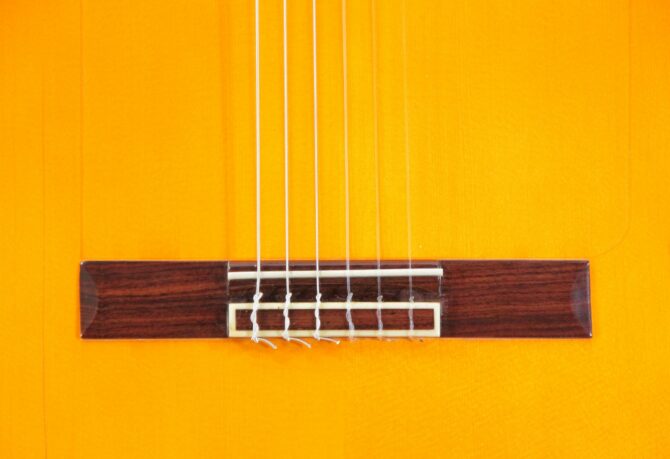 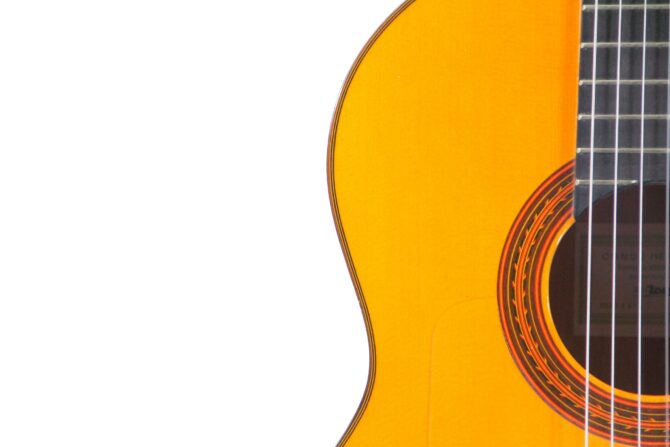 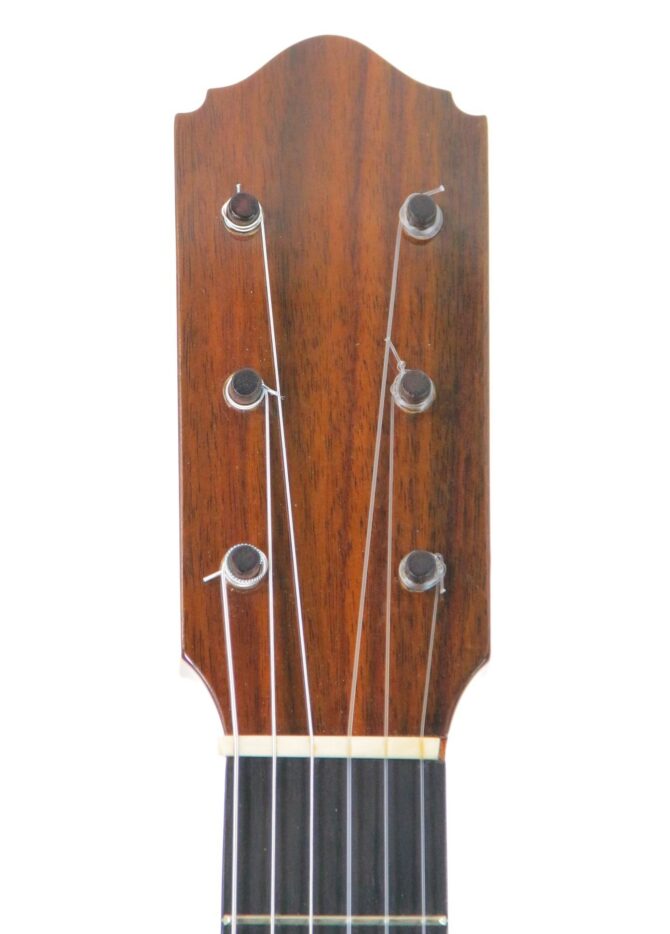 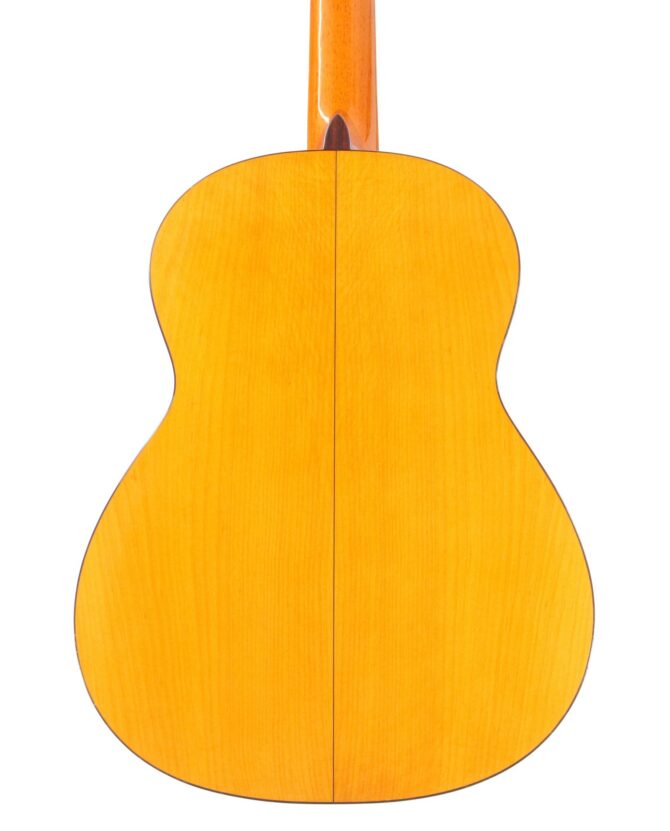 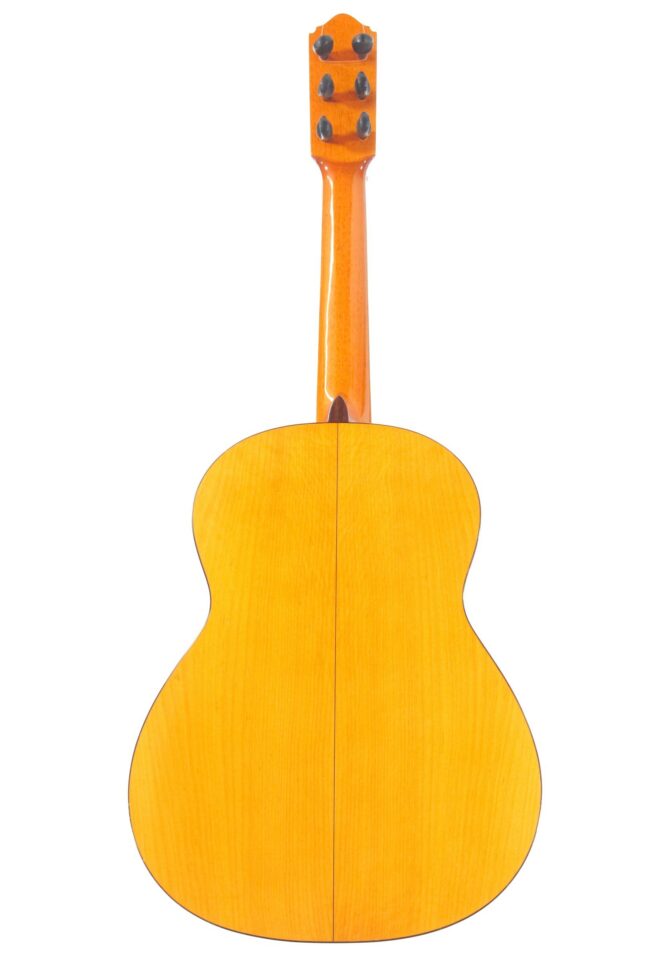 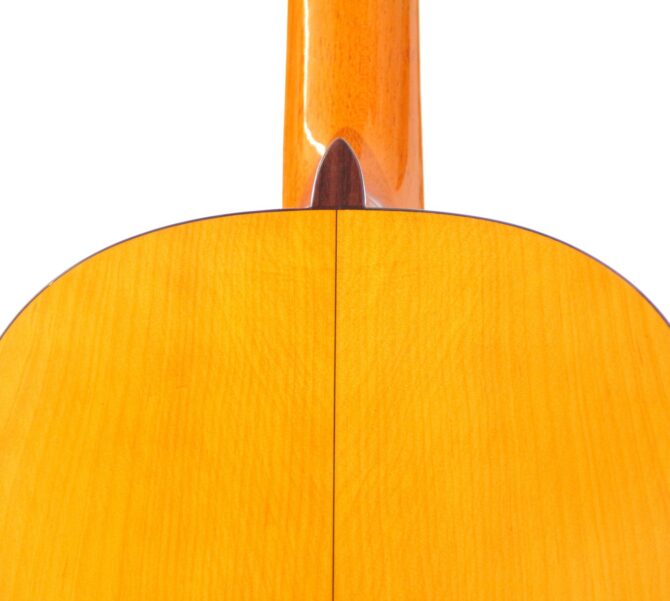 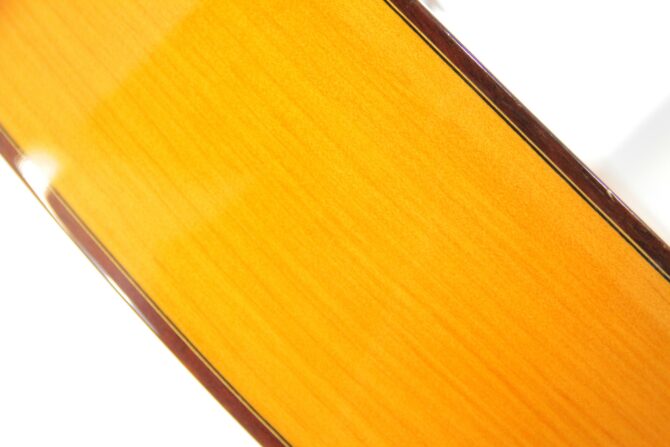 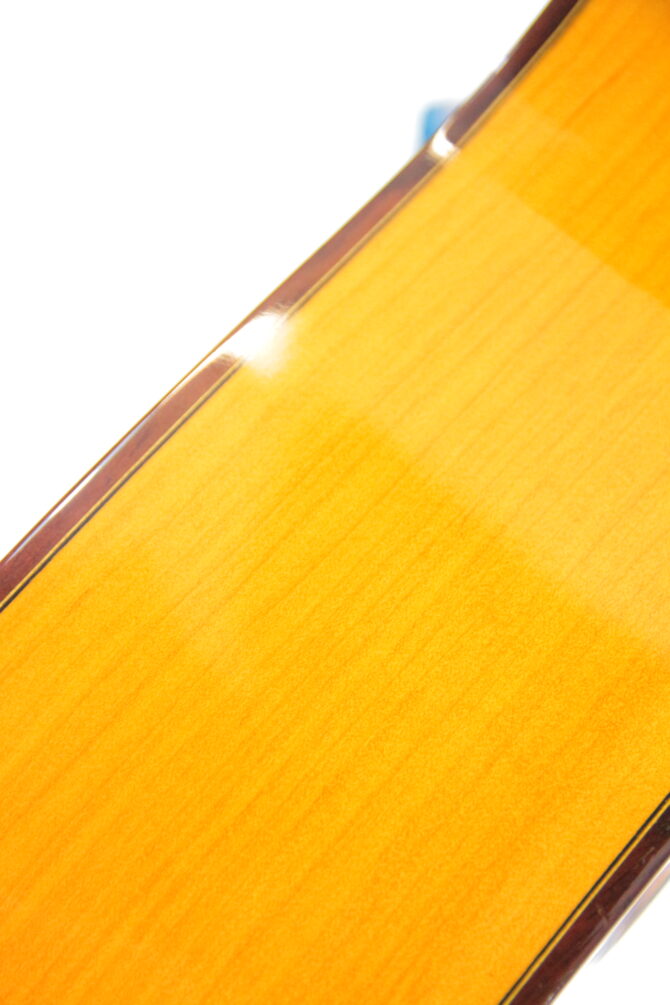 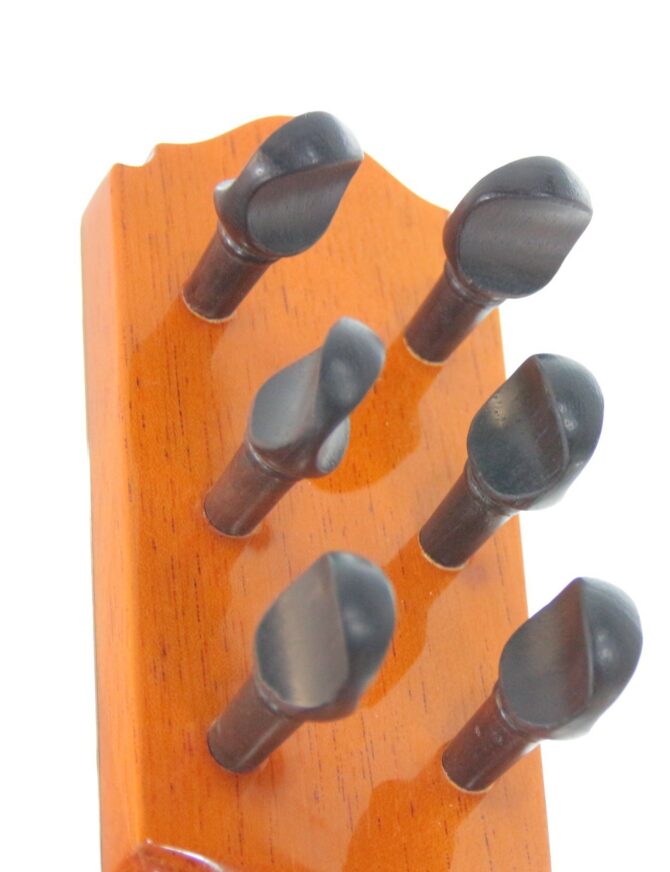 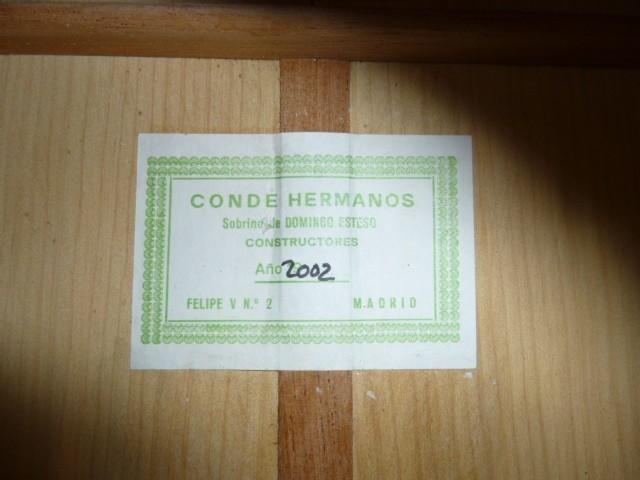 Certainly no other name in flamenco guitars is quite as well known as Conde, and the reason is actually pretty simple – no other guitars are played by as many of the top flamenco players in Spain.
Paco de Lucia has played a Conde since the beginning of his career (and many players from the generation before Paco played them as well), and while Paco has surely had a huge influence on almost every flamenco guitarist since, it’s hard to imagine that he’s the only reason so many great players play Condes.

Also this guitar is a great and impressive piece of a Conde Hermanos Flamenca Blanca.
It has been played by the flamenco guitarrist Nikos Tsiachris before it came to us – and now it is again for sale.

It has a spruce top and cypress back and sides. The scale length is 664 mm and the nut width 52 mm.

It has a loud volume and a very dry, percussive and aggressive sound – exactly what we want a flamenco guitar to sound.

It has a two repaired cracks, which are stable and it comes with a suitable gig bag.