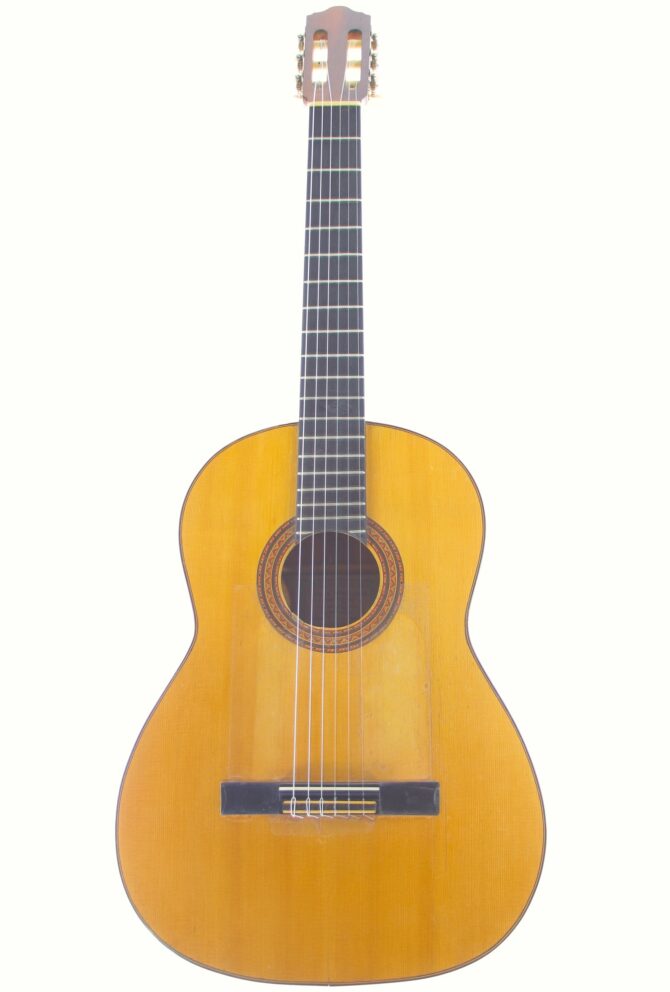 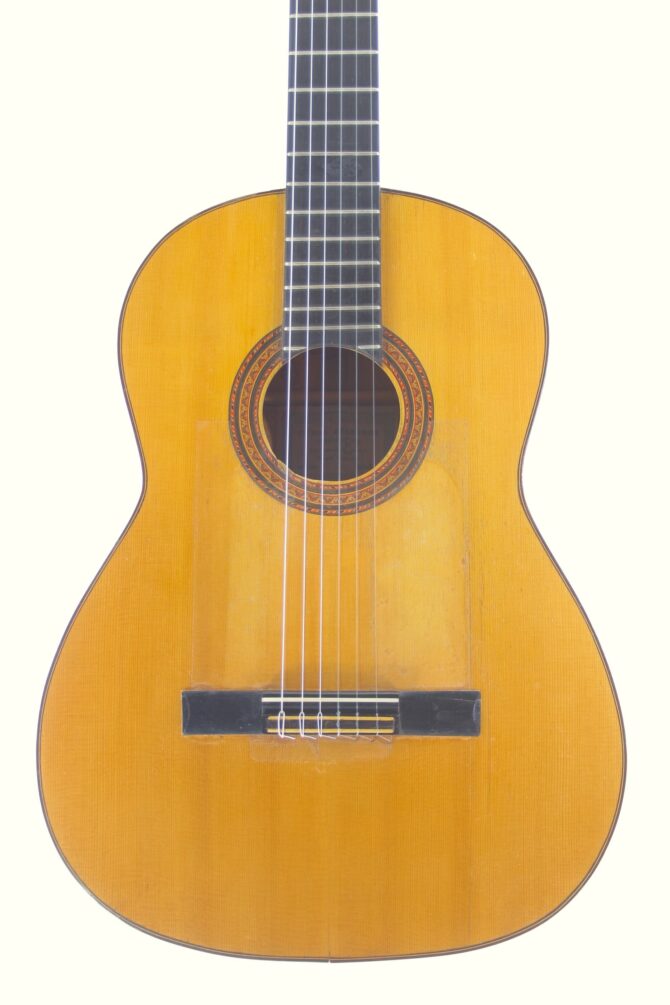 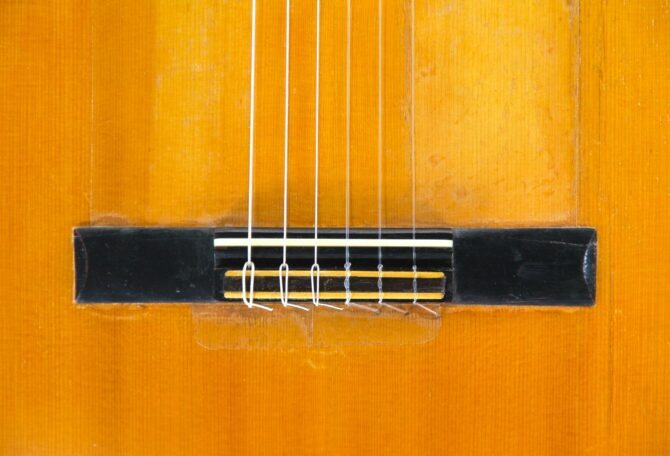 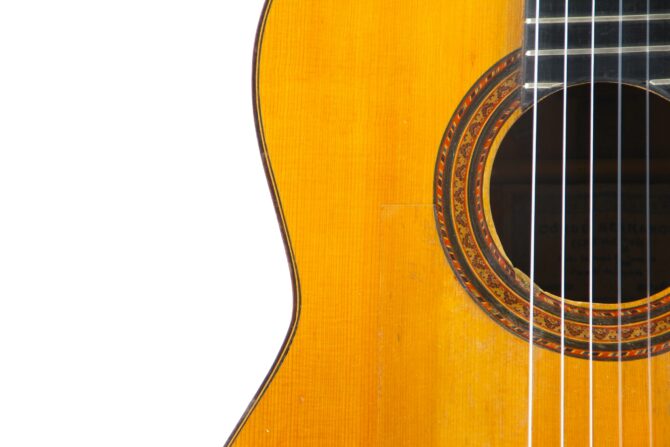 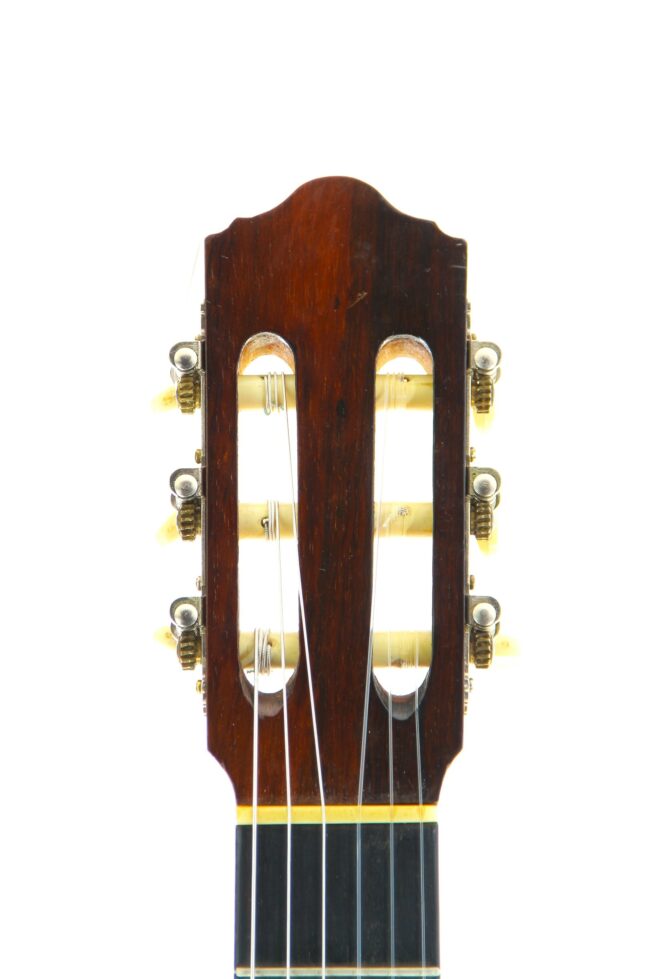 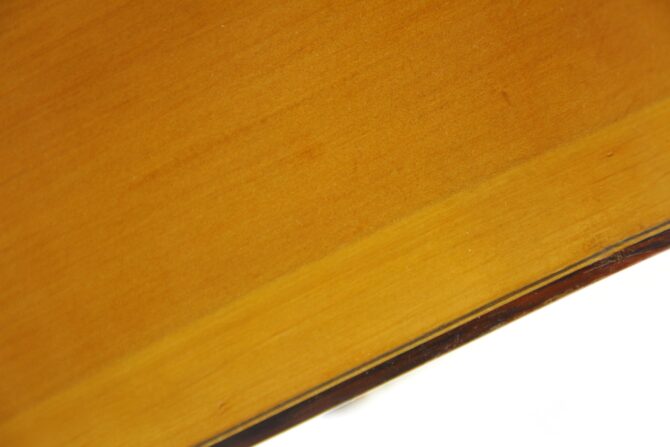 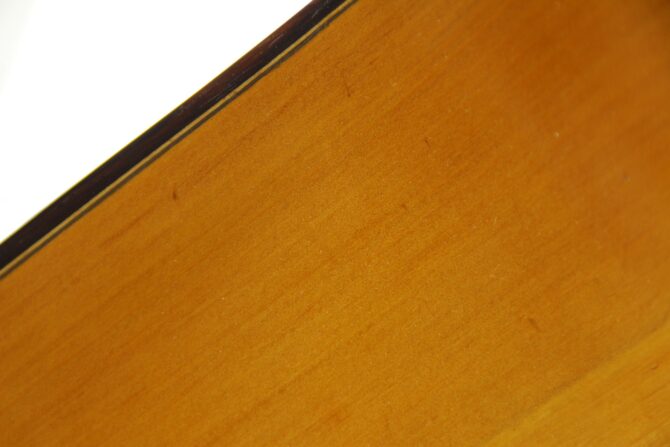 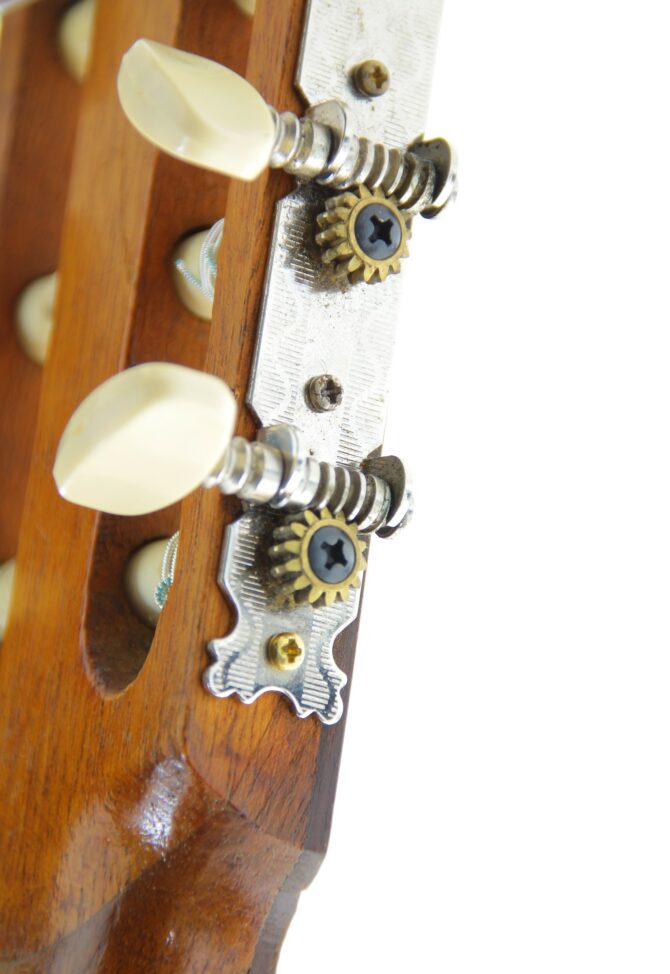 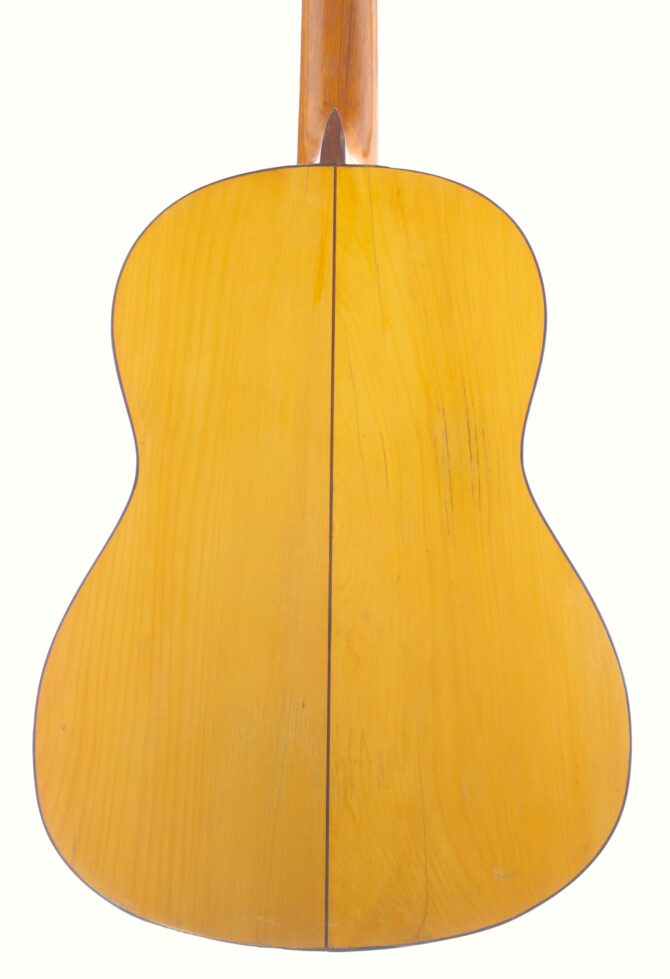 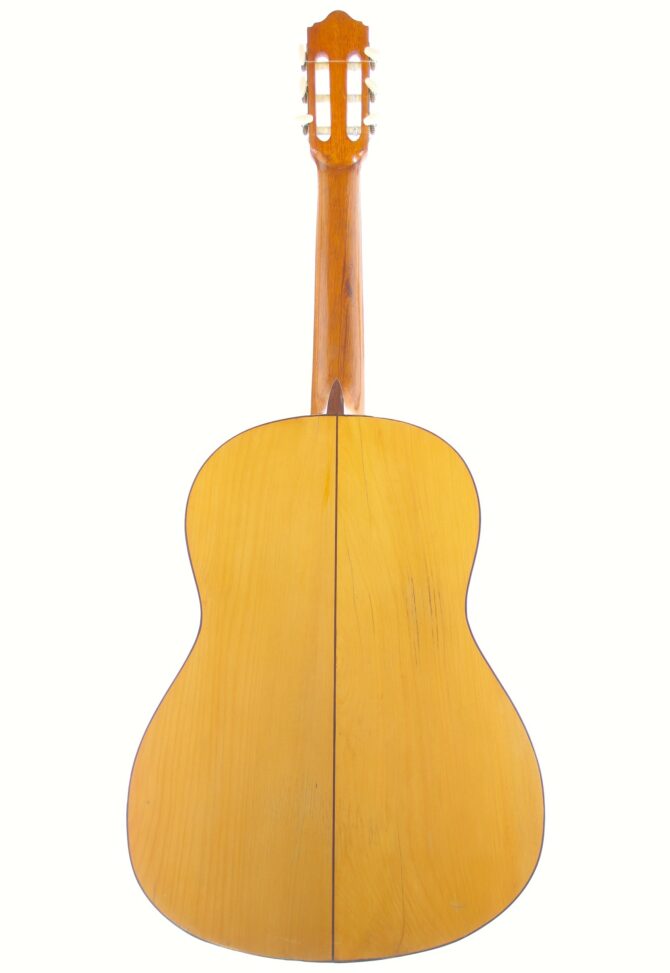 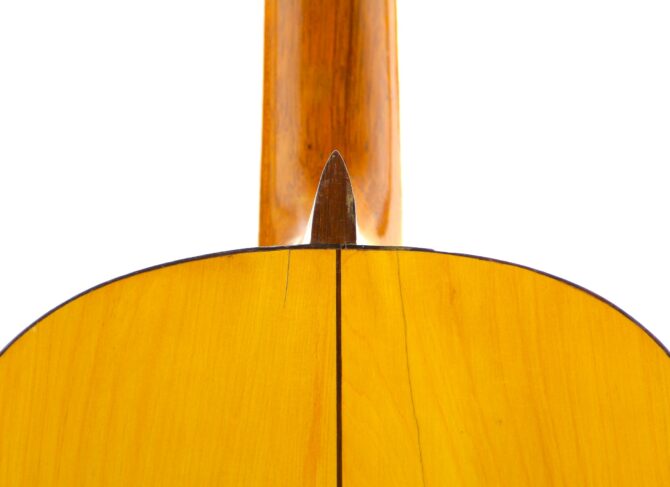 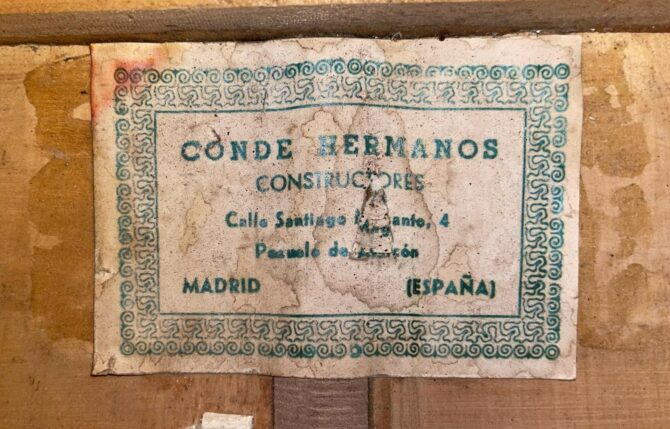 Conde Hermanos “Flamenca Blanca” from the 70’s – a very nice guitar in the style of a Domingo Esteso!

Paco was seen from then on almost exclusively with Conde, which naturally found its imitators due to the popularity of Paco. In the old TV recordings of the 70s there is almost no guitarist who didn’t play Conde.

This guitar is built in the style of a Domingo Esteso in the workshop of calle Pozuelo de Alarcon. There is no date on the label as it was usual for this Conde workshop. It can be dated to the early 70’s.

The top is made of spruce. Back and sides are made of cypress. It has 650 mm scale length and 52 mm nut width.

The guitar has a deep and bold vintage sound. It is absolutely powerful and fills the whole room. The basses are very deep. The trebles are clear and precise. The sound has developped a very nice and charming vintage quality.

It is well adjusted with a perfect action and a straight neck.

The condition is good … it has been played a lot and some cracks have been repaired. The guitar is also full of the scars and wear from play and use, which give it a nice vintage character. We have checked everything and the guitar is ready to go.

A great opportunity to get a real vintage player from Conde’s golden period at a relatively low price!