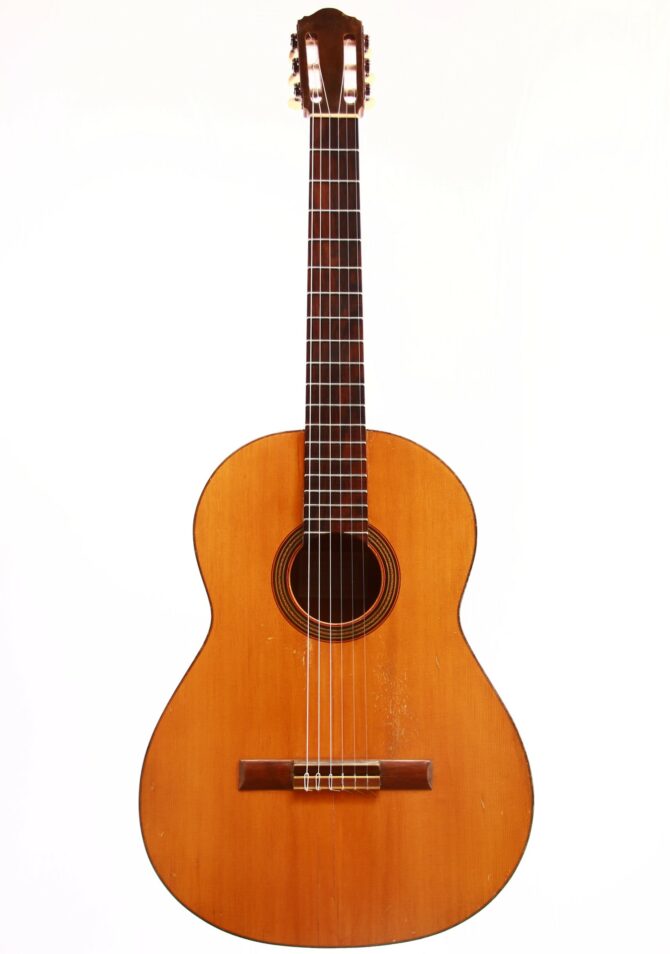 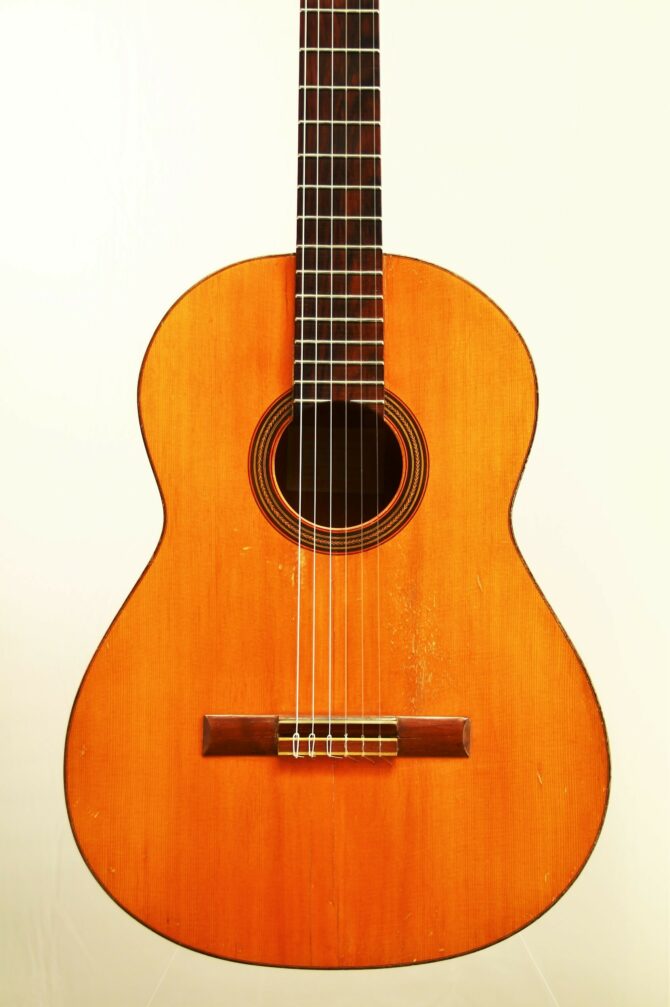 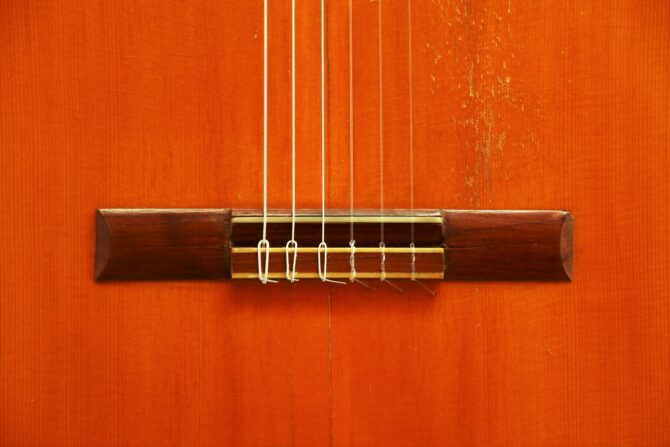 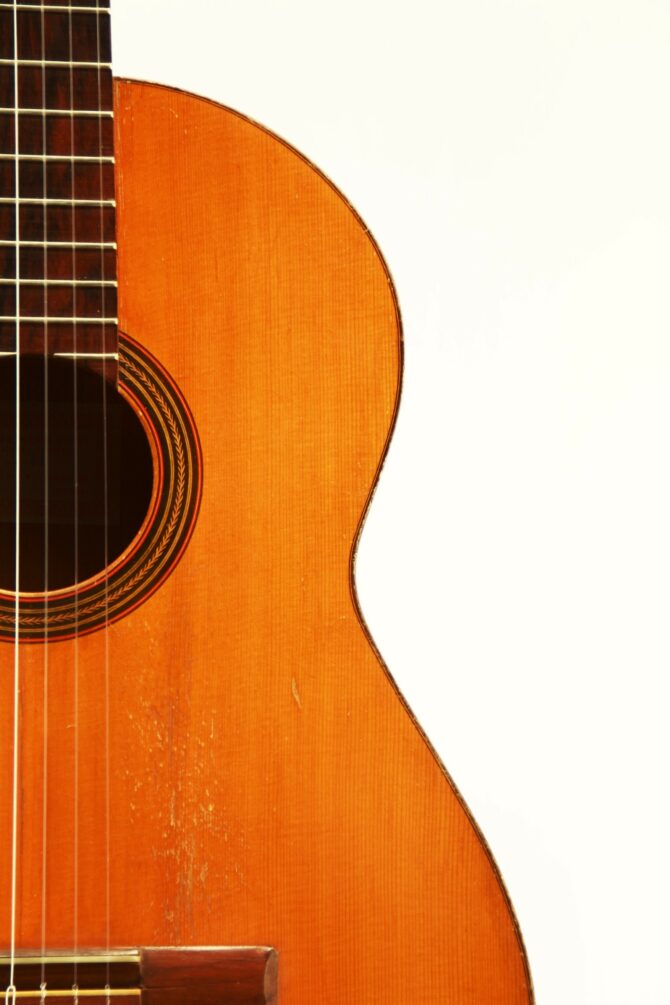 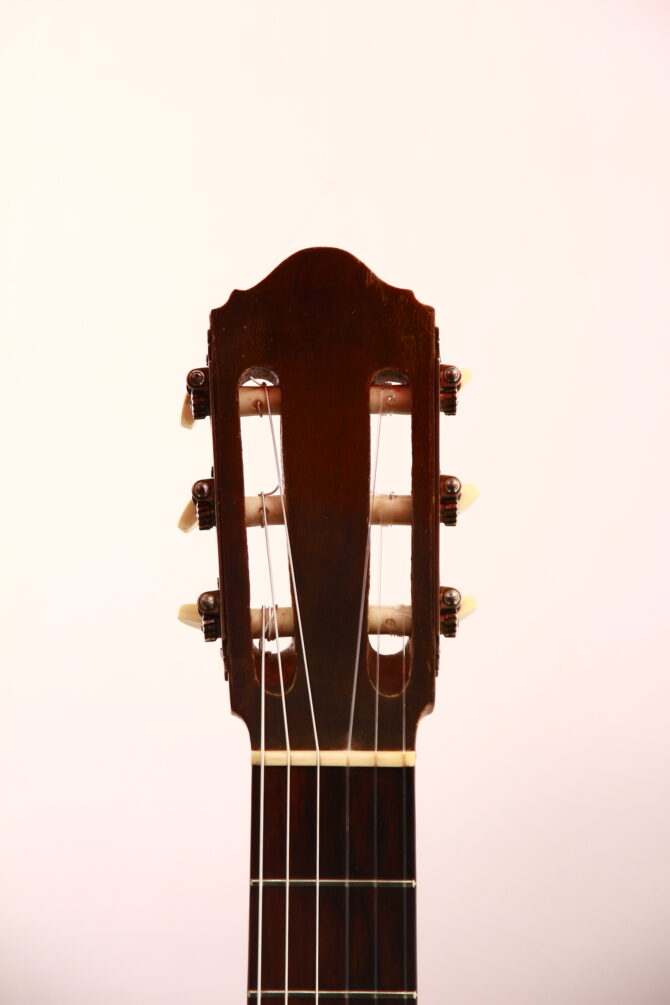 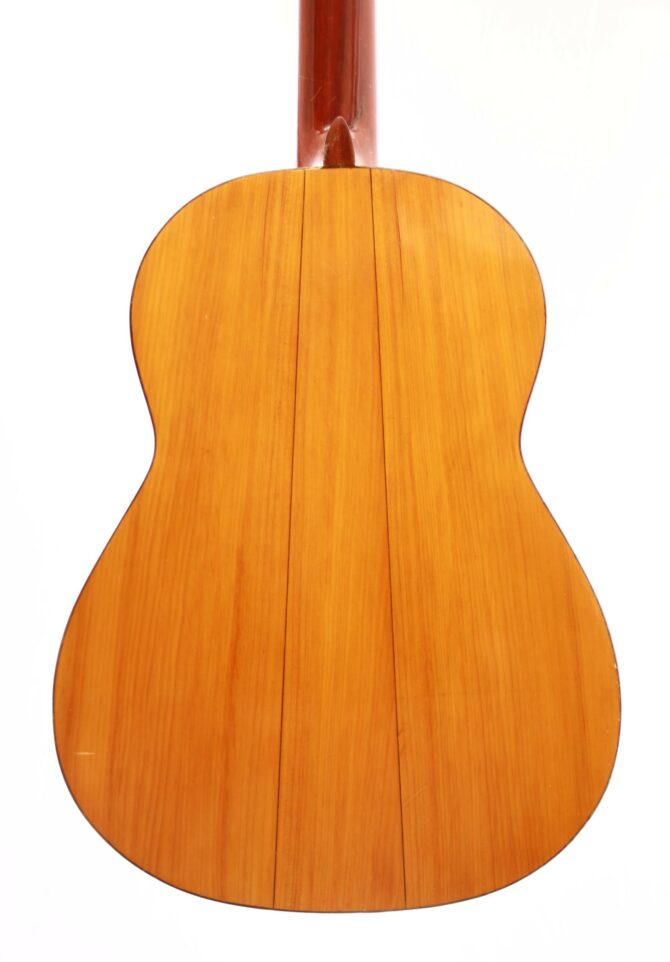 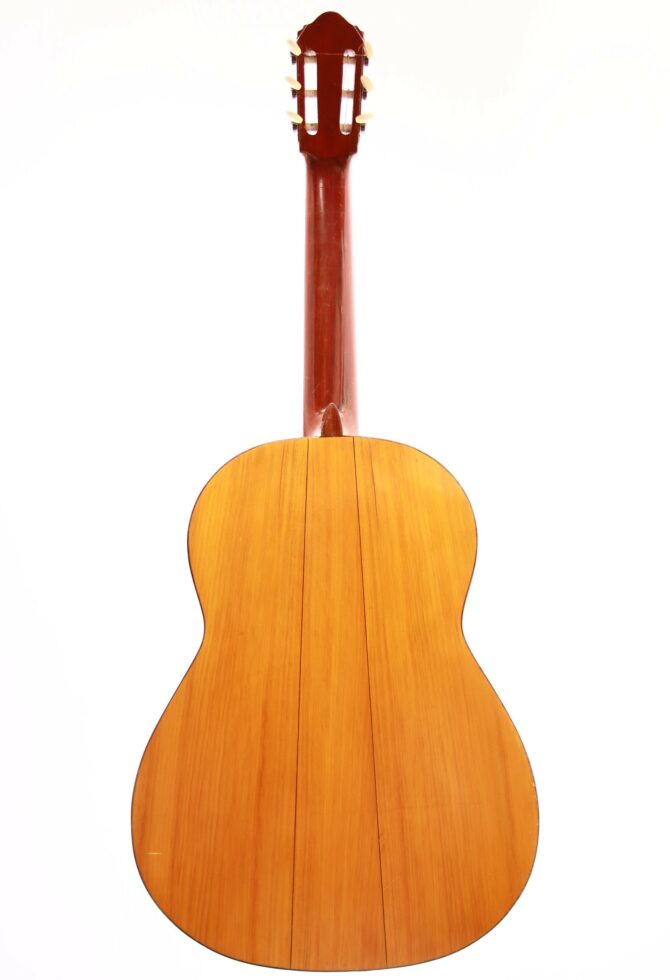 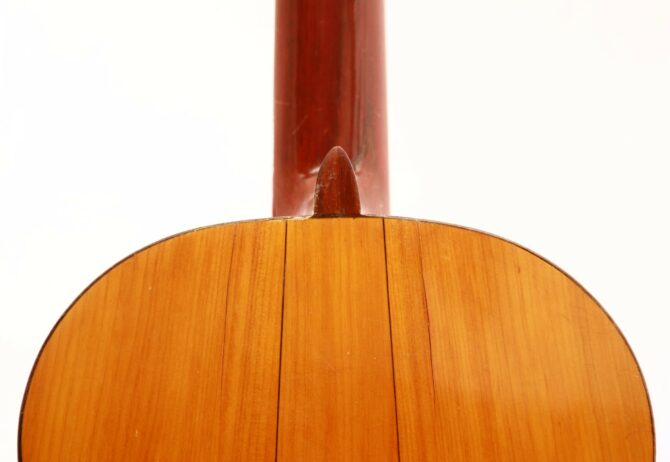 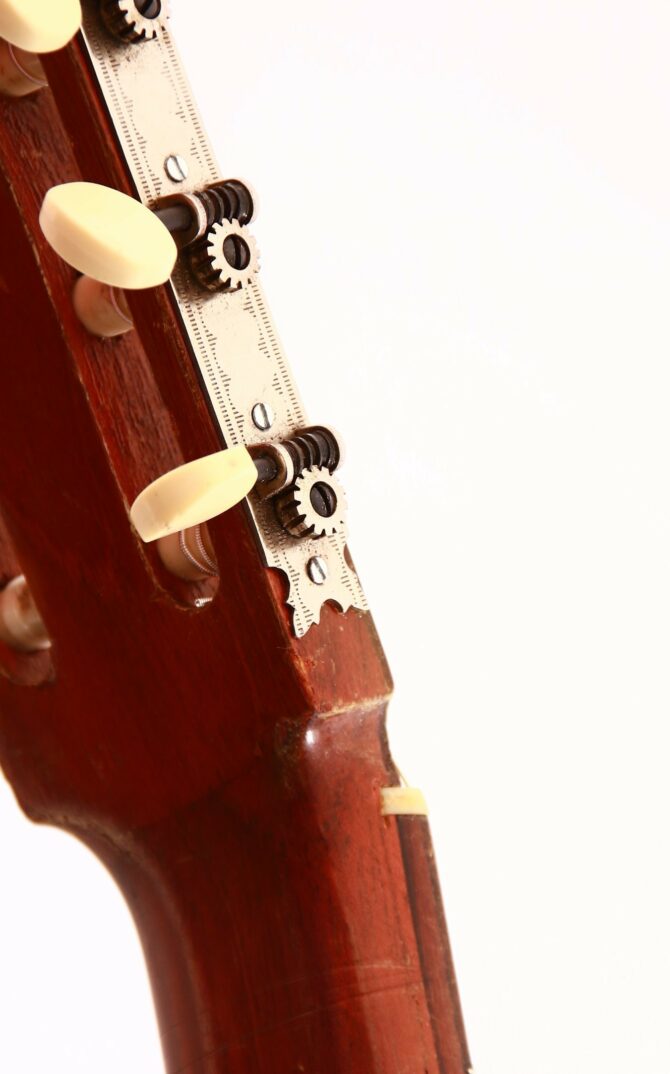 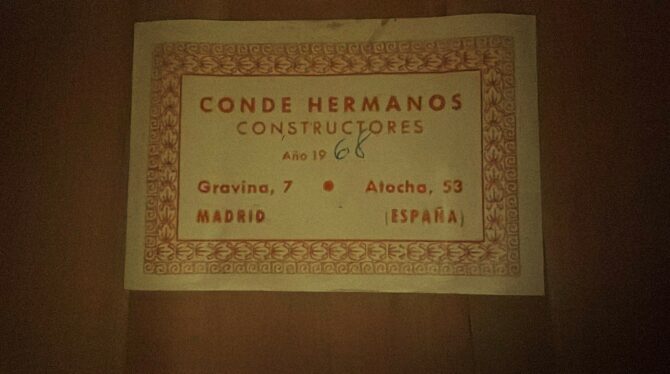 A nice Flamenca Blanca by Conde Hermanos, which is probably the best of what you can get from Conde!
These guitars from the Atocha shop are truly very nice … they have the explossive sound of the true old Conde guitars.

The top is made of fine german spruce. Back and sides are made of best cypress wood.

The guitar offers an absolutely furious sound. It has a fast attack and and explosive sound with try and wooden response. It leaves no wishes unfulfilled. Absolutely powerful and dynamic in sound, it is a pleasure for the player and listener at the same time.

It is well adjusted and it gives the feeling that the guitar plays by itself. Perfect action, straight neck. The scale is 660 mm and the nut width is 52 mm.

The condition is good – some cracks have been repaired – our luthier has checked everything.