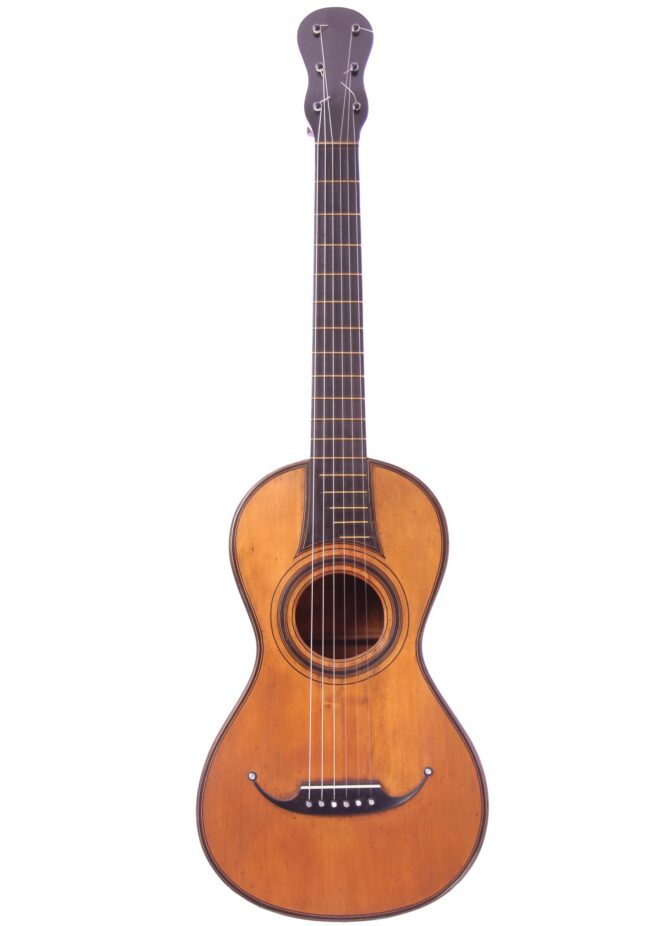 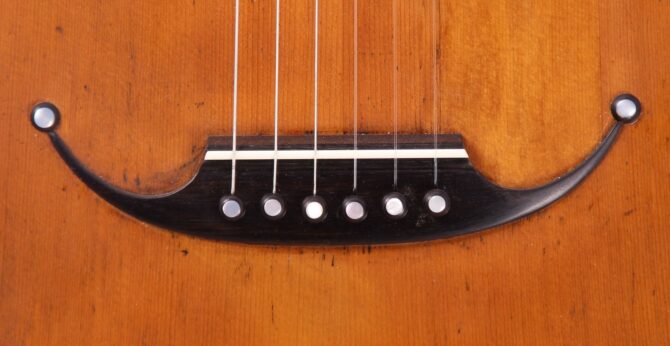 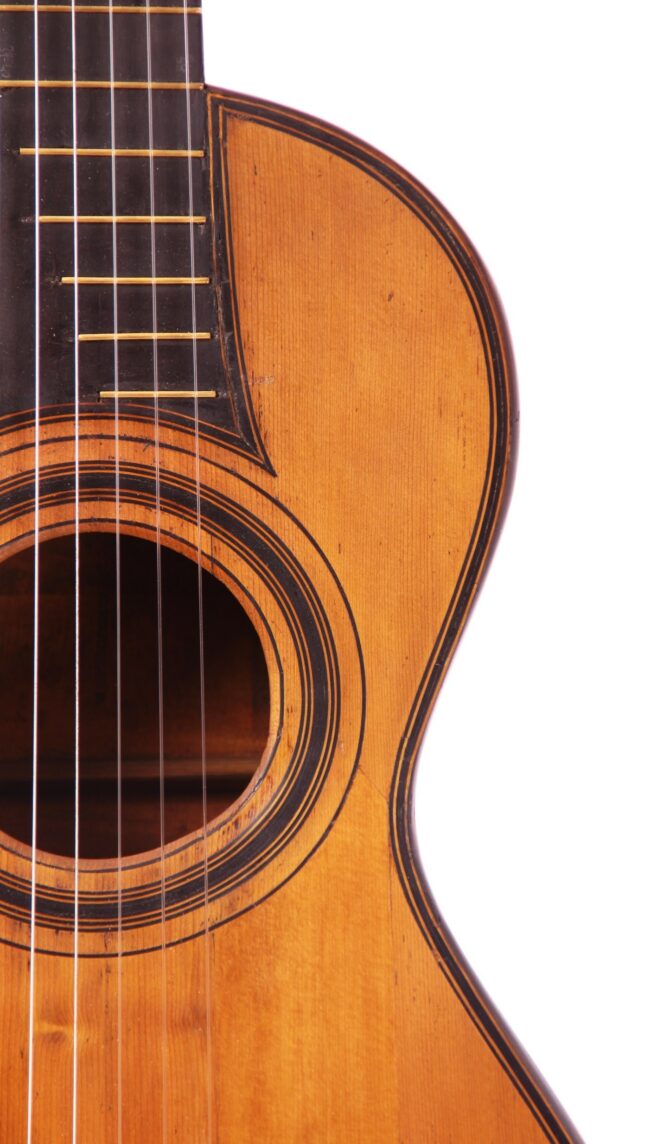 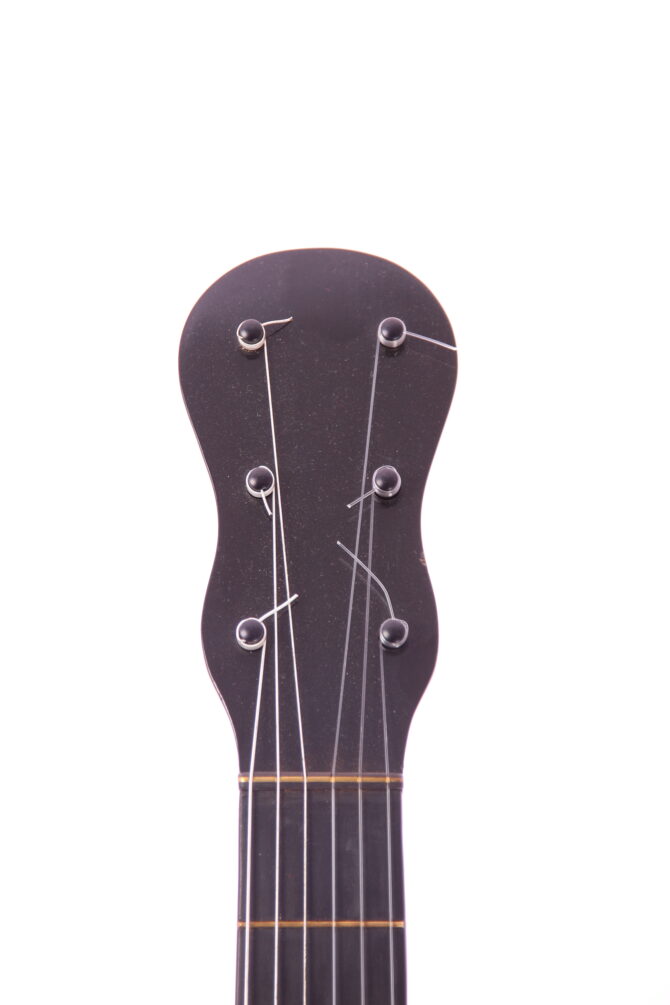 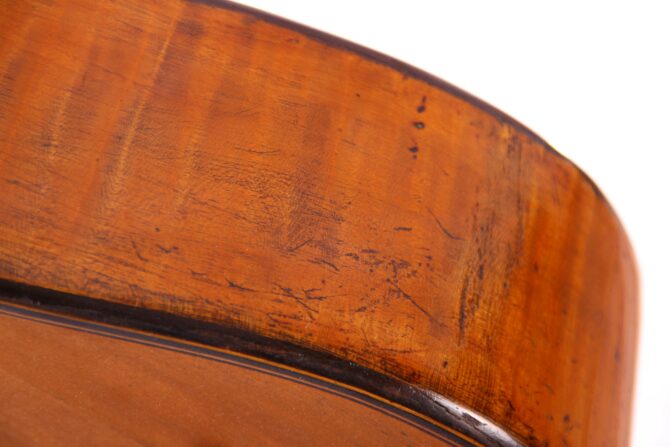 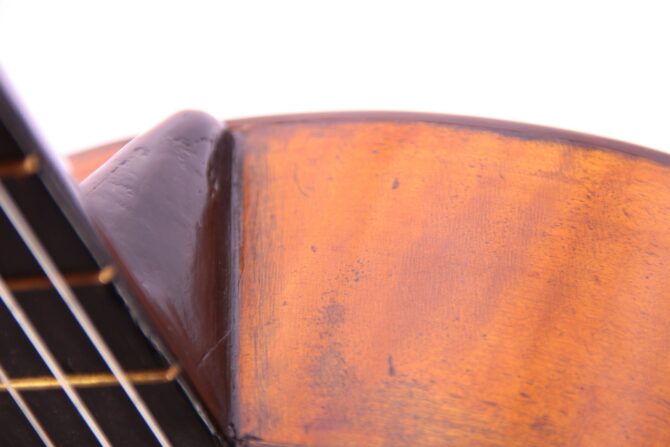 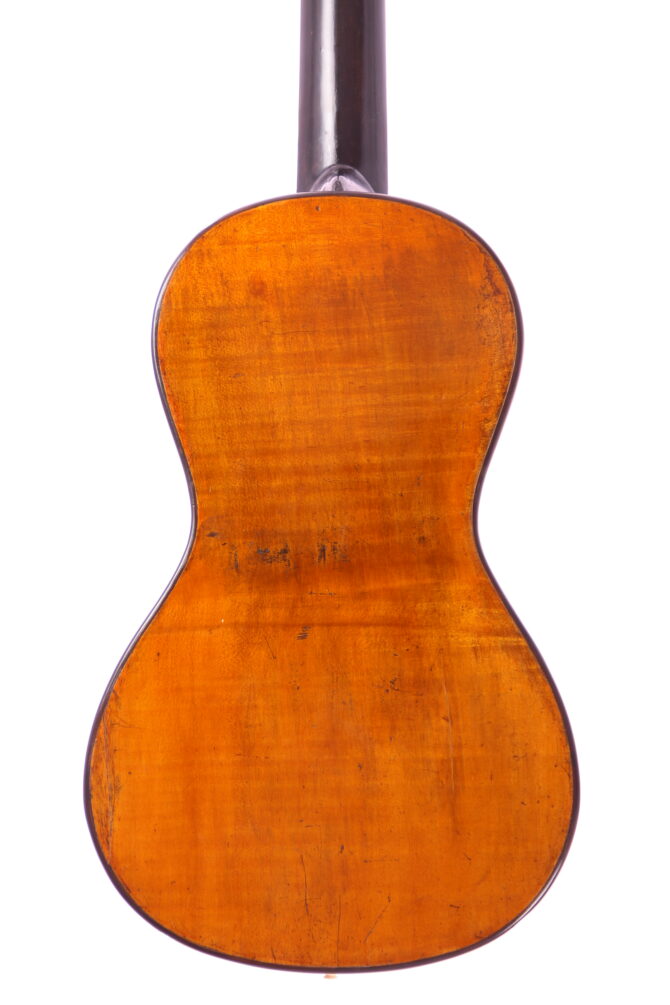 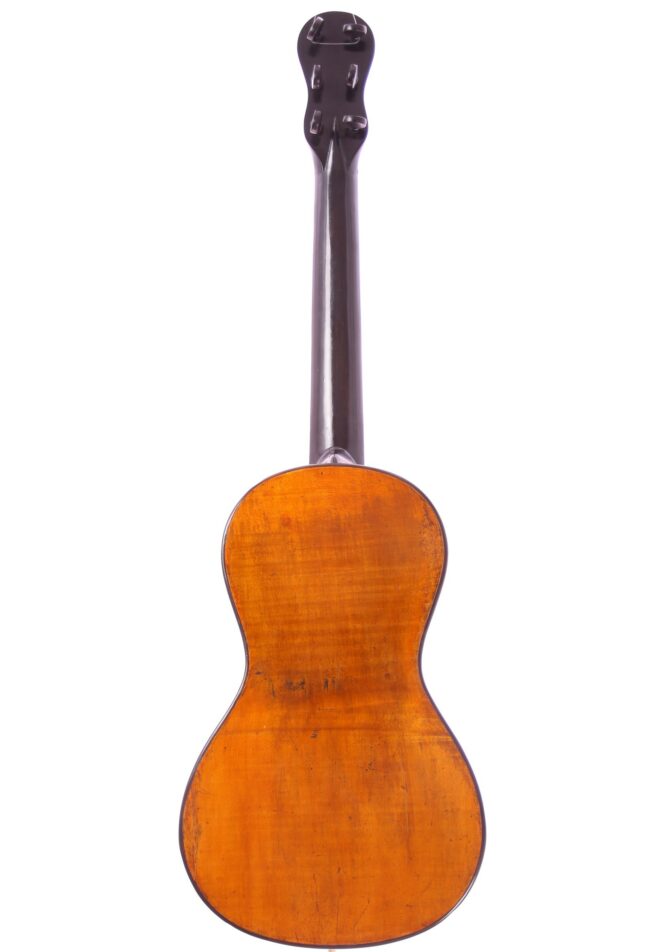 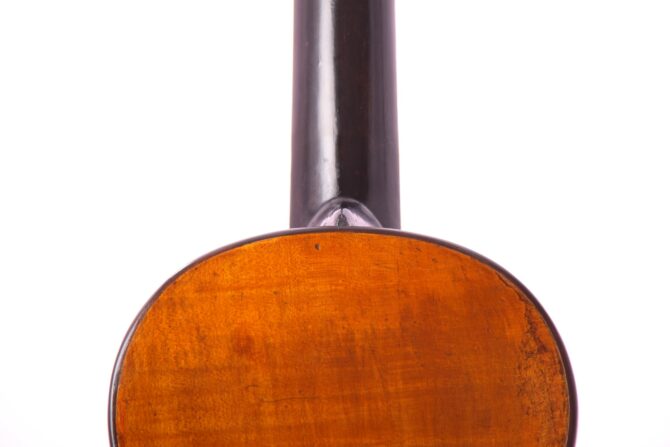 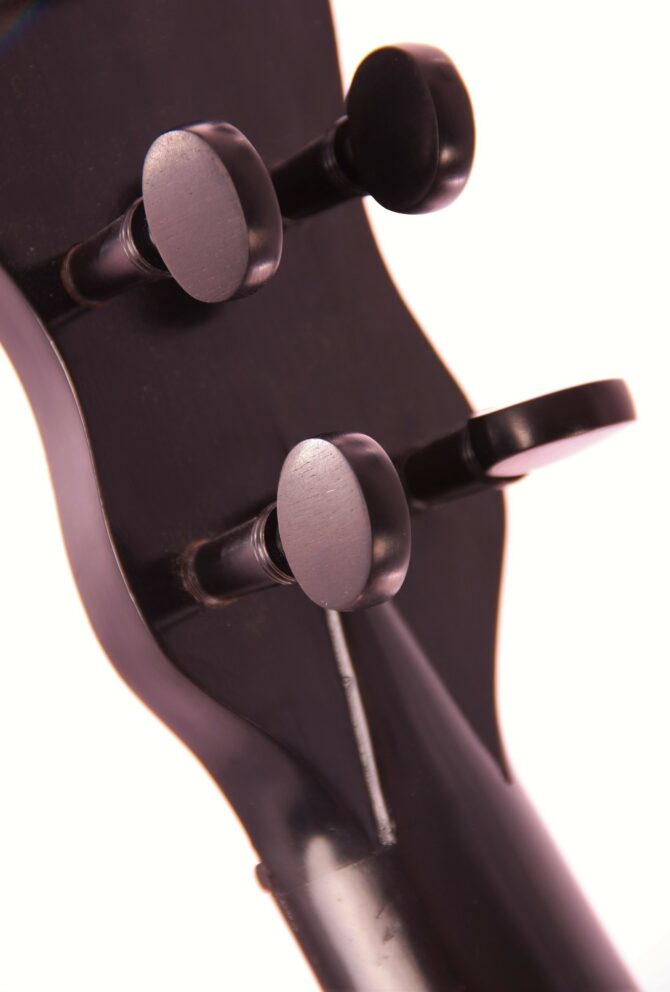 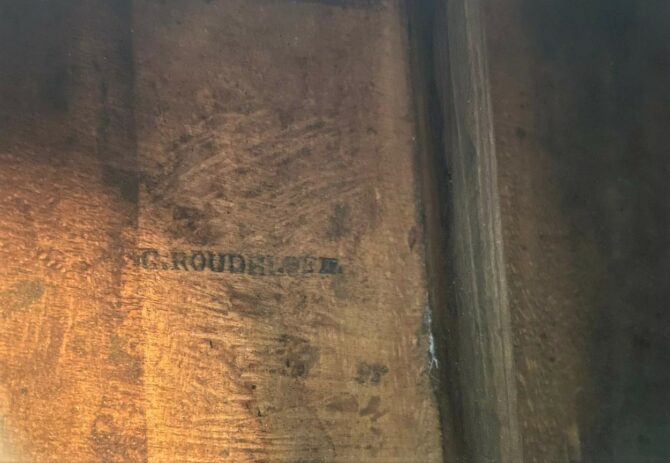 Charles Roudhloff (1778 – 1859) and his brother Francois Roudhloff (1781-1849), were famous guitar makers, known for their elegant and good sounding guitars.
They built in their own workshop in Mirecourt.
The style of their work is elegant and delicate, influenced both by the work of François Breton and by what they observed in guitars made by other guitar makers of their era.

The interior of this fine guitar is precise in every detail, and some features, such as the end block reduced to a minimal size, are characteristic of this luthier.
The present model features the most characteristic innovation of the ebony fingerboard. It is set into the top in half thickness. This is a construction technique adopted from the guitars of the Neapolitan Gennaro Frabricatore, whose instruments were played at the time by great virtuosos such as Mauro Giuliani and Niccolò Paganini.
This particular way of fitting the fingerboard allows the guitarist to achieve a different acoustic effect. This guitar is signed “C. Roudhloff”.

This beautiful guitar (built around 1820) was restored by the German guitar maker and expert for historical instruments Bernhard Kresse. It has a spruce top and maple back and sides. The scale length is 650 mm and the nut width is 46 mm.

Tonally, this Roudhloff impresses with a velvety dark but very powerful tone of unusual substance. It is also a very charming sound, perfect for getting closer to the authentic sound of the music of composers such as Sor, Giuliani, Aguado, Legnani, Diabelli, Carulli, Coste and Legnani, to name but a few!
A dream guitar that brings out the most beautiful timbres. It also has the volume and power you would expect from such a guitar.

The original case sold with this guitar is also spectacular.