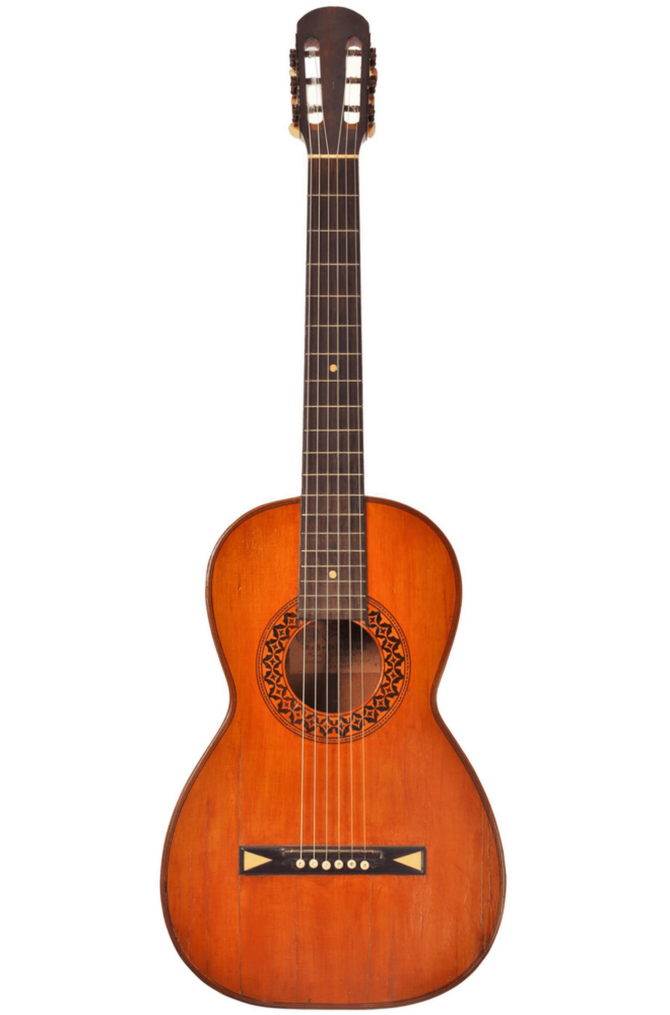 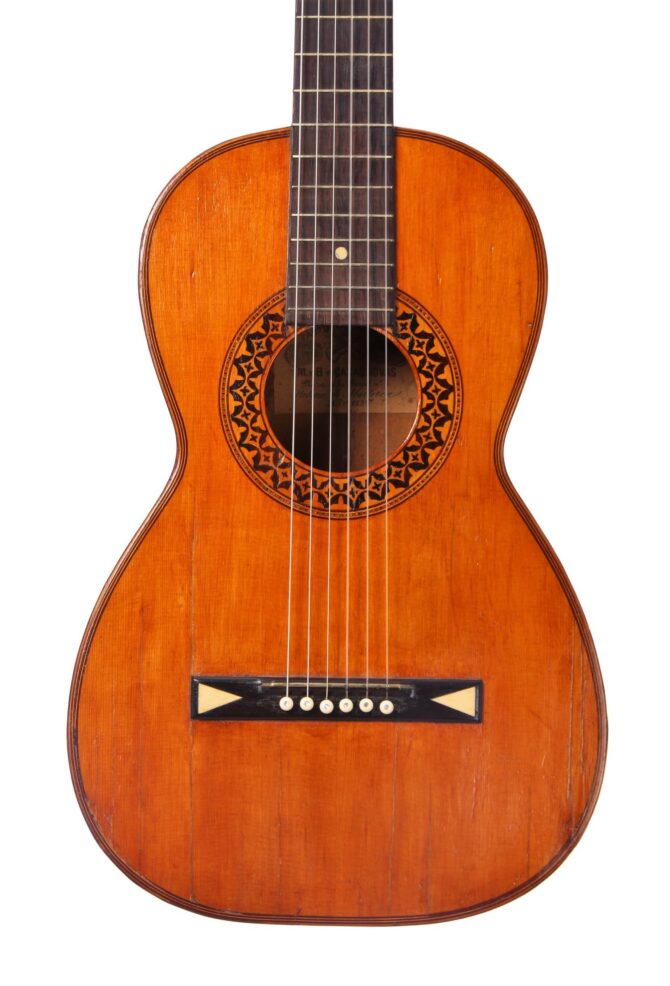 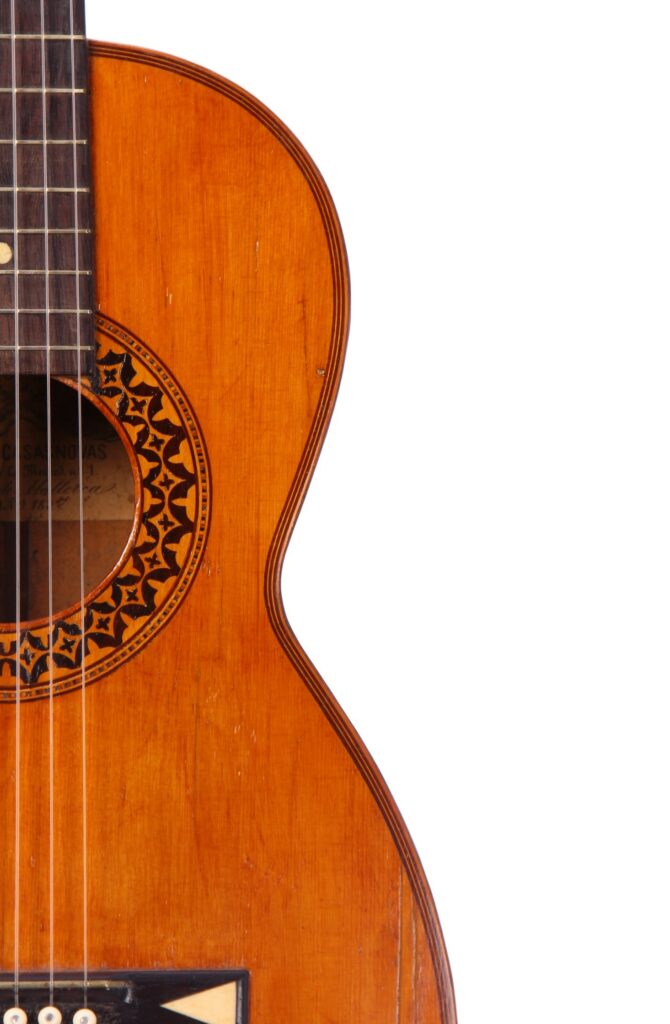 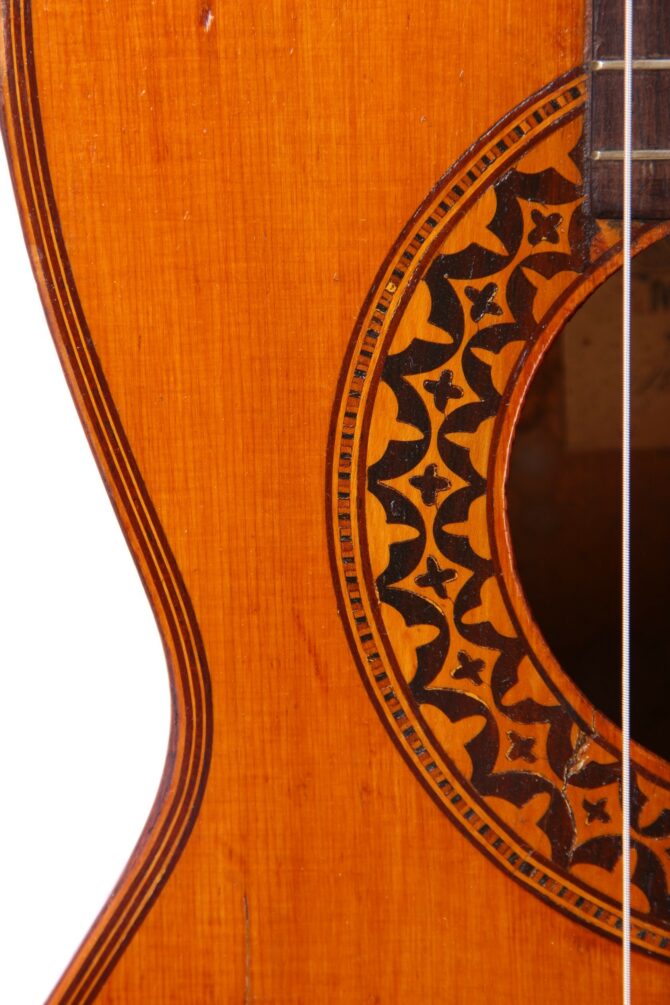 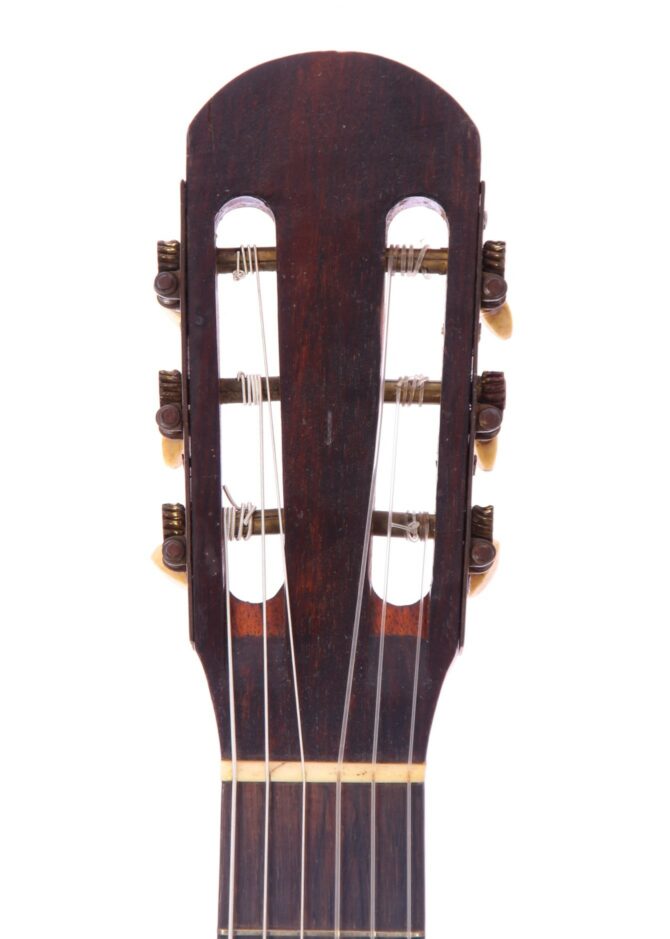 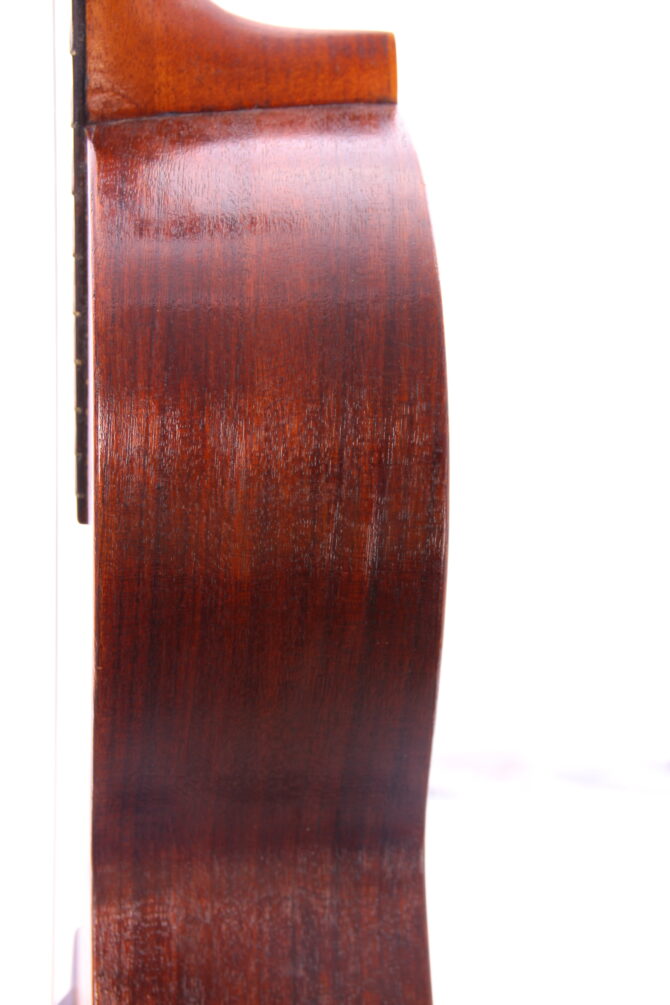 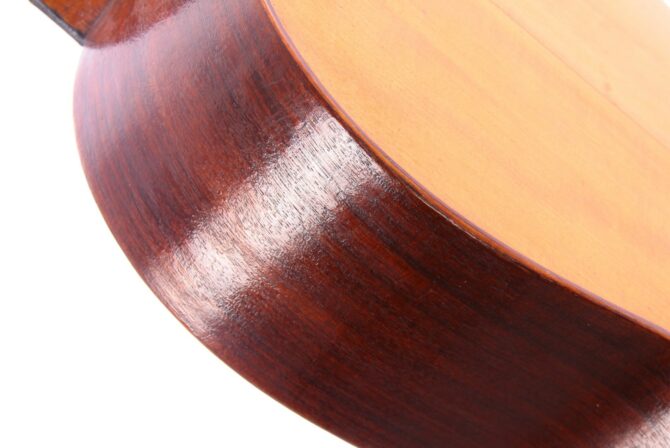 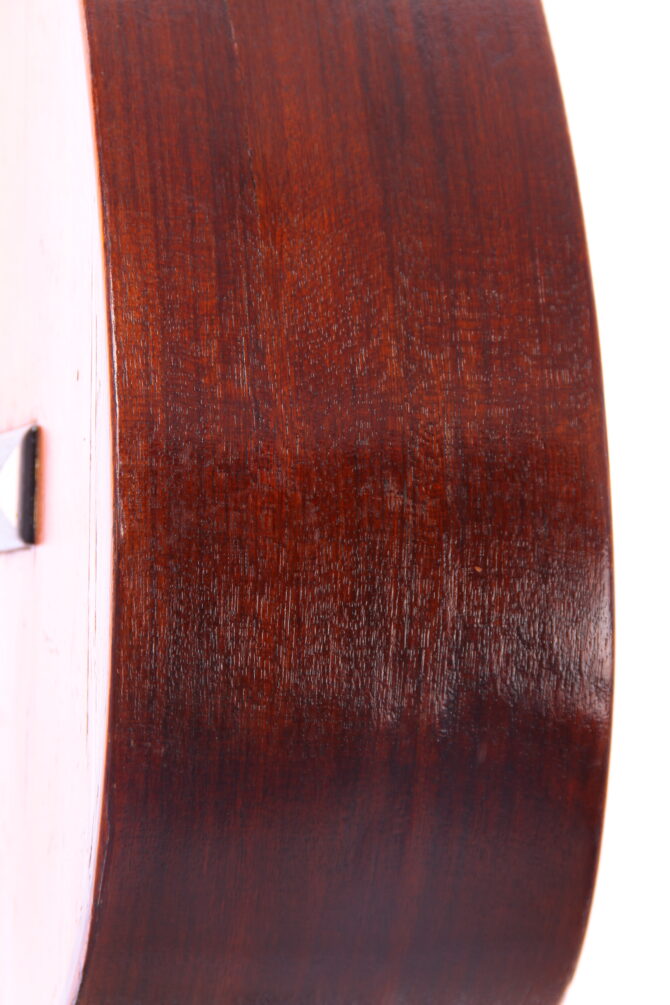 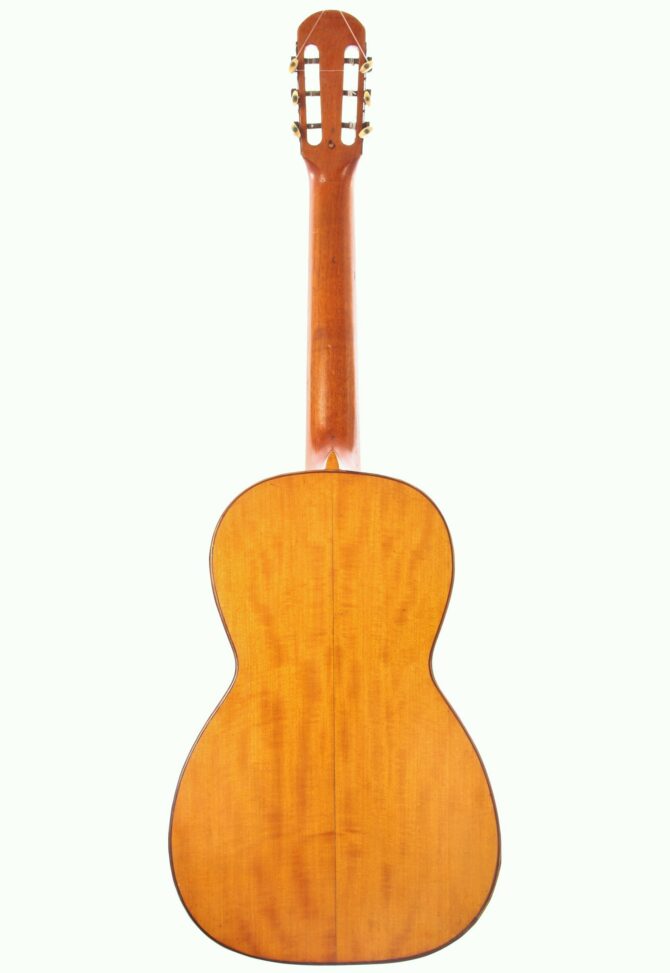 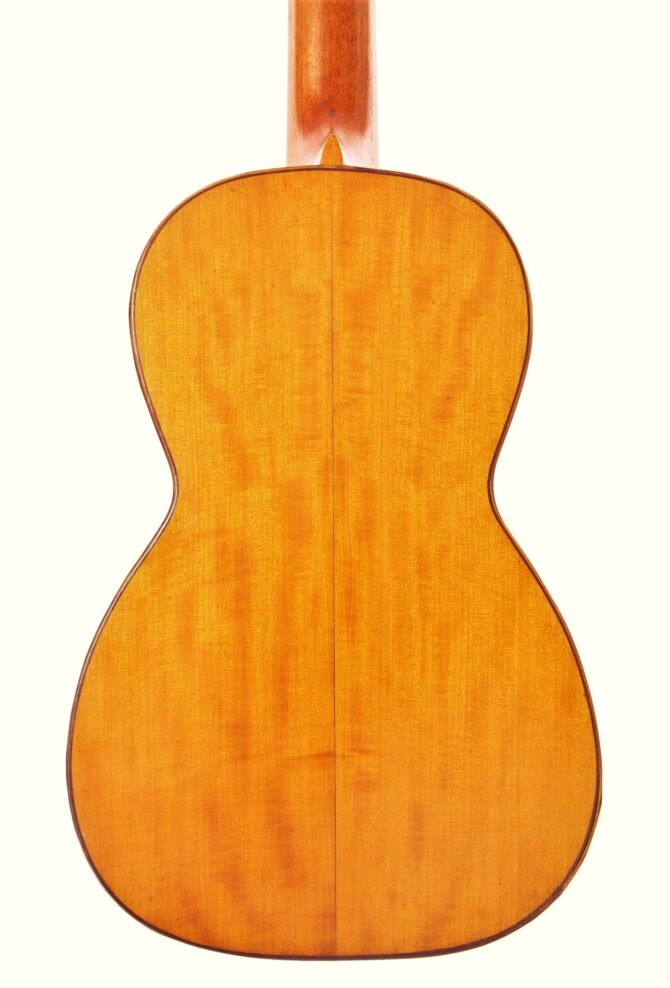 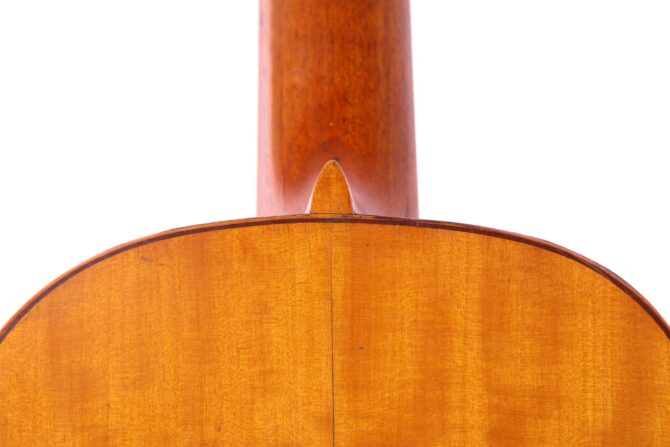 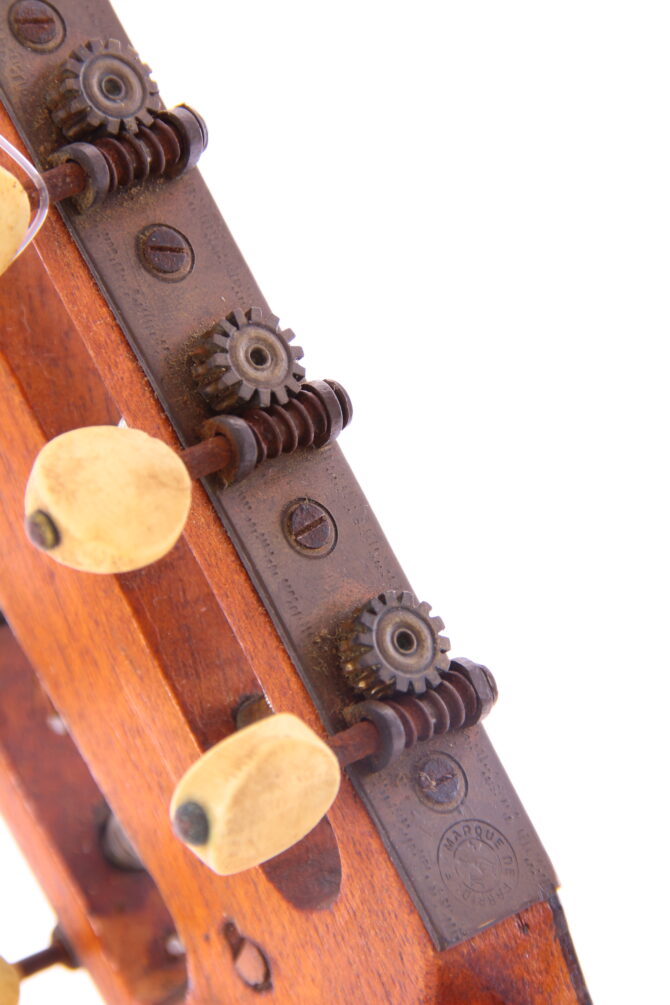 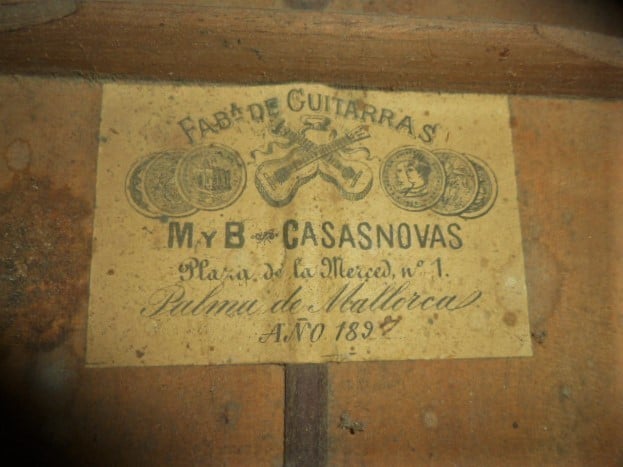 Francisco Casasnovas was born in 1816 in Palma de Mallorca. He began building guitars and bandurrias in 1845, opening his workshop at Plaza de la Merced 1, Palma de Mallorca.
He trained his sons, Bartolome Casasnovas i Fiol and Miguel Casasnovas de Fiol. When he died, his sons took over the workshop, building Casasnovas guitars until 1927.
The construction of their guitars was of excellent workmanship and the wood of very good quality. They distributed guitars to all Spanish cities, especially Santiago de Compostela and also built flamenco guitars, mostly for guitarrists in Andalusia.
They also received many orders from outside of Spain, mainly from Argentina.
They exhibited a guitar in the Barcelona exhibition of 1888 and obtained a prize. They became also famous for a mechanism to alter string tension.
Even today Casasnovas guitars are famous among players and part of many famous guitar collections.

This guitar is a perfect example of a Casanovas guitar. Very nicely built, with excellent materials. It has a fine spruce top and a nice maple back. The sides are similar to the baroque guitars made of a different material. It seems to be some kind of rosewood. The scale length is 642 mm and the nut width 50 mm.

This guitar is built as light as a feather and is perfectly worked out in every detail.
It is a great example of a high quality guitar – it is simply exquisite for its quality of sound. While every note is rich in overtones, it retains an almost unbelievable degree of separation and clarity between voices. Due to its ultra-lightweight construction, the production of sound is immediate, with an ample amount of tonal modulation and dynamic range. This guitar also boasts enormous power, which will immediately put to rest any rumor that old guitars don’t have much sound!

The guitar plays very nice, with a low action and a comfortable neck. It has been lightly restored.