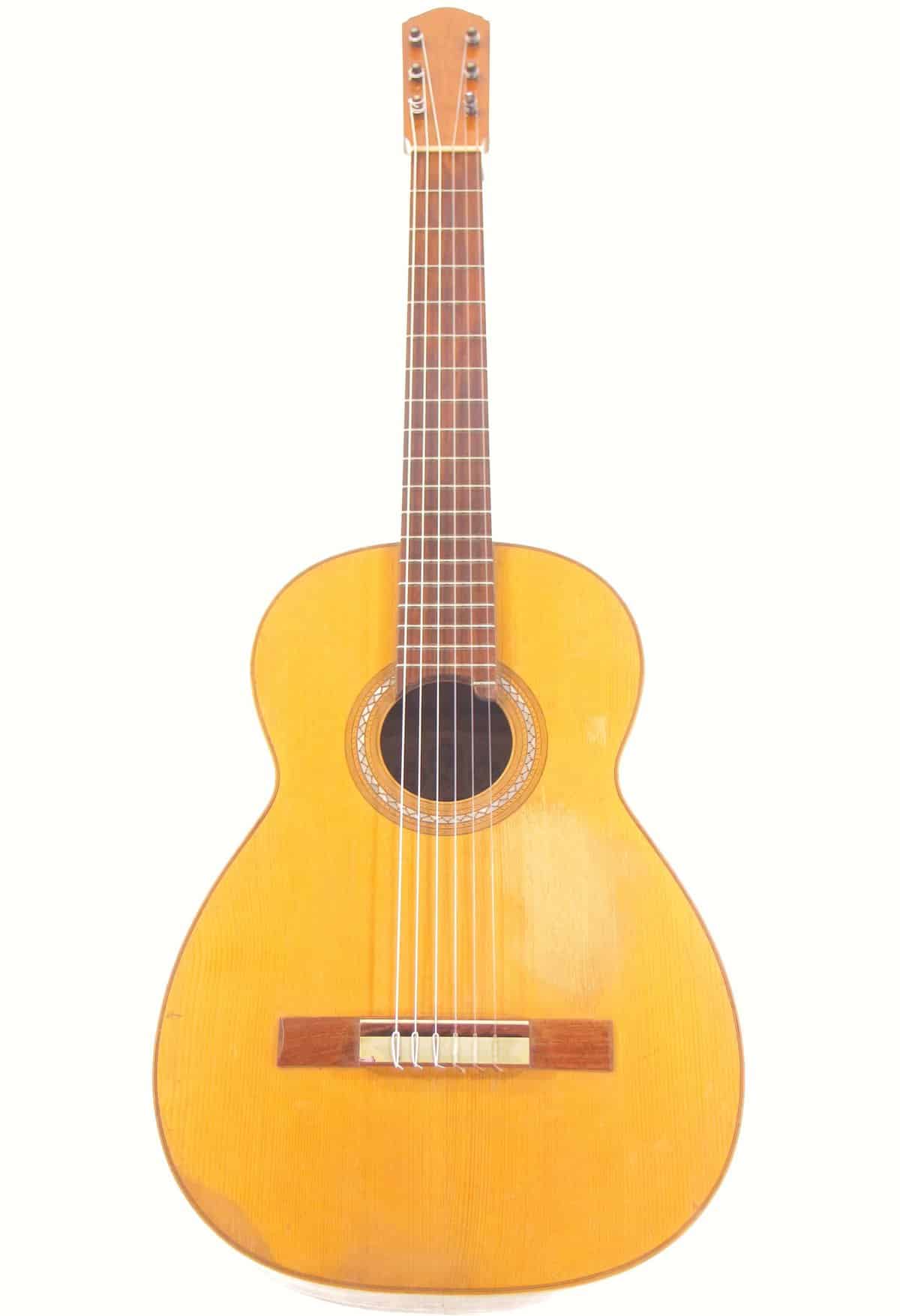 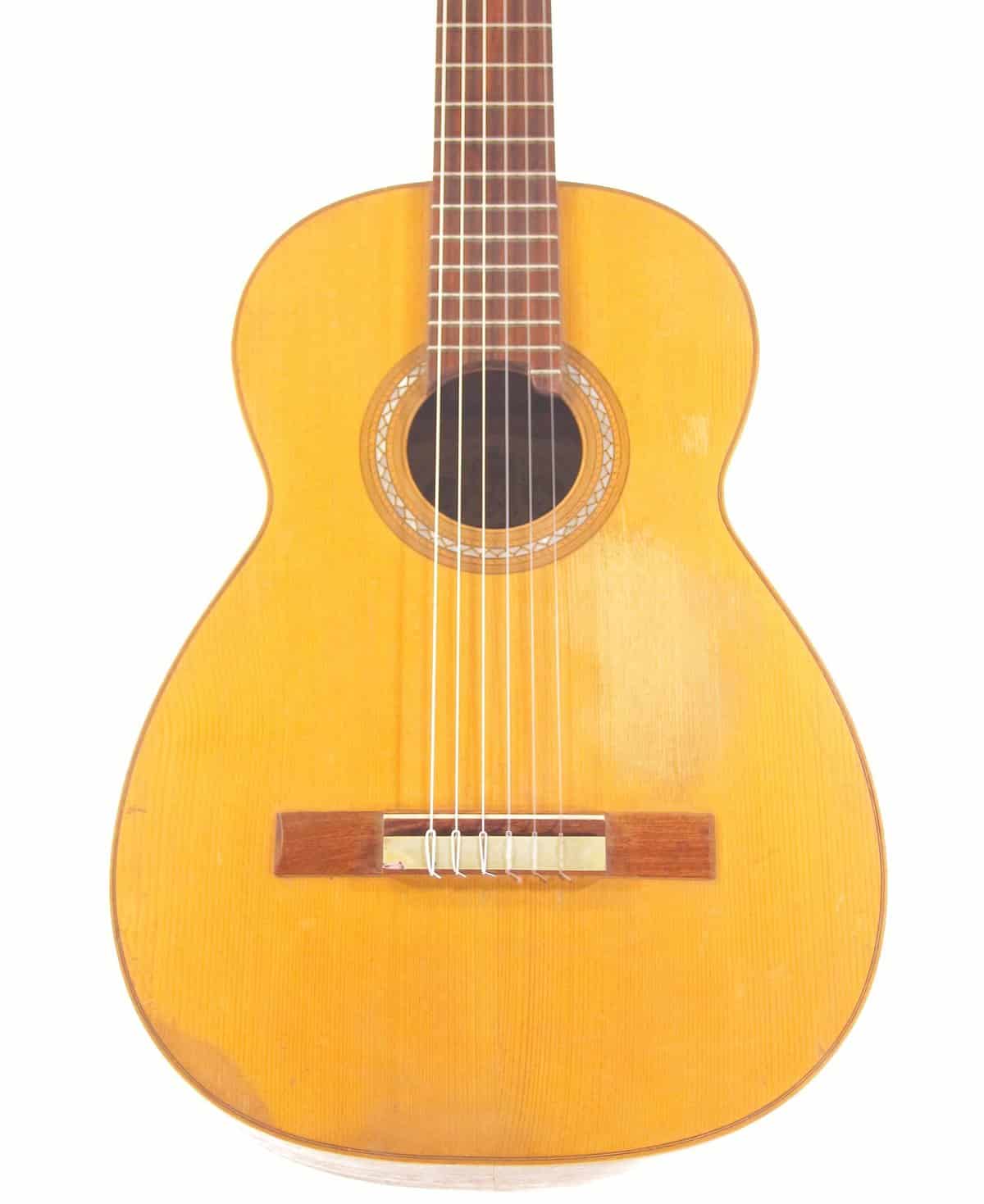 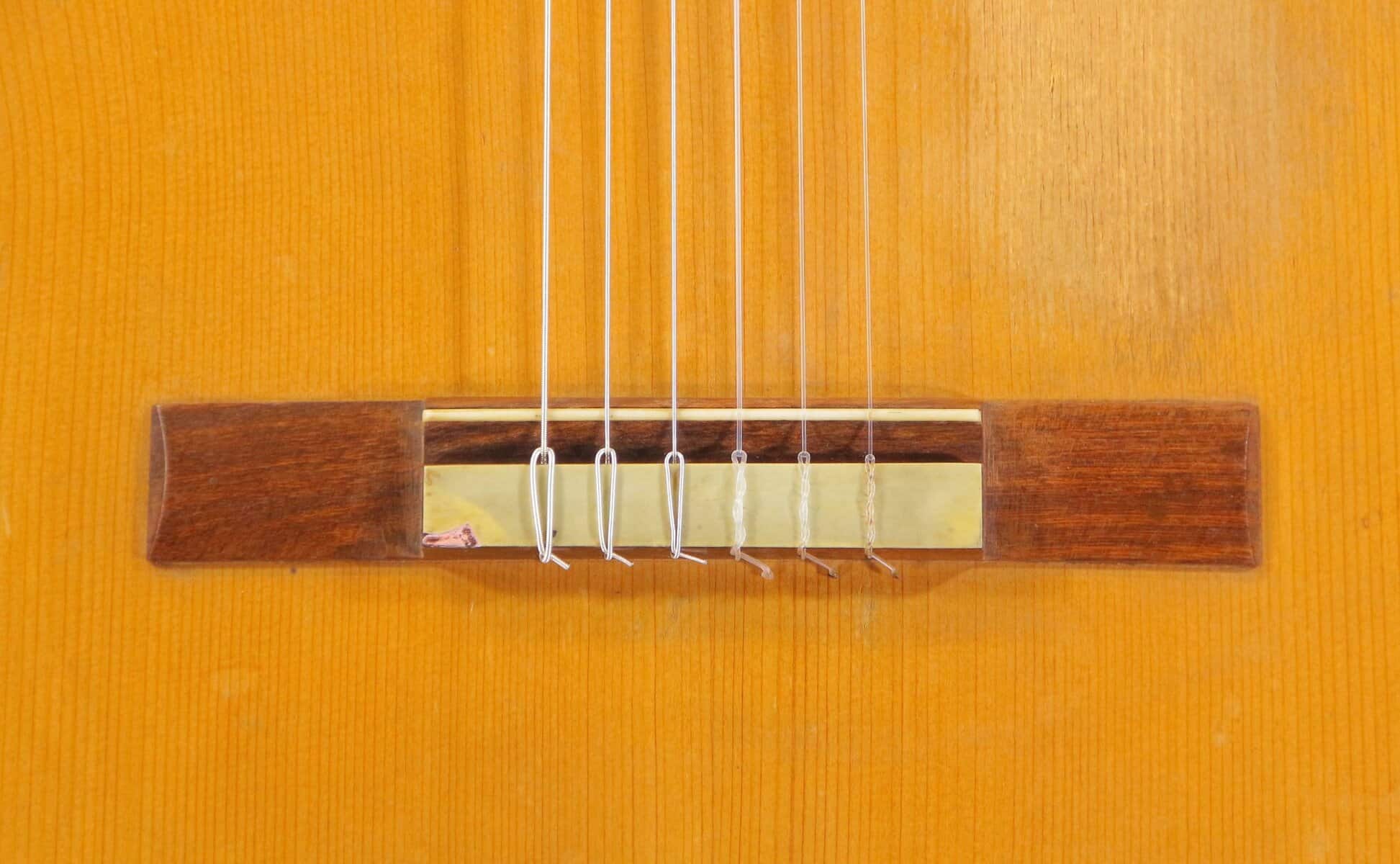 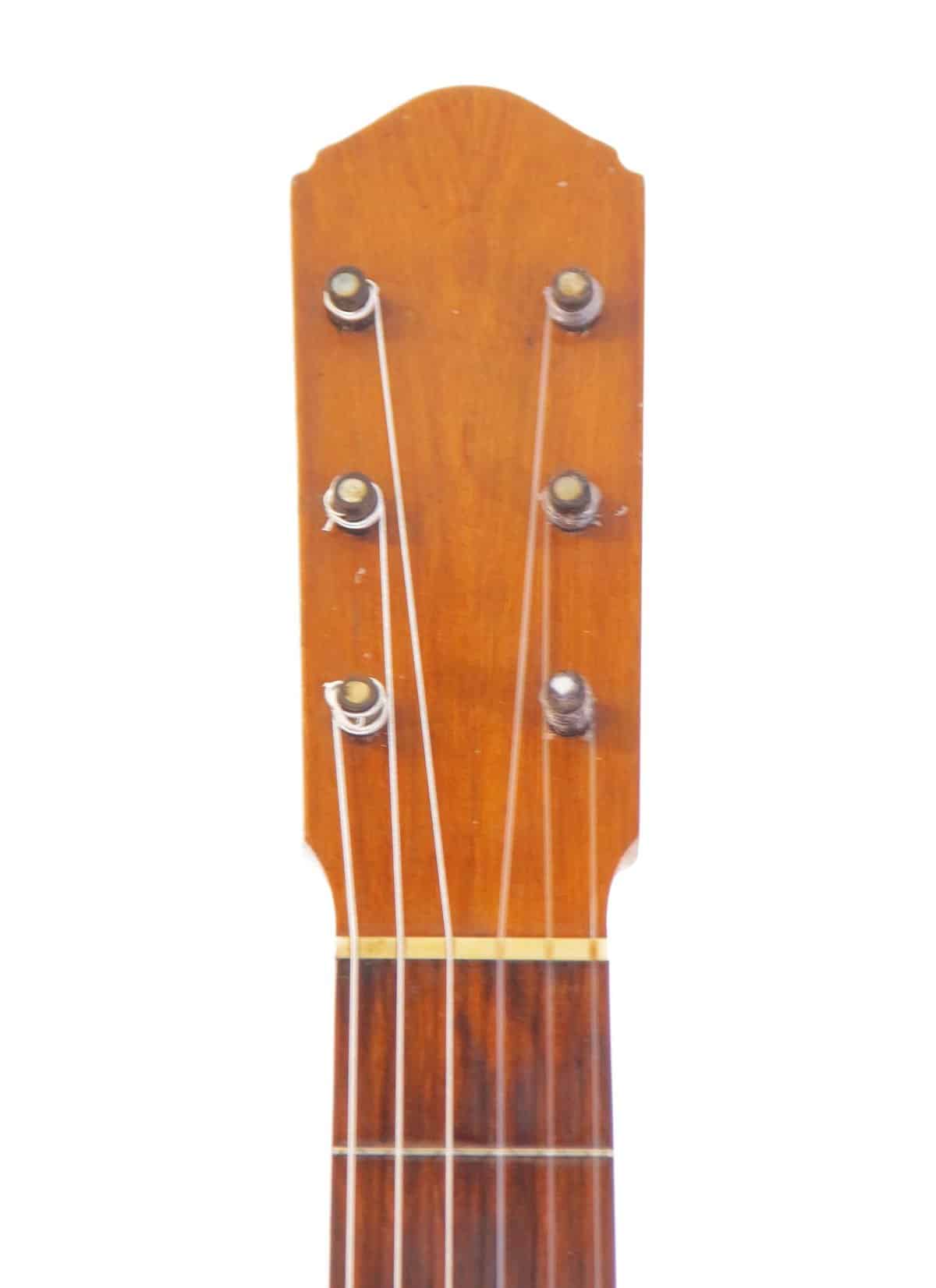 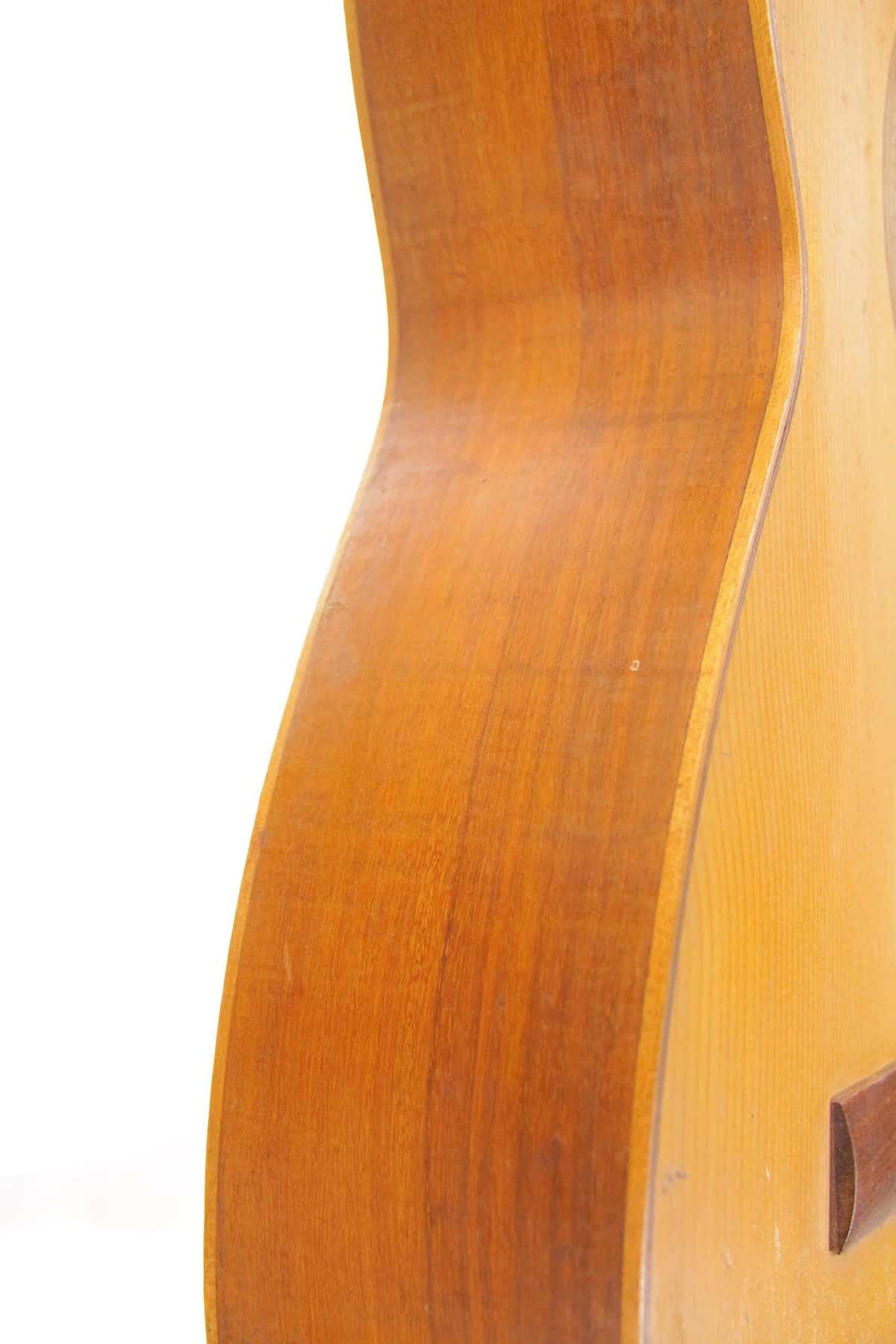 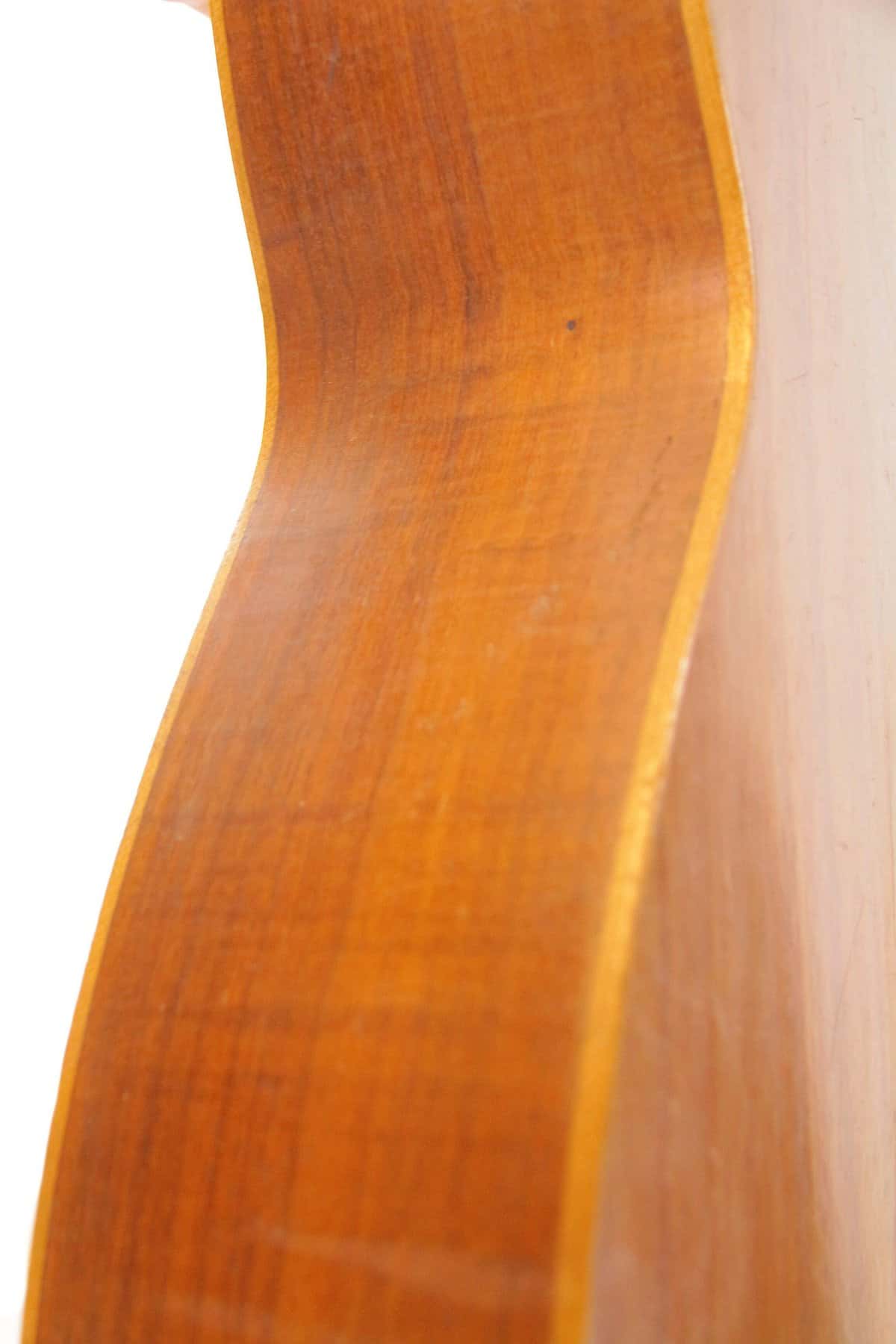 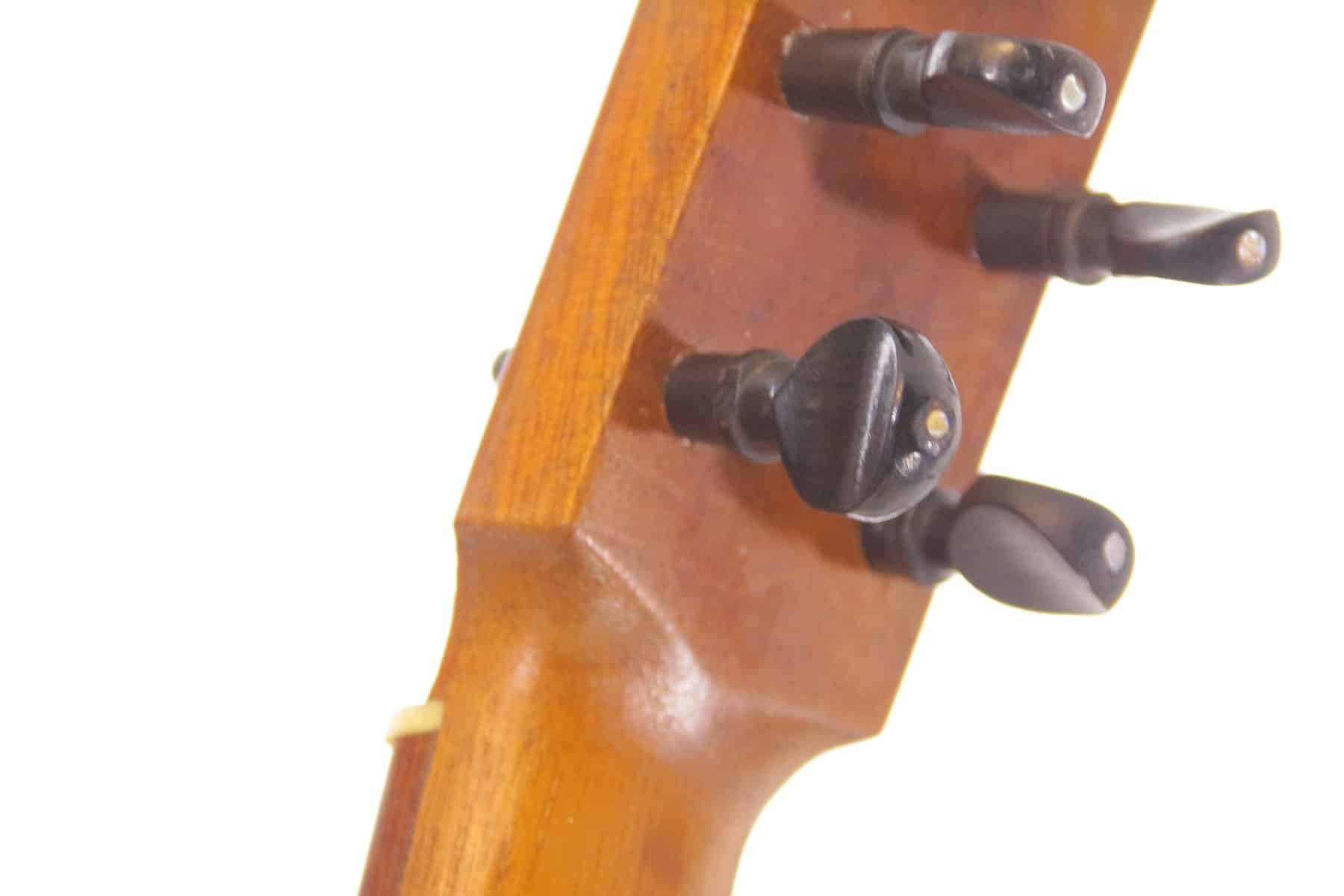 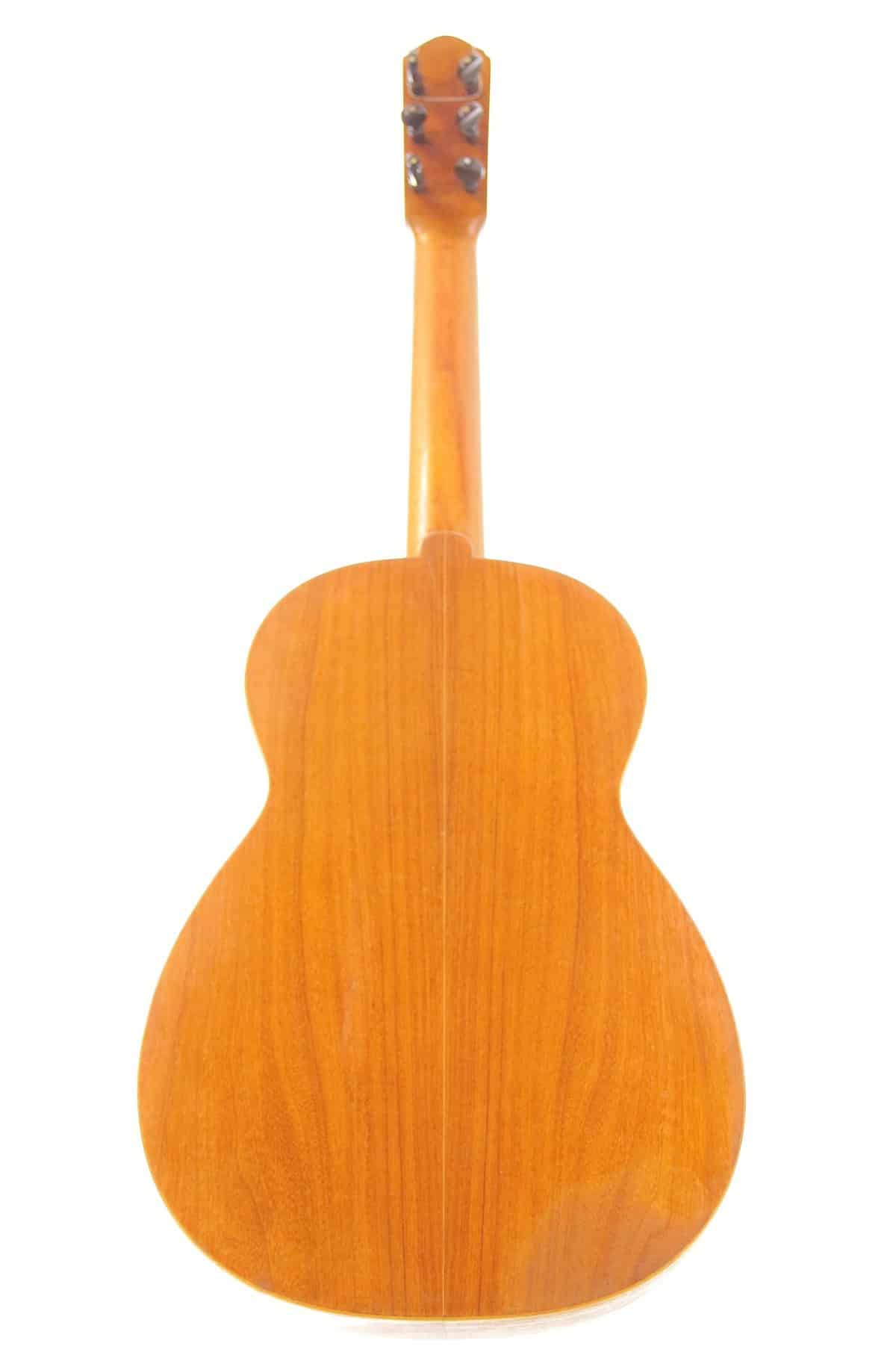 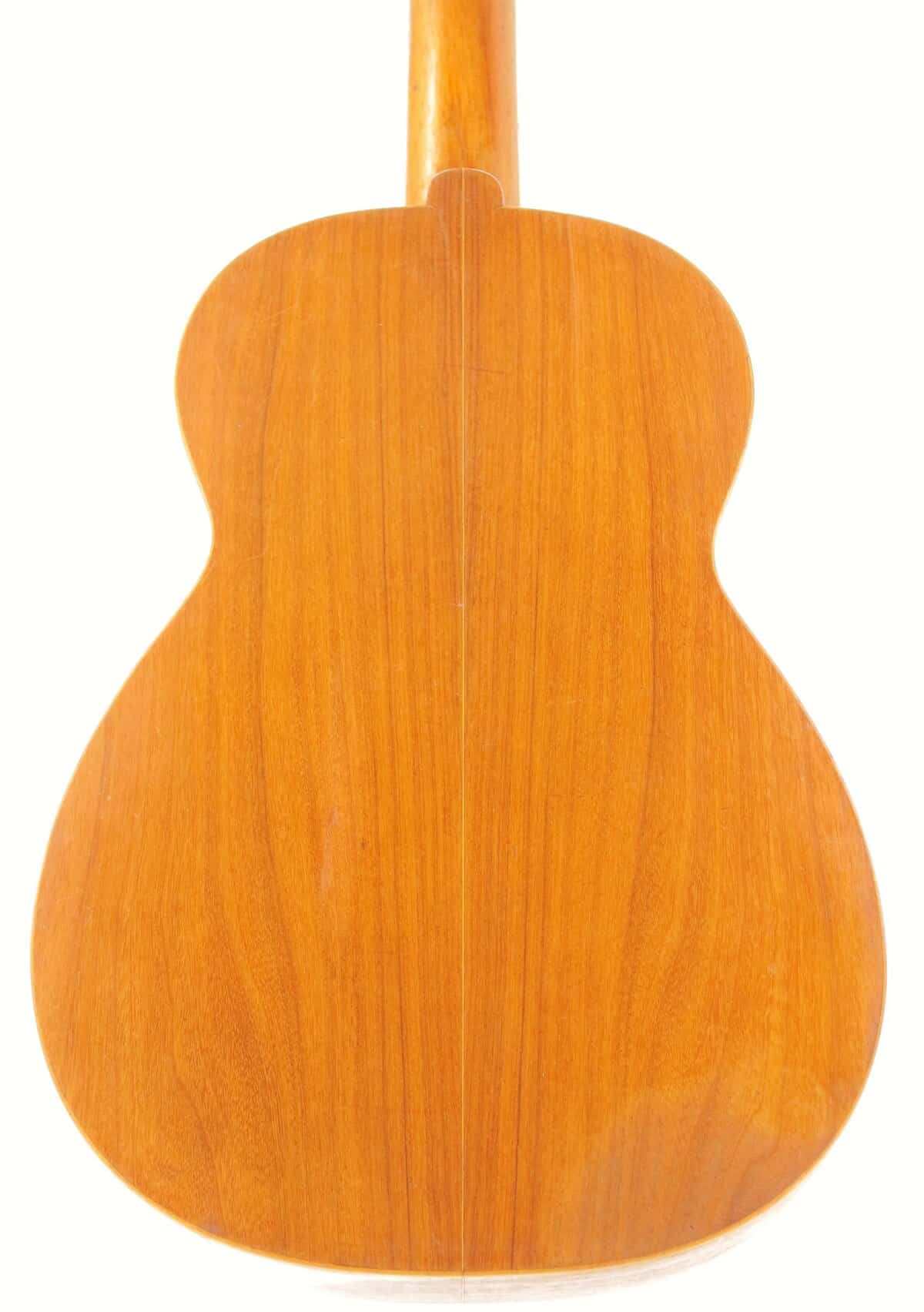 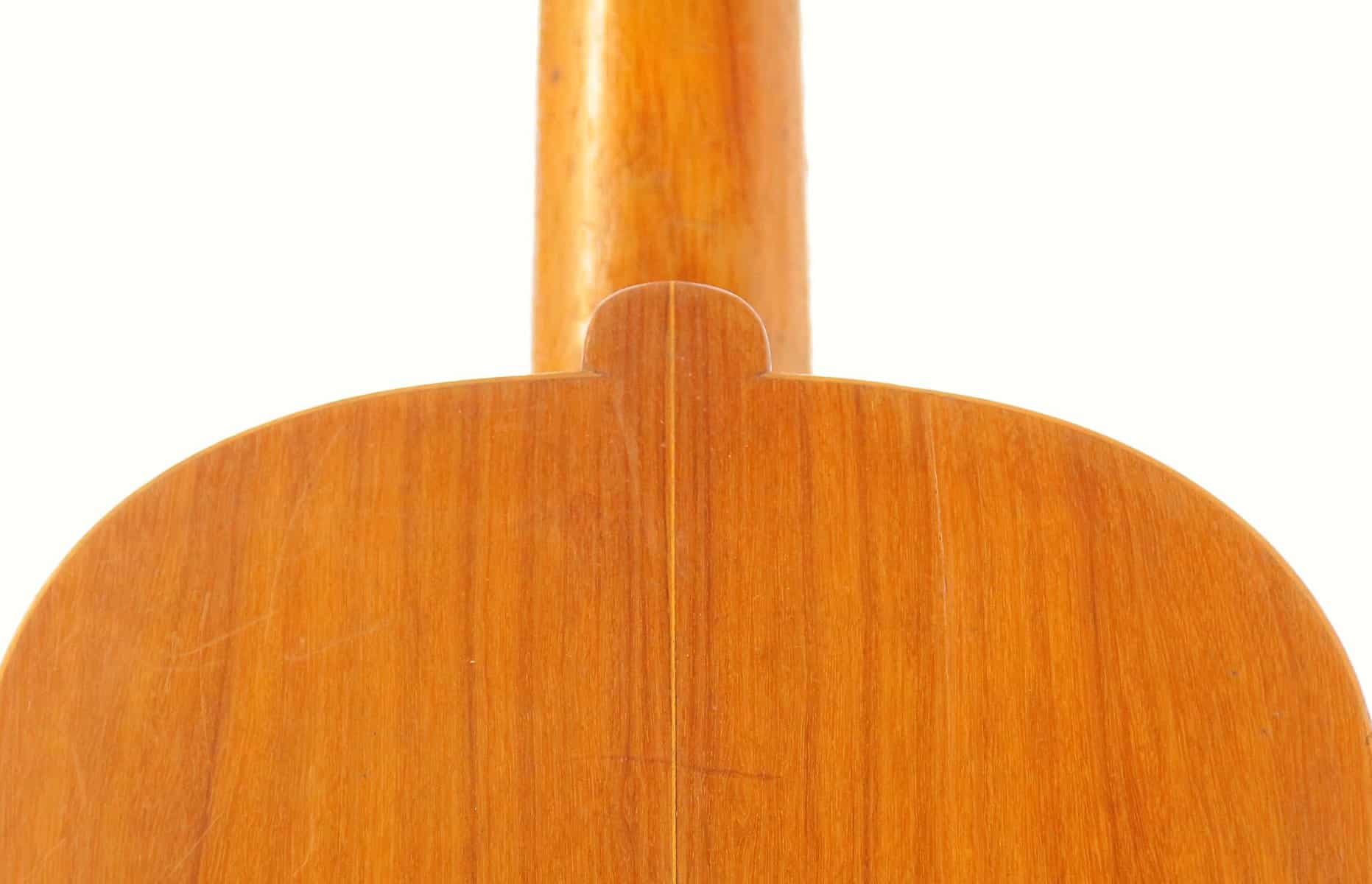 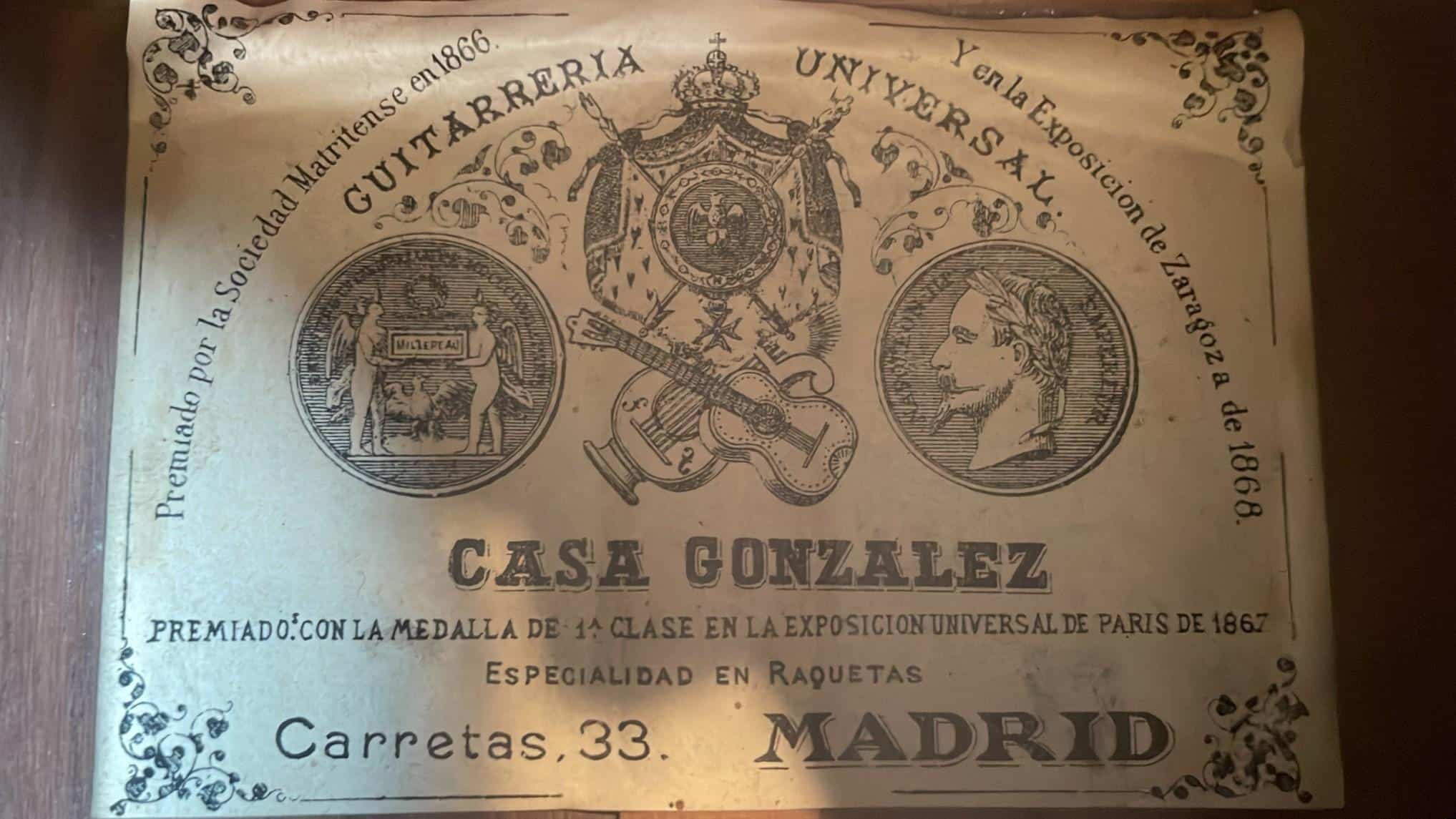 Casa Gonzalez ~1910 – only by looking at this guitar, you already know it sounds amazing. How else can a guitar have such a beautiful vintage patina if it hasn’t been loved and played a lot over all these years?

Nineteenth century Madrid-based builder Francisco Gonzalez was a near exact contemporary of Antonio de Torres but who built in his own style. Gonzalez was very celebrated in his own day – he was the winner of several prizes and medals in various exhibitions during his lifetime and is known to have been the teacher of both Jose Ramirez I and his brother Manuel Ramirez.
Gonzalez’ reputation in his own day is strongly suggests that he must have been a prolific builder, however, much like Vicente Arias, very few of his instruments survive to the present day. After his death in 1879, his work was carried on by his son-in-law Enrique Romans Papell at first under the name “Viuda e Hijos de Francisco González” and after 1901, “Casa Gonzalez” which remained active into the 1940s.

This particular guitar is a beautiful example from this shop, featuring some exquisite inlay work – the mother-of-pearl in the central band of the rosette. It has a spruce top and rosewood back and sides. The scale length is 620 mm and the nut width 50 mm.
Apart from a few old and stable repairs, the instrument is in extremely well-preserved condition and remains very original.

Sound-wise the guitar is nothing short of spectacular with a huge bottom end that would rival any design that has come before or after. Although the basses are huge, they are transparent to the upper notes and do not crowd out the brilliant, crystalline trebles – the guitar, therefore, retains an unusually perfect balance, even amid the richness of the bass notes.

This is by every standard a rare, historical, well-preserved and for all matters, great sounding and playing guitar by one of the most important and influential turn-of-the-century (19th/20th) Spanish workshops.