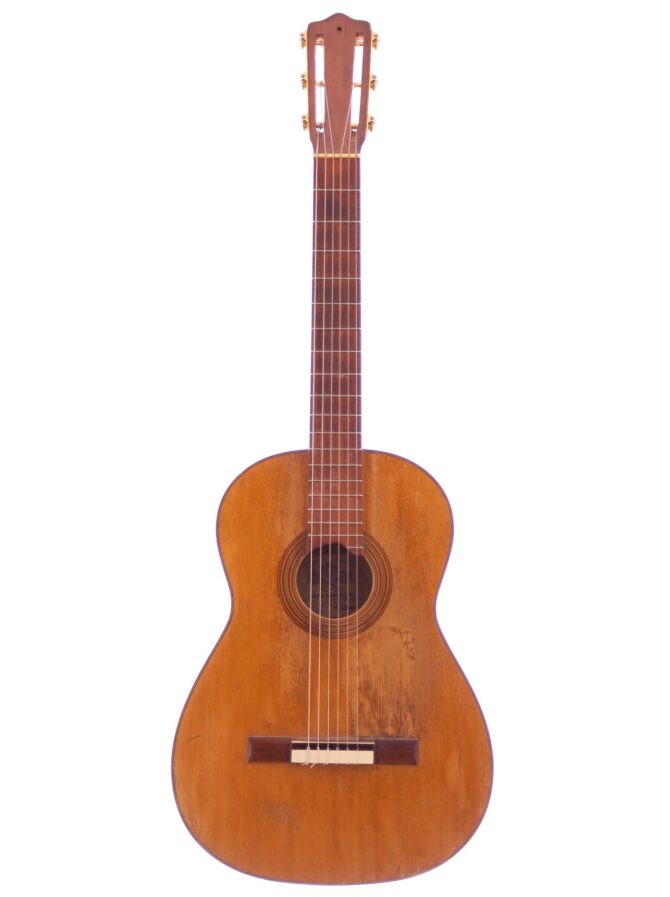 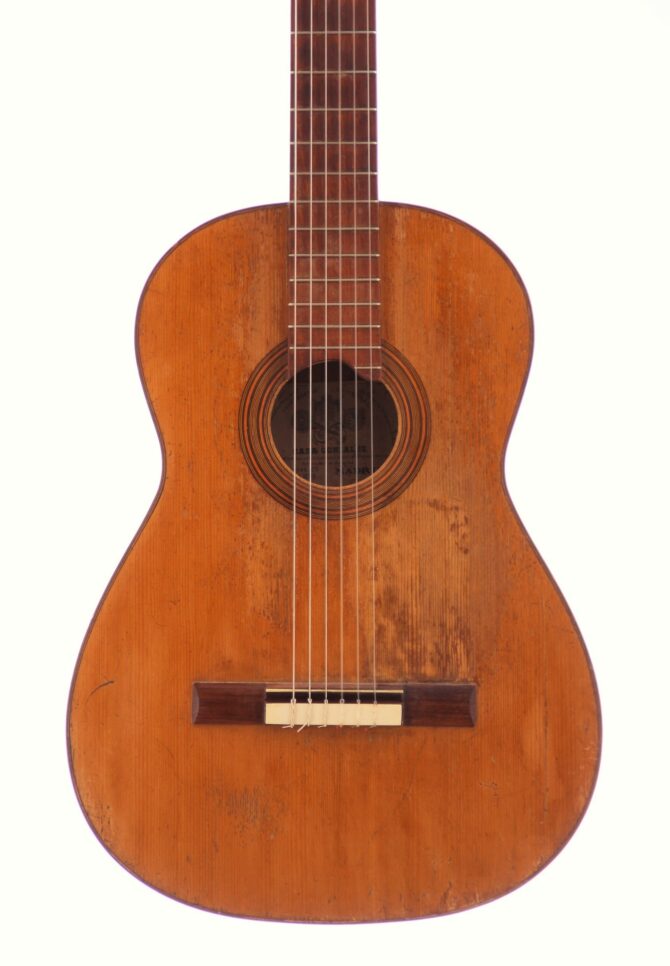 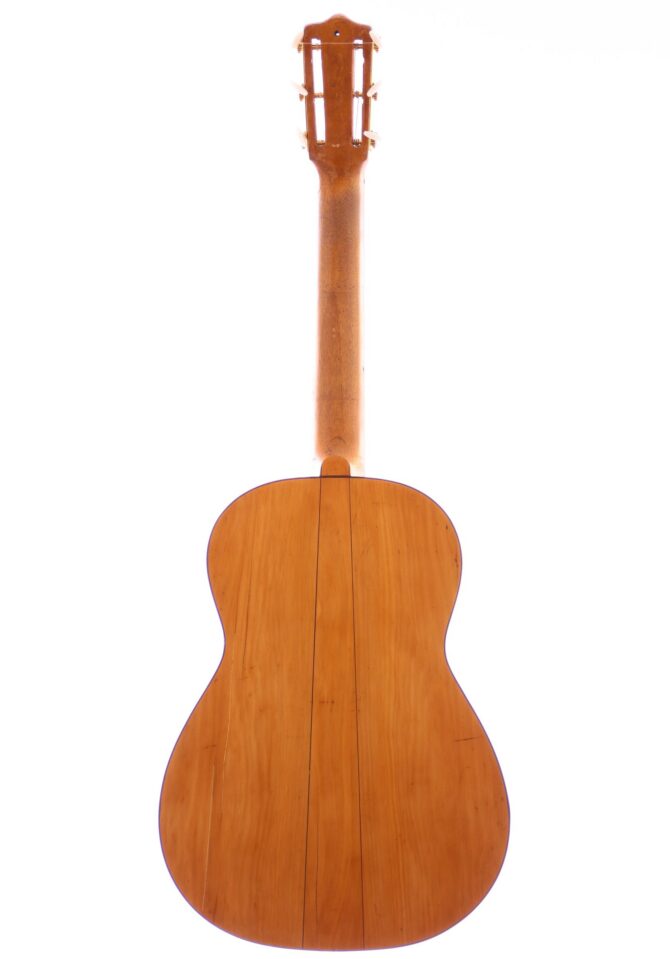 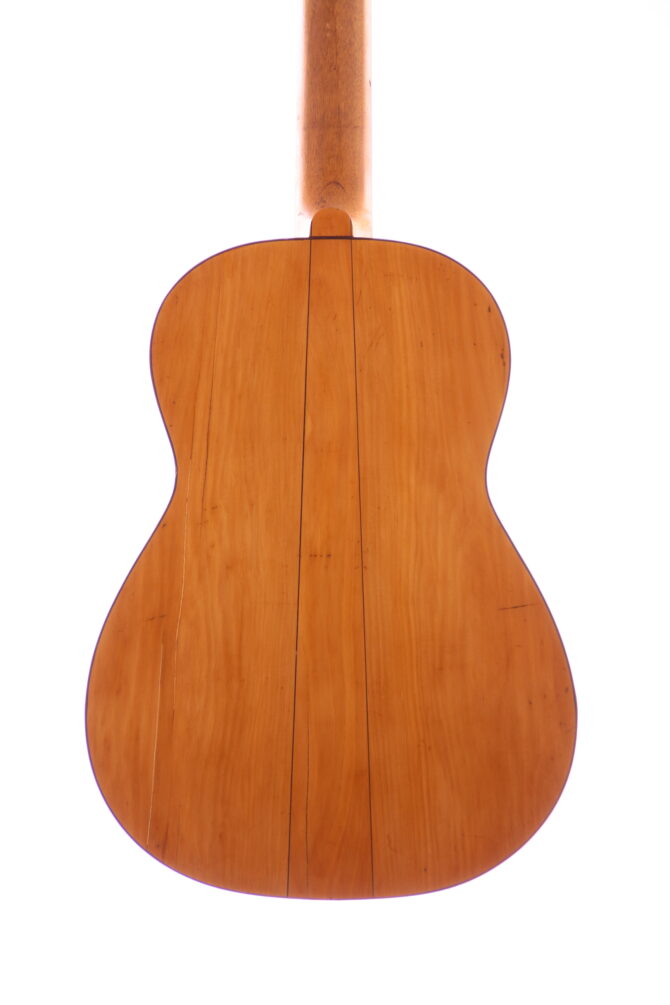 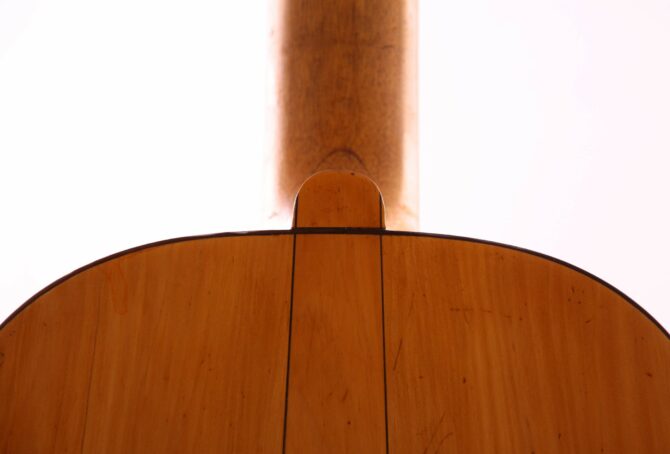 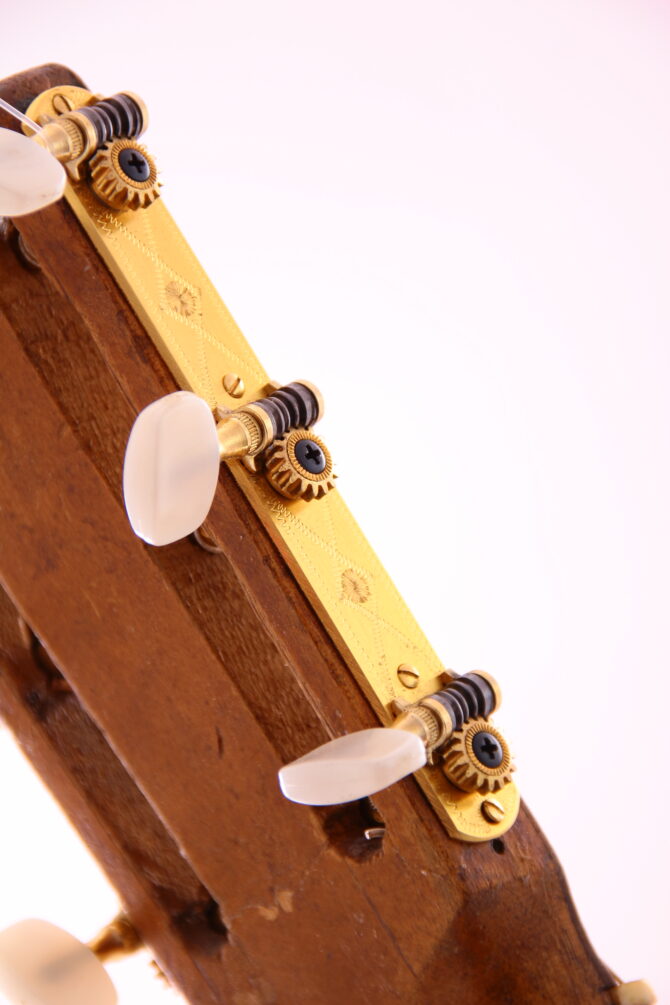 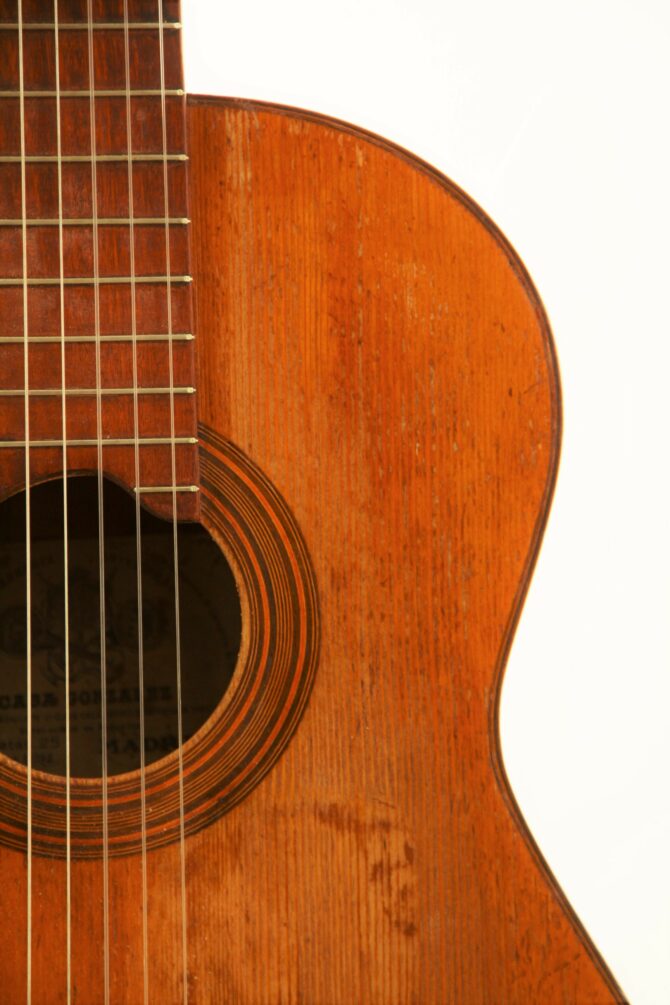 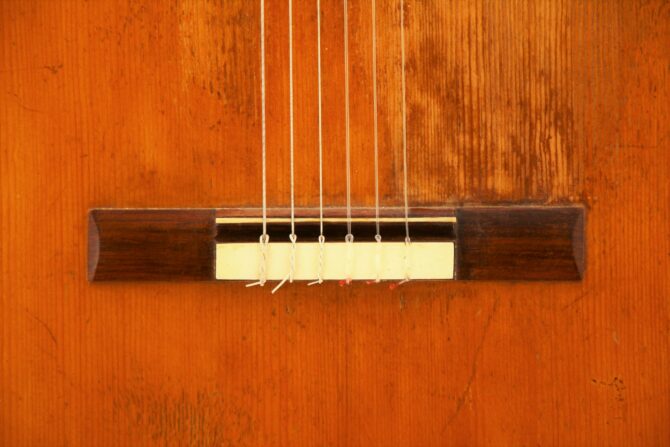 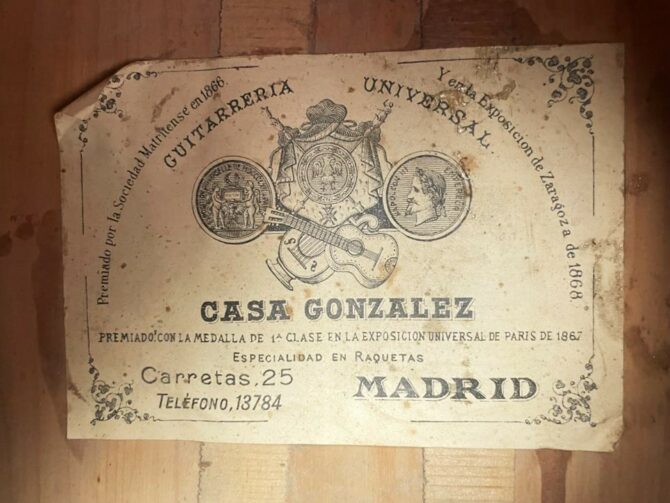 Casa Gonzalez ~1930 – when you look at this guitar, you already know it sounds good. How else can a guitar have such a beautiful vintage patina if it hasn’t been loved and played a lot over all these years?

The story of Casa Gonzalez begins with the famous Francisco Gonzalez who was a contemporary of Antonio de Torres and built in his own special style. Gonzalez was very famous during his lifetime – he won several prizes and medals at various exhibitions and was known to have been the teacher of Jose Ramirez I and his brother Manuel Ramirez.
After Francisco Gonzalez’s death, his son-in-law Enrique Romans Papell initially continued the shop under the name Viuda e Hijos de Francisco González. He too was an excellent guitar maker who had learned from Francisco Gonzalez.
In 1901, he renamed the shop to Casa Gonzalez and continued to build guitars under this name until the 1940s.

This wonderful guitar is finely handcrafted in the modified Torres style with a 5-fan bracing.
The body is made of beautiful cypress wood and the top of fine spruce.The scale length is 645 mm and the nut width 53 mm.

The sound of the guitar is an absolute pleasure … there are guitars like this with which you immediately feel an inner connection and which you quickly take to your heart. This is exactly the case with this guitar.
The sound is very touching and this guitar awakens deep emotions. The basses are round and precise, with a very special and enchanting quality. The singing and crystalline trebles offer a fantastic range of timbres.
From the exterior you can tell that this guitar has been played and loved for countless hours over the years.
Some may be put off by the exterior condition – but experienced players know the quality that can be found in such characterful guitars.

The condition is quite good apart from the countless playing marks … but there are already a few repaired cracks that have been repaired over time – everything has been checked again by our luthier.
The guitar plays easily with a low action, straight neck and easy to play frets.

Anyone looking for a guitar with character in sound and appearance, as well as historical significance, at an affordable price should seriously consider this guitar.