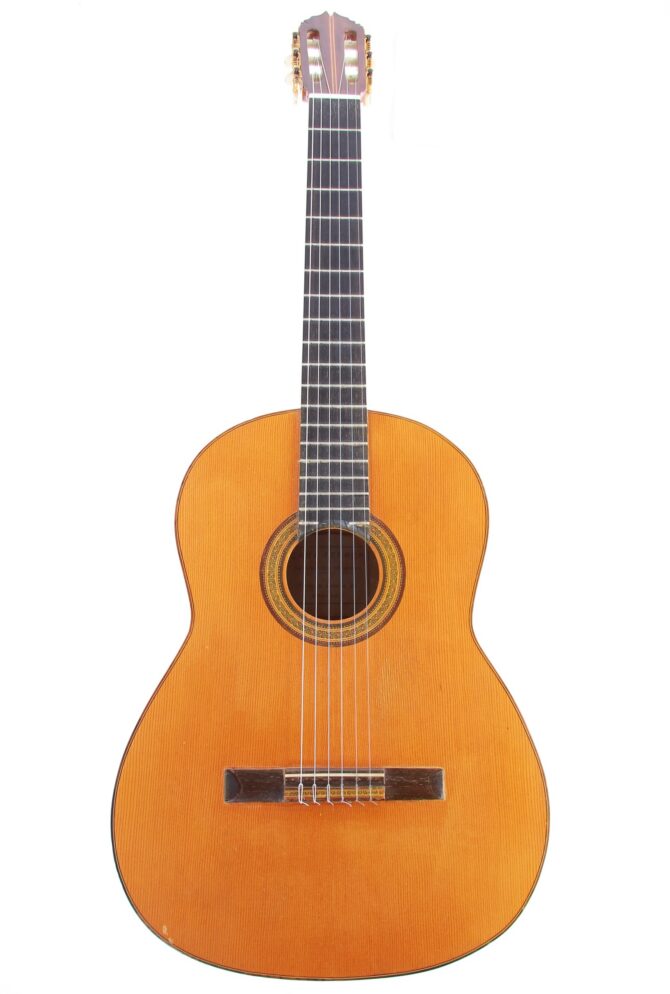 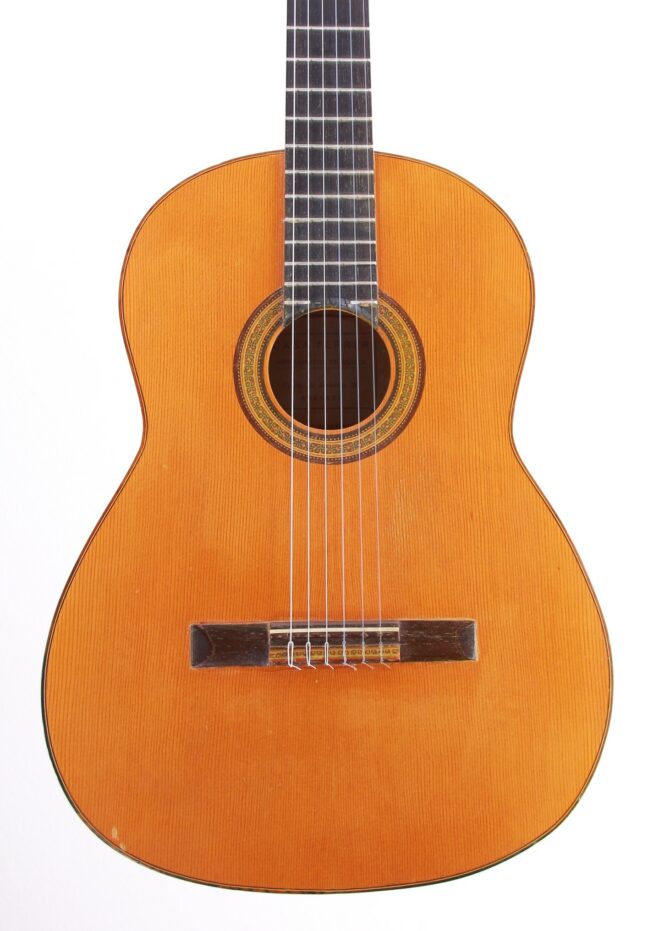 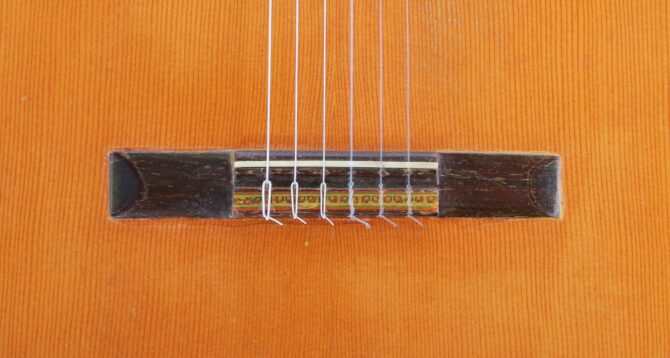 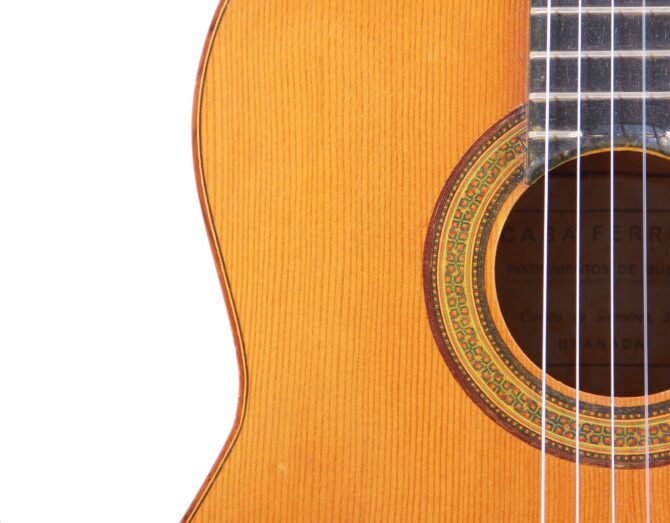 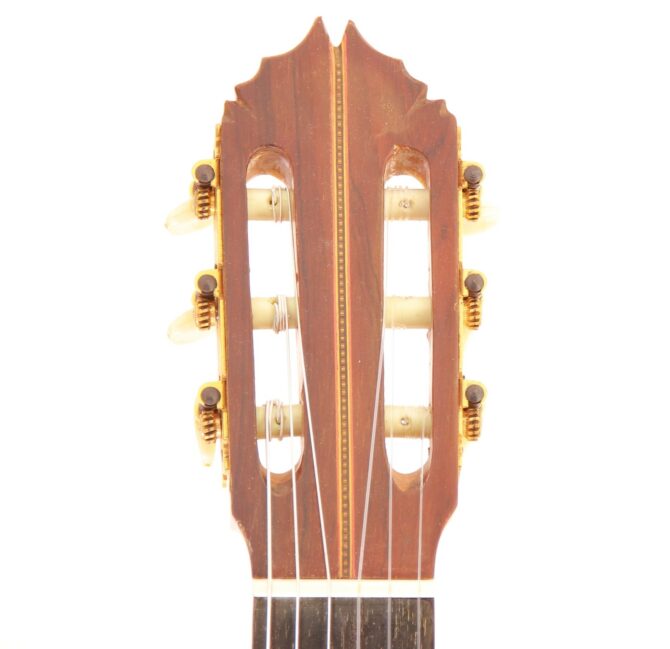 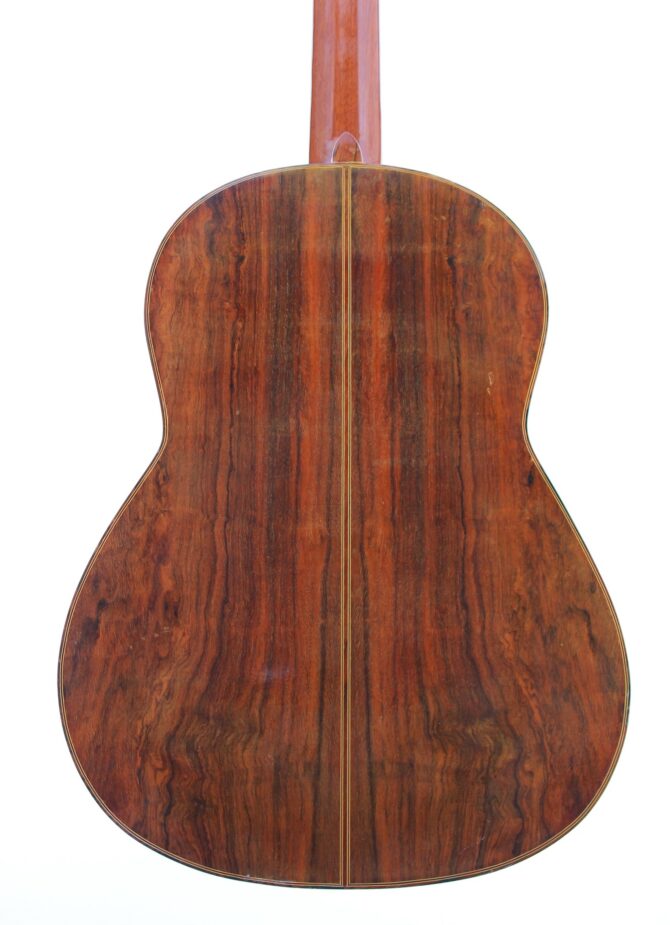 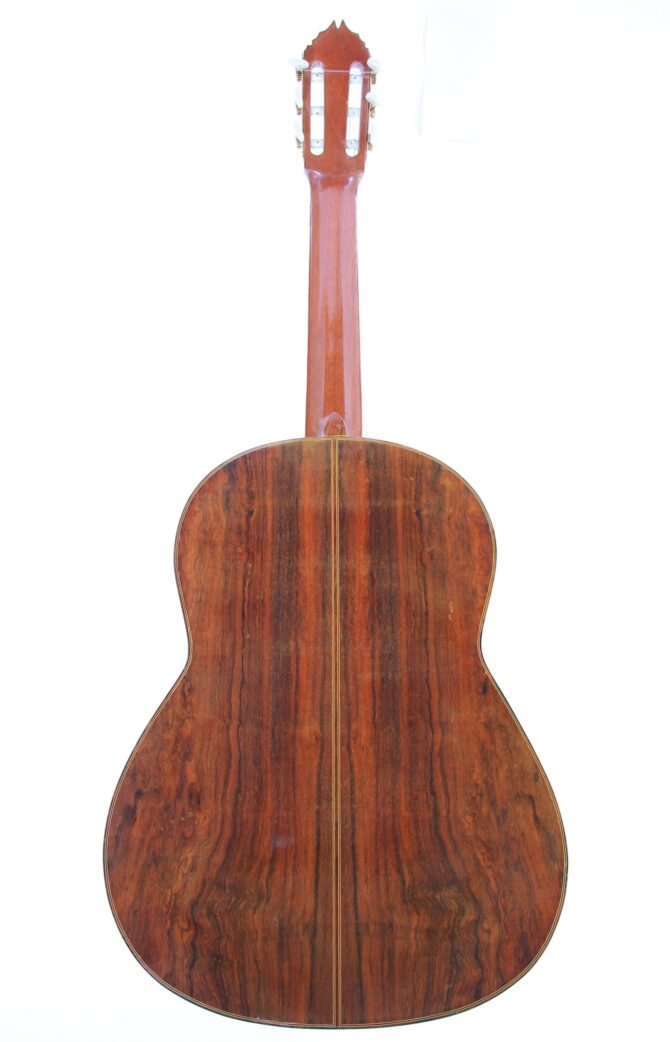 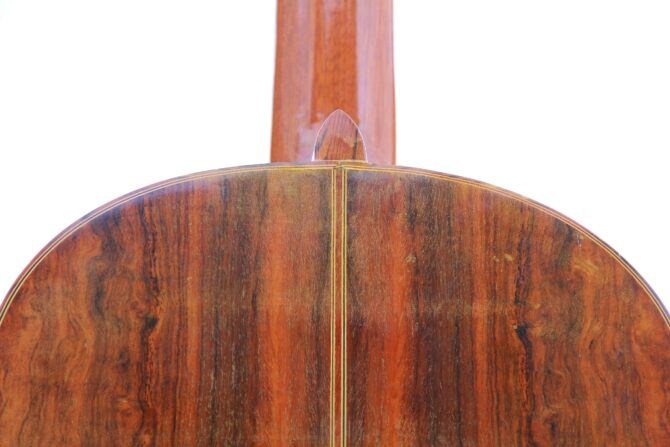 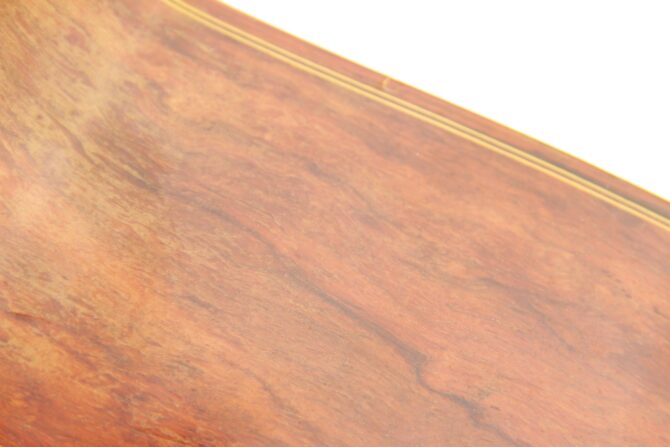 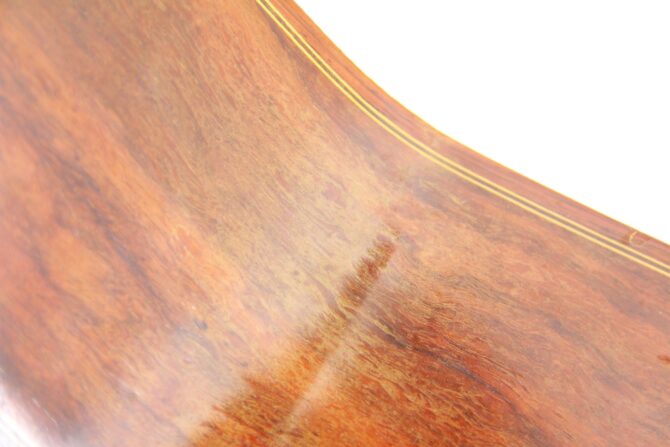 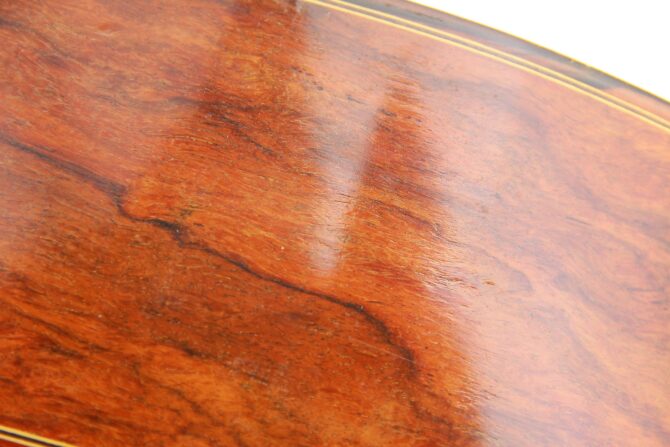 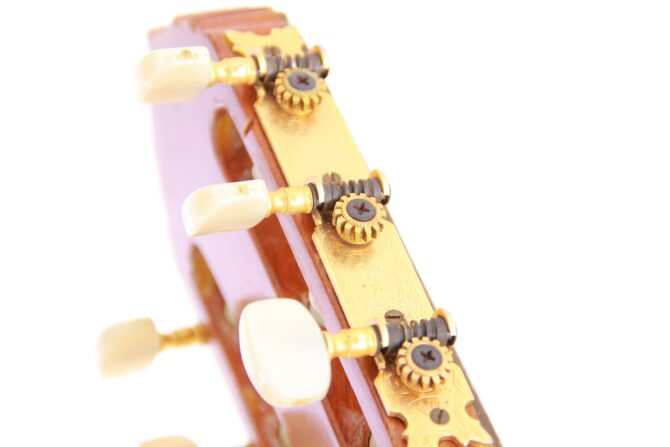 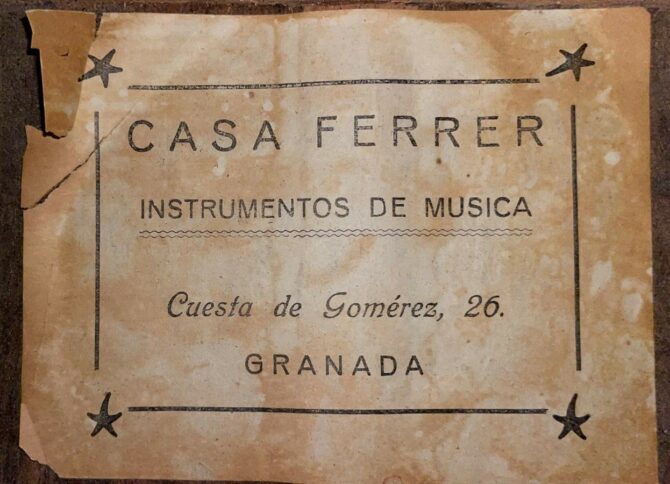 Today, Casa Ferrer is still present in the heart of Granada, at the foot of the famous Alhambra de Granada.

Soundwise this guitar reminds me to the guitars we had from Antonio Marin Montero and José Lopez Bellido. A fine Granada tone, very nice and sweet but powerful as well.
Together with the nice construction and the fine materials, it produces a magical almost mystical sound. It is loud and clear and has all the vintage magic you’d expect. The tone is gorgeous – rich and silky, smooth and full, marrying together the best qualities of a spruce-top guitar with the unique sound of Granadas typical guitars. The separation between notes is clear and incredibly balanced, across the entire range.

The condition of this guitar is very good for its age. It has a spruce top and rosewood back and sides. The scale lengths is 650 mm and the nut width 52 mm.