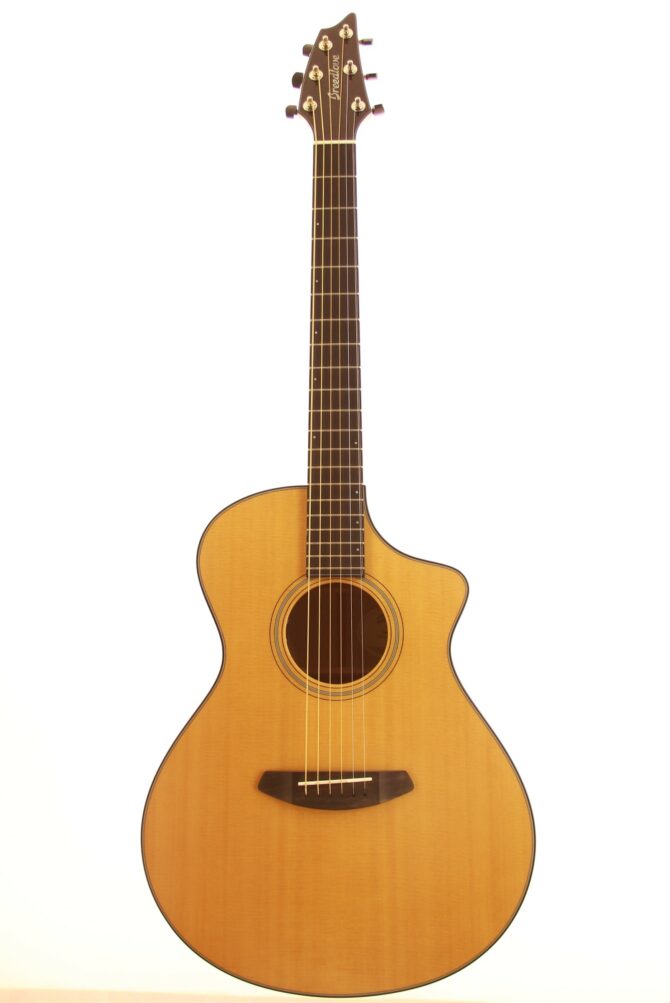 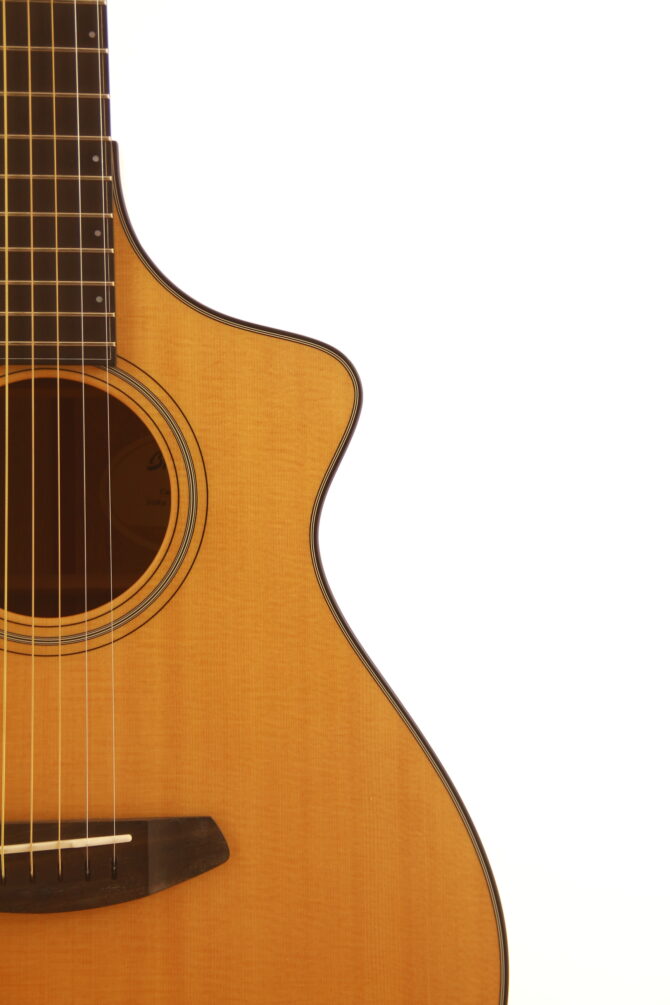 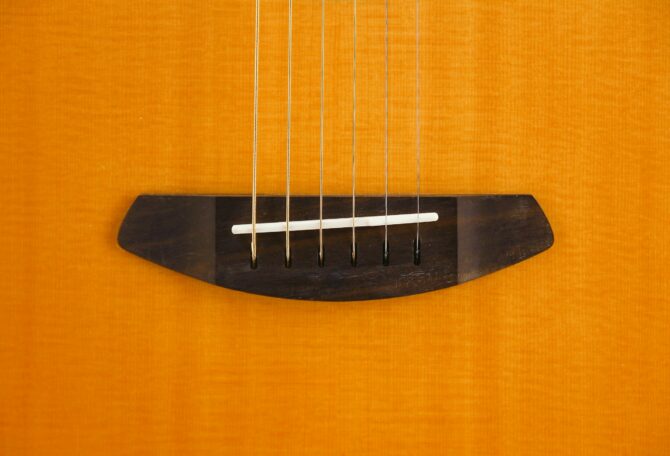 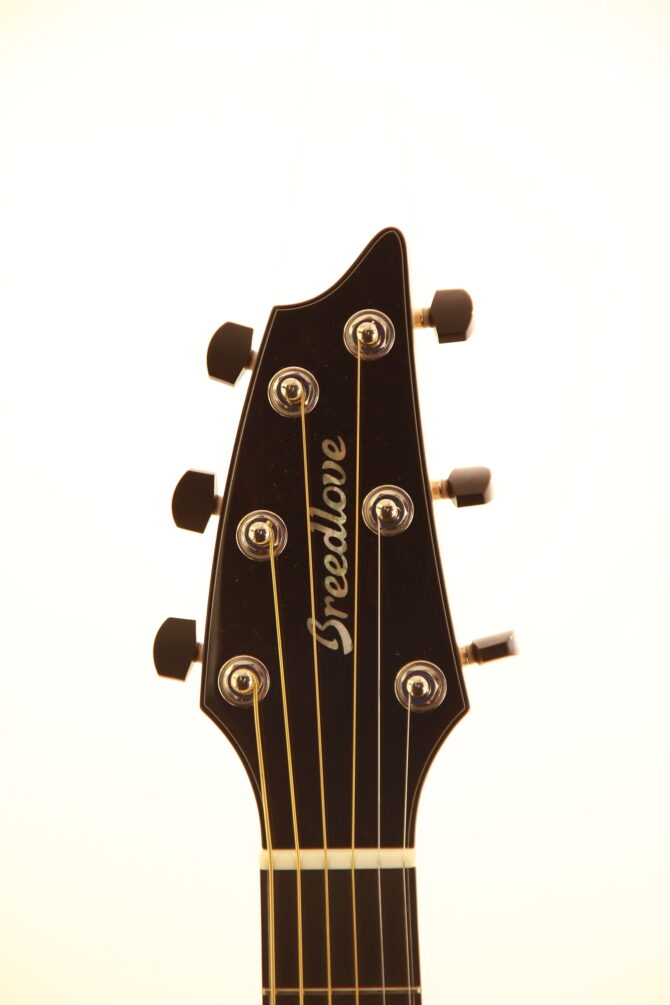 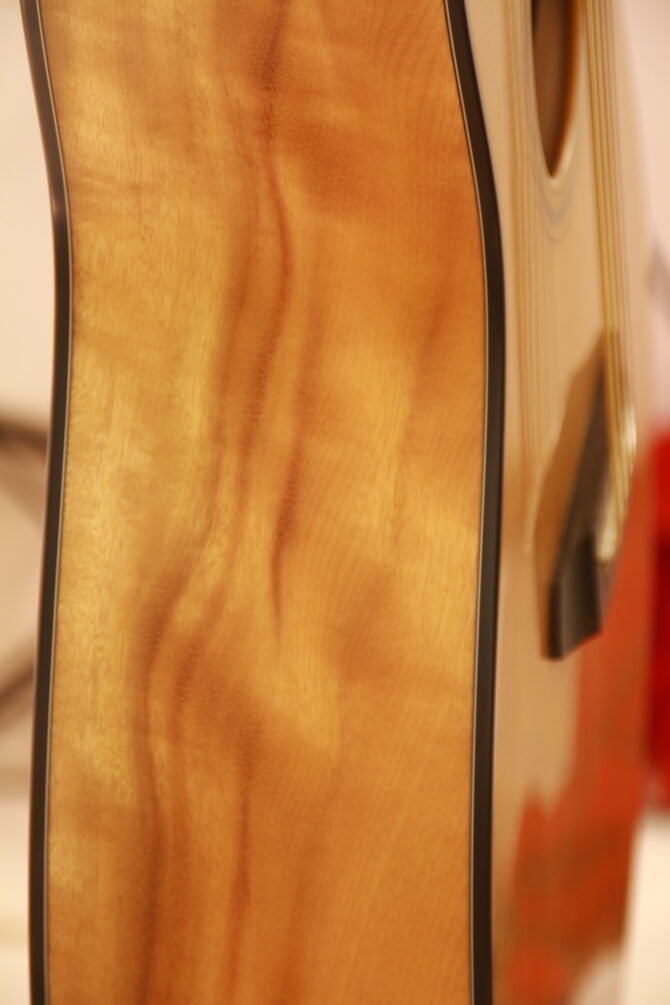 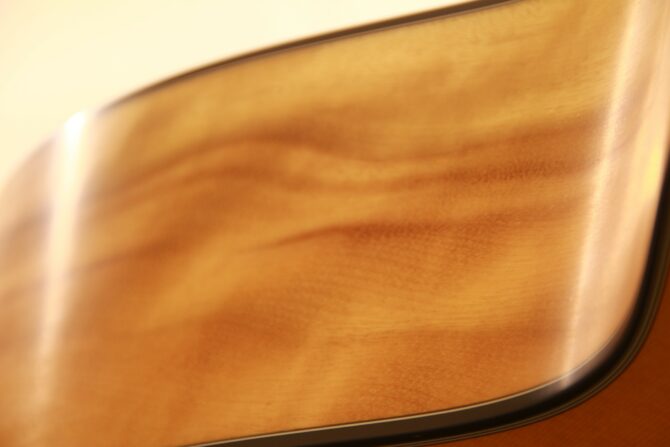 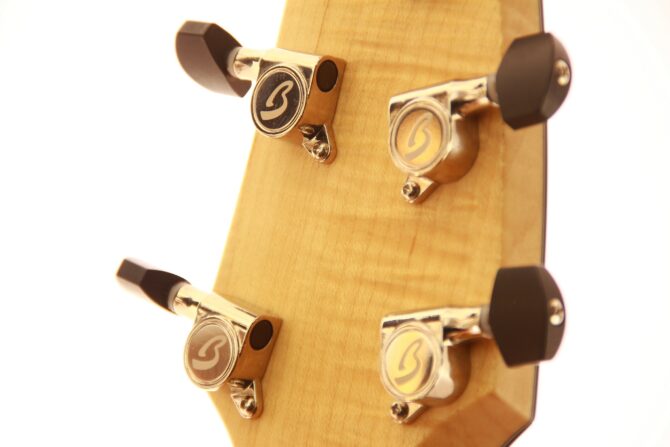 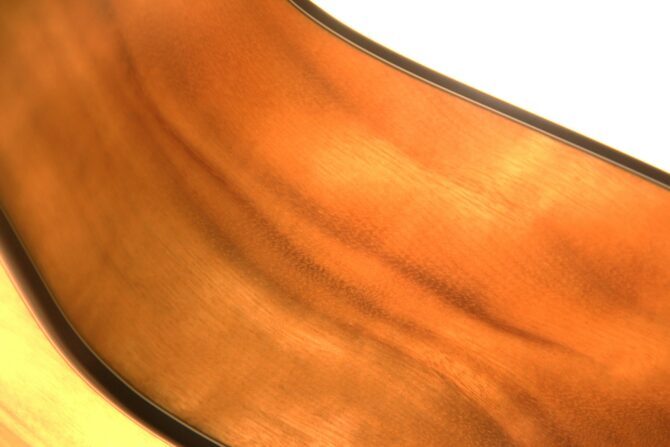 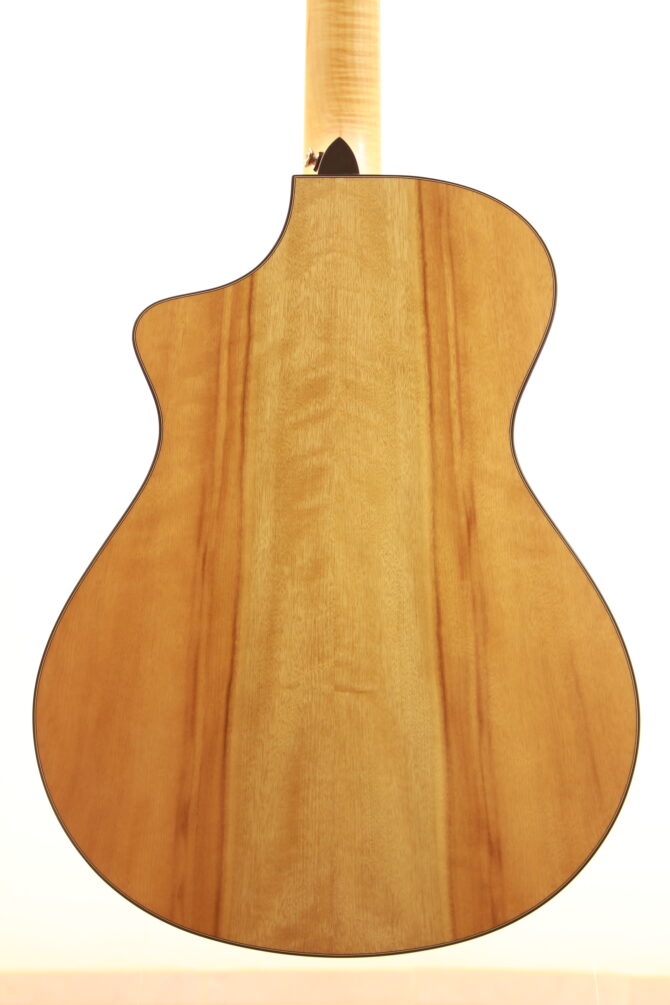 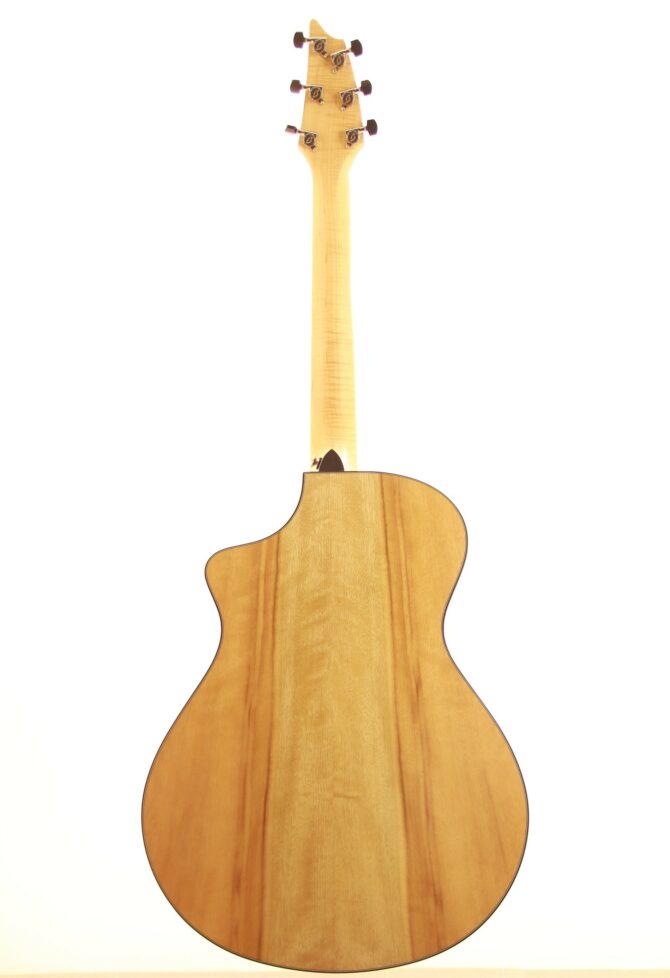 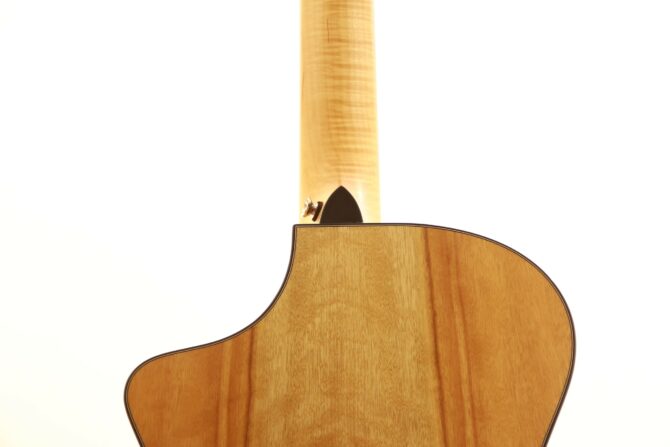 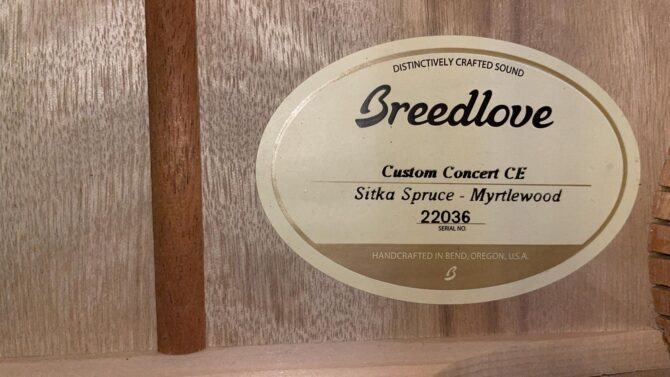 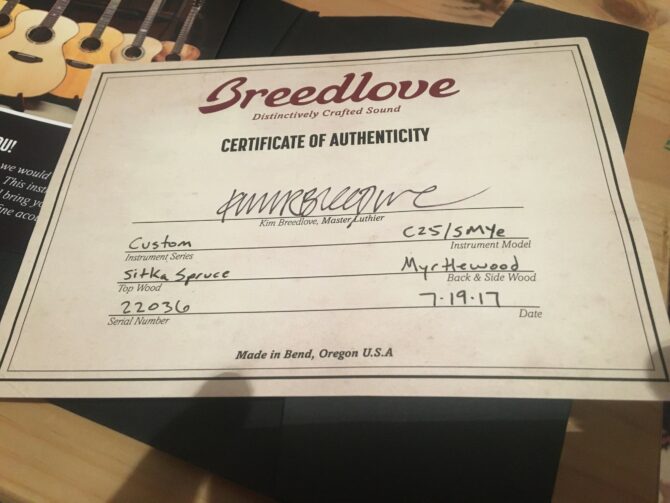 The story about the Breedlove Guitar Company is perhaps known in broad strokes. The surfer, artist and musician Kim Breedlove decides to build guitars on his own and is successful with it until today. Sounds like a fairy tale.
But it is also a fact that Kim Breedlove worked together with his brother for some time at Bob Taylor and built guitars before he founded Breedlove with him and Steve Henderson. In the meantime, Breedlove is part of the Bedell Group.

Kim Breedlove’s unique selling point has always been the exceptional designs and the use of woods that grow around Oregon, and little has changed. Even 30 years later, Breedlove is all about that tradition.

From the entry-level Organic Series to the top-of-the-line Legacy Series, Breedlove offers a tremendous spectrum, which they crown with the Custom Series. Highest quality tonewoods, built entirely by hand, visually a feast for the eyes and sound-wise a revelation.

This Custom Concert, made from selected and finest materials, is superbly crafted, equipped with an L.R.Baggs pickup system and its sound is beyond reproach. Enormously powerful, yet balanced and poised, this Breedlove with its Sitka Spruce top and beautiful looking Myrtlewood body shines in all registers. About Myrtlewood, Breedlove itself states:

“Combines the powerful voice of rosewood with the clarity of maple. One of the best tonewoods for studio recording. Exotic but from Oregon, USA.”

But not only for strumming, the guitar is also suitable for finger-picking due to the relatively wide nut of 45 mm. The playability is excellent. The overall condition is just as great with only the slightest signs of usual use. So you won’t find any dents, dings or deep scratches. The original case and all paperwork is included.