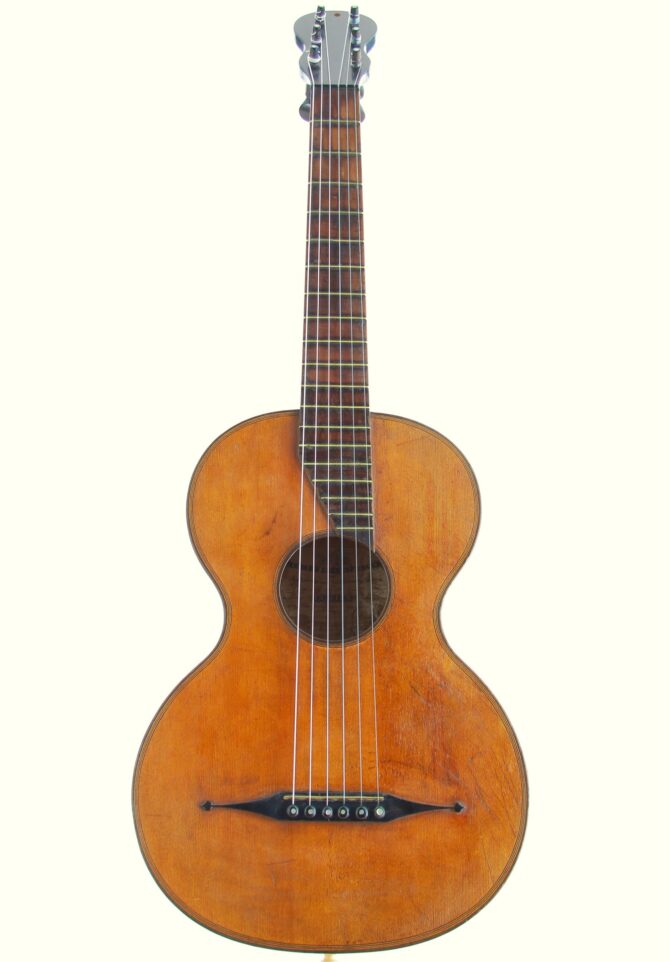 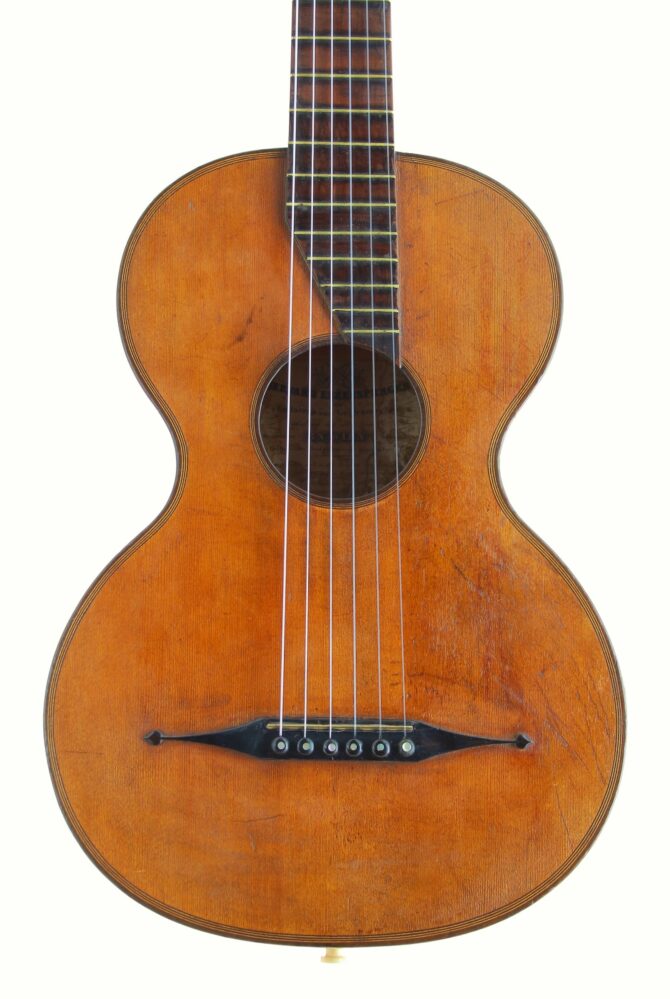 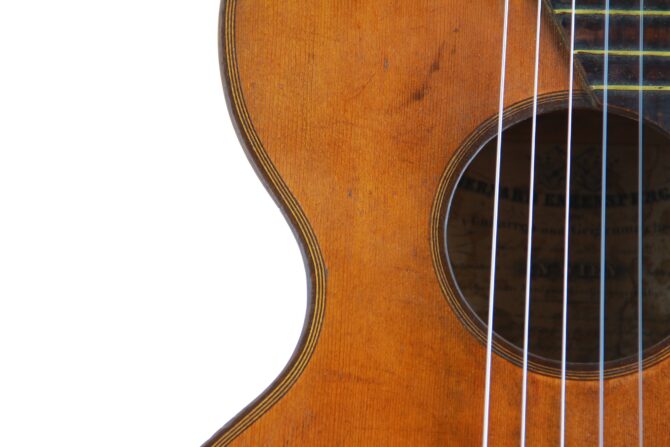 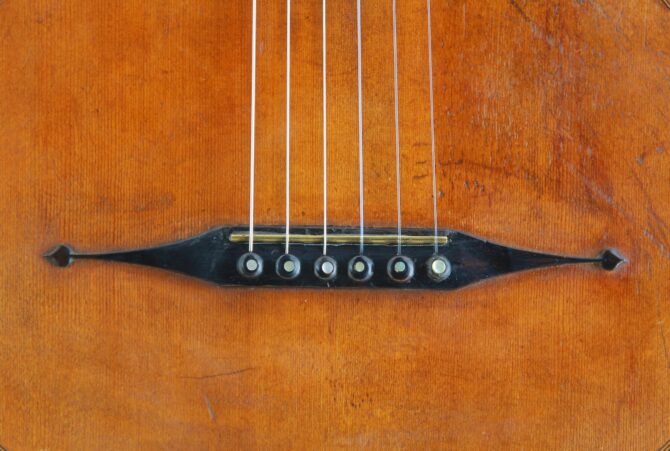 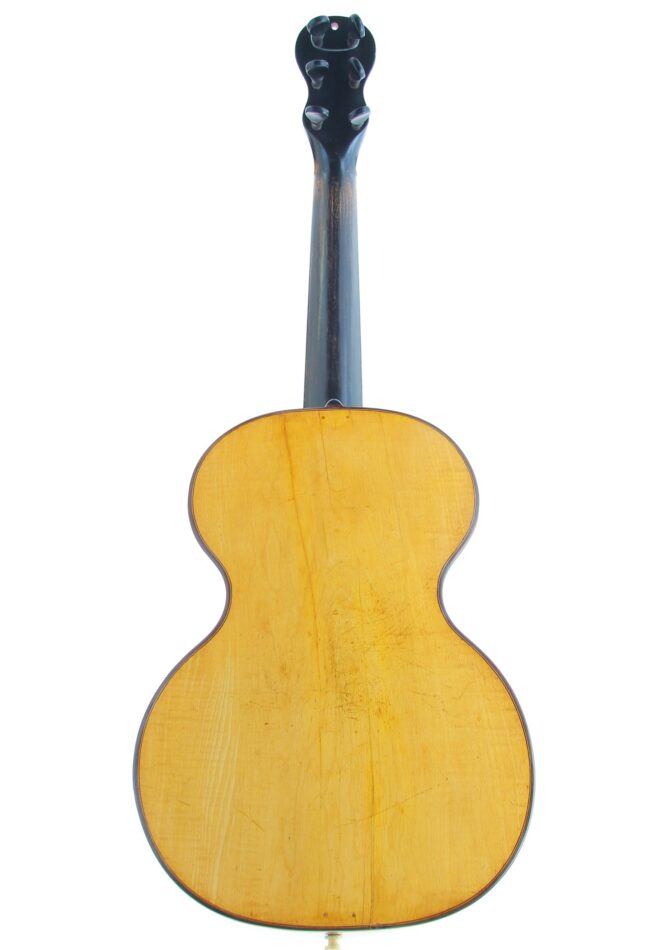 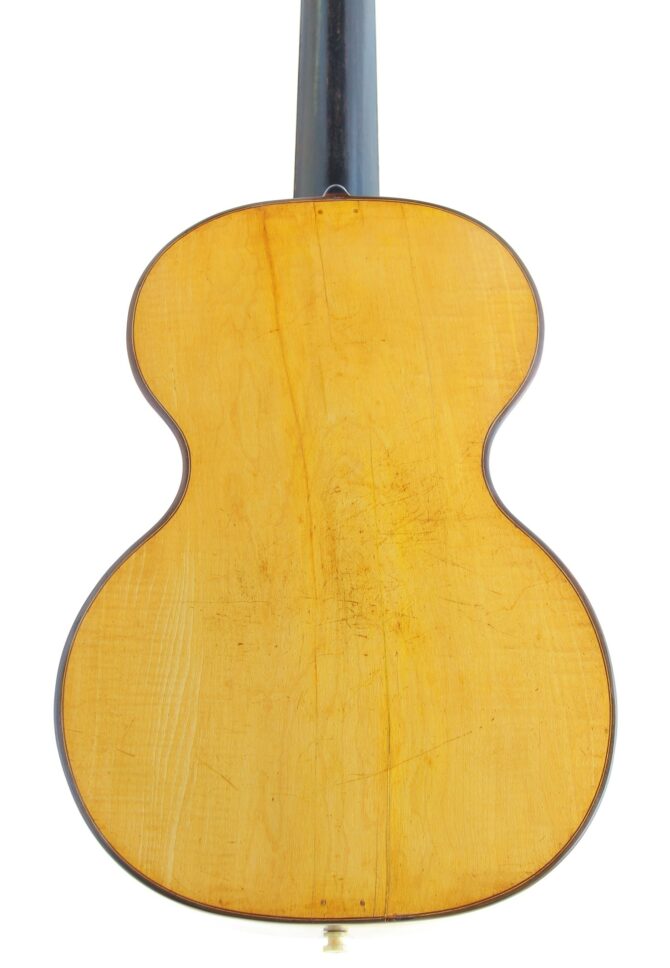 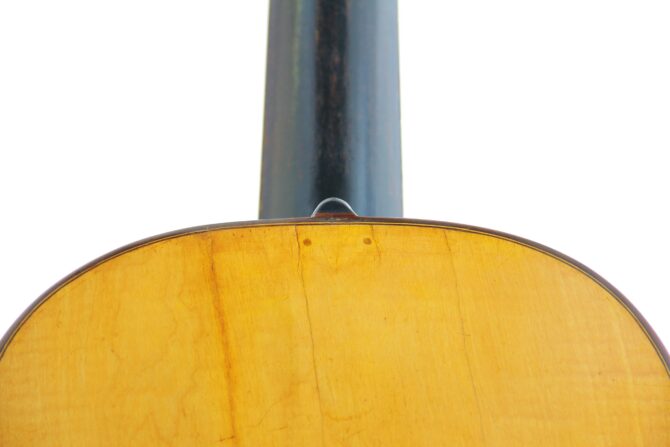 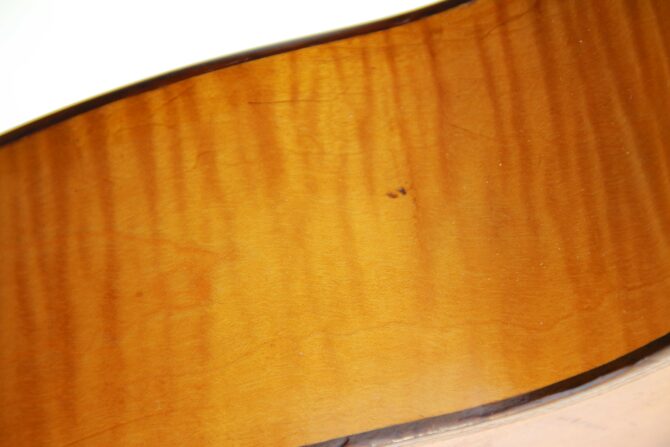 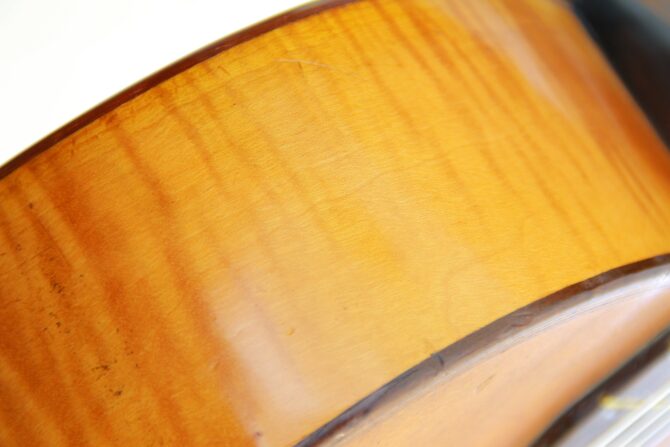 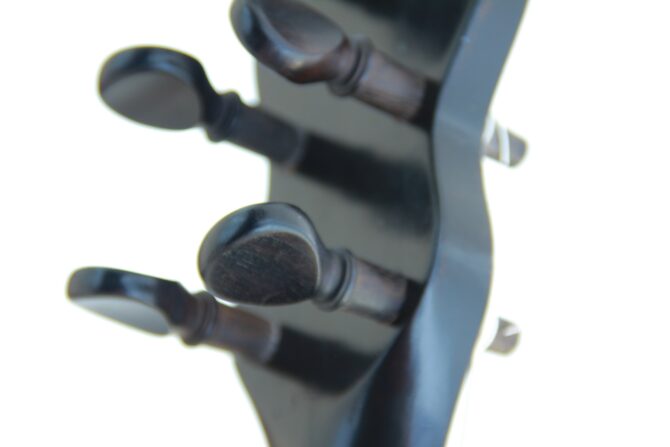 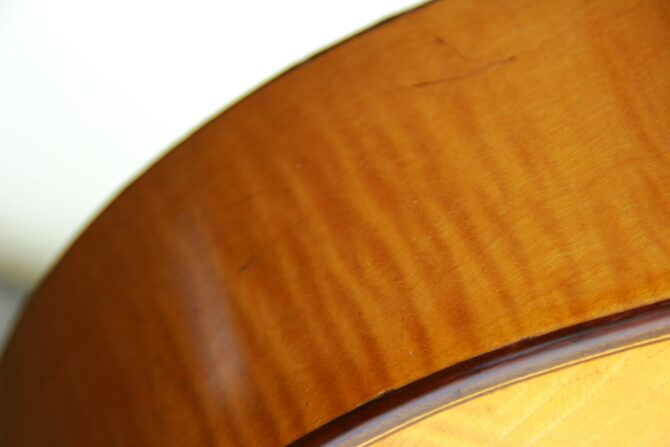 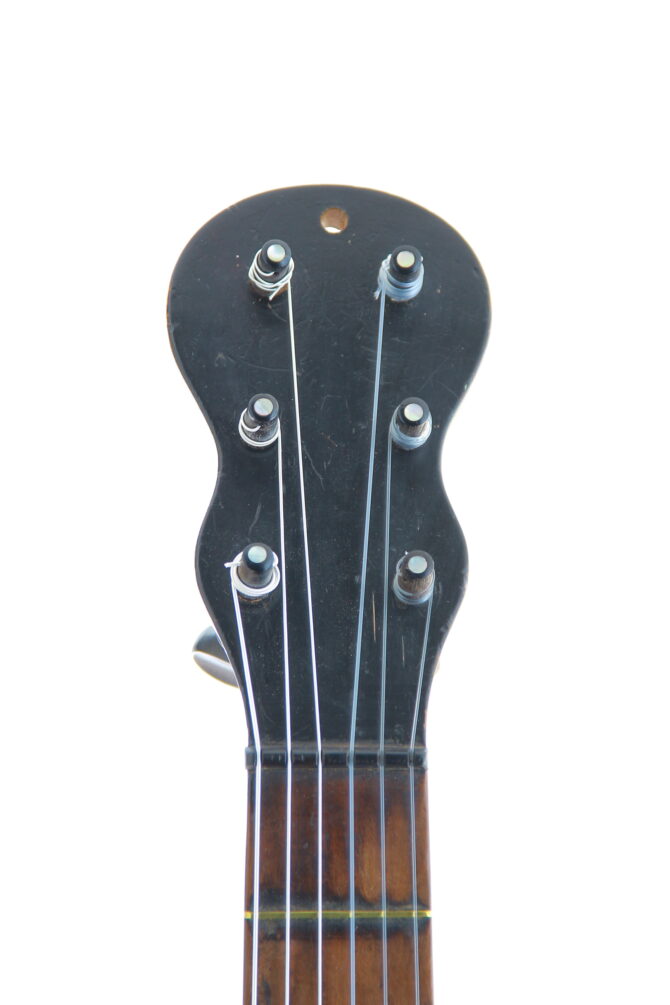 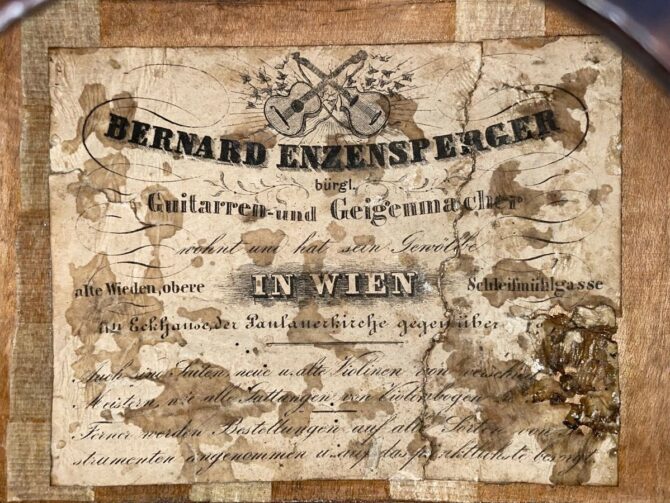 Bernard Enzensperger 1841 – exceptional romantic guitar in the style of a Stauffer guitar. Enzensperger was one of the important guitar makers of the Viennese School and apprenticed with Johann Georg Stauffer.

Bernhard Laurenz Enzensperger was born in Füssen/Germany in 1788. He moved to Vienna to apprentice with the famous violin maker Mathias Thir (around 1805). He then worked for about 6 years in the workshop of Johann Georg Stauffer.
In 1816 he opened his own workshop. In 1831 he acquired a privilege on the “acoustic guitar” which he invented. Enzensperger was considered one of the leading guitar makers in Vienna. Influenced by his years with Stauffer, his style can be found in his guitars. Nevertheless, Enzensperger was also a very experimental and versatile guitar maker whose instruments are highly regarded in professional circles.

This guitar can be dated to the period 1841 – 1843 based on the label. It is extremely lightly built and perfectly finished in every detail and is an excellent example of a guitar of high craftsmanship and outstanding sound quality. It has a spruce top, maple back and sides. The scale length is 610 mm and the nut width is 44 mm.

The tones are rich in overtones and yet it retains an almost unbelievable degree of separation and clarity between the individual notes.
Because of its ultra-lightweight construction, the response is direct, with a huge amount of tonal modulation and dynamic range. This guitar has tremendous power and amazes with good volume.
It has been professionally restored – some cracks in the body have been expertly repaired. The playability is exceptional … the guitar has a low action and a straight neck.

A truly impressive masterpiece and a rare contemporary witness from the golden age of Viennese guitar making.