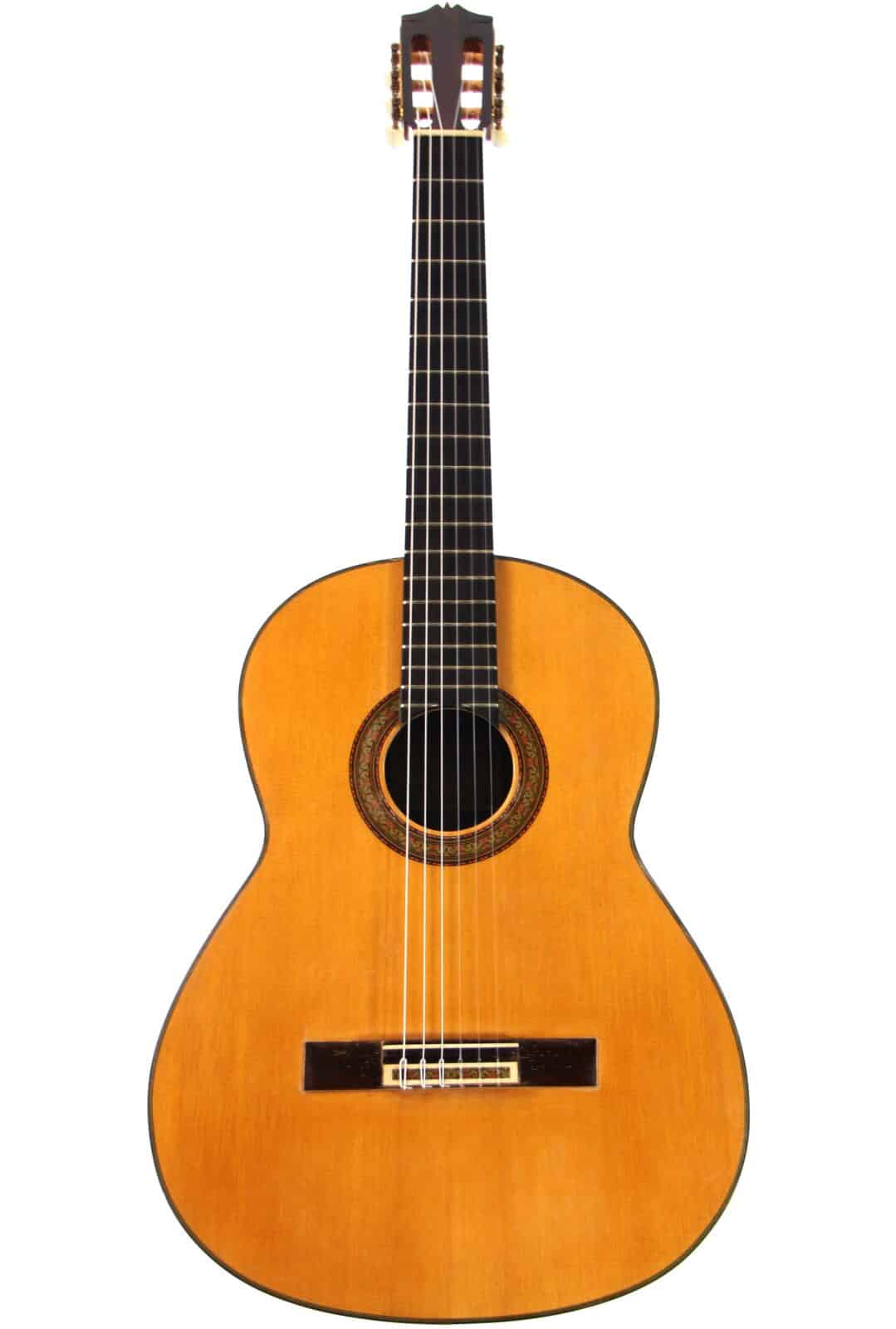 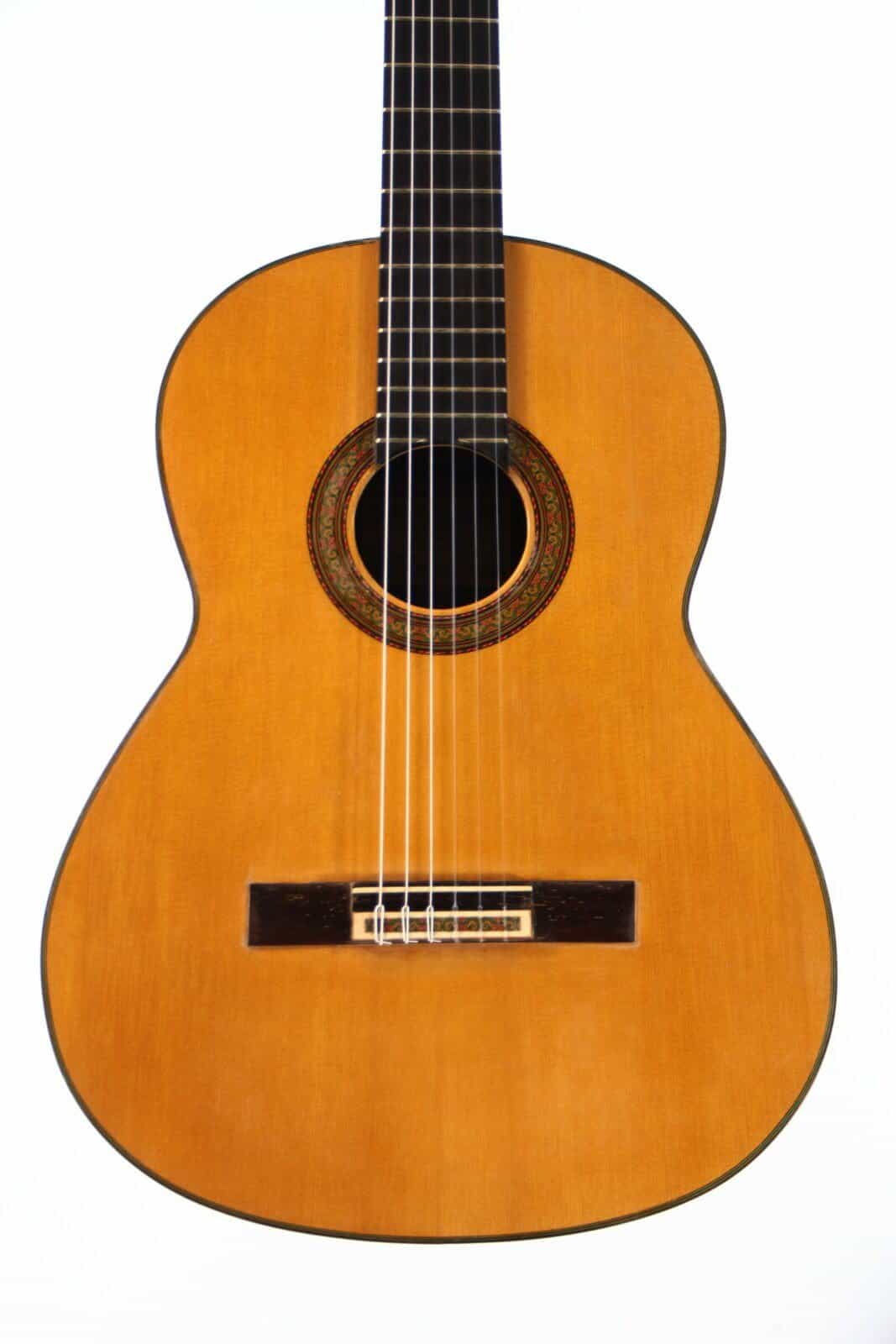 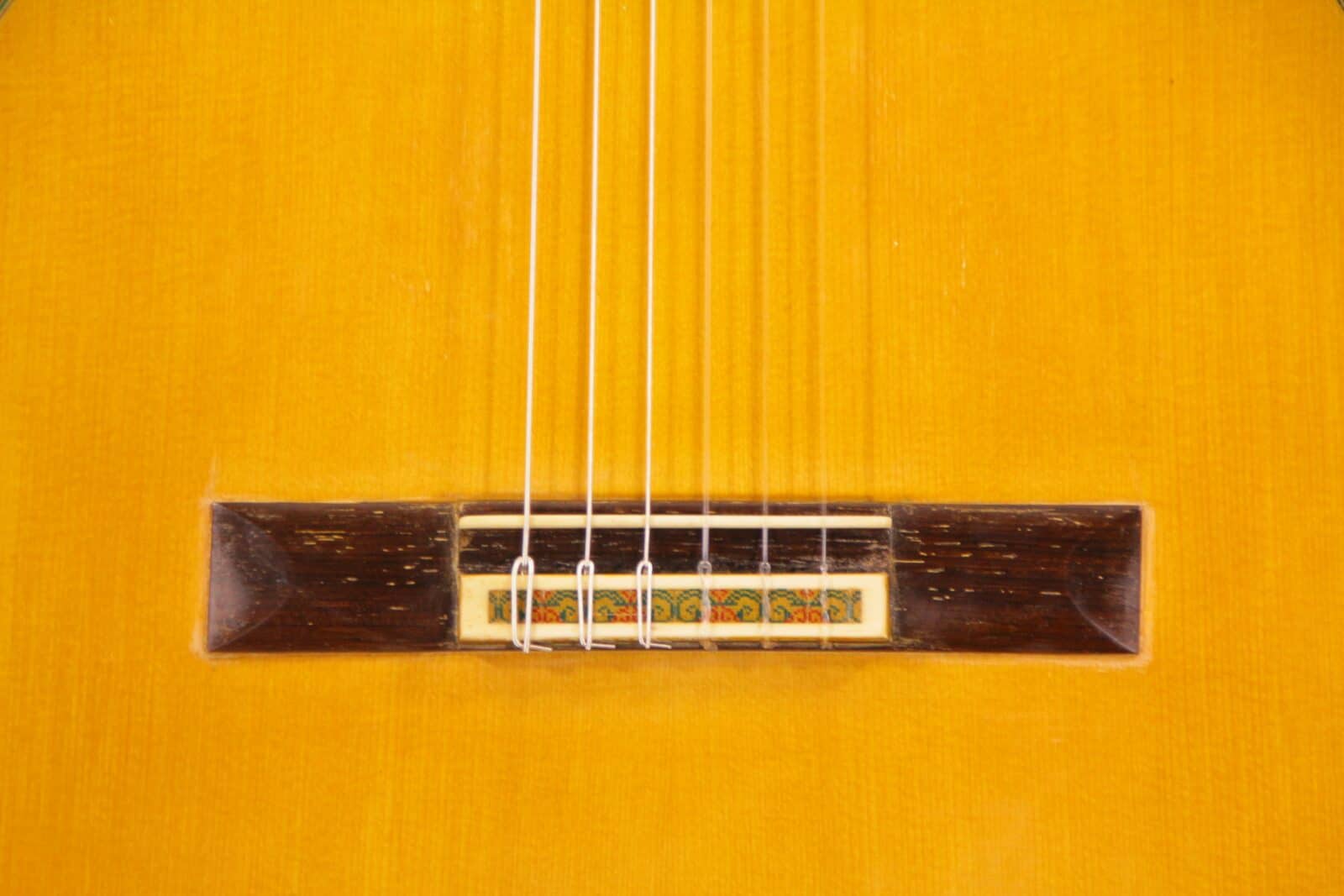 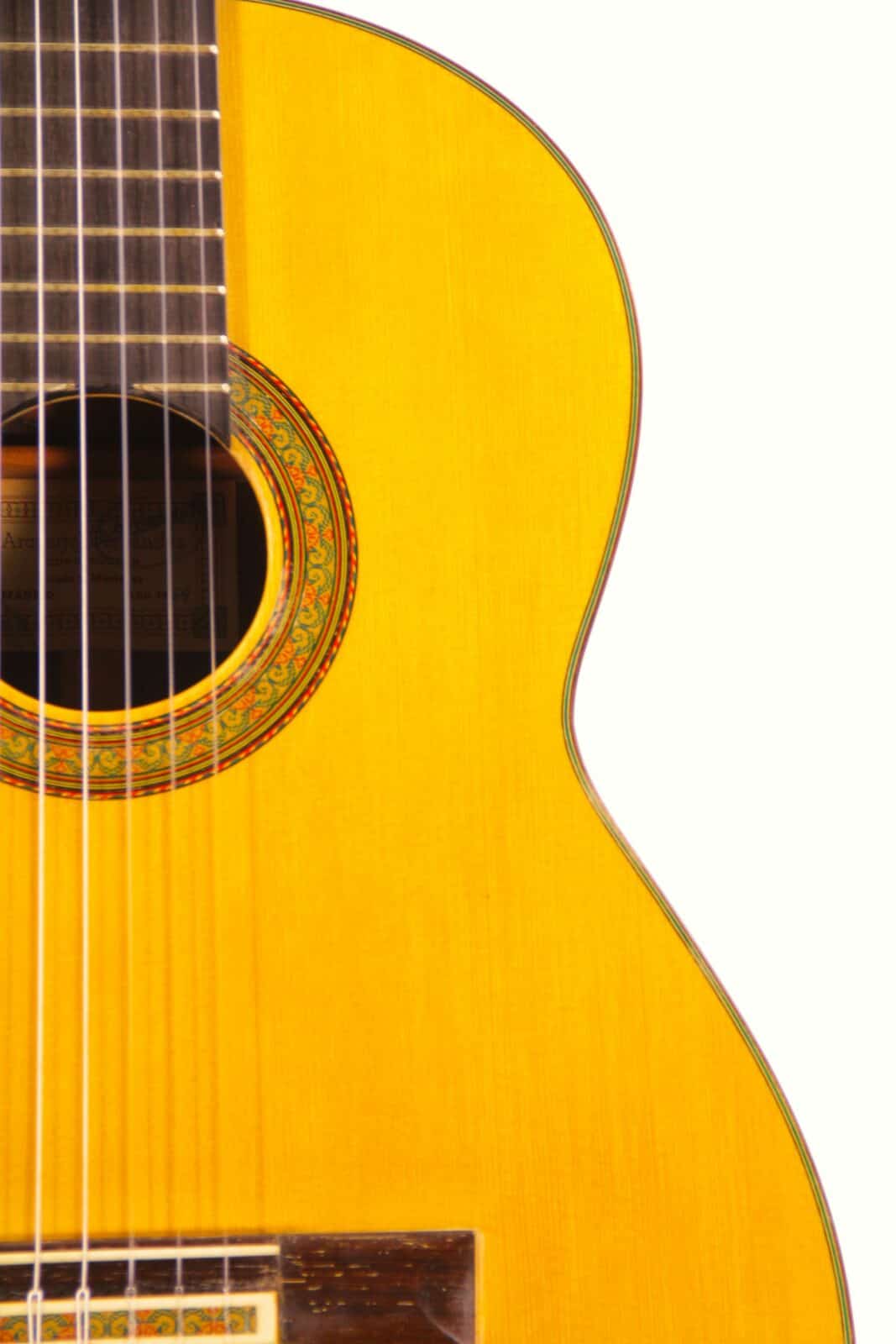 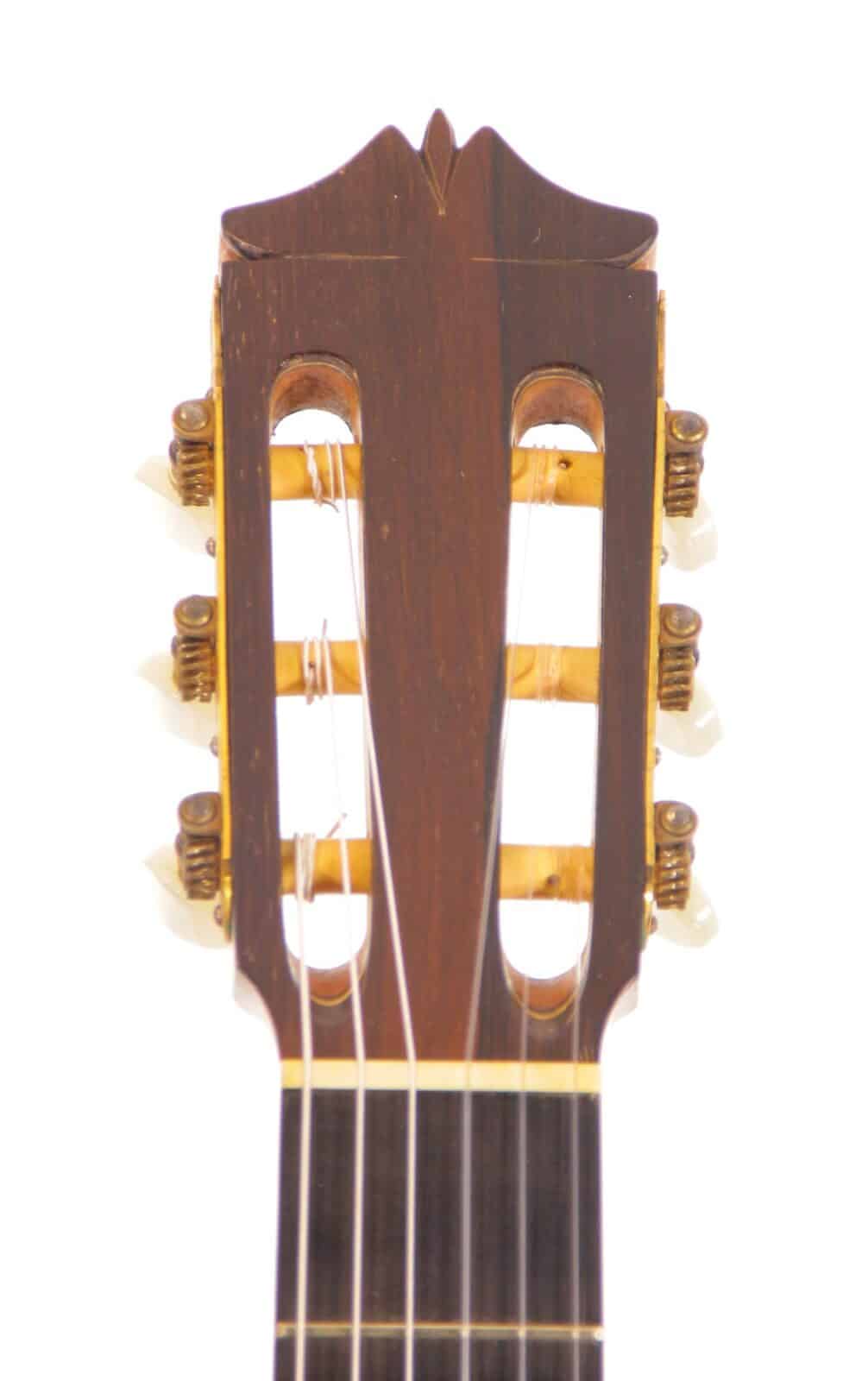 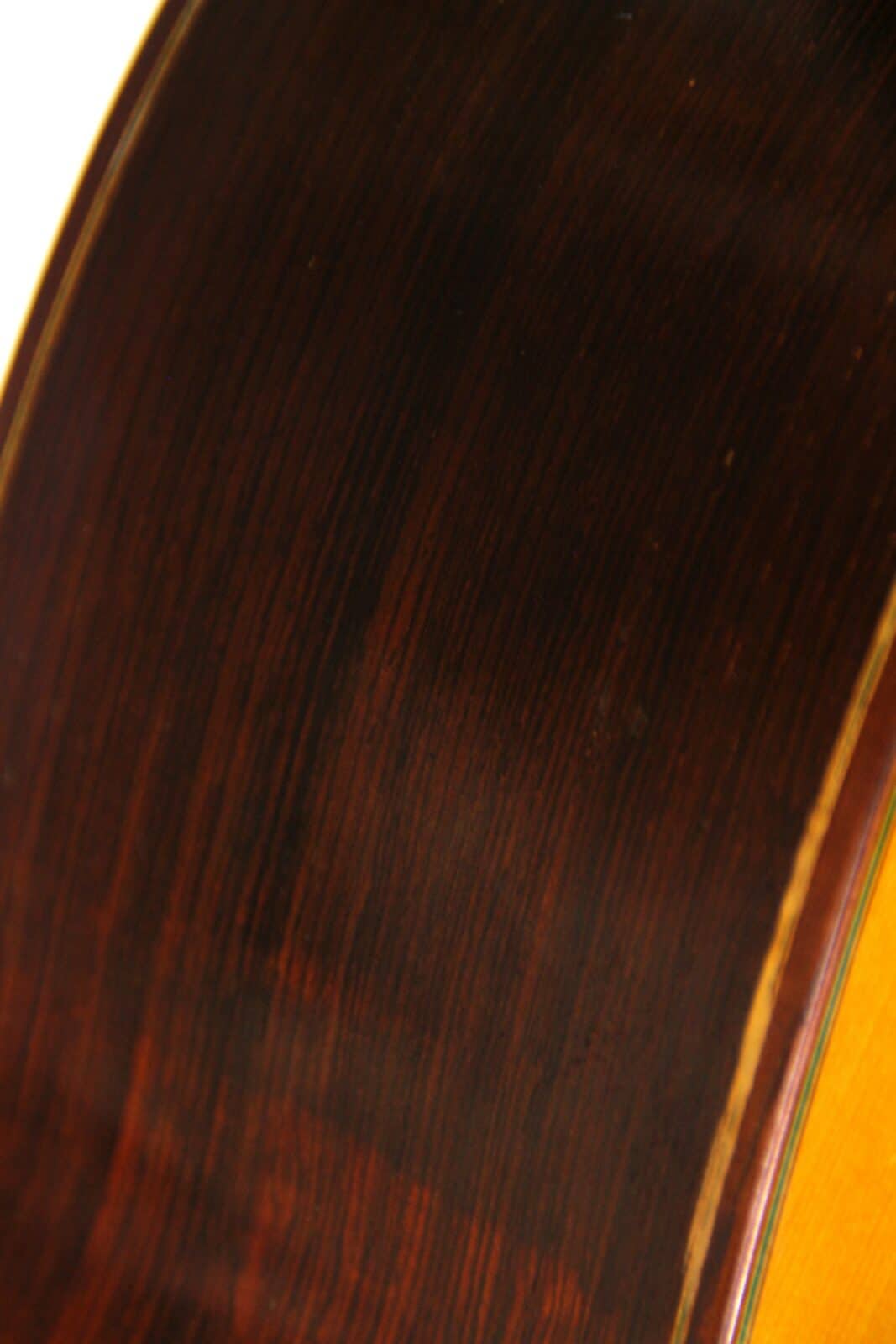 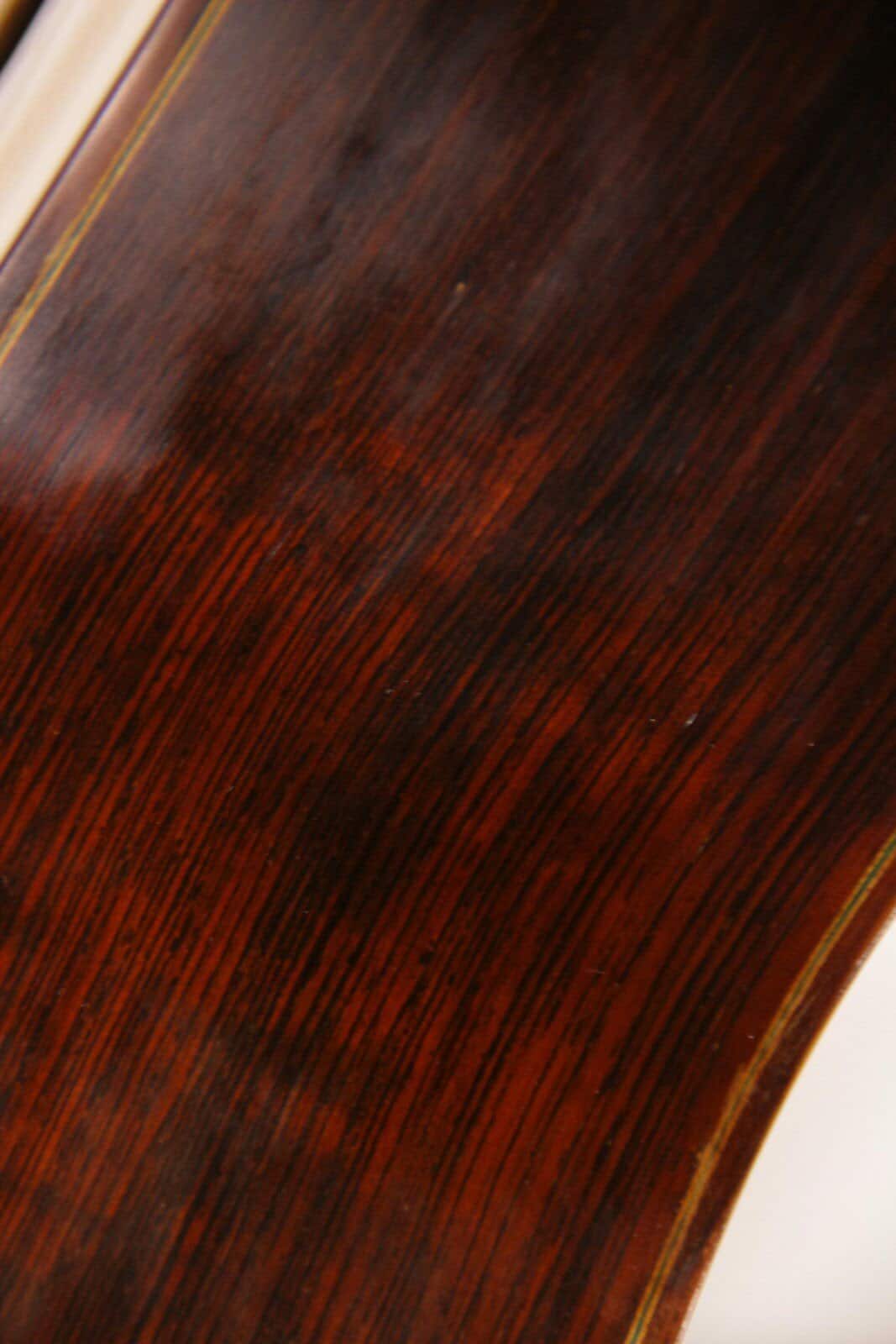 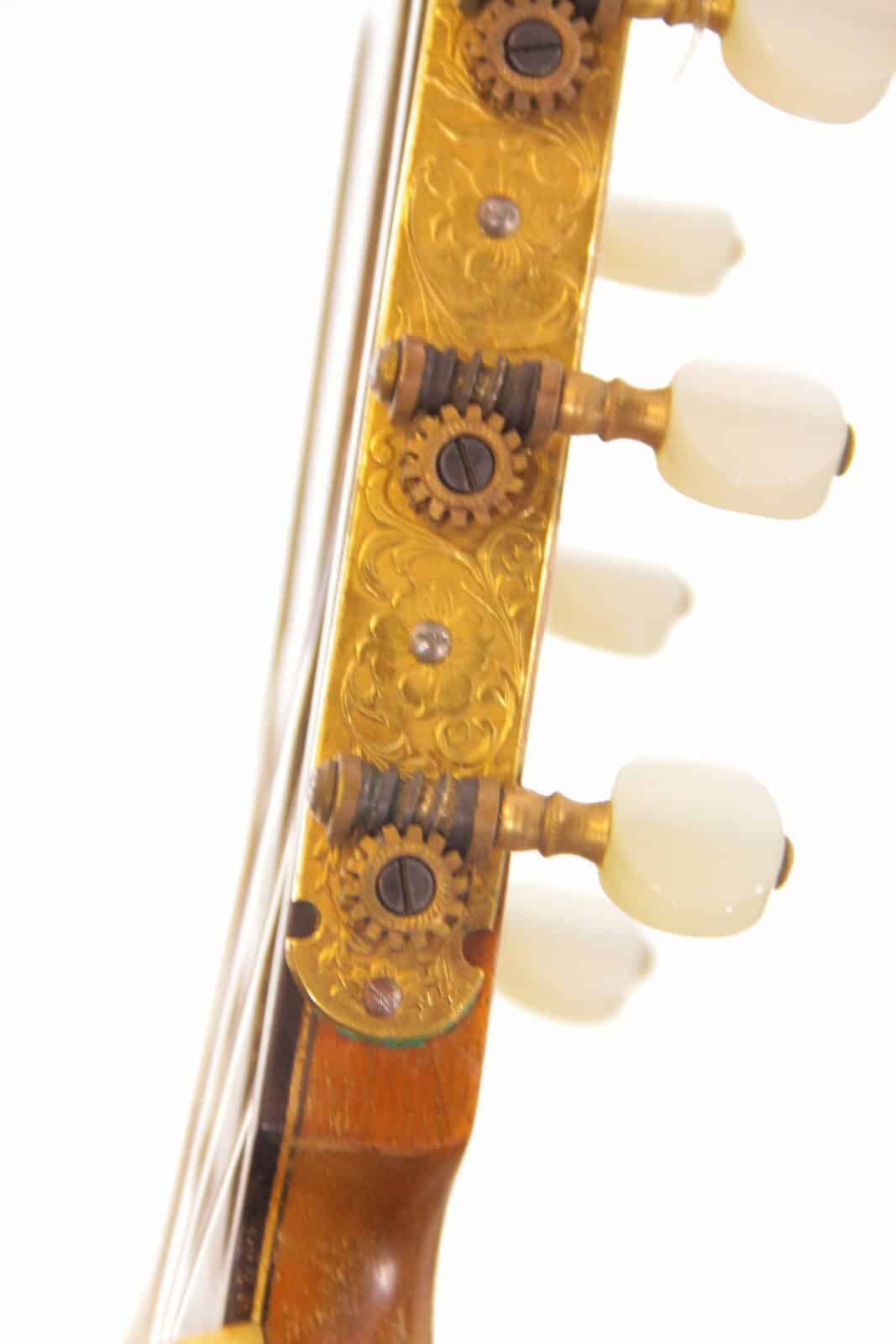 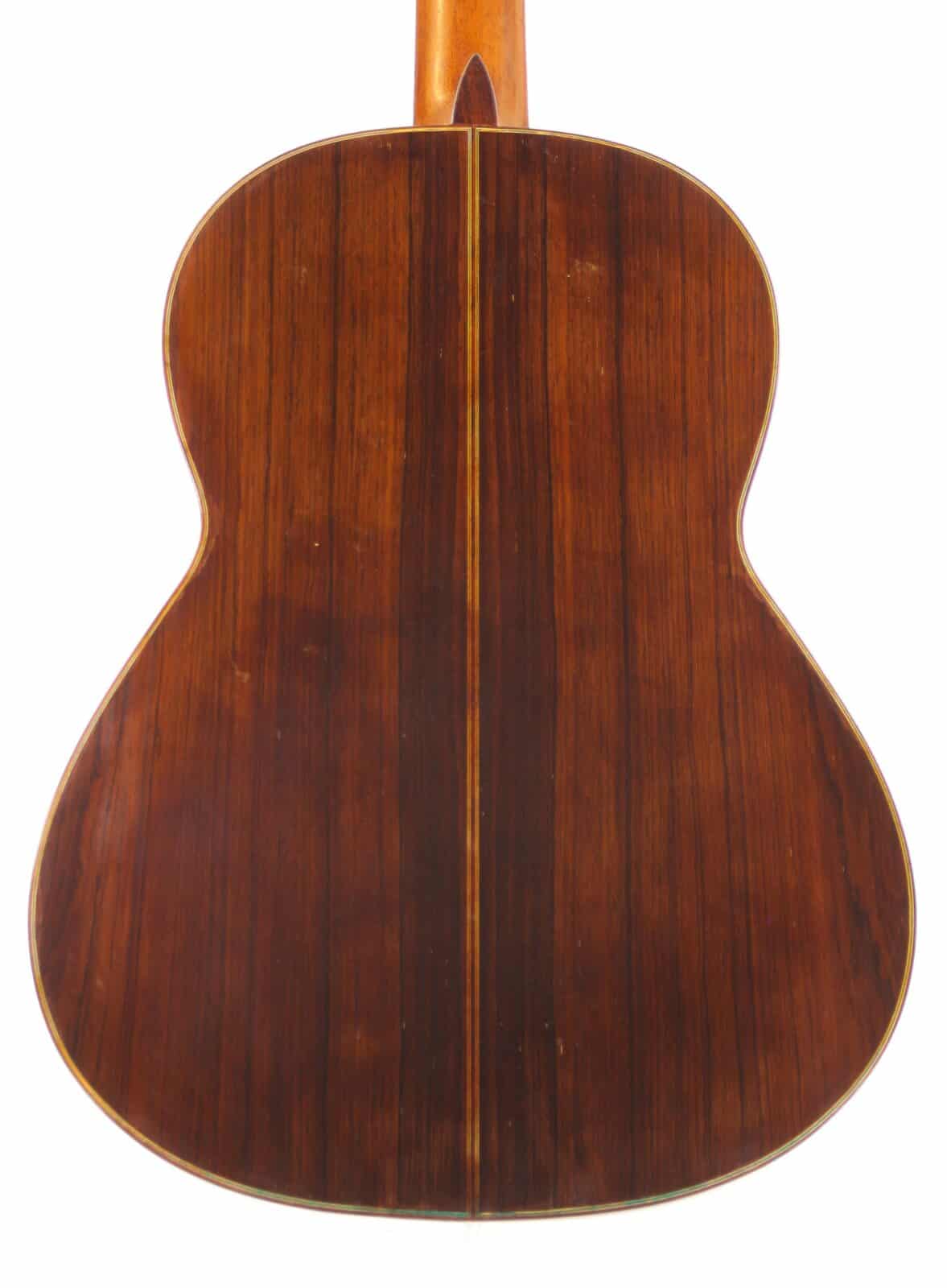 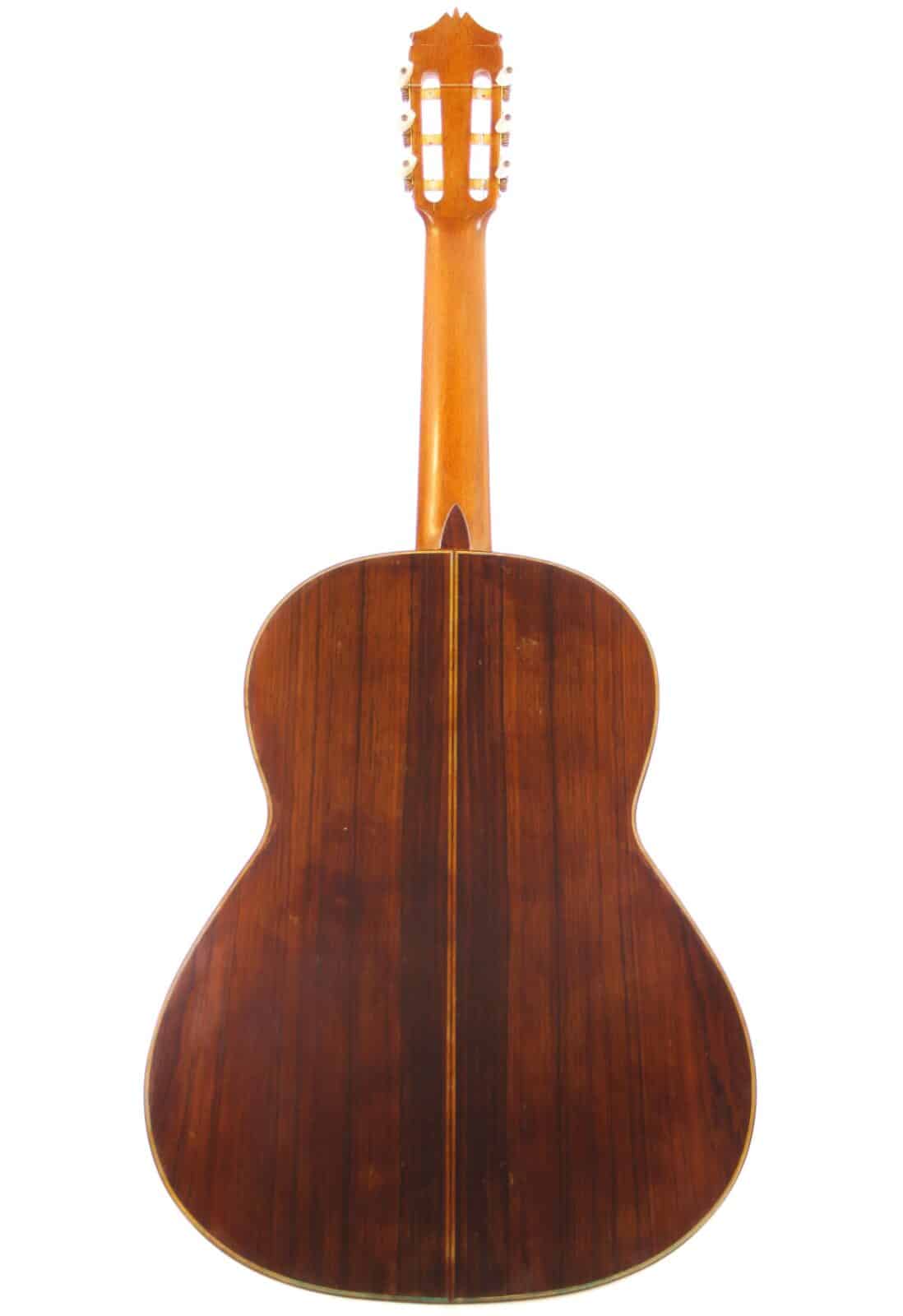 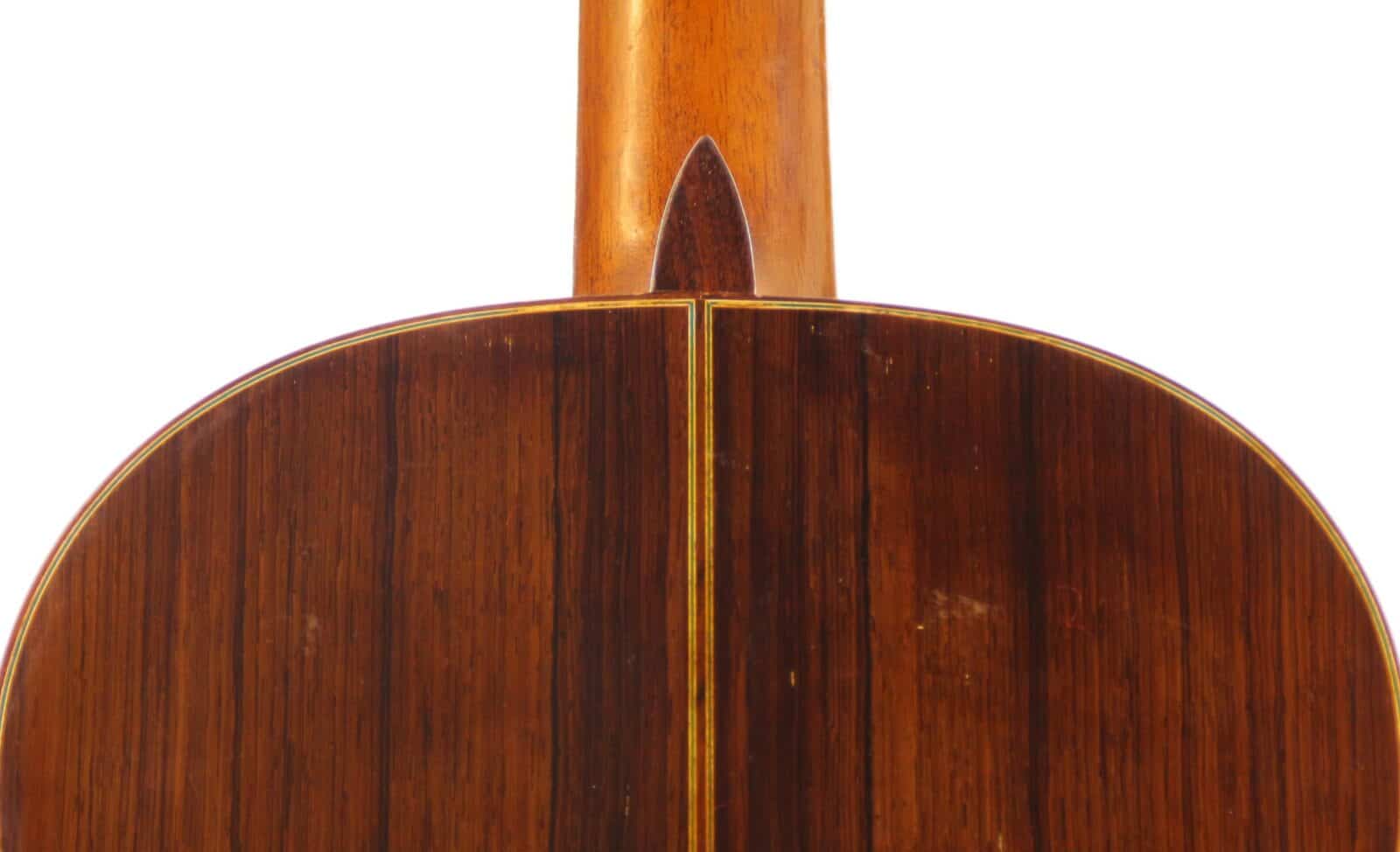 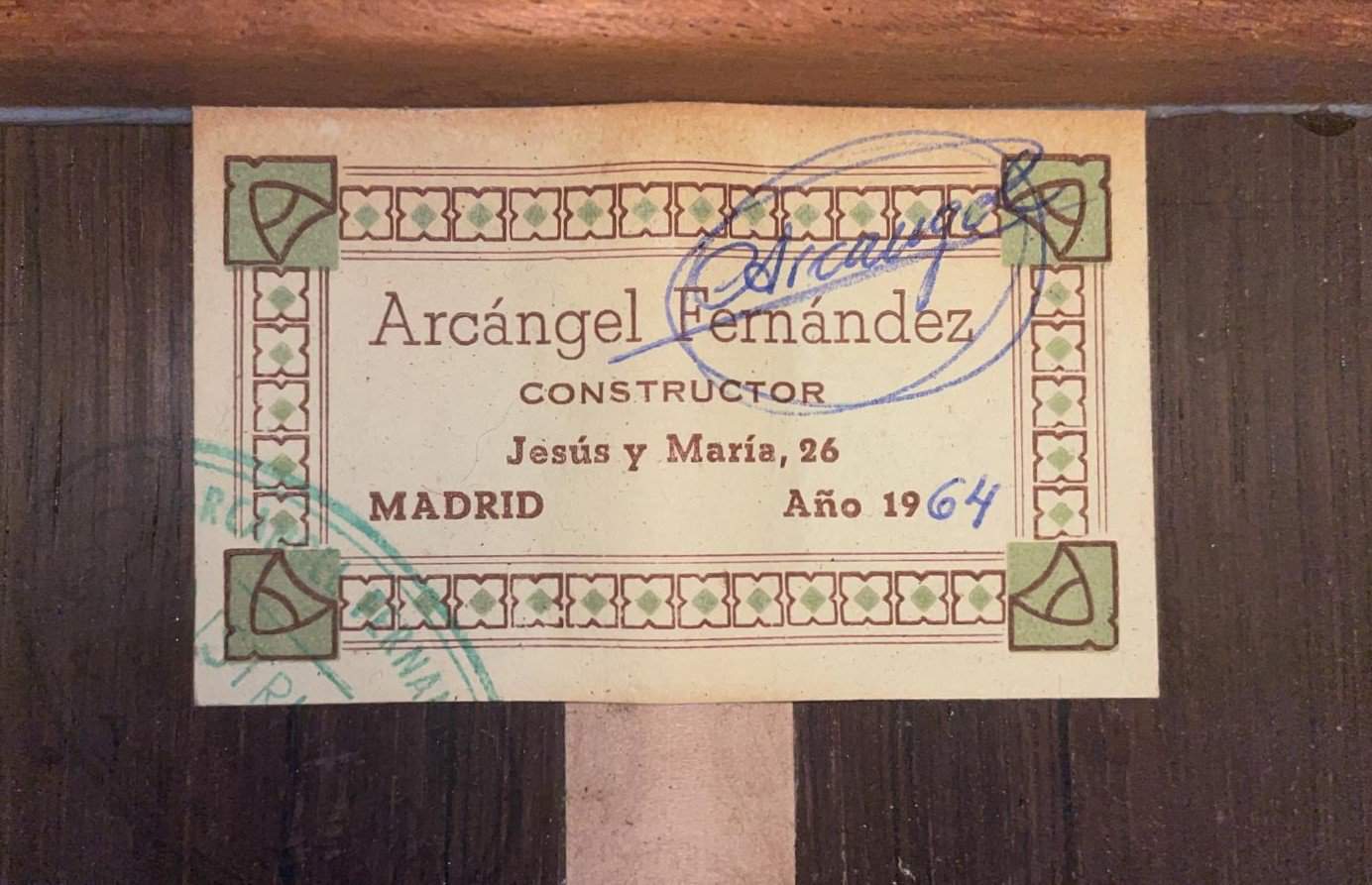 Amazing classical guitar by master luthier Arcangel Fernandez from 1964. He is considered one of the best guitar makers in history and his guitars are very hard to come by, as many of them were bought by collectors from Japan. His guitars are admired by guitar makers, collectors and guitarists all over the world.

He was born in 1932 and started his career as a carpenter. In 1954, he met the great guitar maker Marcelo Barbero, who was considered the best guitar maker in Madrid at the time and had worked with Santos Hernández. Barbero and Fernández are equally imposing figures in the world of guitar making. Arcángel Fernández’s work as a guitar maker, for example, is at the heart of what makes the typical modern flamenco guitar.
Fernández founded a shop with Manuel Rodríguez, which also sold a number of instruments made by other talented guitar makers. In 1959, Marcelo Barbero’s son joined him and they worked together for 40 years.

Fernández’s reputation spread quickly and he became one of the greatest guitar makers in the world. Later in his career, Fernández, who made an average of eight guitars a year, had to stop taking orders for his instruments because the waiting list had become too long. Today, his beautiful creations are revered and he is held in high esteem for what he has achieved in the field of musical instrument making.

This guitar is constructed with the highest quality woods available. The spruce top has a straight and even grain across the entire surface, and the sides and back are made of high-quality rosewood.
The scale length is 660 mm and the nut width 52 mm.

The sound of this guitar shows both: volume and high quality. It is an absolute pleasure … there are guitars like this with which you immediately feel an inner connection and which you quickly take to your heart. This is exactly the case with this guitar.
The sound is very touching and this guitar awakens deep emotions. The basses are round and precise, with a very special and enchanting quality. The singing and crystalline trebles offer a fantastic range of timbres.
The guitar is finely built and light in weight. In combination with the aged woods of the guitar, this creates a magical sound experience, which is hard to describe.

The condition of this guitar is very good – no cracks or repairs. The guitar comes from a collection. It has been played very little, always treated with great respect and perfectly stored.
Playability and condition are at the highest level.