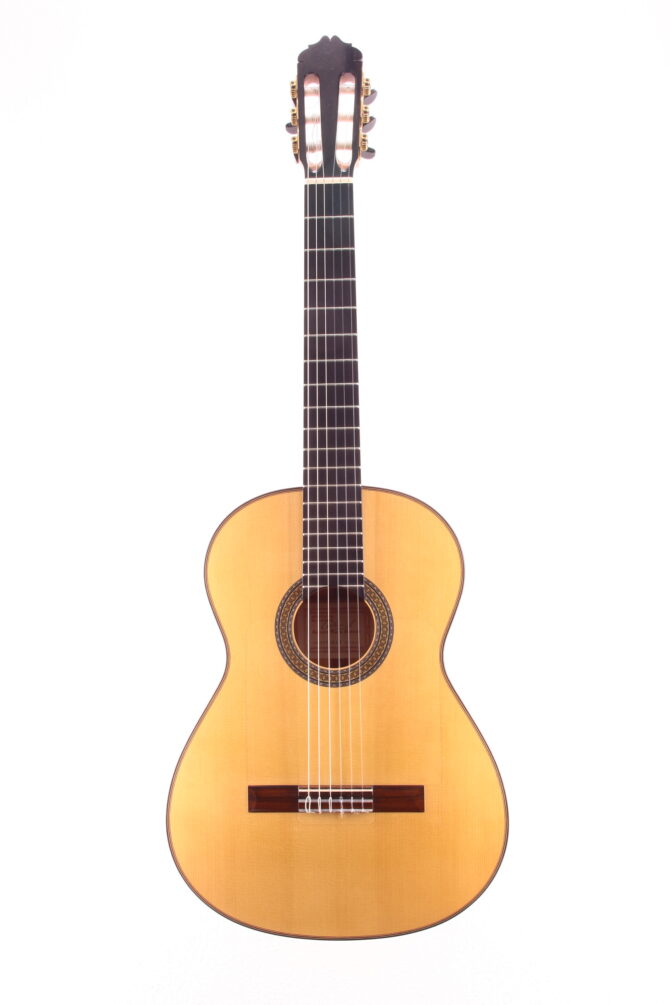 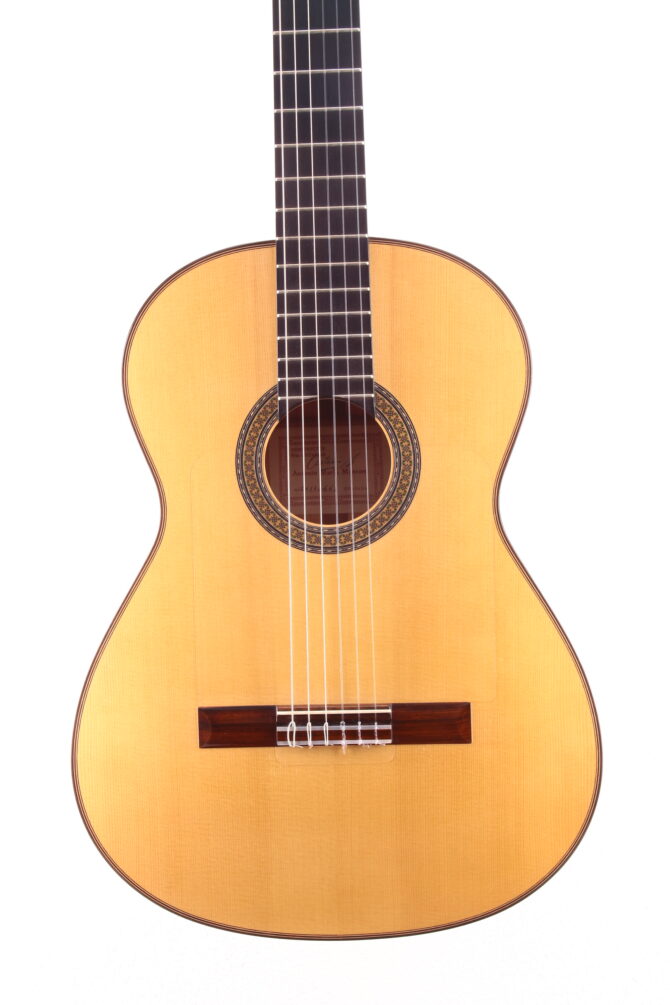 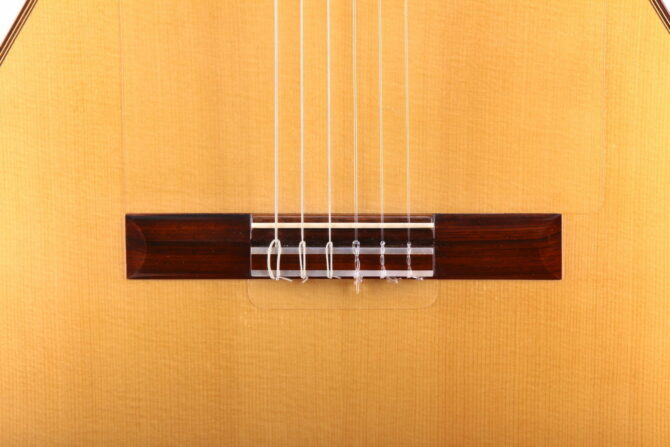 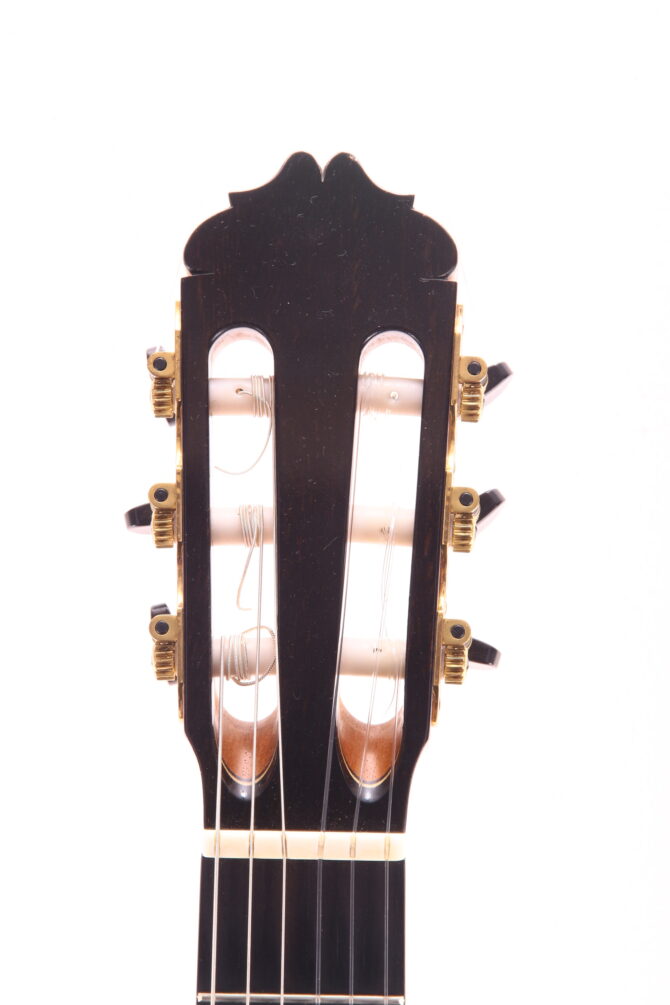 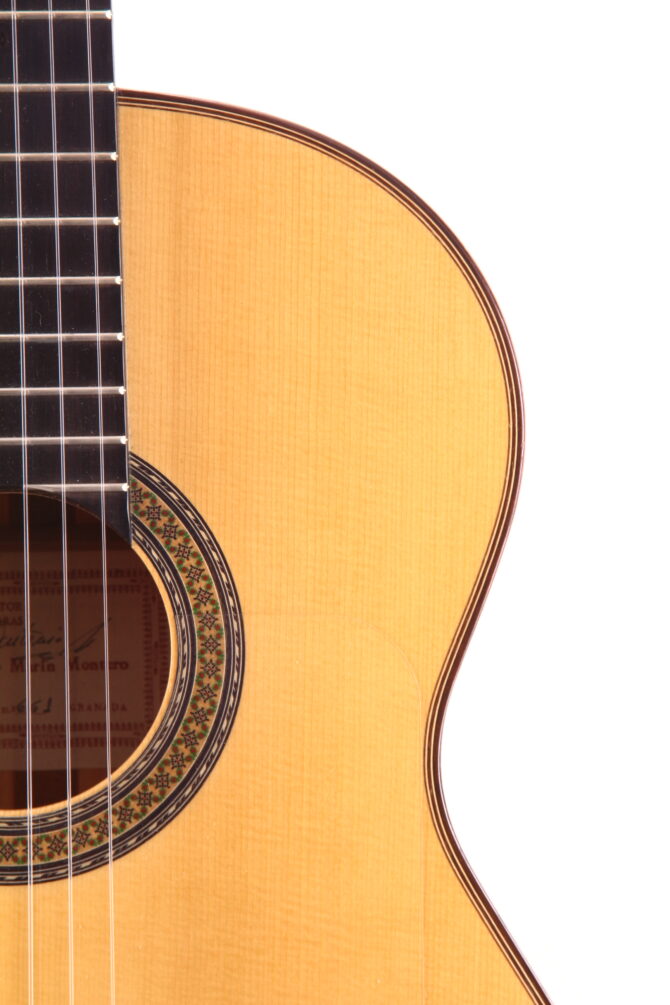 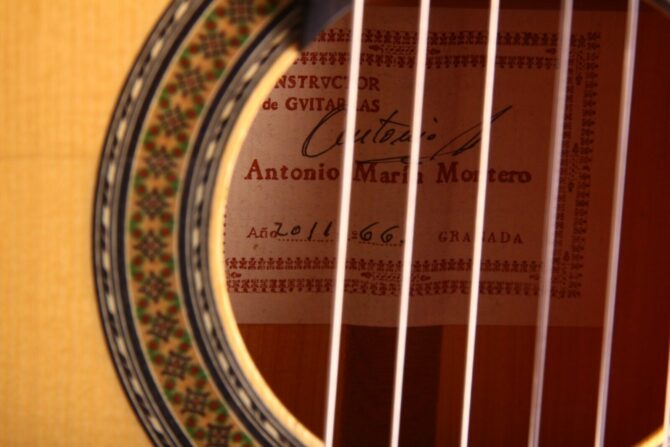 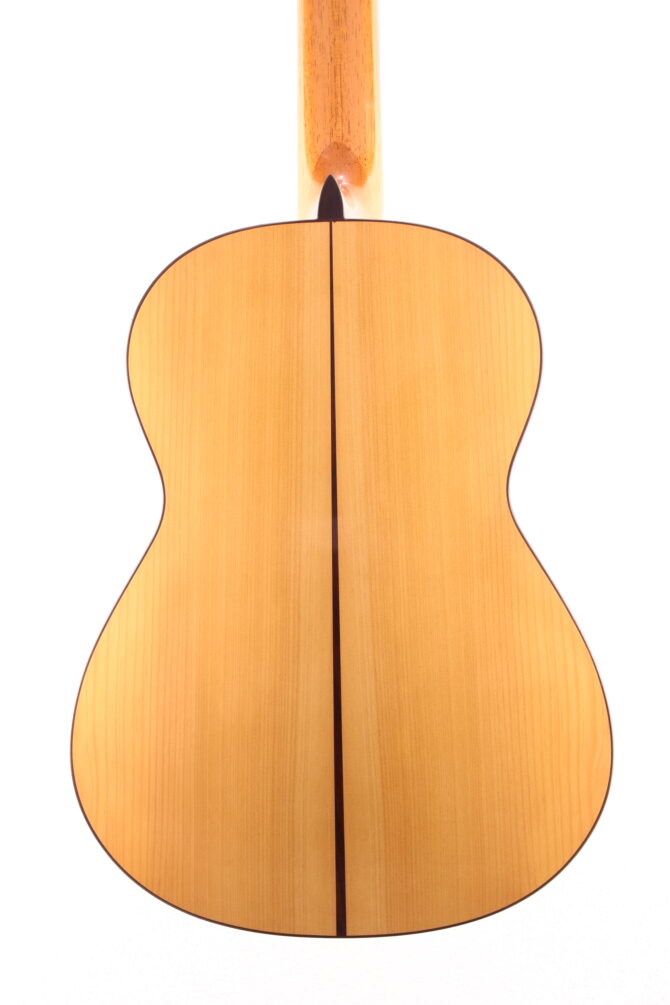 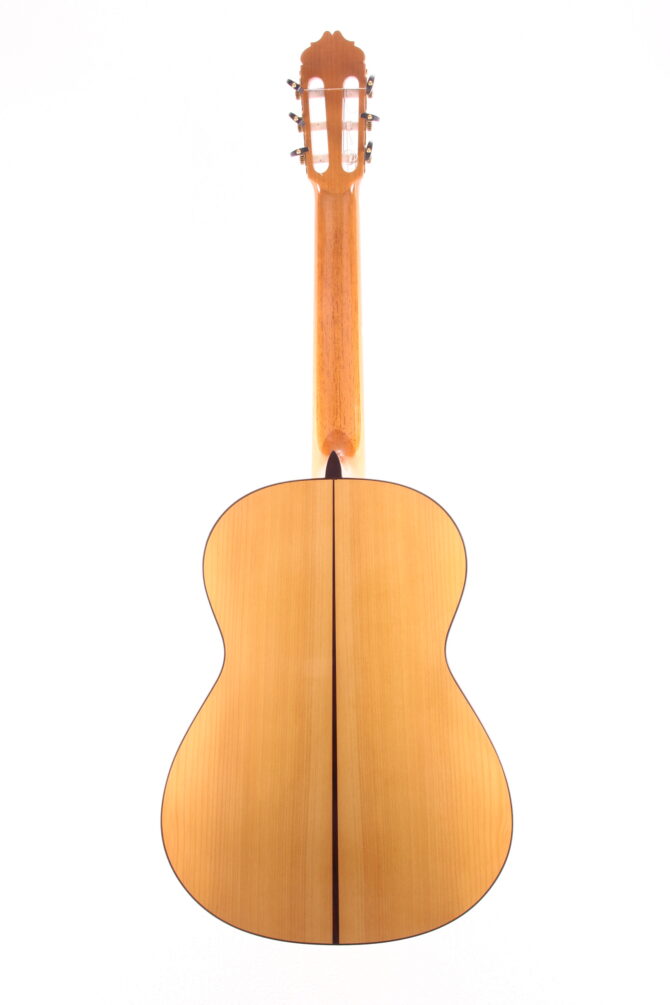 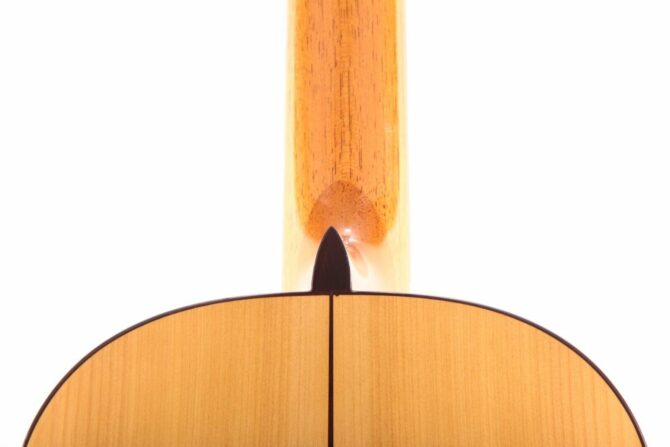 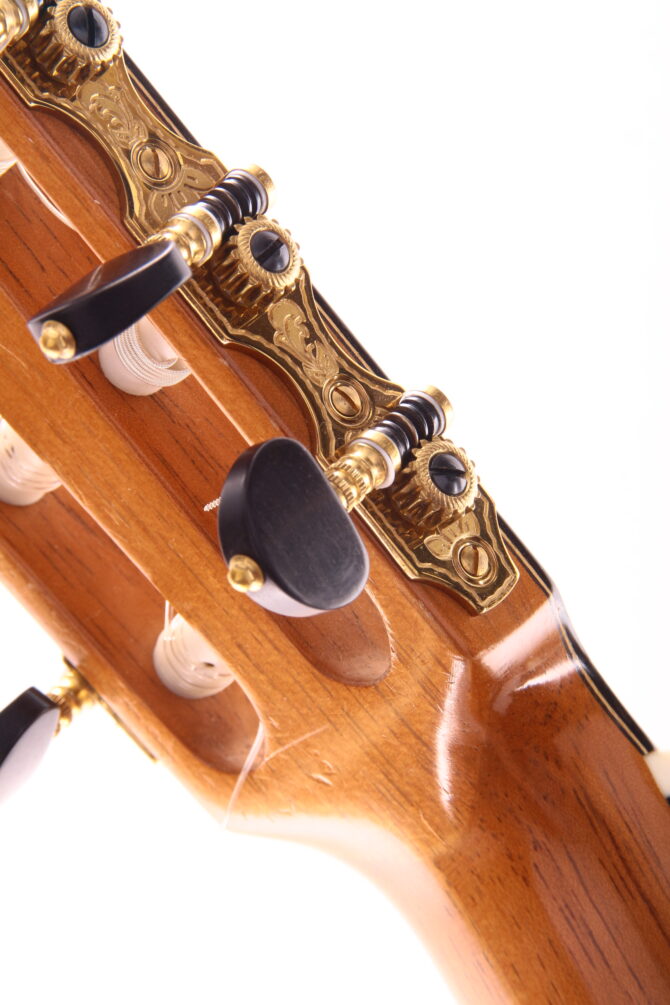 Antonio Marin is considered to be the foundational builder of the Granada school – many builders from around the world have come to Granada to work with and learn from this great maker. He has built some of the most iconic classical and flamenco instruments over the past several decades and to this day continues in his workshop alongside his nephew, Jose Marin Plazuelo.

This guitar is a very nice instrument from Antonio Marin. The spruce/cypress combination on this one is pure magic.
Typical of Marin’s best flamenco guitars, it has a nice quick, bouncy responsiveness, a characteristic found in the best of the traditional flamencos.
It has a great amount of power, especially at the attack, and a nice, raspy bite to notes in all registers.
It is feather light – really a traditional, old-school blanca by all measures.

The setup is comfortable and low making playability a breeze. It has a scale lenght of 650 mm and a nut width of 52 mm.

The condition of it is very good , it only has light wear of play and use.