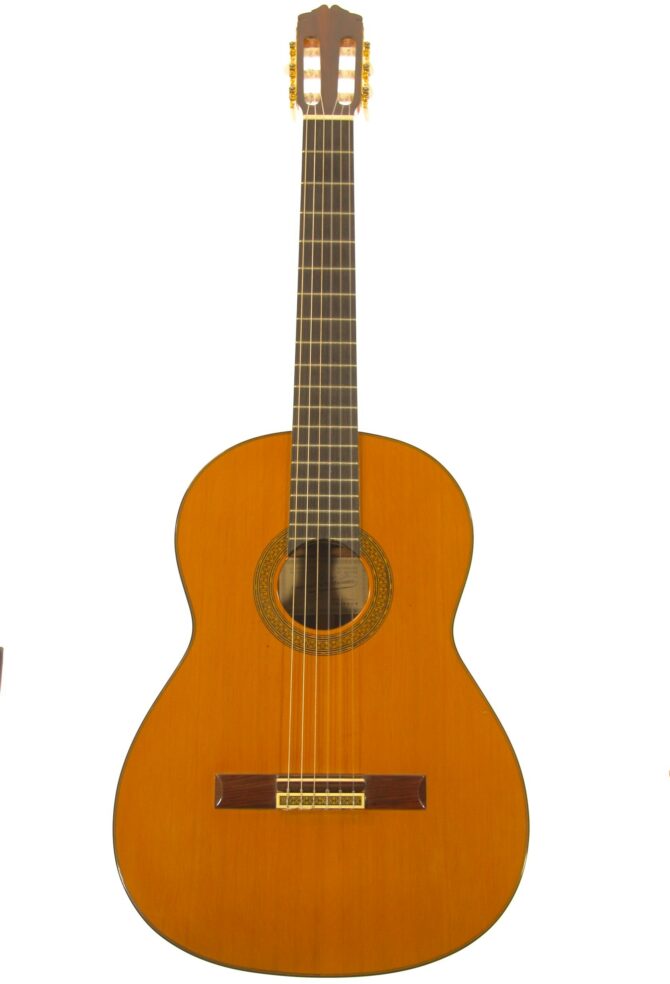 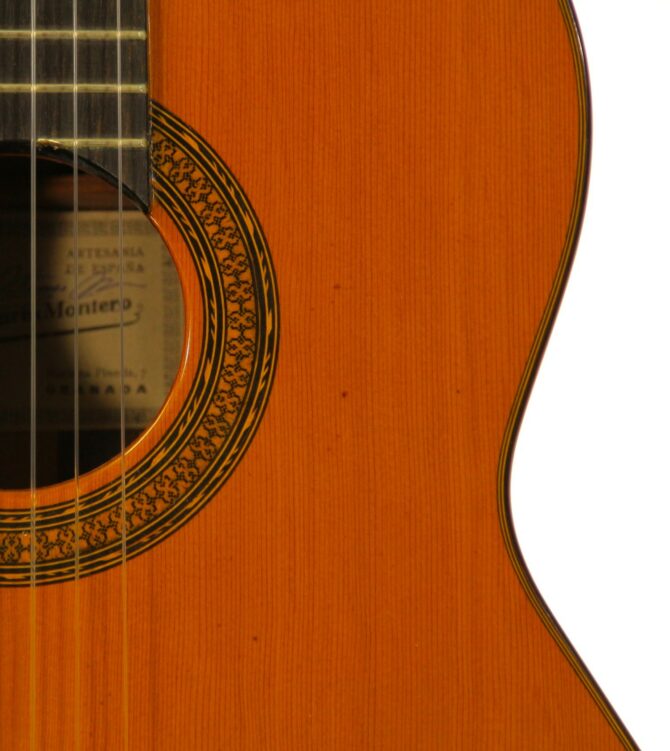 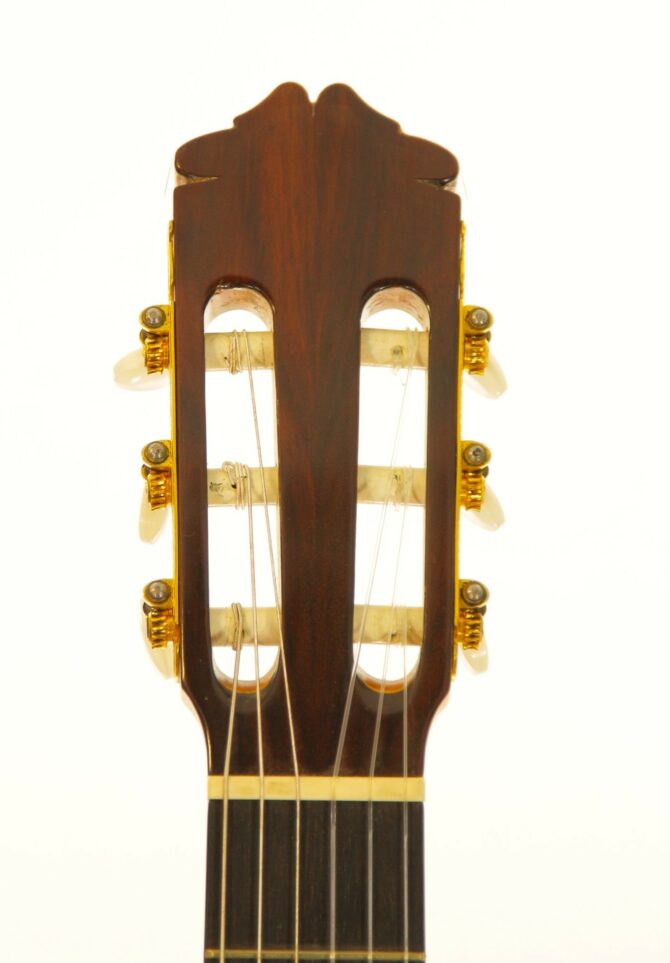 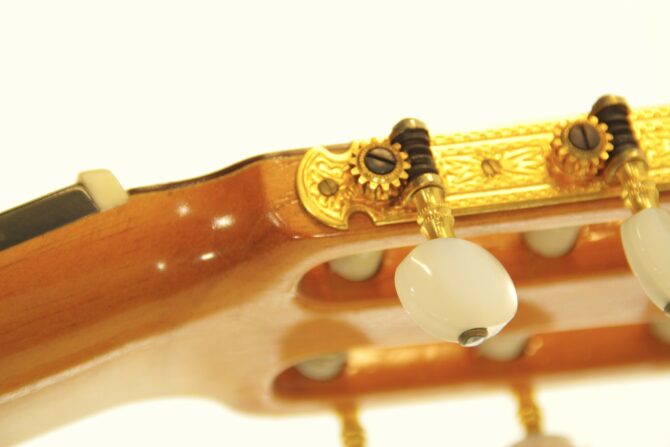 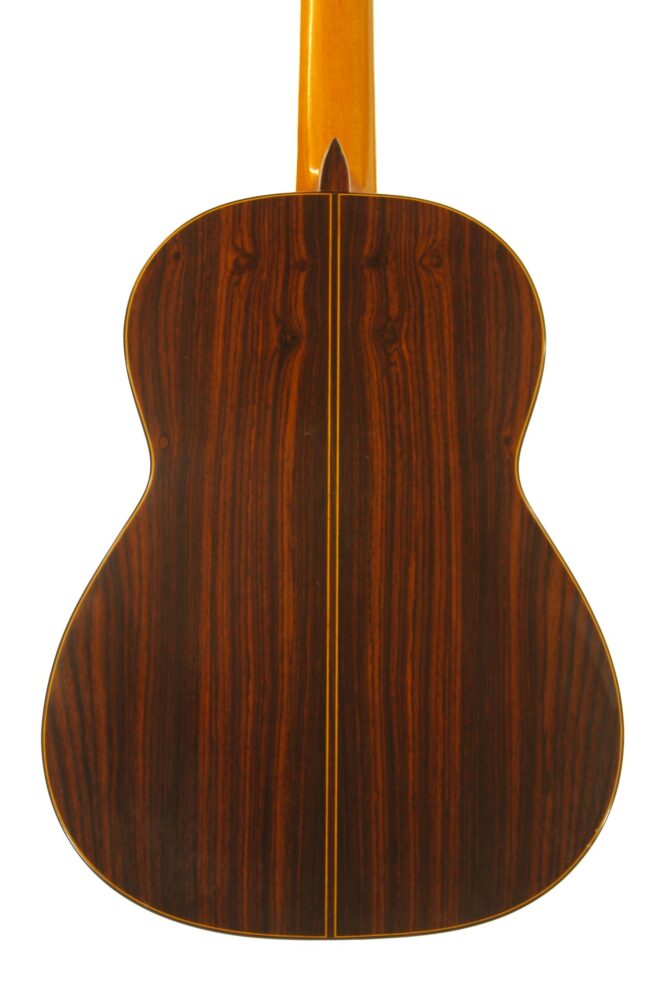 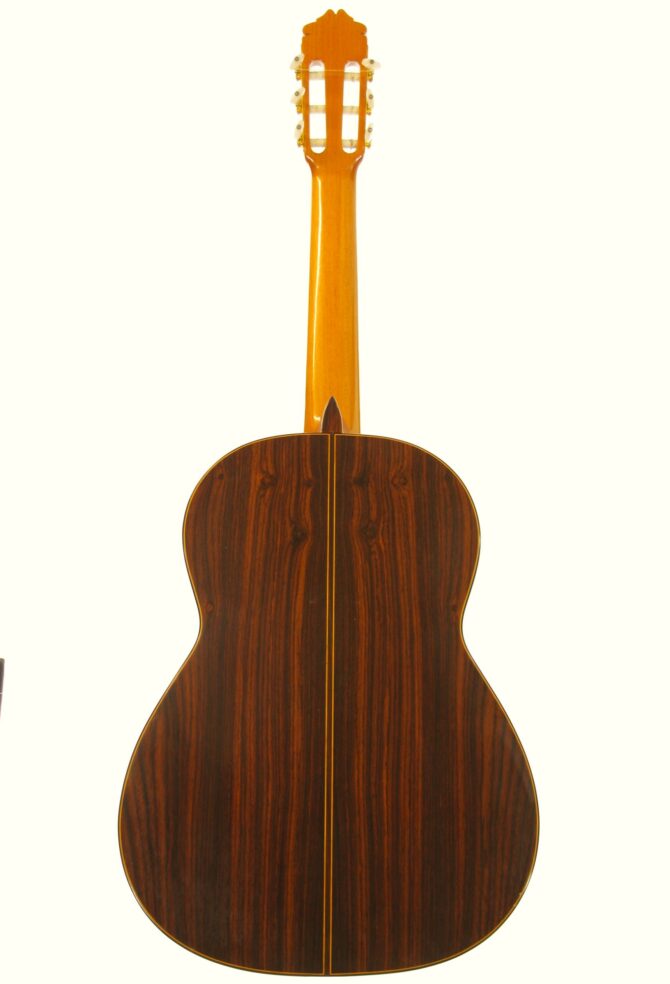 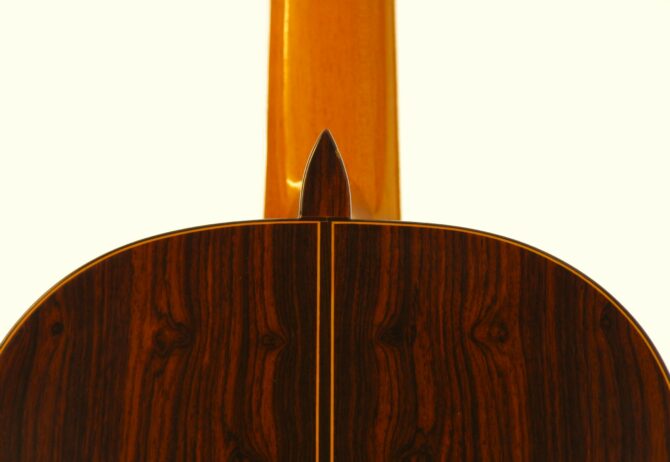 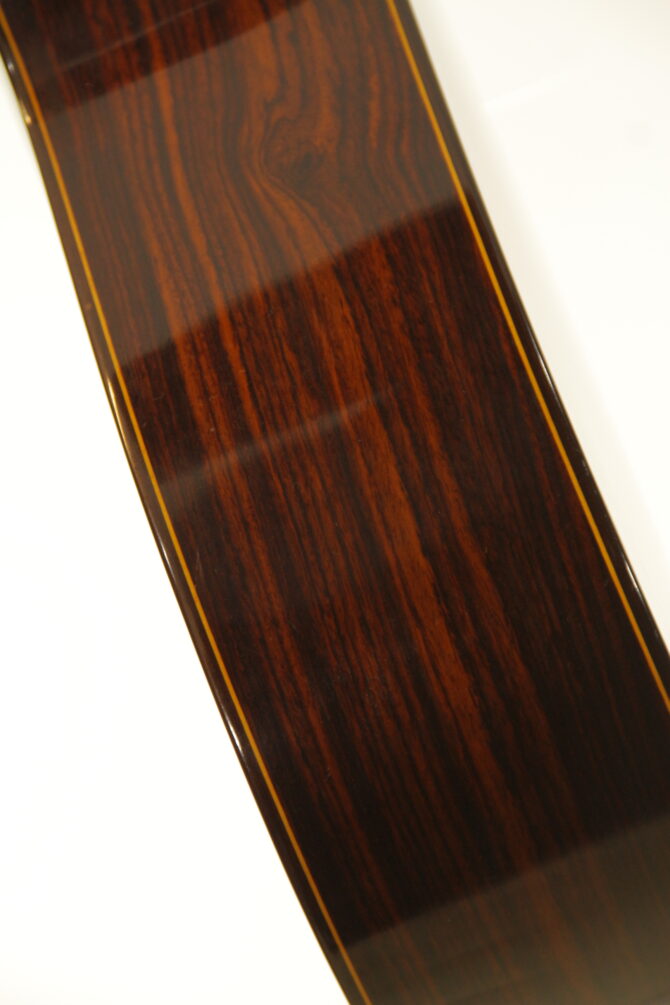 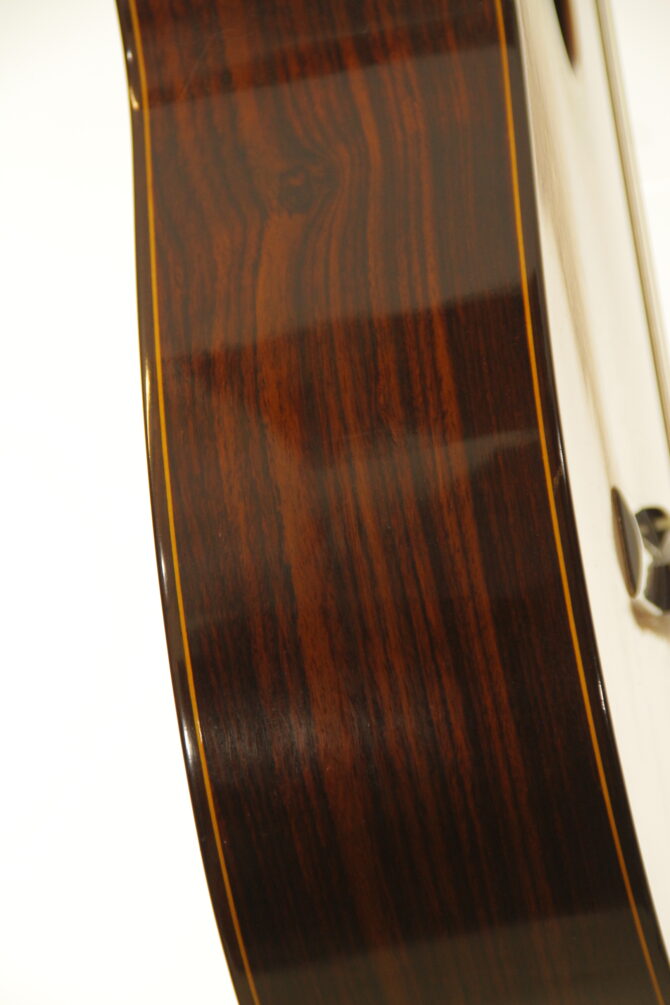 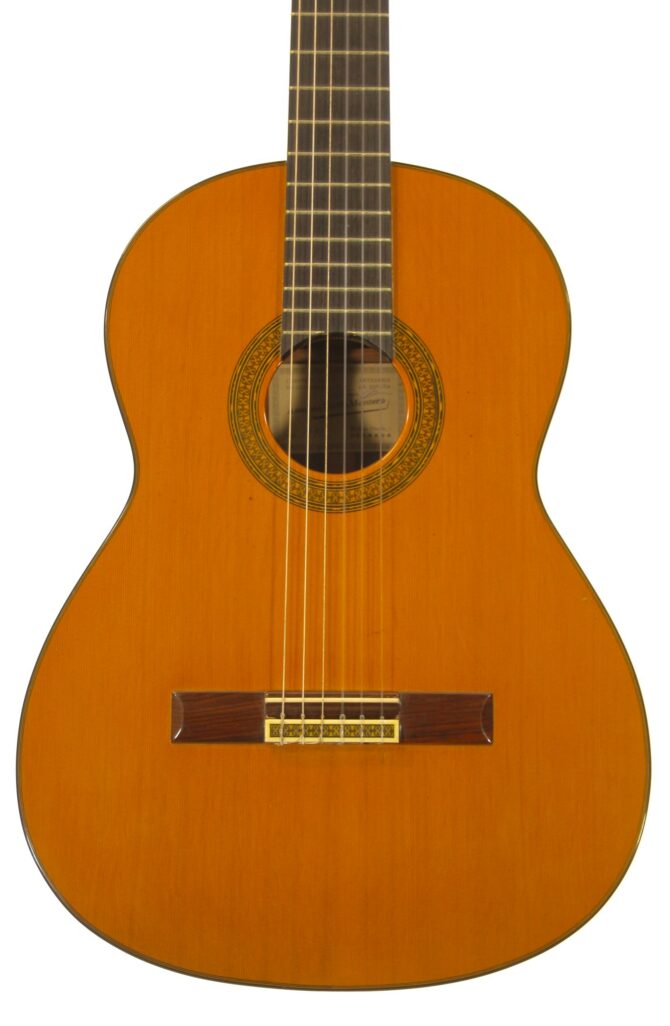 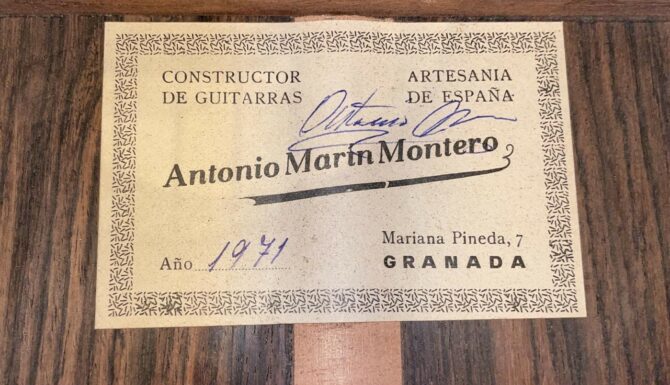 If you’ve never had a guitar made by Antonio Marin Montero, you have missed something – We are sure of that!

Antonio Marin is considered to be the foundational builder of the Granada school – many builders from around the world have come to Granada to work with and learn from this great maker.
His association with Robert Bouchet is legendary – together the two of them collaborated in an effort that eventually produced this model, which has become known as Marin’s “Bouchet” model, as it features structural and design elements (including the famous transverse brace passing below the bridge) that clearly show the influence of Bouchet.

The sound of this gorgeous guitar is wonderfully versatile, with a complex tone and a tremendous range of the most beautiful timbres. The sound is powerful and majestic on the one hand, but the guitar also impresses with clear, sparkling highs that give a sense of great projection. It is a very balanced guitar, with a robust, creamy quality to the sound. It also has this nice quick, bouncy responsiveness, a characteristic found in the best of the southern Spanish instruments.

It has a cedar top and rosewood back and sides. The scale length is 655 mm and the nut width 52 mm.

Being a used instrument the guitar has a some marks of play and use, but is in a very good condition for its age.