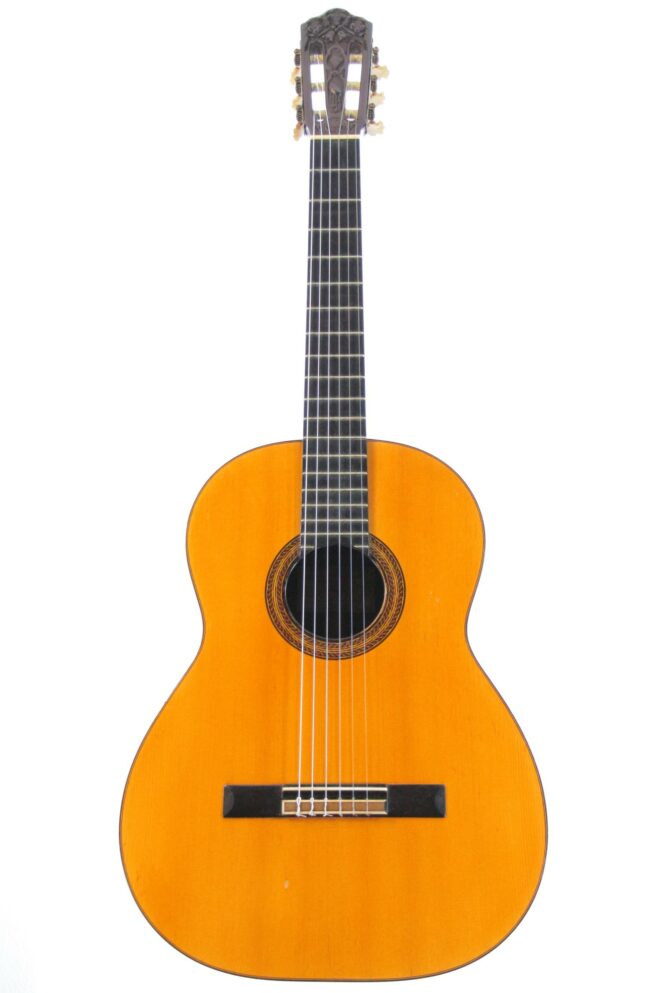 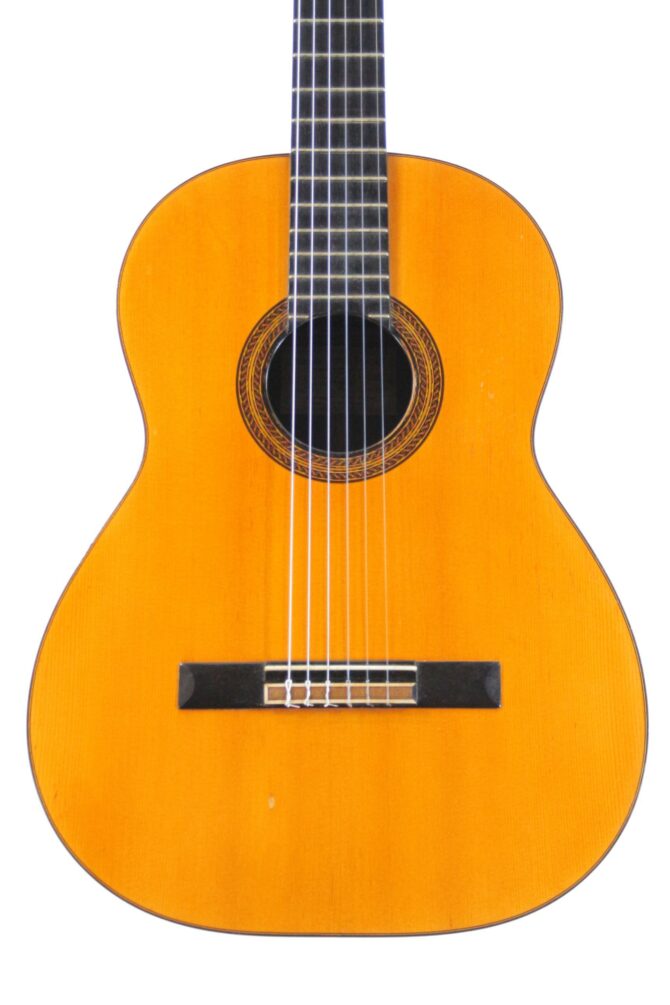 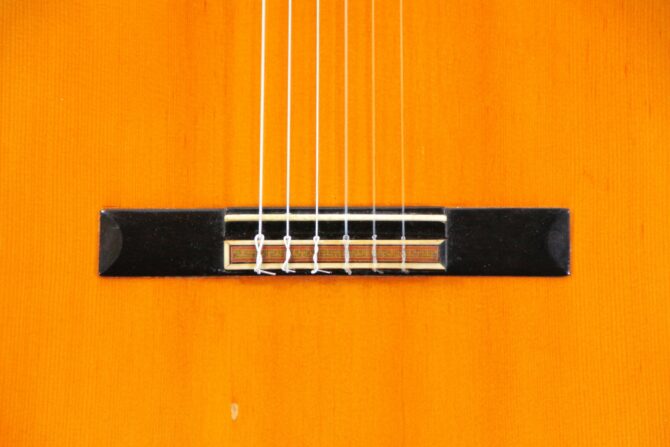 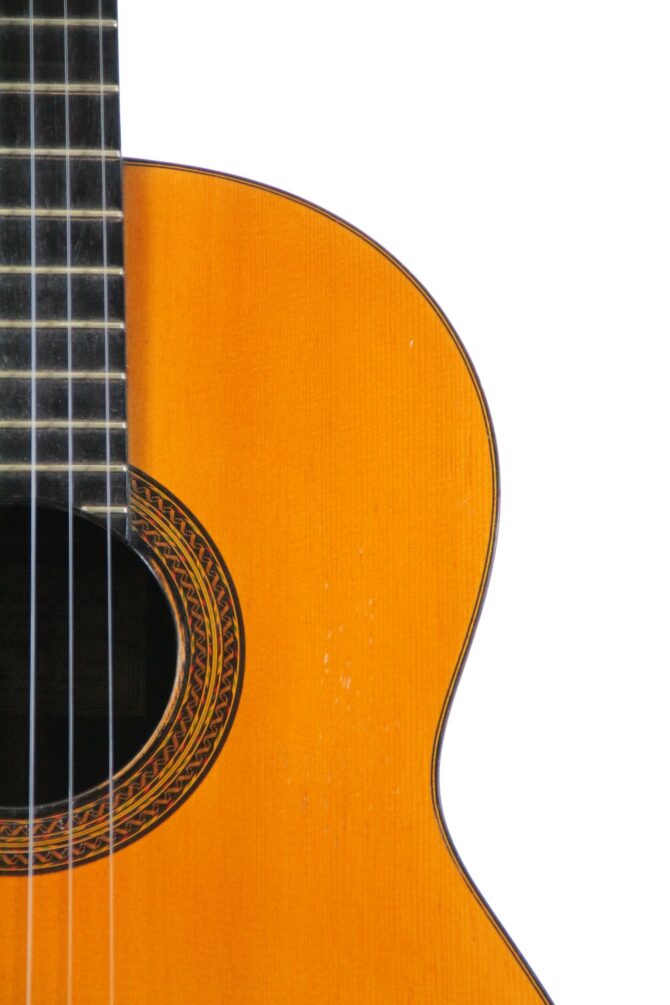 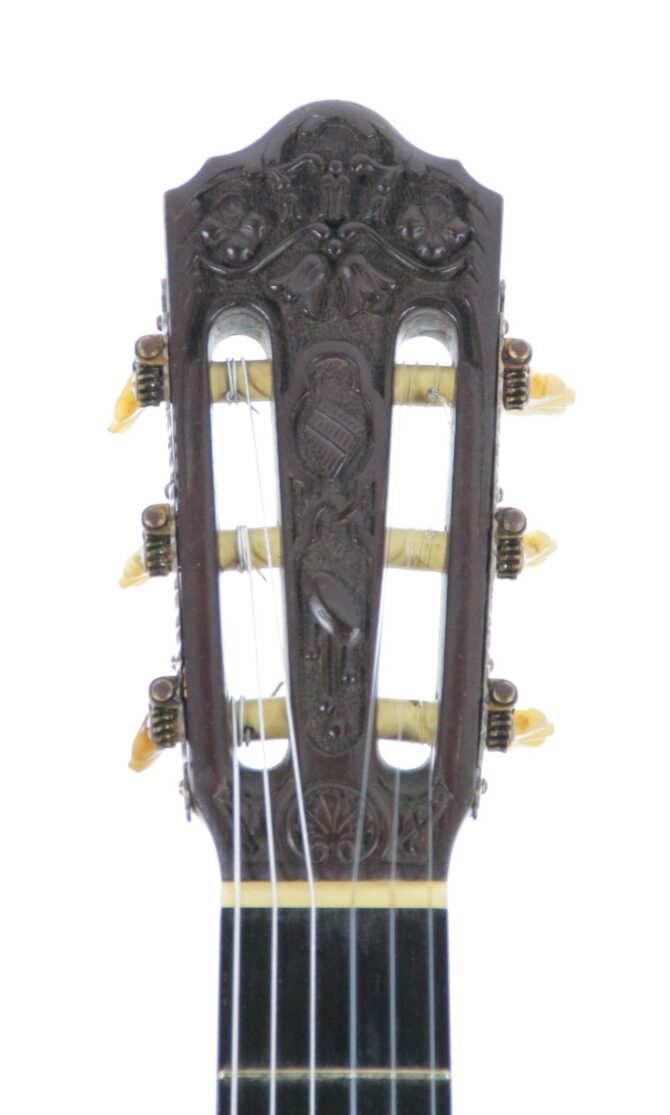 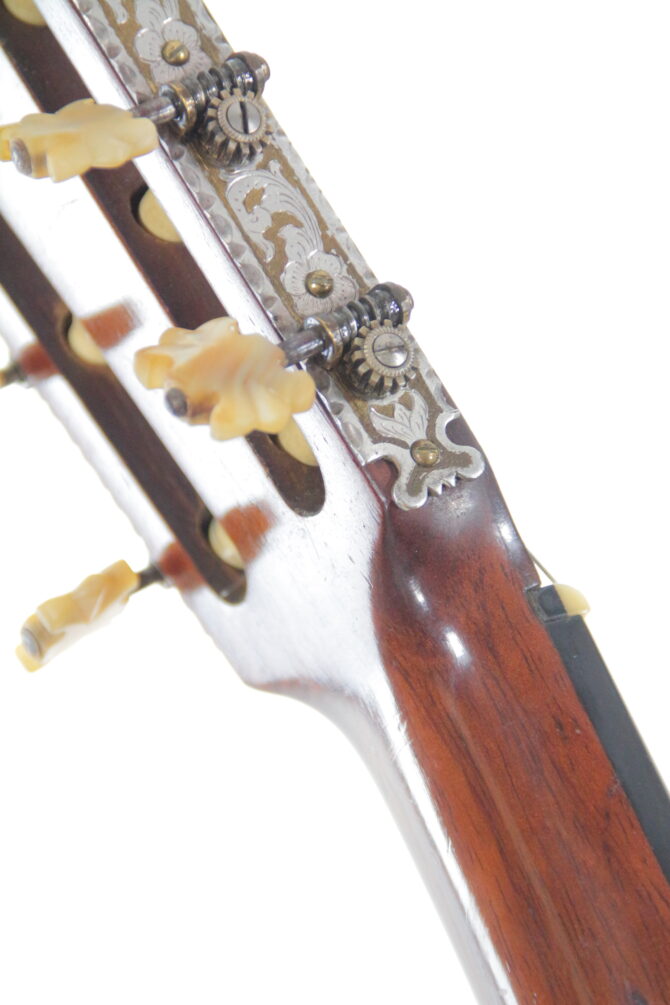 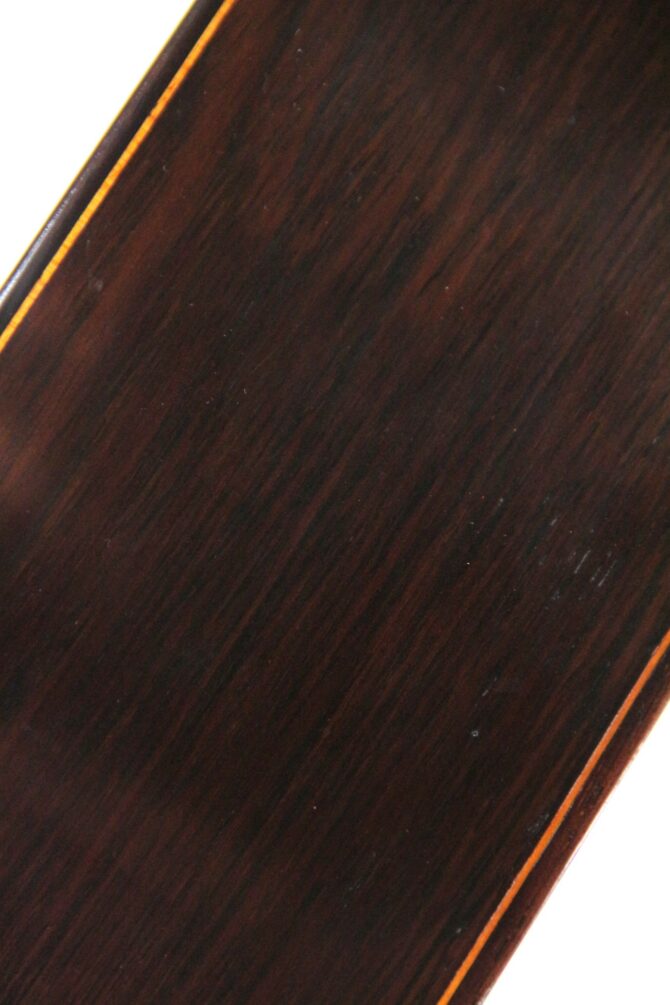 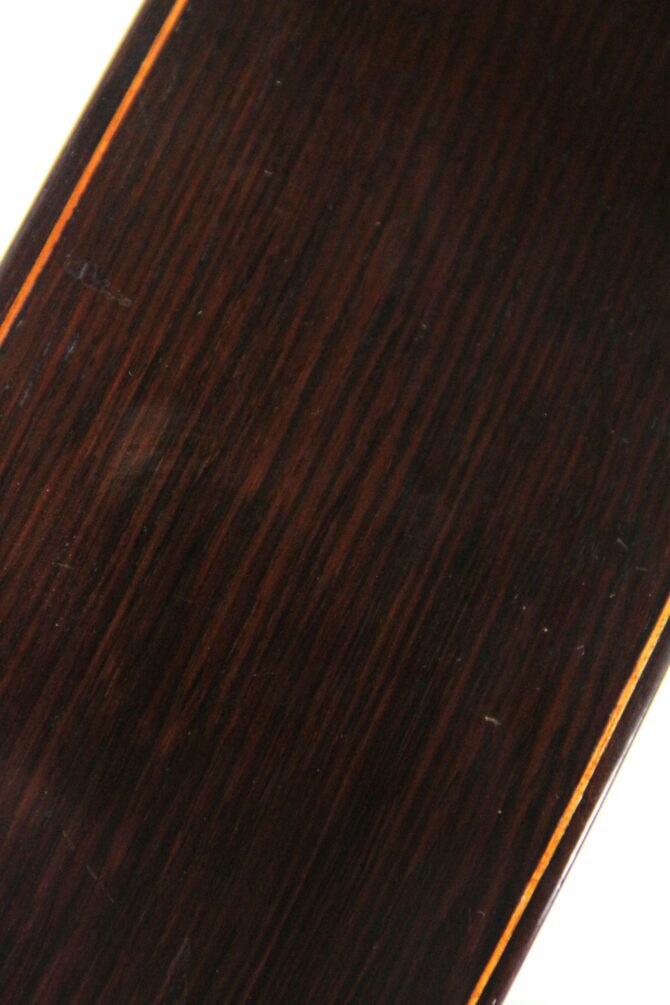 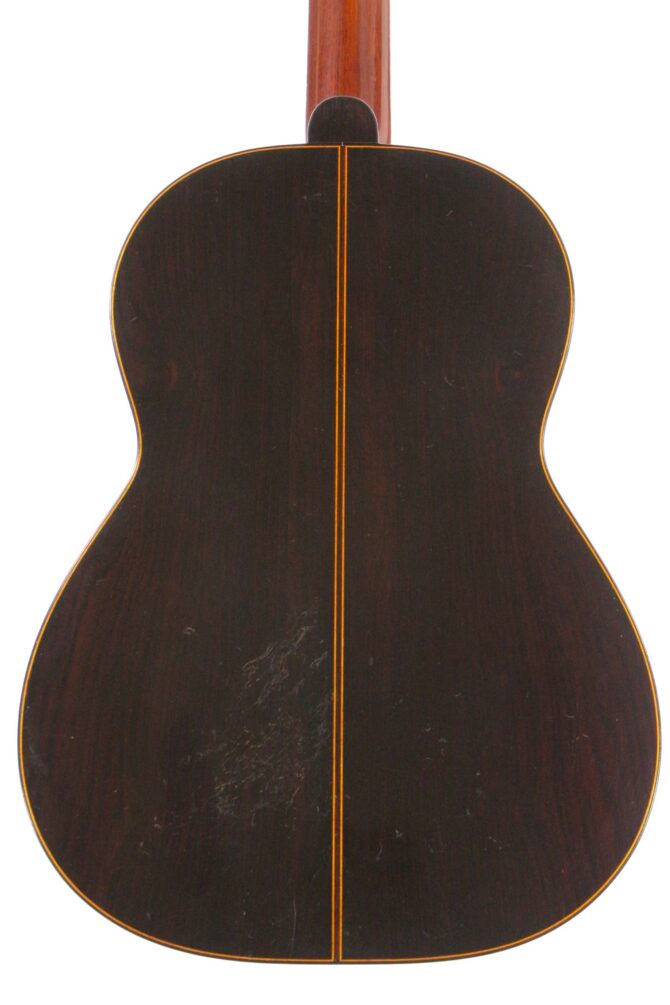 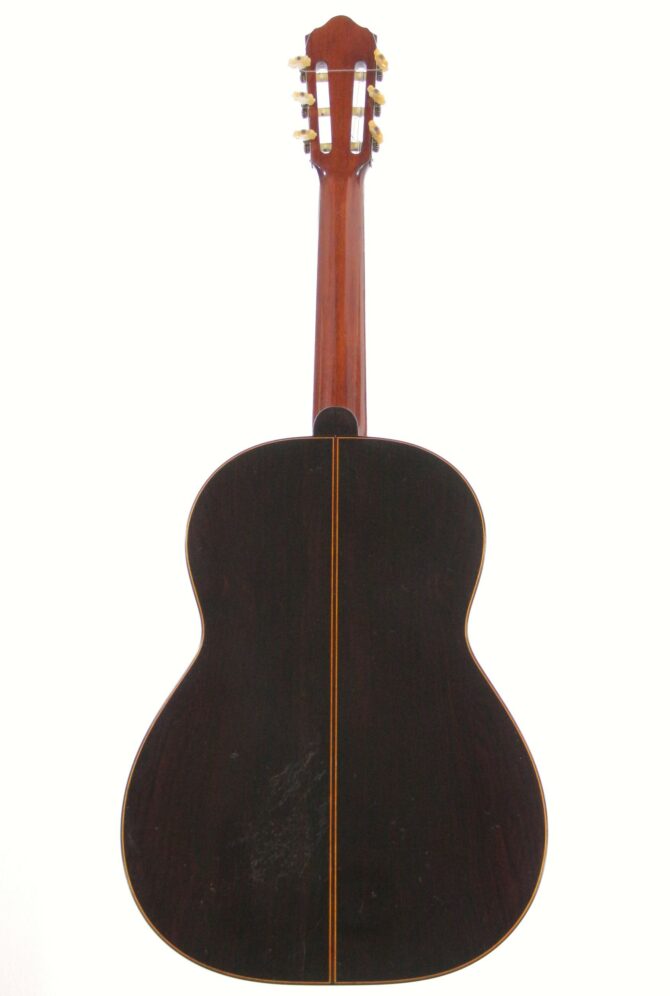 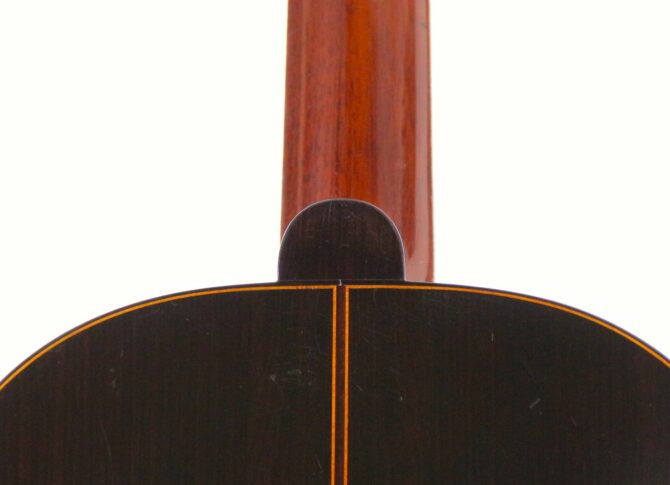 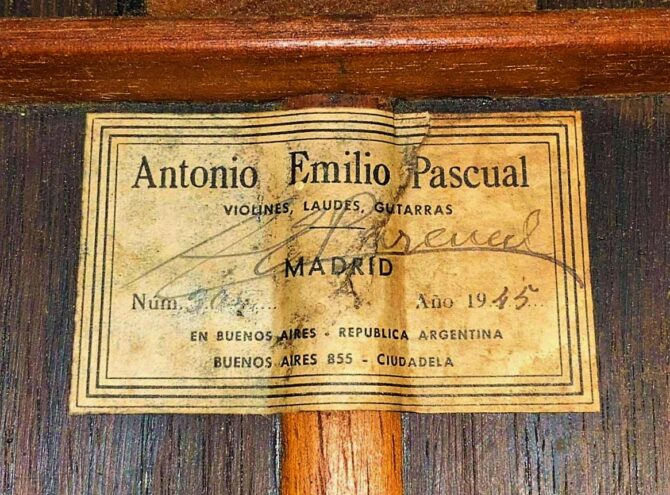 Antonio Emilio Pascual Viudes Aznar was born on 10 November 1883 in Crevillente in southern Spain’s Alicante region. His family was a family of guitar makers and he began his first training there. At the age of 14, his family sent him to Madrid to complete his apprenticeship in the famous workshop of Manuel Ramirez and later to work there as a guitar maker. He stayed with Manuel Ramirez from 1897 to 1909, during this time he worked with Santos Hernandez, Domingo Esteso and Modesto Borreguero there. He also worked in José Ramirez’s shop for little over a year.

Before the First World War, he moved to Buenos Aires, where he opened his own workshop and made high-quality handmade instruments until the late 1950s.
In retrospect, this was a good decision, as he was able to work quietly and sell his instruments well in Argentina, while Europe was going through turbulent times with 2 world wars and the Spanish Civil War in between.
Although he lived in Argentina, he continued to write Madrid on his labels to show where his skills came from. Antonio Emilio Pascual died in 1959.

To this day, Antonio Emilio Pascual is considered one of the greatest names in guitar making of all time.

This guitar, built in 1945, is absolutely fantastic. Its tonal richness is definitely on the same level as the best modern guitars, with the added bonus of an indescribably characterful vintage sound. The sweetness of the sound is deeply charming.
This very poetic instrument is truly one of a kind. The clear and charming trebles have a wonderful timbre and the deep dark basses have a very mysterious aura as well as a unique Spanish spontaneity, which makes this classical guitar such a special instrument.
The guitar also has a remarkable balance and the tones virtually float in the room while maintaining harmonic richness.

The woods, the workmanship as well as the first-class decoration are of the highest quality.
It has a fine spruce top and the most beautiful rosewood back and sides you can imagine. The headstock has finely crafted carvings and the entire body is even polished with shellac from the inside. Mechanics of the highest quality … one can only speak in superlatives about this guitar.
The scale length is 648 mm and the nut width 51 mm. The neck is straight and the action is well adjusted.
The guitar is in remarkable condition with no repairs or alterations. It has only minor signs of use.

It is sold with the original case.