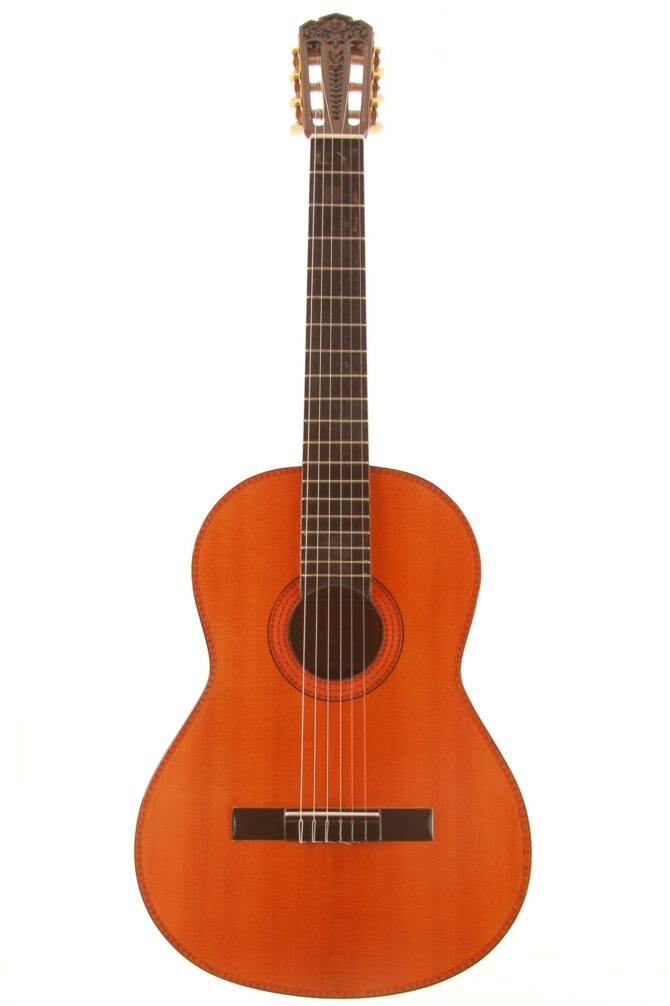 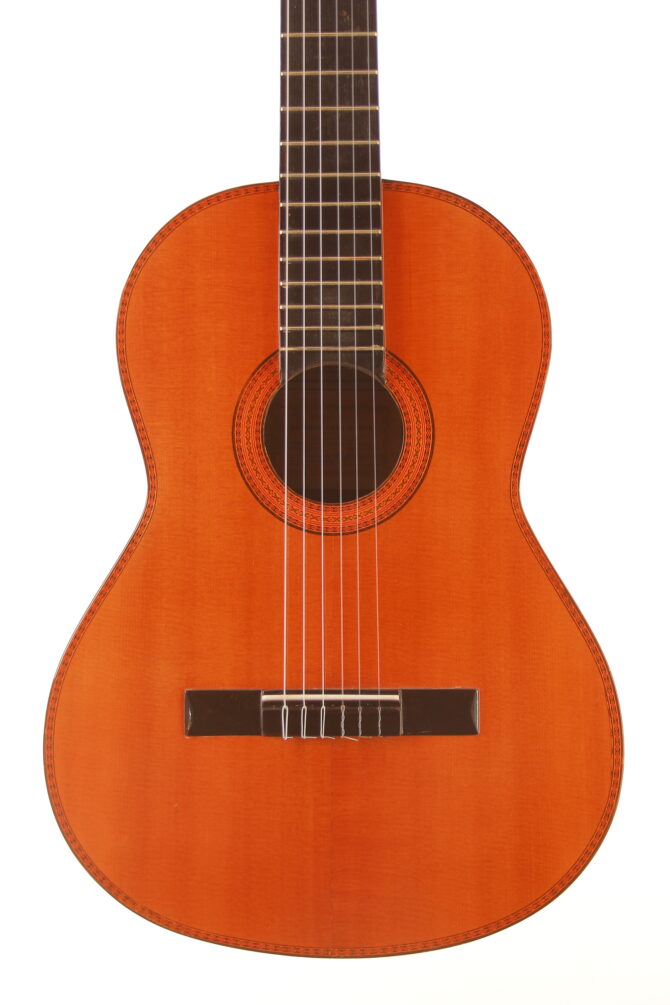 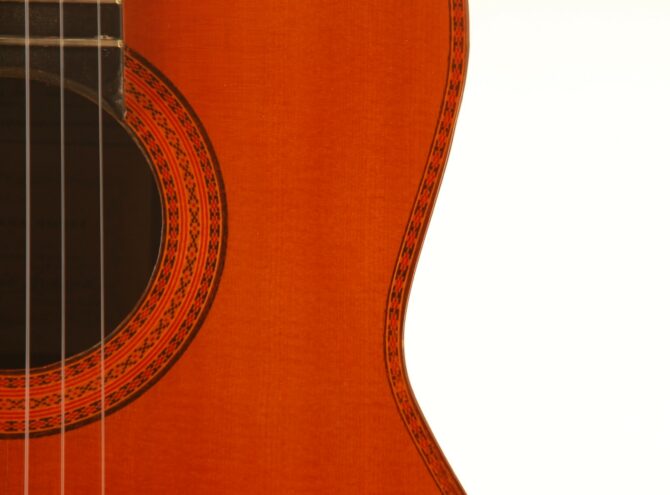 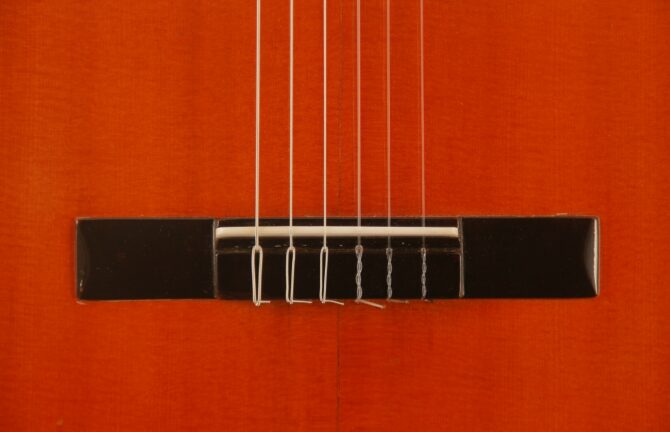 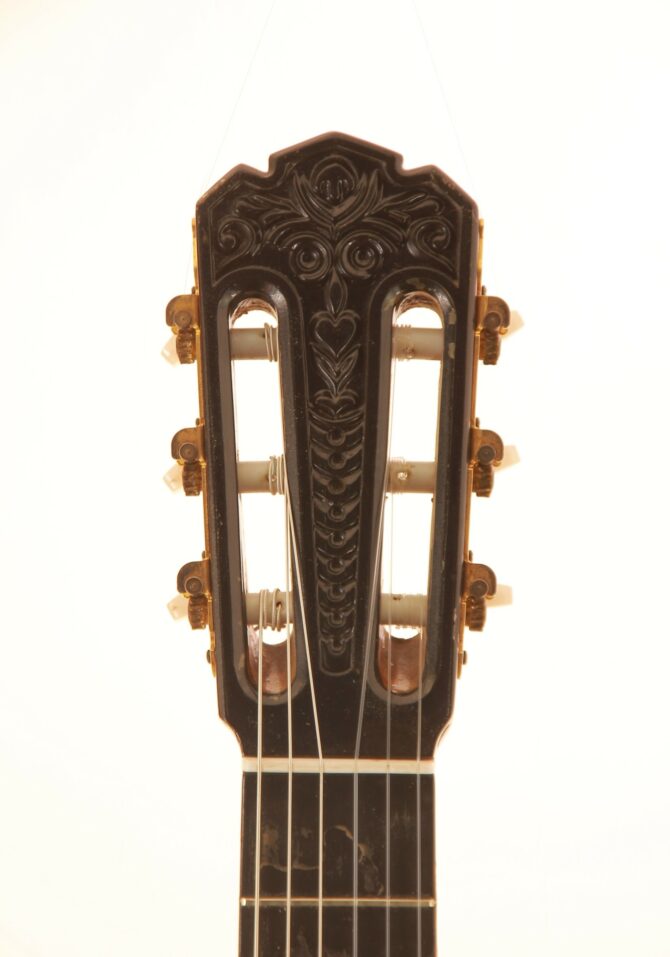 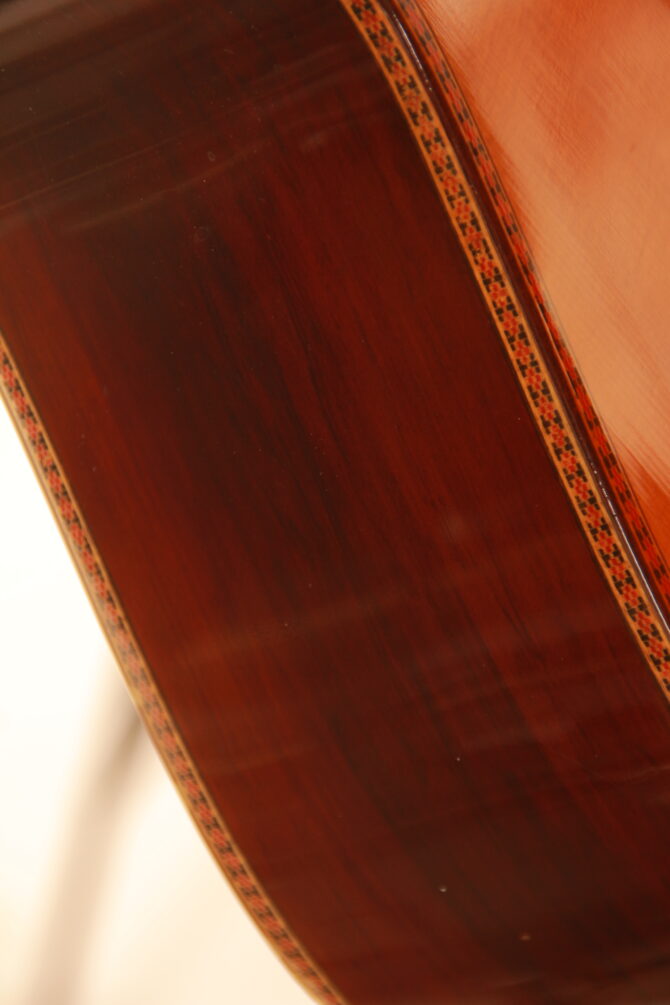 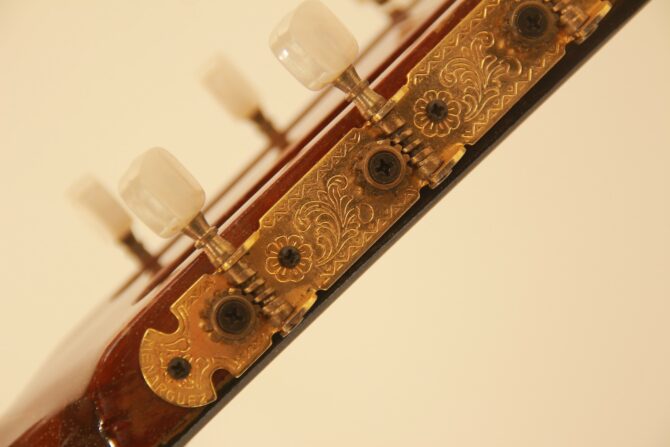 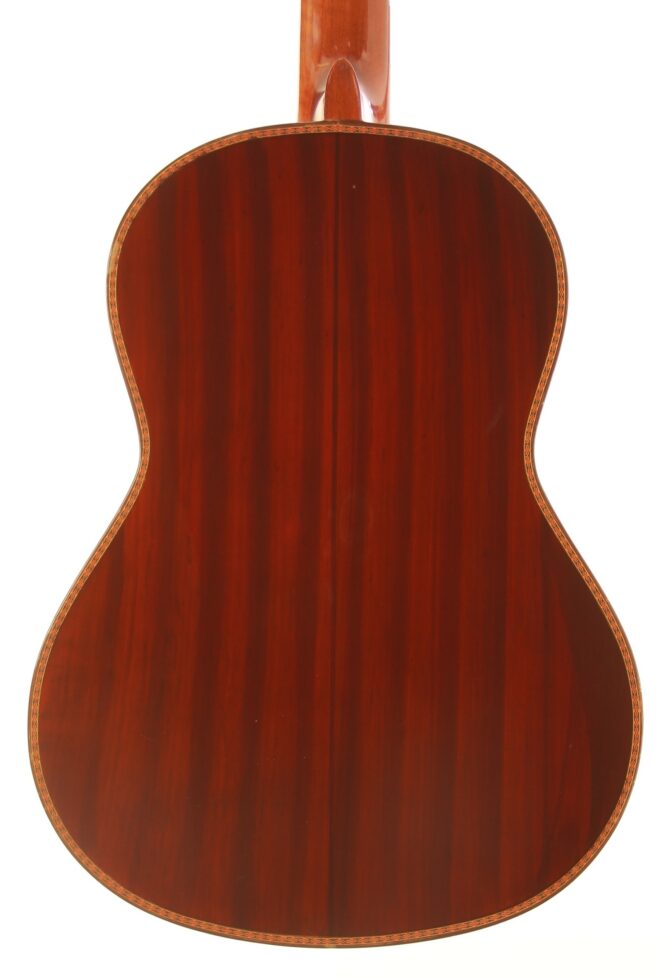 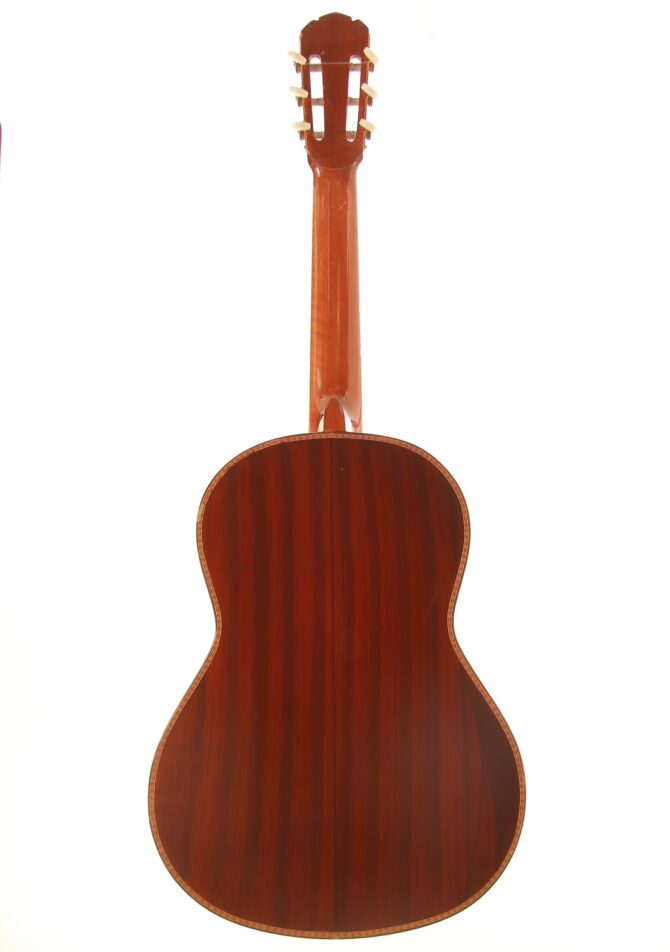 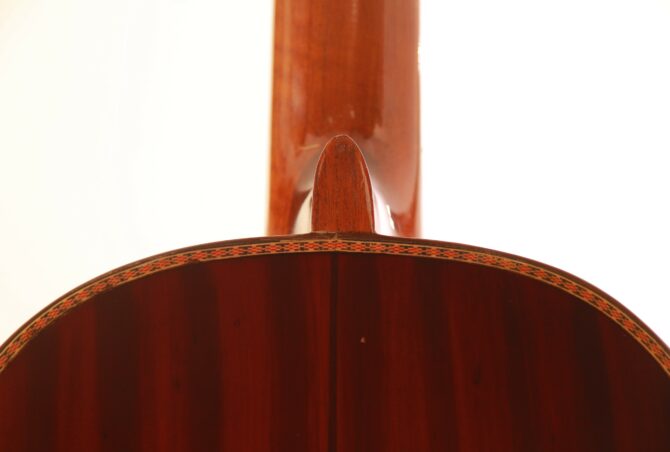 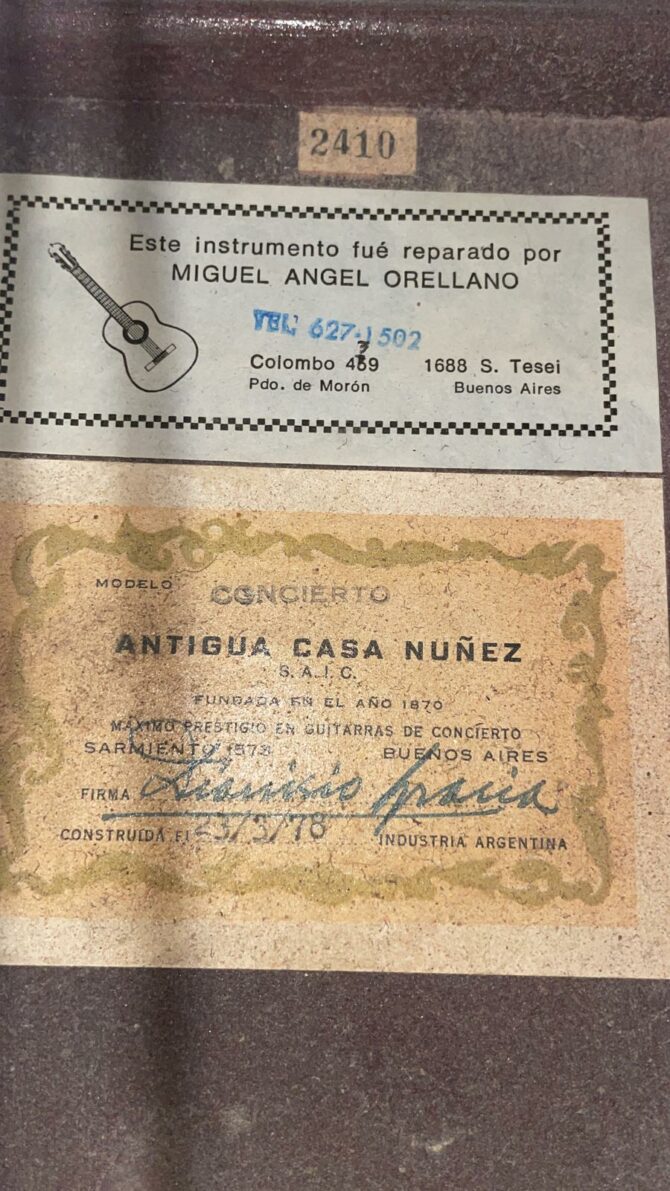 In 1858 Francisco Nuñez left Spain and settled in Buenos Aires. He founded Casa Nuñez in 1870, which was more than just a workshop or store: a place where the greatest guitarists and composers of the time met.
Francisco Diego and Dioniso Gracia acquired the workshop after Francisco Nuñez’s death (1919) and named it Antigua Casa Nuñez in 1925.
Casa Nuñez is still an active store today with a great guitar history!

This guitar by Dioniso Gracia was built in 1978. DIe top is made of spruce, back and sides of mahogany. The scale length is 650 mm and the nut width is 52 mm.

The sound of this guitar is excellent, with a woody and soft timbre. It exudes something of the South American lightness. The basses are punchy and have a deep sound. The trebles are spontaneous and singing. The instrument has fantastic dynamics with a very sympathetic and charming sound in all registers.
The sweet tones of the guitar are colored with the expressiveness typical of old instruments.

The guitar is in good condition and has been professionally worked over. It comes with a matching case.