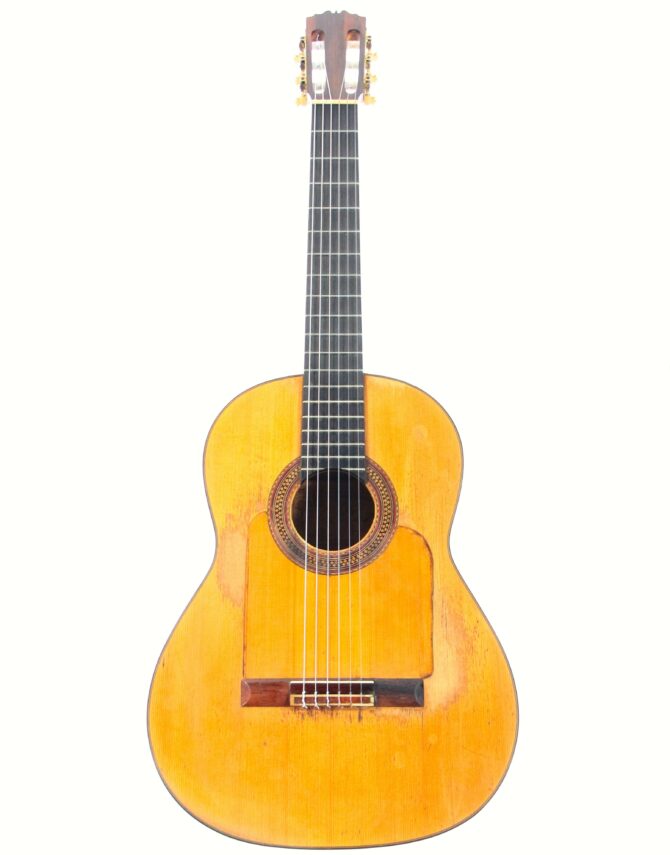 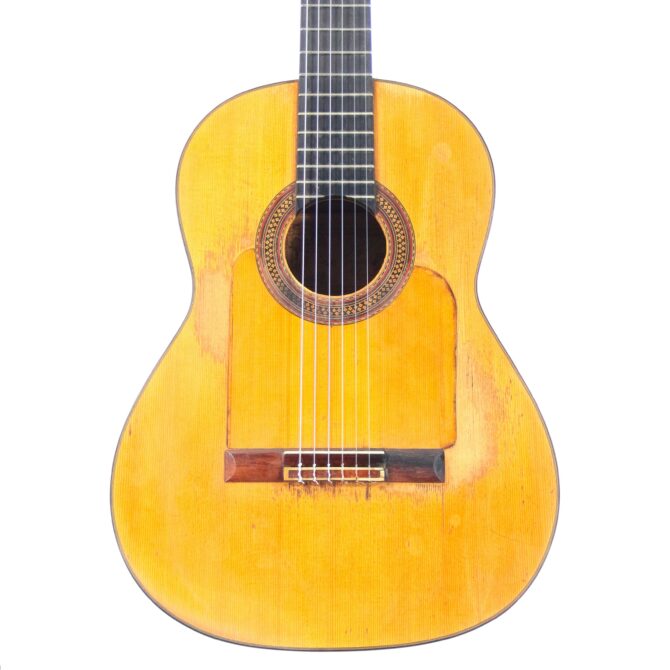 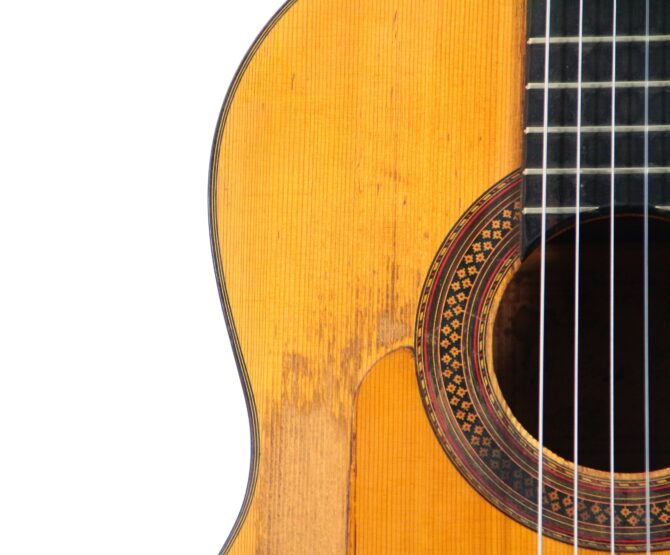 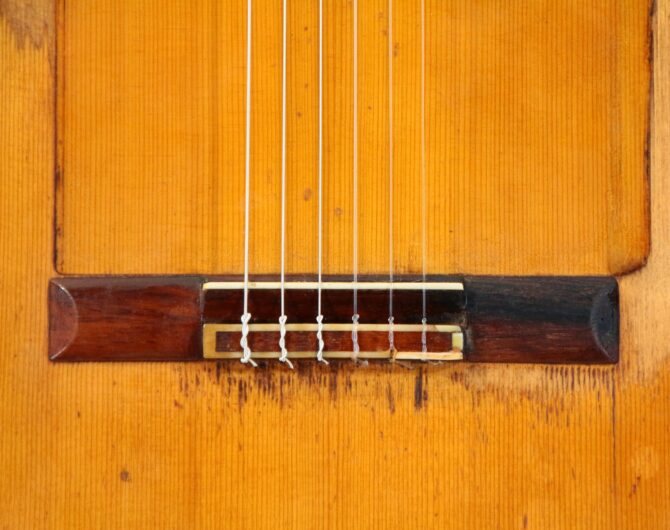 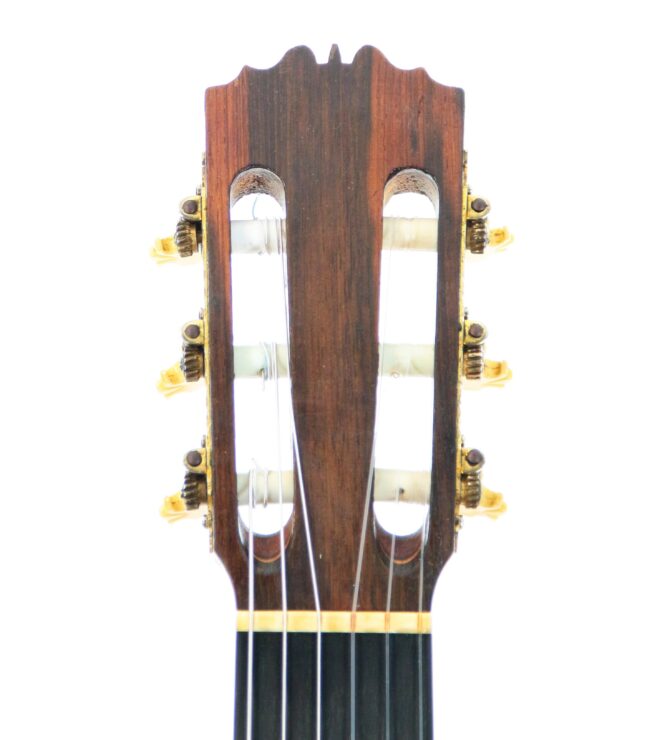 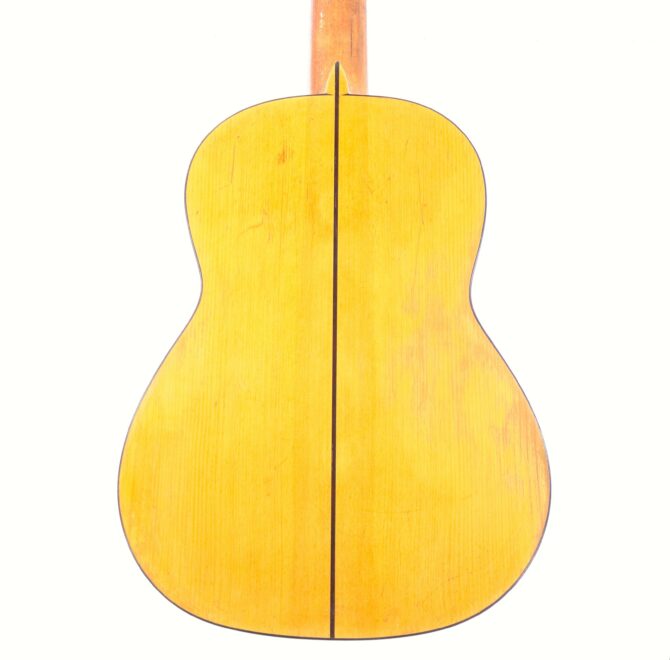 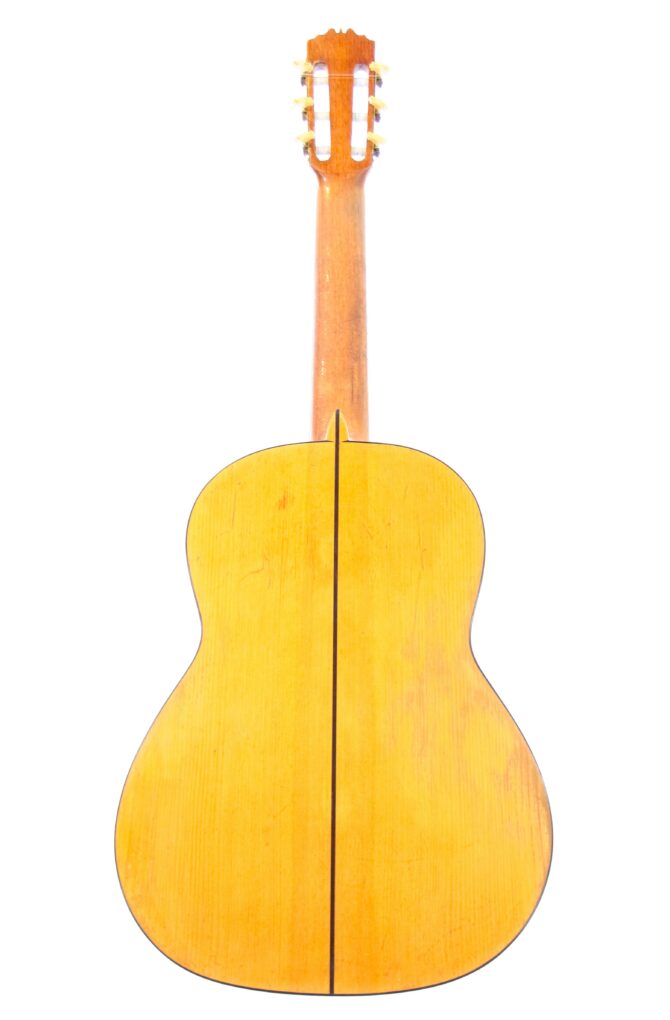 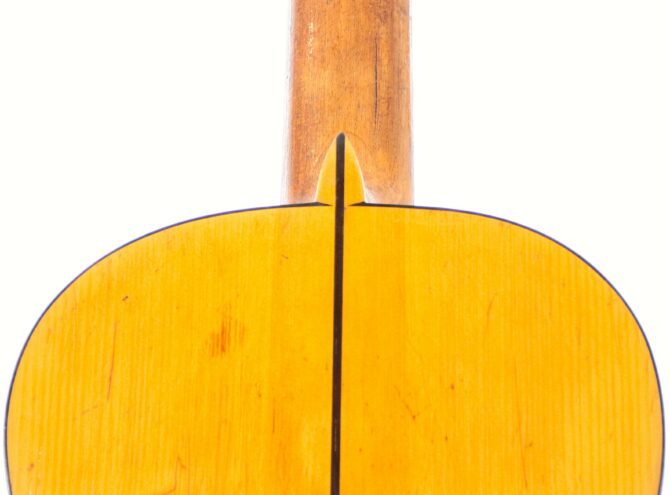 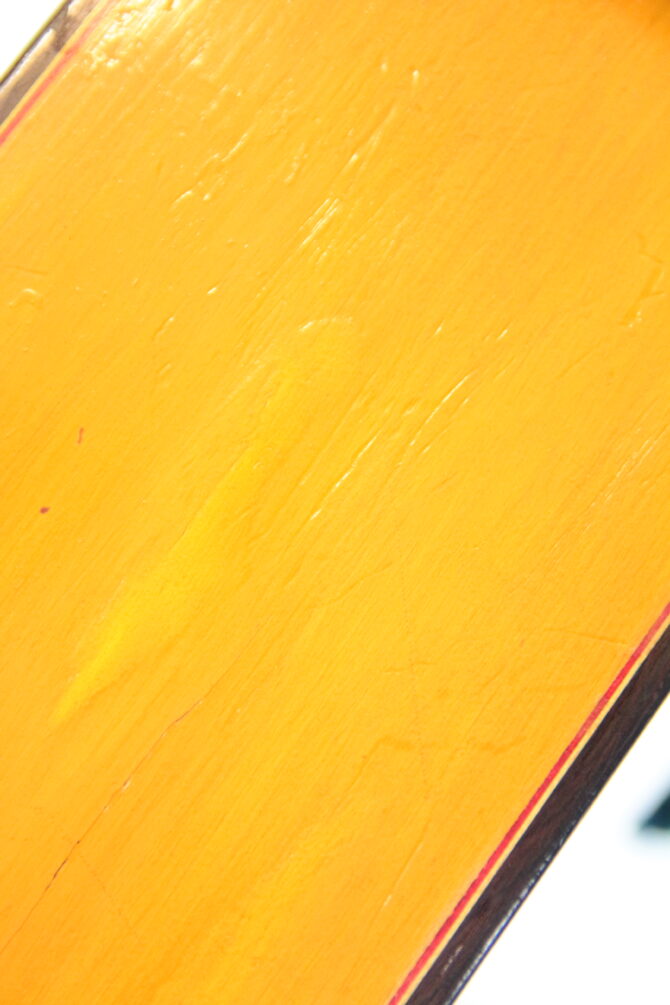 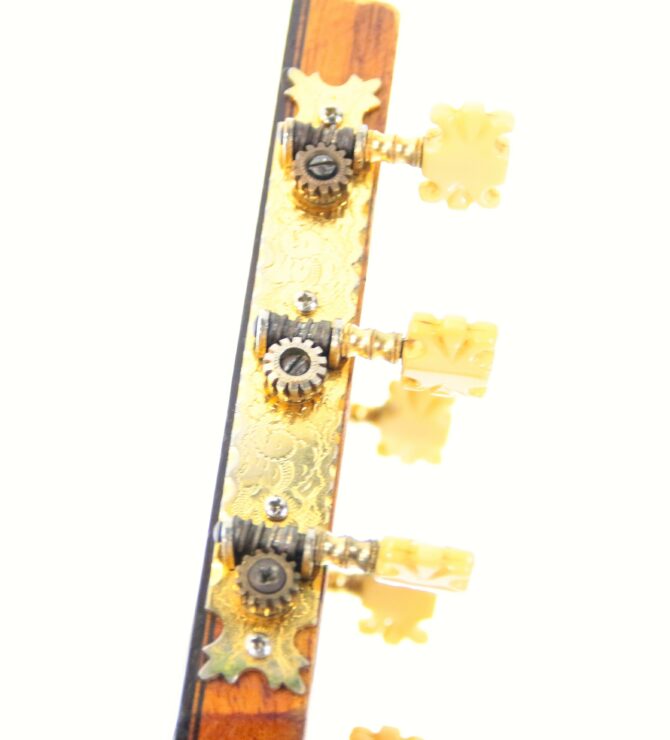 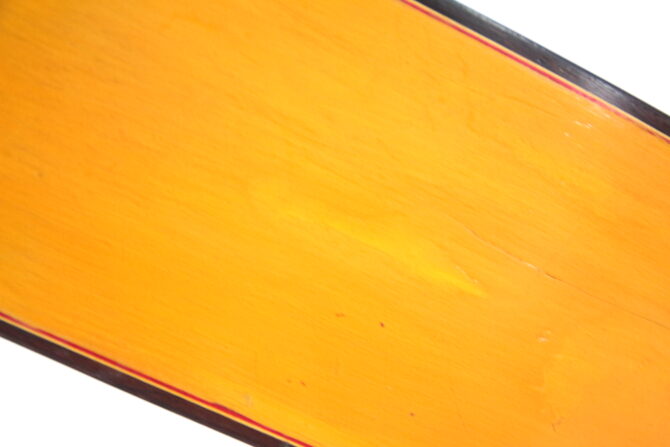 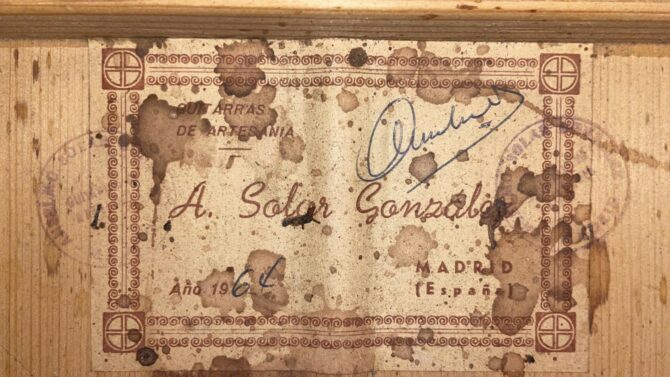 Anselmo Solar Gonzalez 1964 – amazing flamenco guitar from the hand of an excellent craftsman!

This guitar is one of his great masterpieces, made in 1964. Only the best meterials where used for this guitar.
The craftsmanship emploied for this guitar is outstanding and we can directly feel the great experience of that amazing luthier.
It has a German spruce top and beautiful cypress back and sides. The scale length is 657 mm and the nut width 52 mm.

This guitar falls into our special category: Players dream and collectors nightmare. It shows a huge amount of wear from play and use all around and has also received some repairs. On the other hand it plays and sounds like a champ and definitely has the sound of a guitar from the great Madrid makers: Santos Hernandez, Modesto Borreguero, Arcangel Fernandez, Marcelo Barbero … we have had all these guitars and know what we are talking about!

The sound of this guitar is bold and loud. It has a very clear and detailed tone with a lot of quality and fine timbres.
Its enormously powerful and has a great dynamic – a lot of fun to play this cool guitar.
The sound quality can be described as a bit mystical with magical attraction. The guitar fills the entire room with the most beautiful tones and impresses with a breathtaking variety of timbres. An absolutely noble instrument on concert level – very finely built for highest tonal demands.

It comes with a new case.