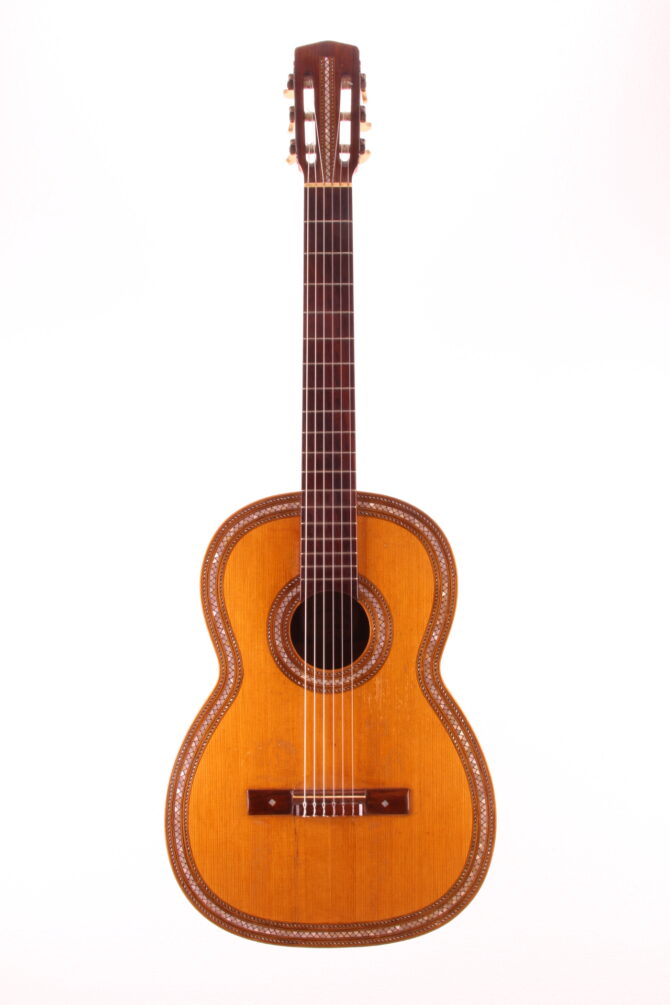 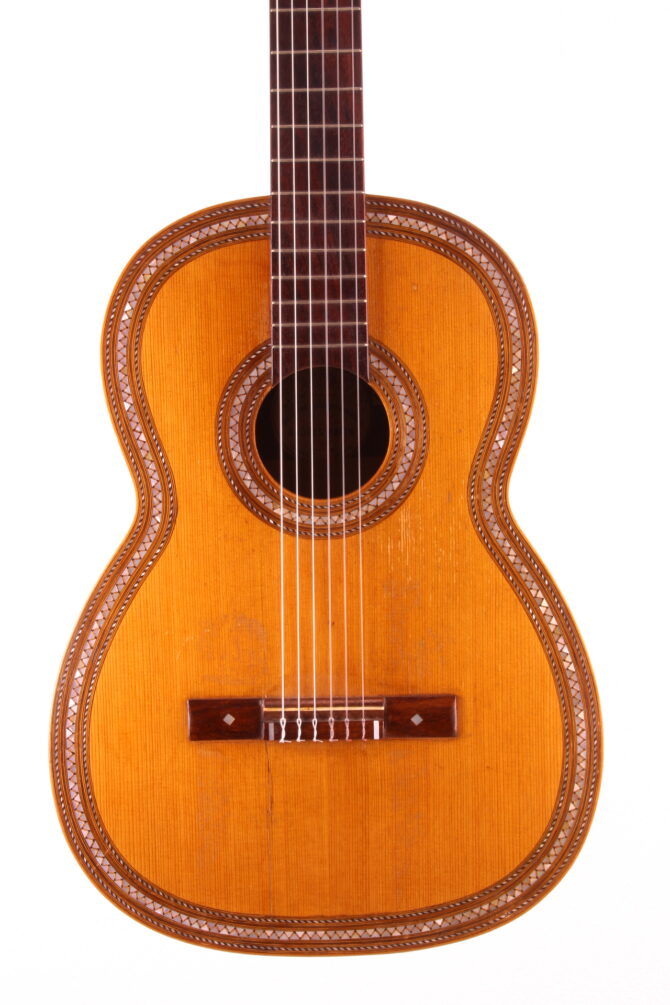 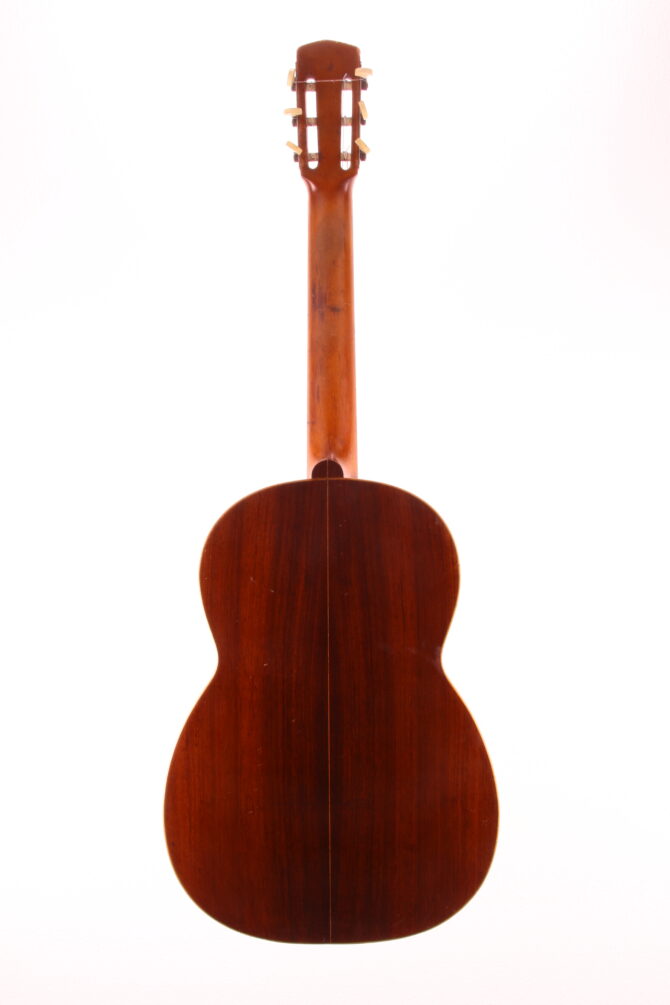 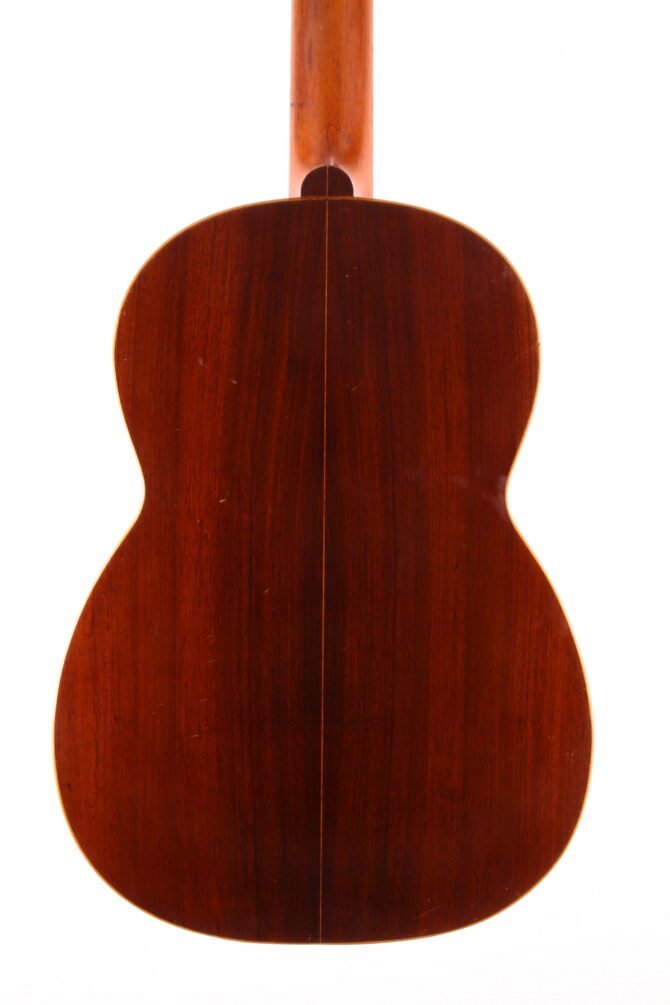 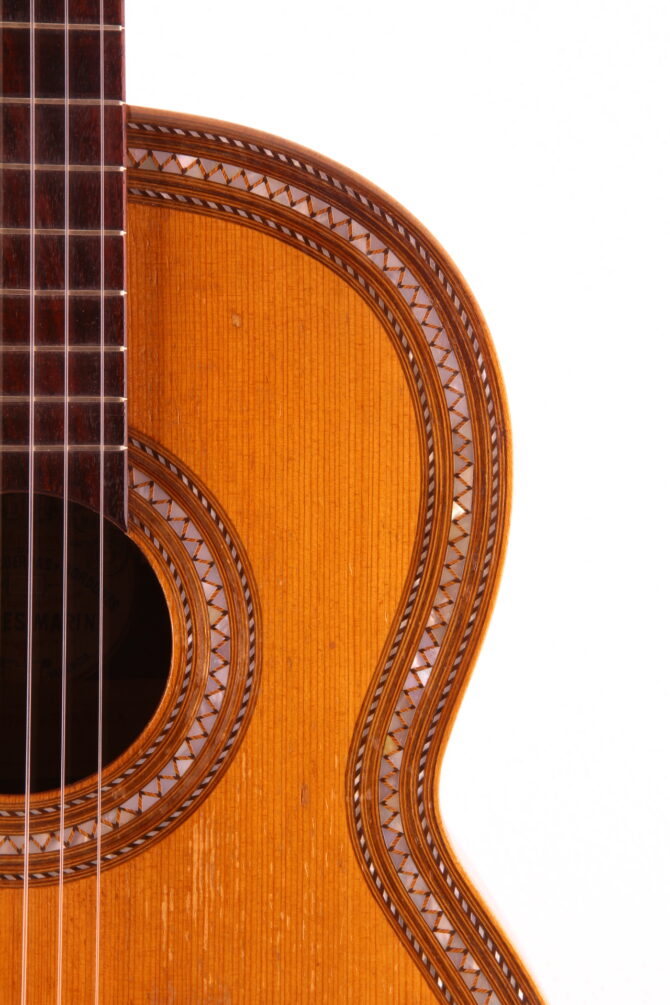 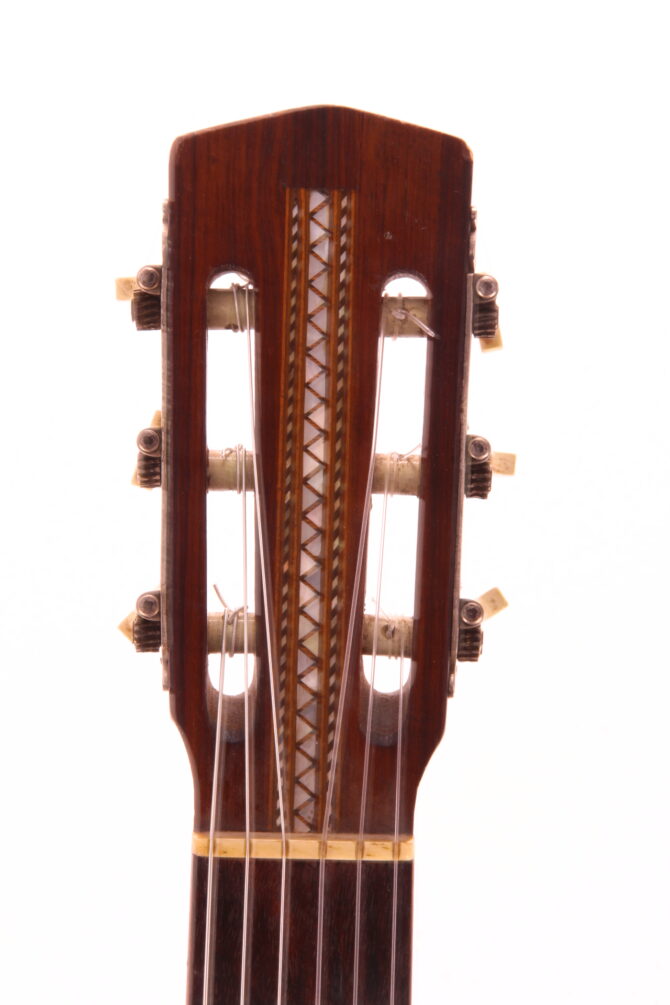 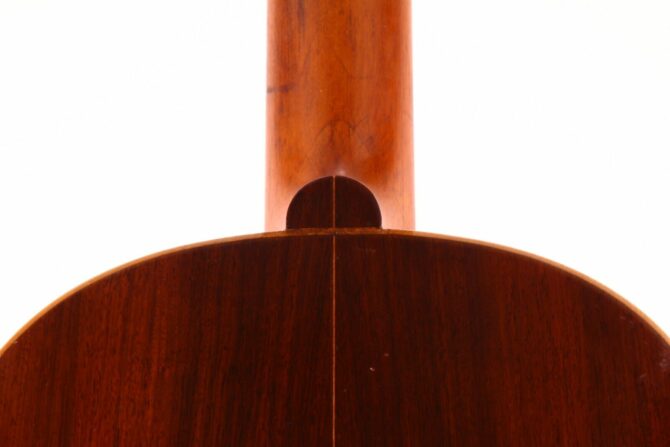 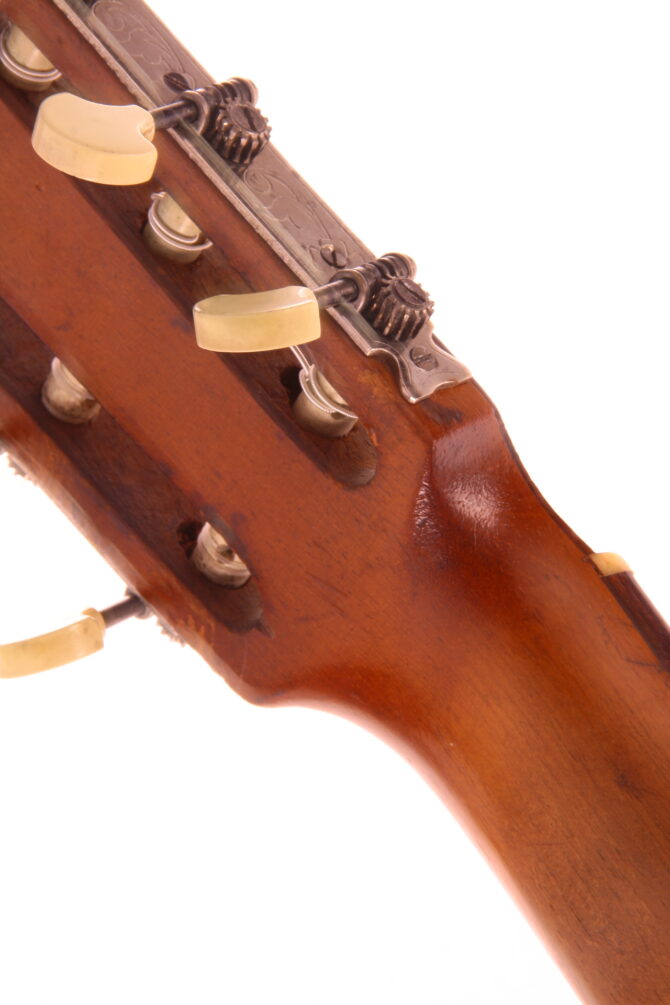 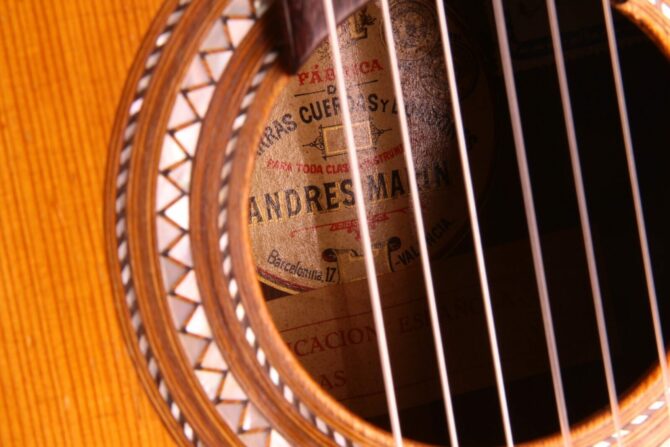 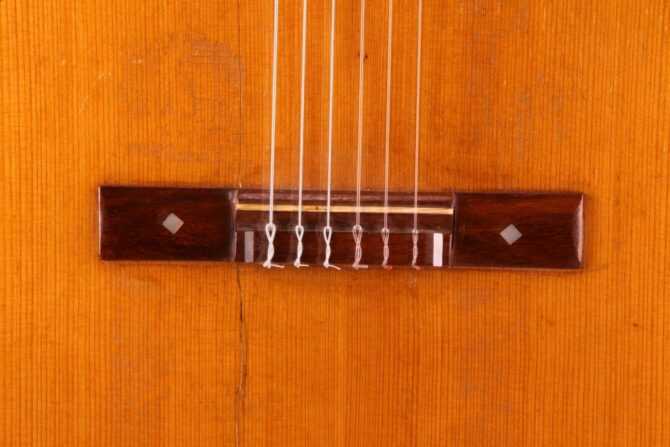 Very rare – this guitar is a unique piece built by the master Andres Marin (Valencia) – Augustin Barrios had exactly such an Andres Marin guitar!

The government of Paraguay has used this guitar as a model for the production of the 50.000 Guarani banknote on which Barrios and his guitar is shown.
It is the most beautiful decorated Andres Marin guitar we have ever seen.

This guitar is a masterpiece that was built by himself in finest handcraft. It can probably be dated to the time around 1900.

It has an incredibly powerful sound and sounds very much like what we know from Torres. It has a mild tone that can only be found in well-built master guitars from the old times.

The guitar is in a lightly restored and well playable condition!