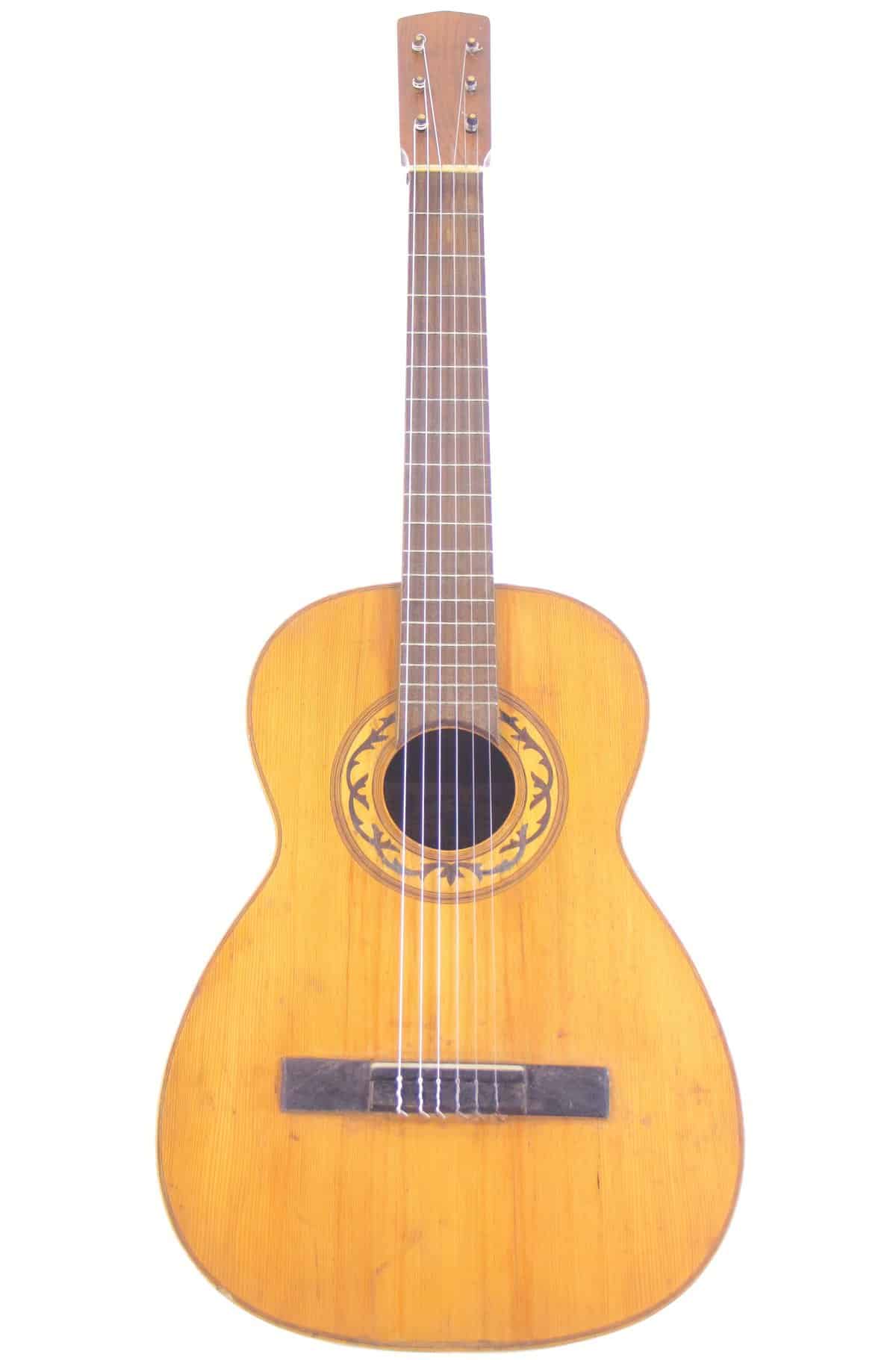 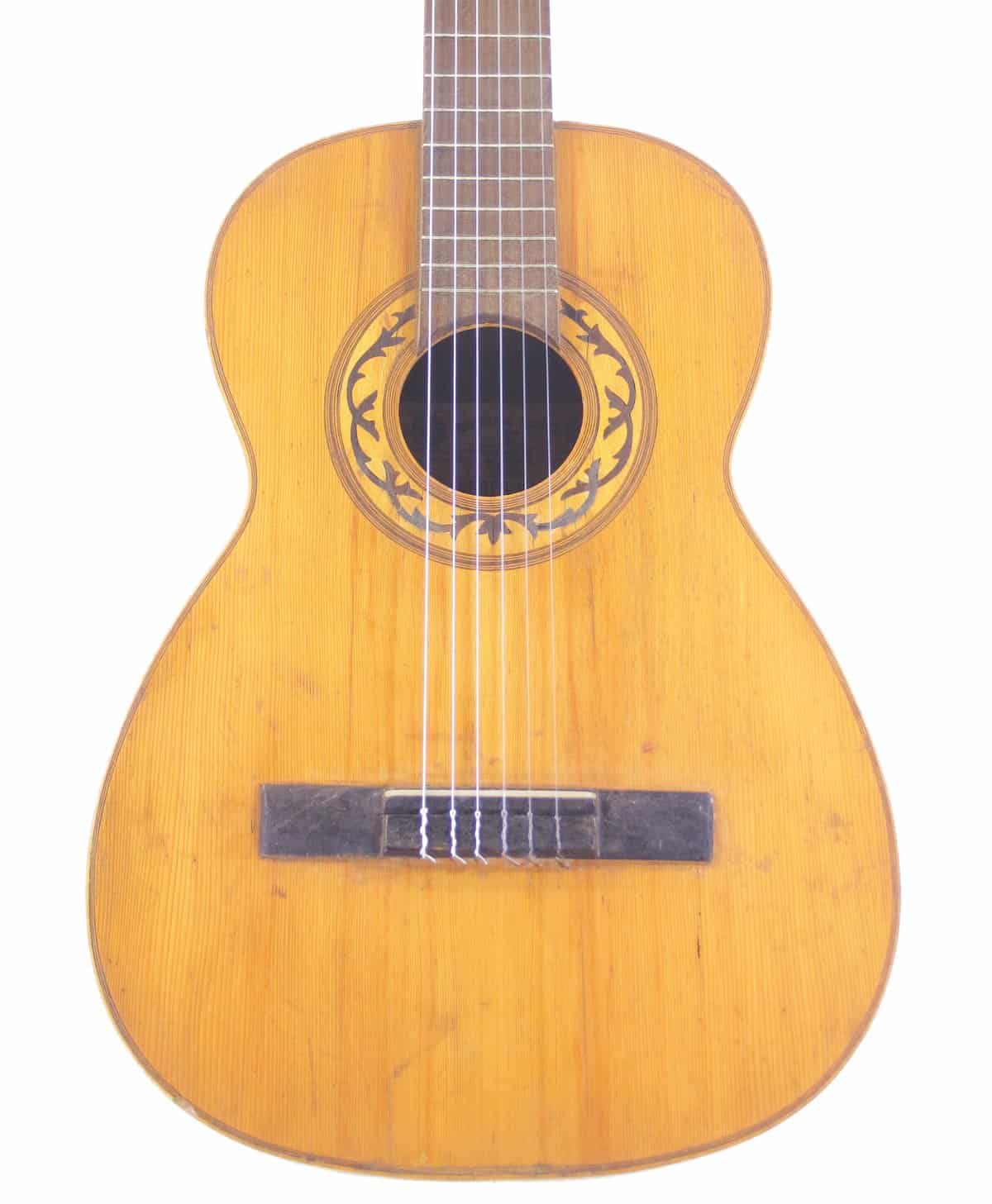 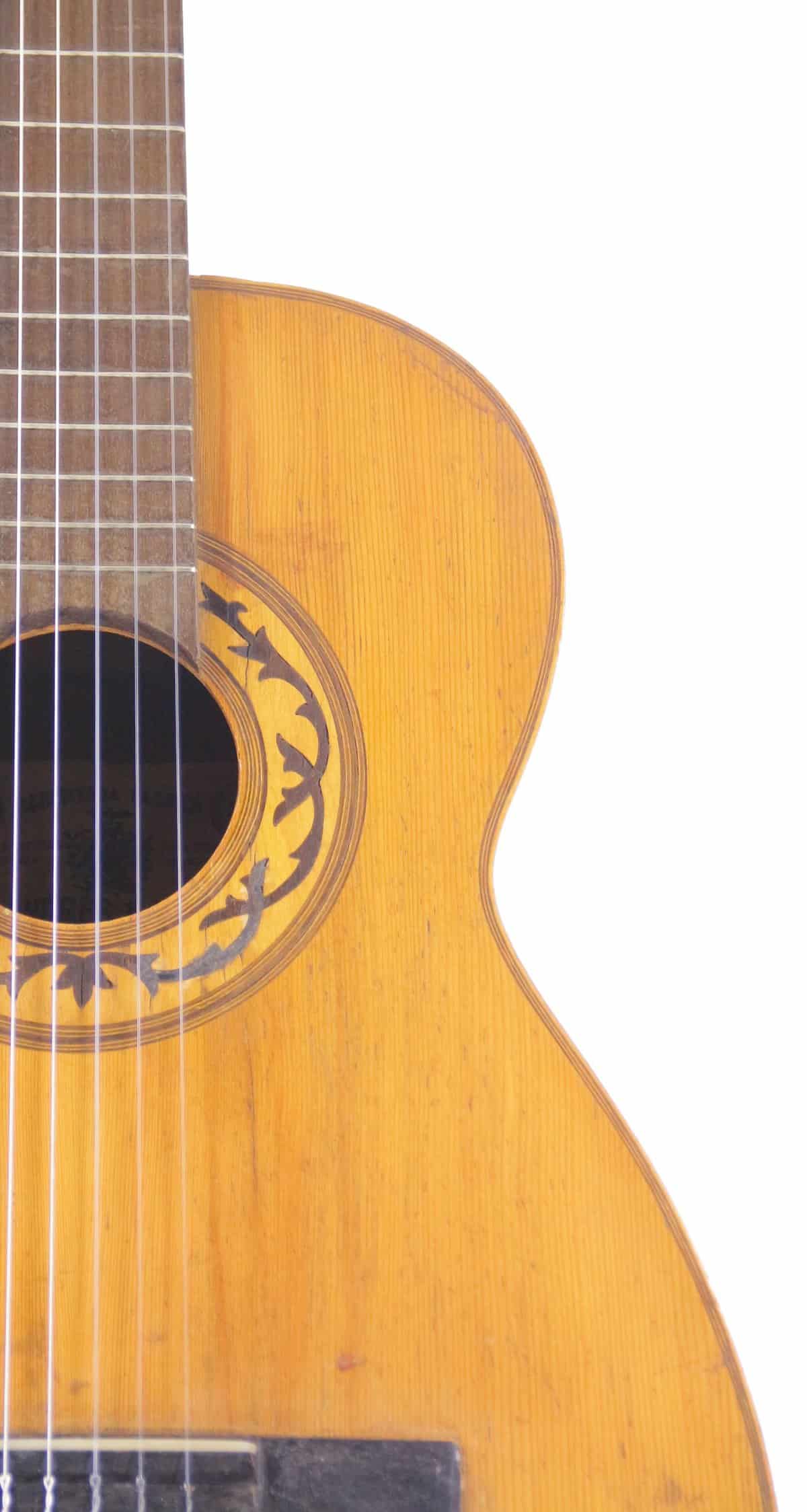 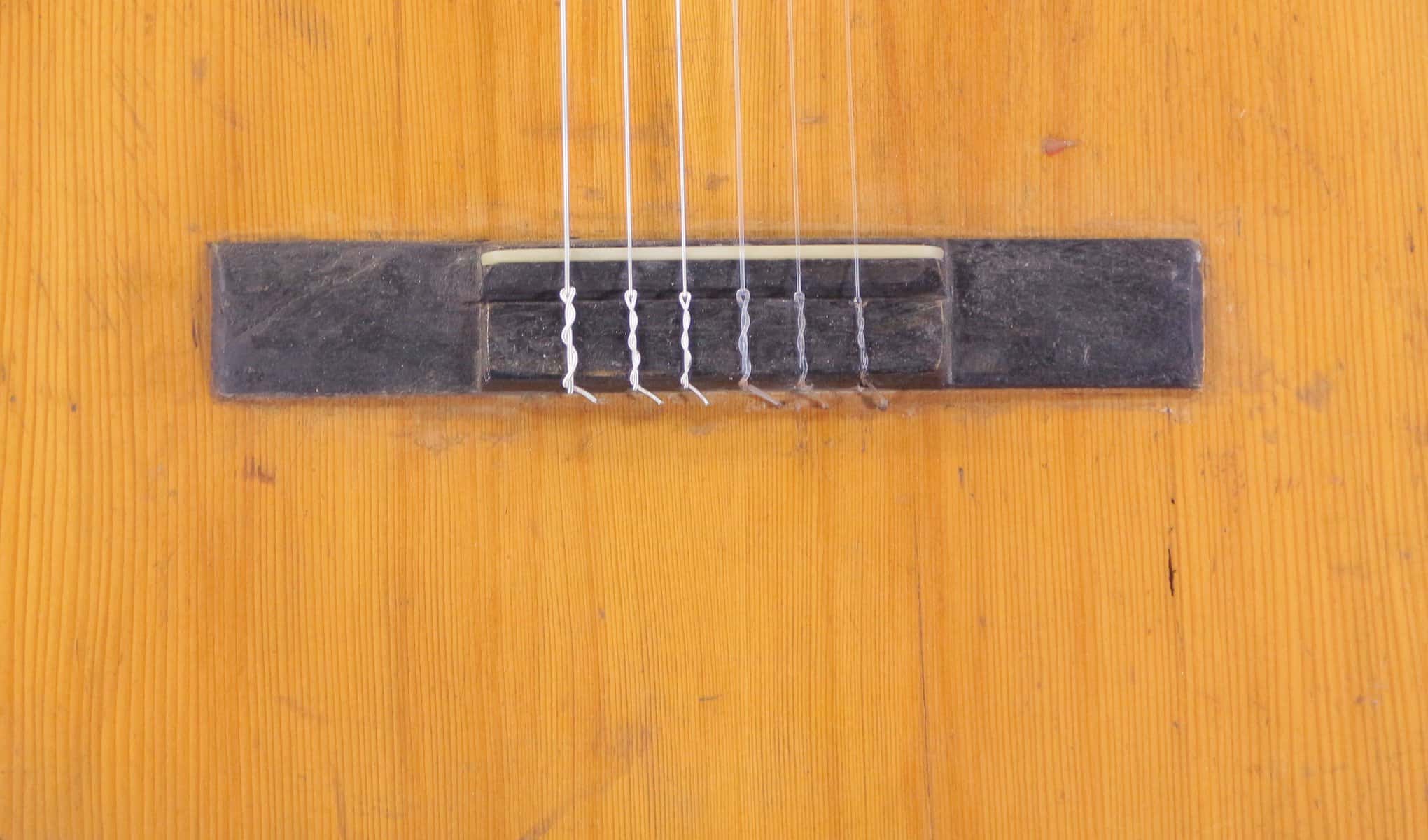 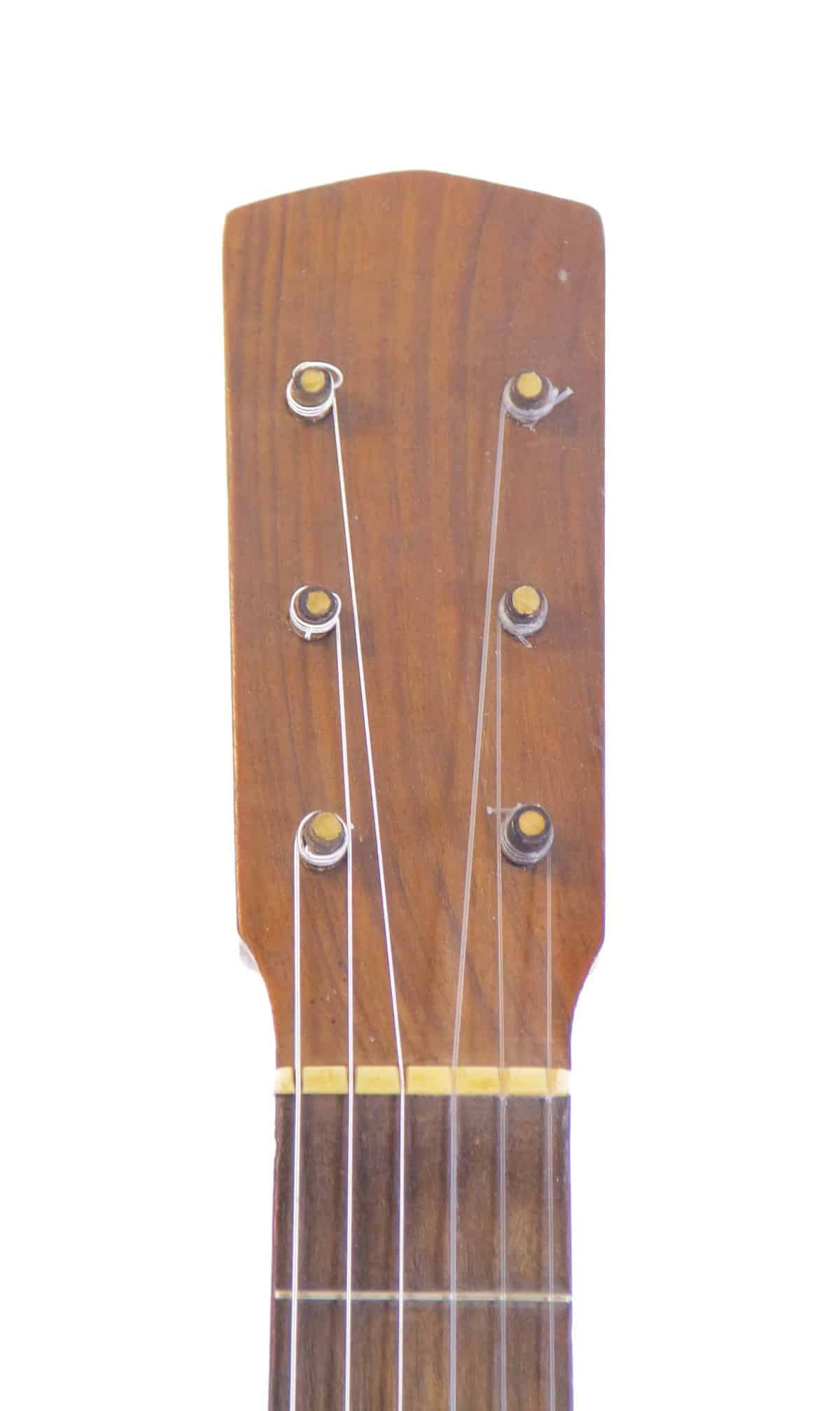 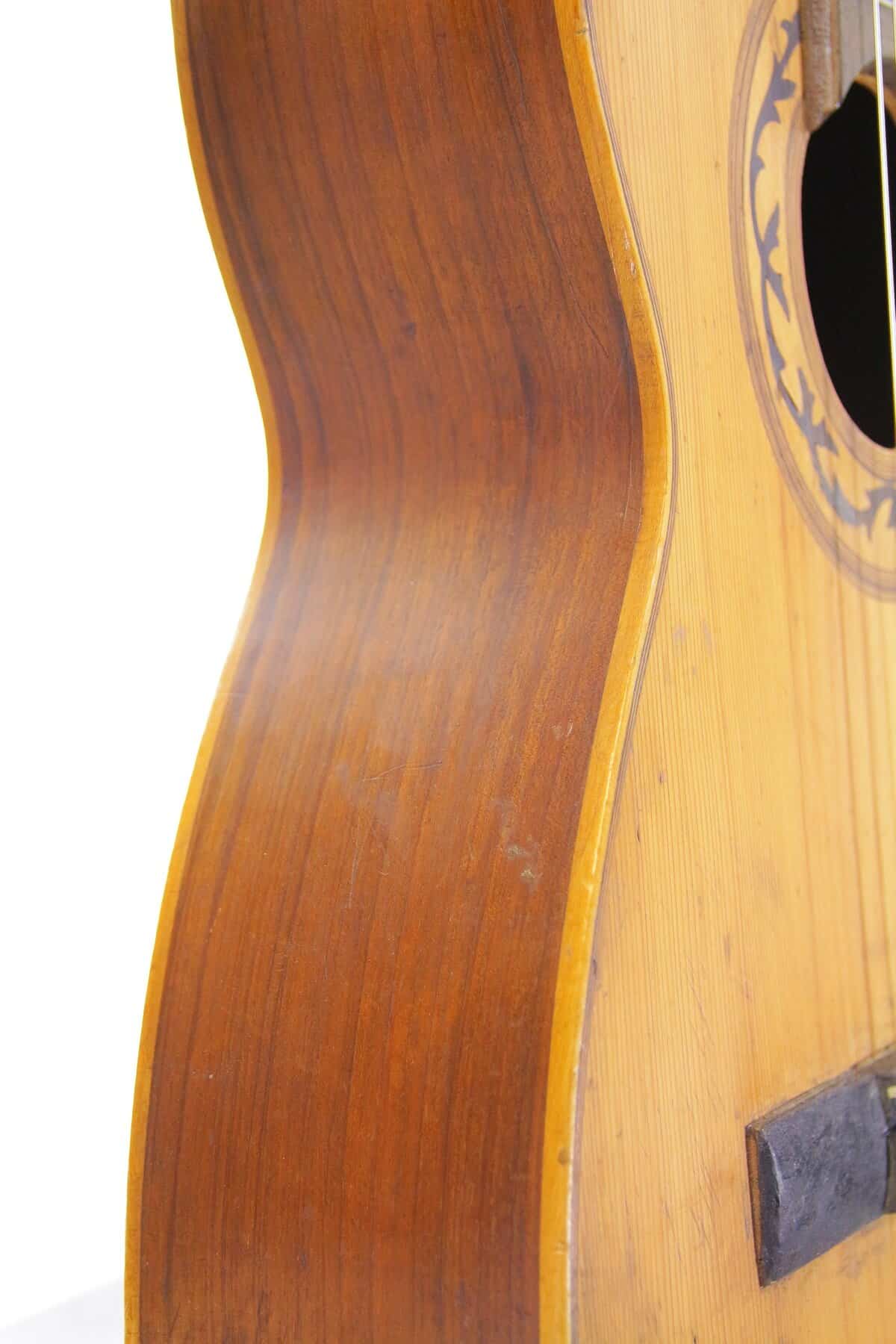 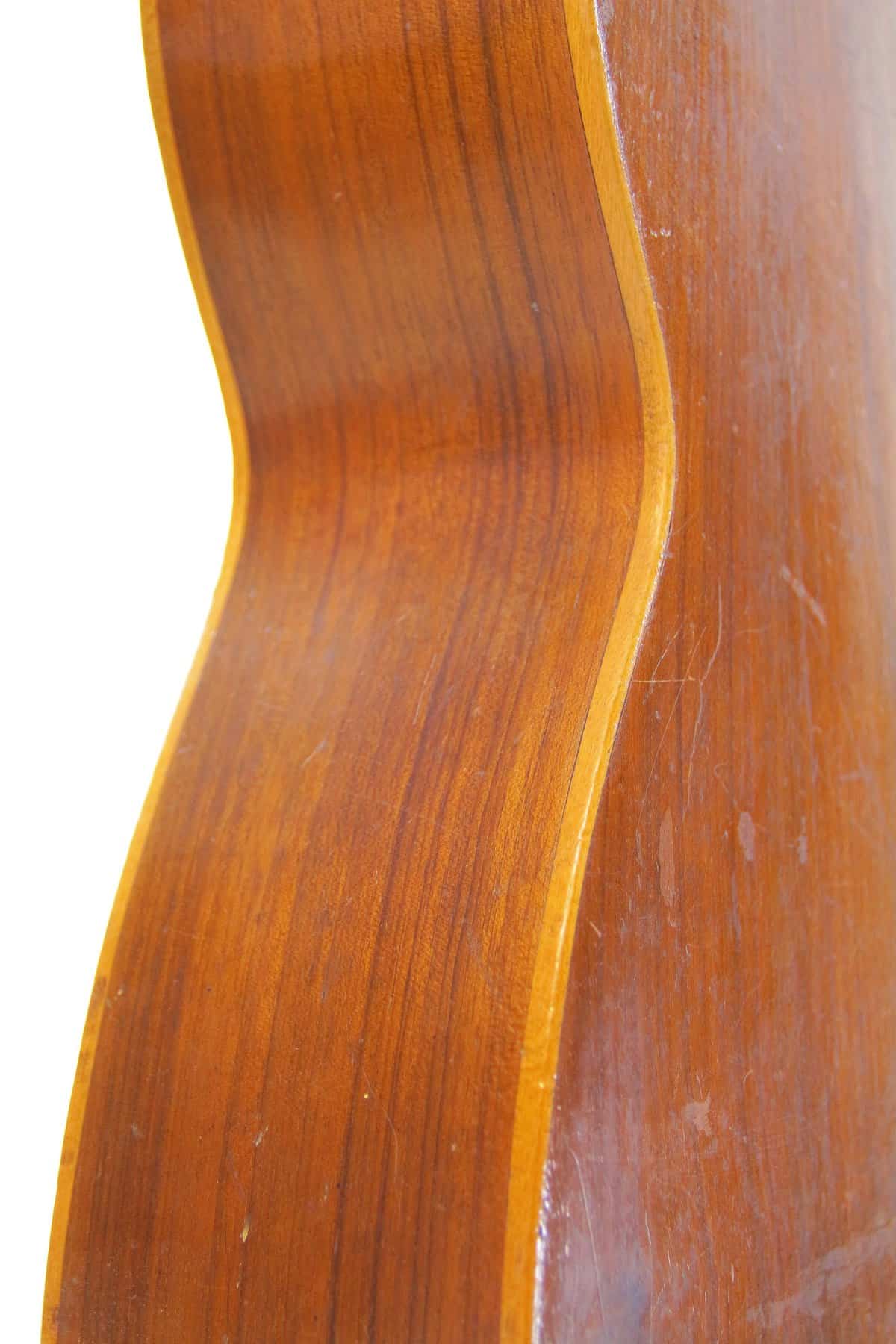 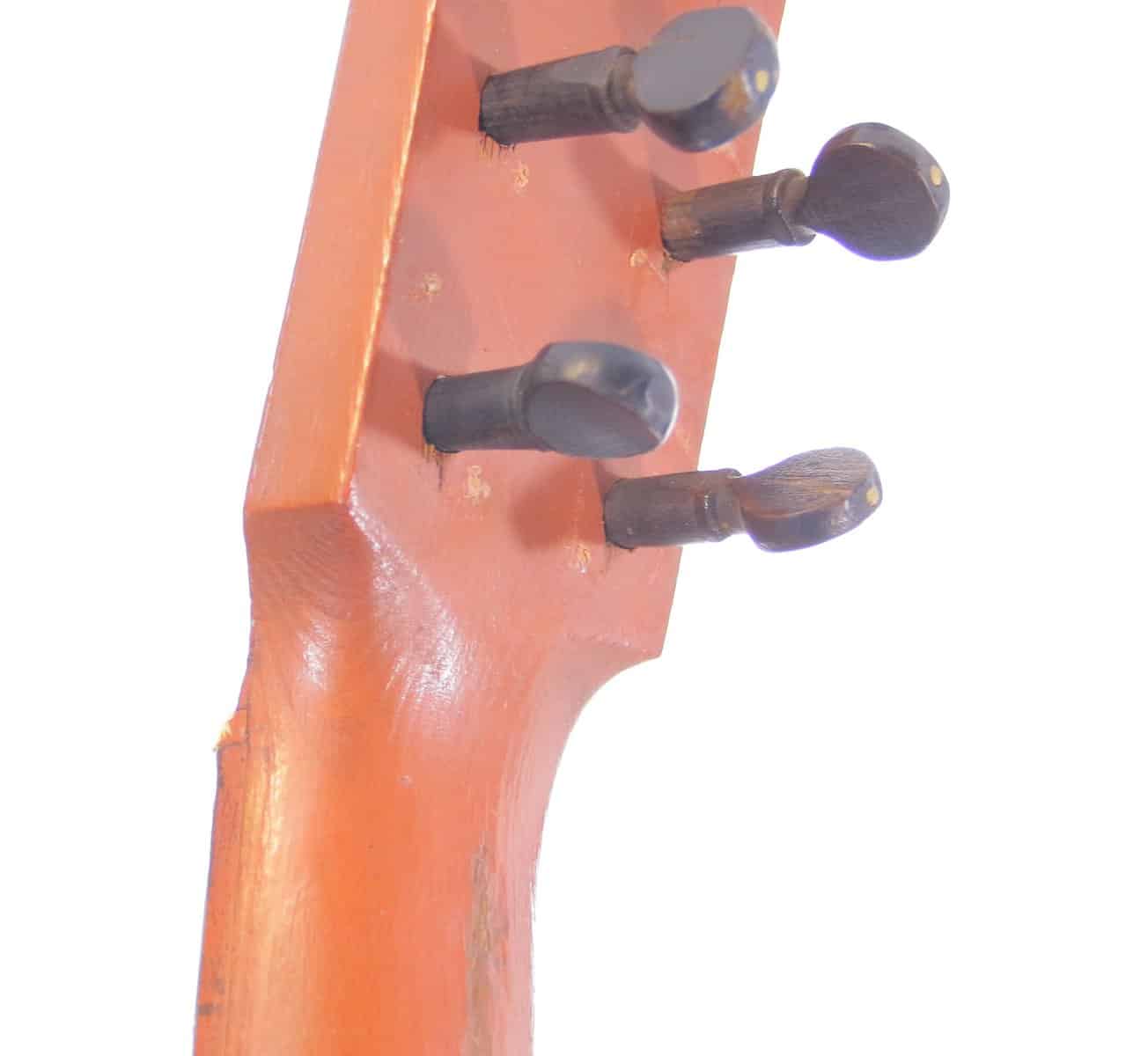 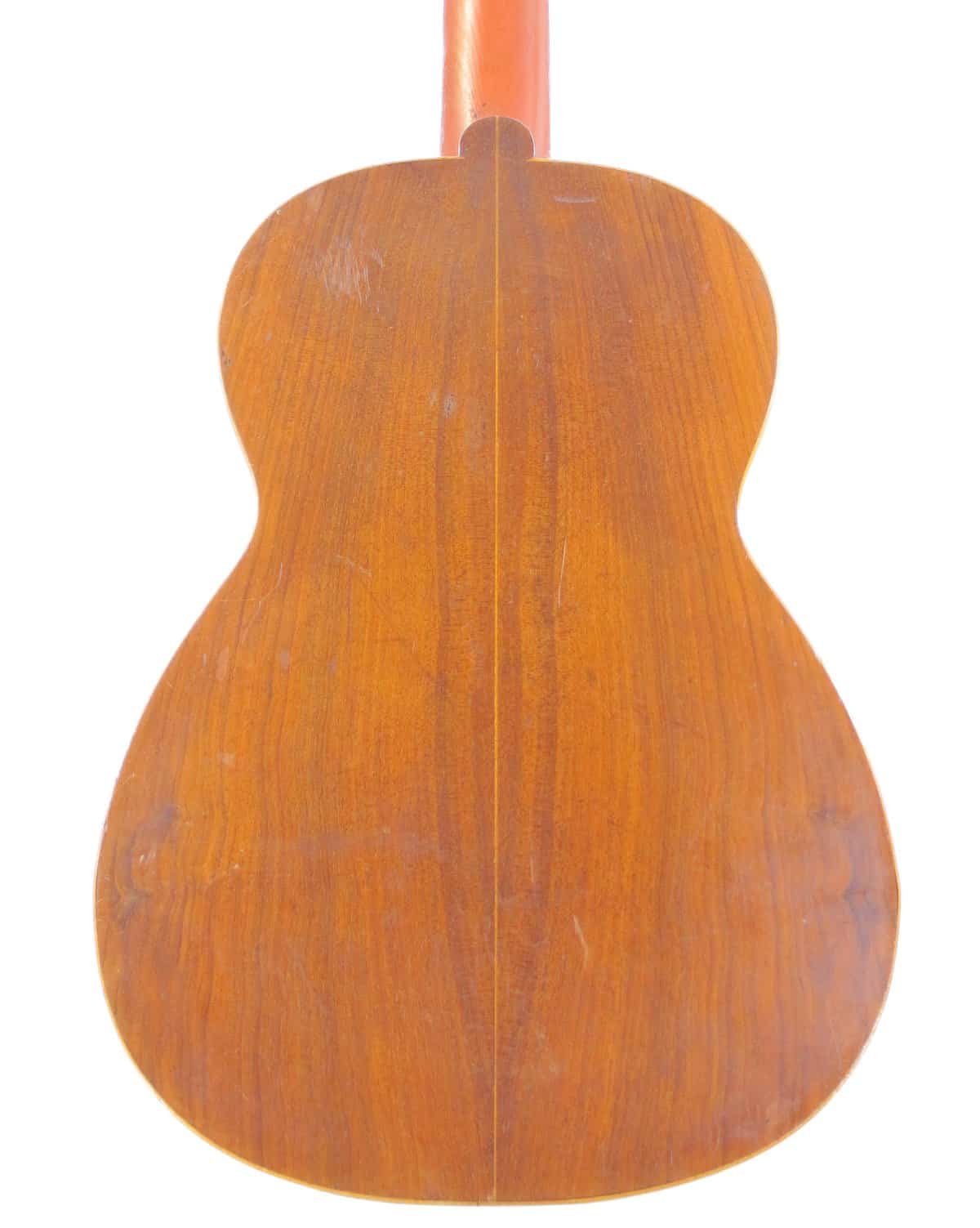 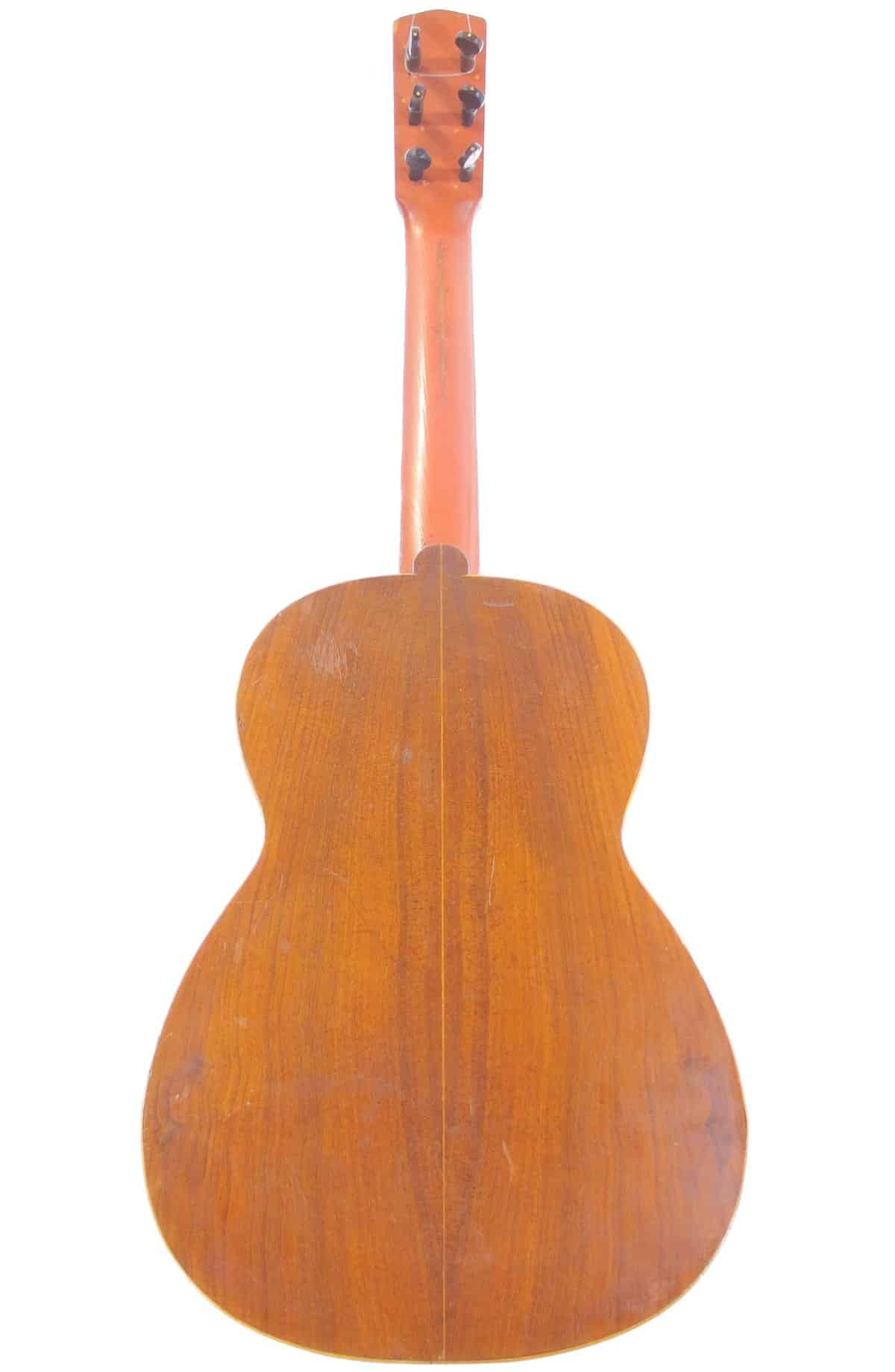 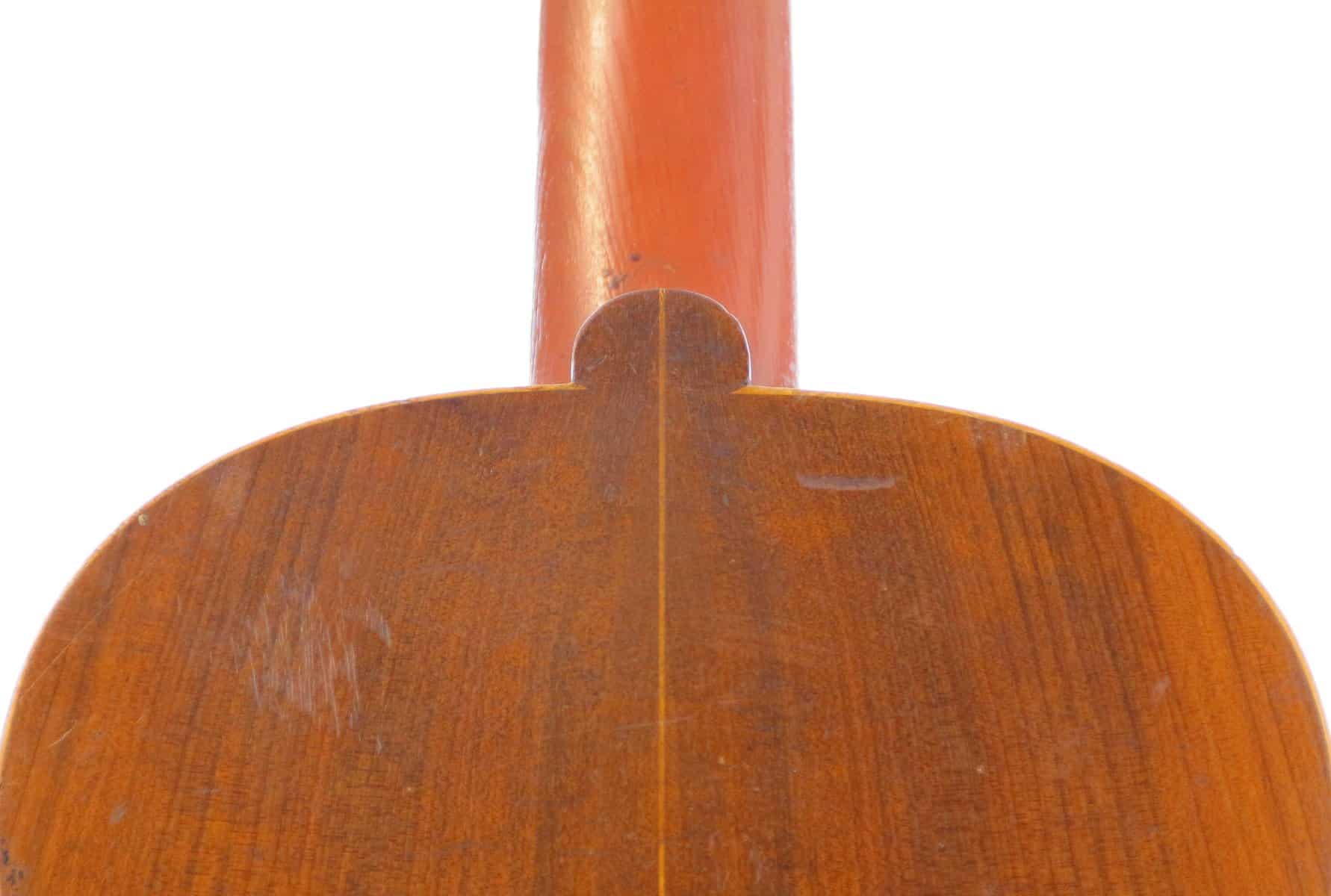 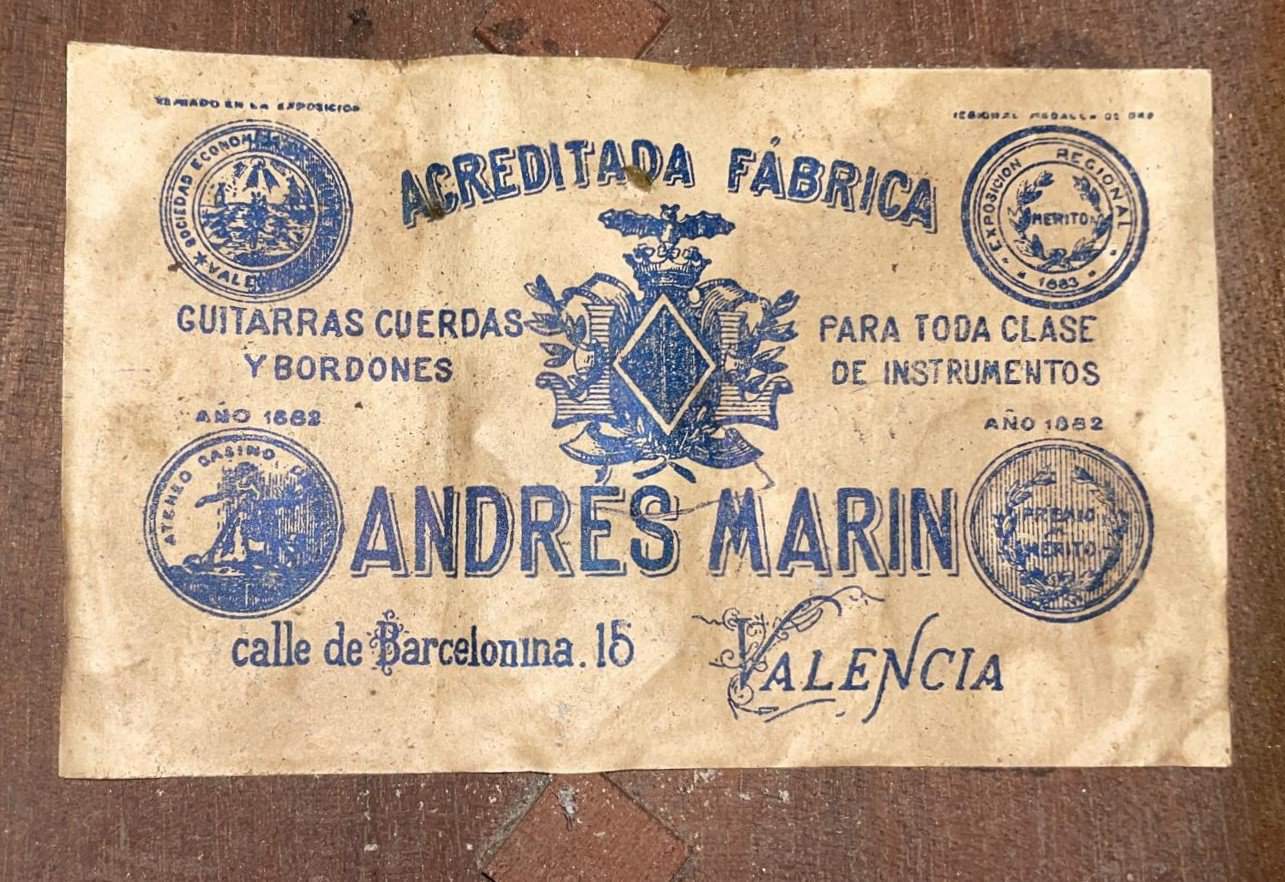 Very rare – this guitar is a unique piece built by the master Andres Marin (Valencia) – Augustin Barrios had such an Andres Marin guitar!

The government of Paraguay has used a similar guitar as a model for the production of the 50.000 Guarani banknote on which Barrios and his guitar is shown.
This is a beautiful decorated Andres Marin guitar, with a great sound!

This guitar is a masterpiece that was built with finest materials. It can probably be dated to the time around 1900. The top is of fine spruce and the back and sides of rosewood. The scale length is 625 mm and the nut width 52 mm.

It has a very clean, clear and pure quality to the sound, a very strong fundamental with very controlled overtones, and a very natural, “woody” quality of sound, very stylish, refined and alluring. The rich, played-in quality of sound is something that can only be found in an instrument of this vintage. In the hands, it feels very expressive and responsive to the most subtle of changes in the players touch. The sound is absolutely magical from the bottom-end to the highest registers.

The guitar is in a lightly restored and well playable condition – the condition is actually amazing for a guitar of this age.