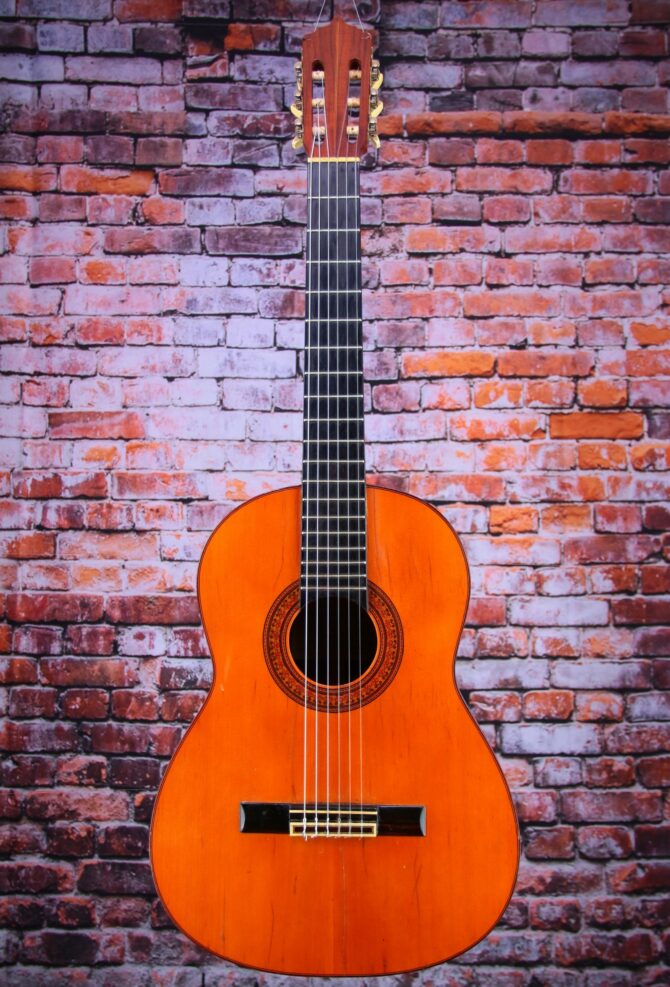 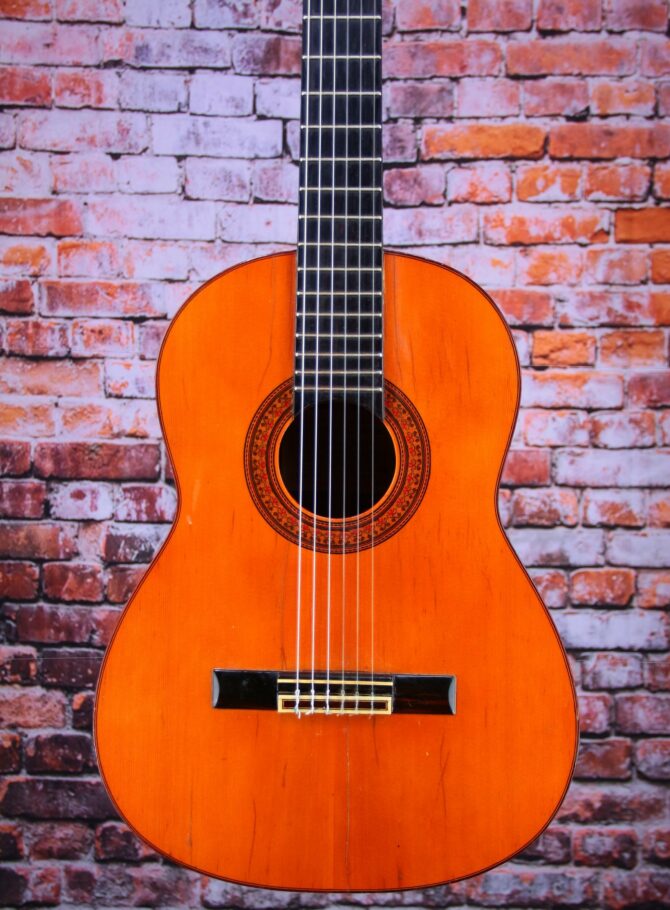 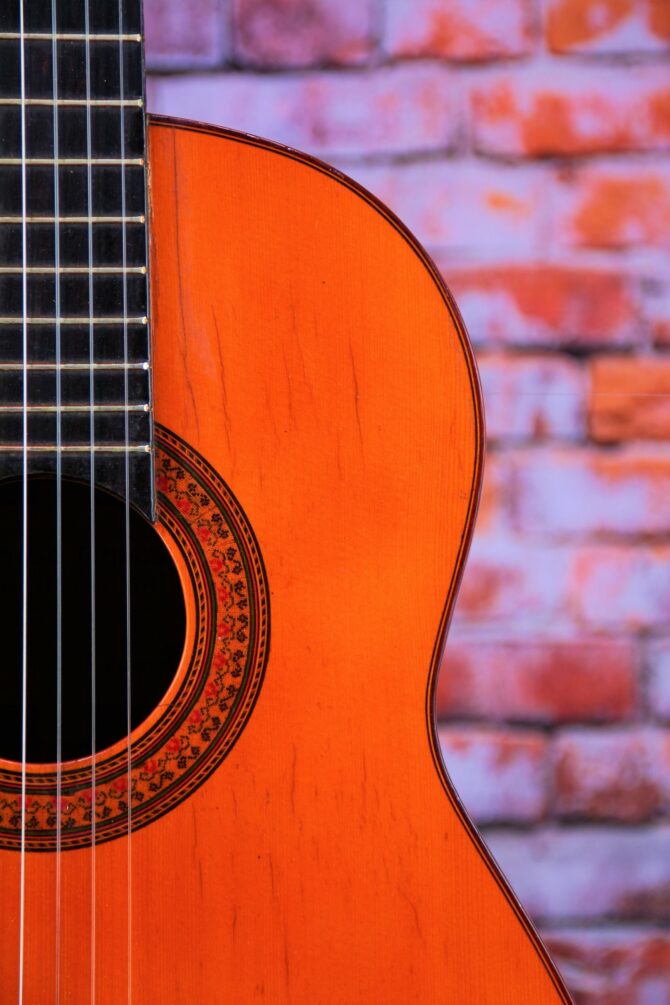 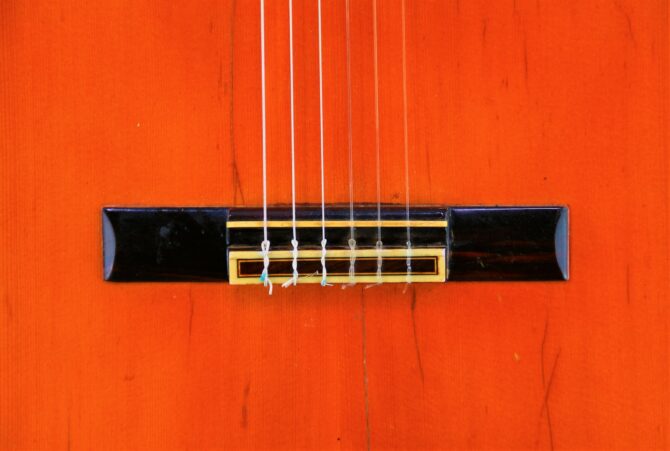 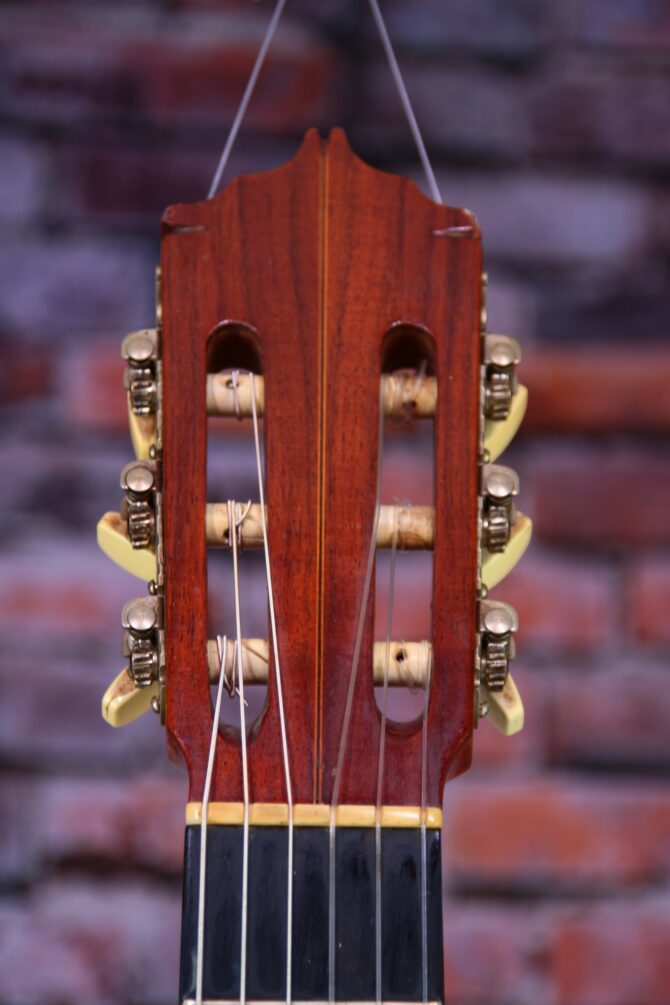 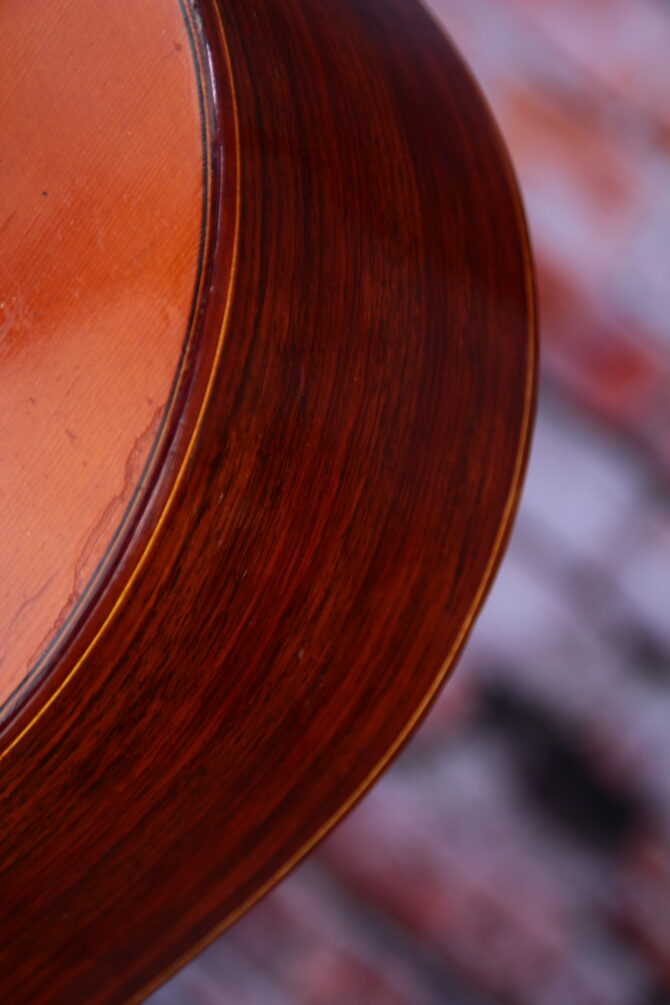 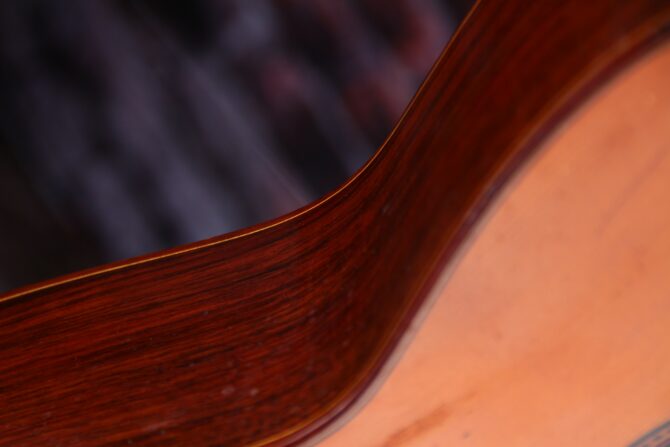 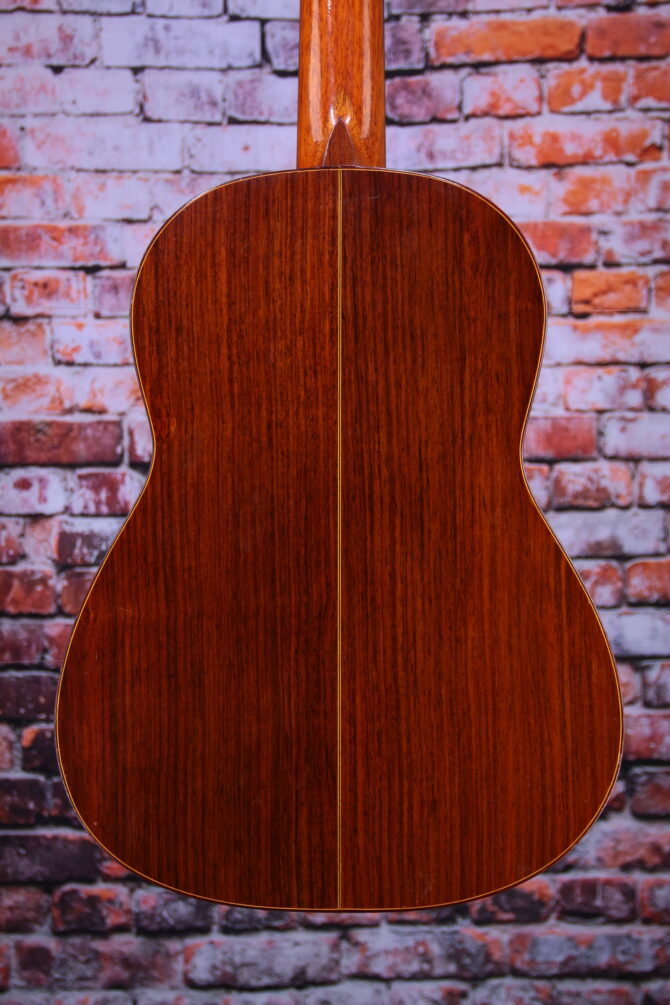 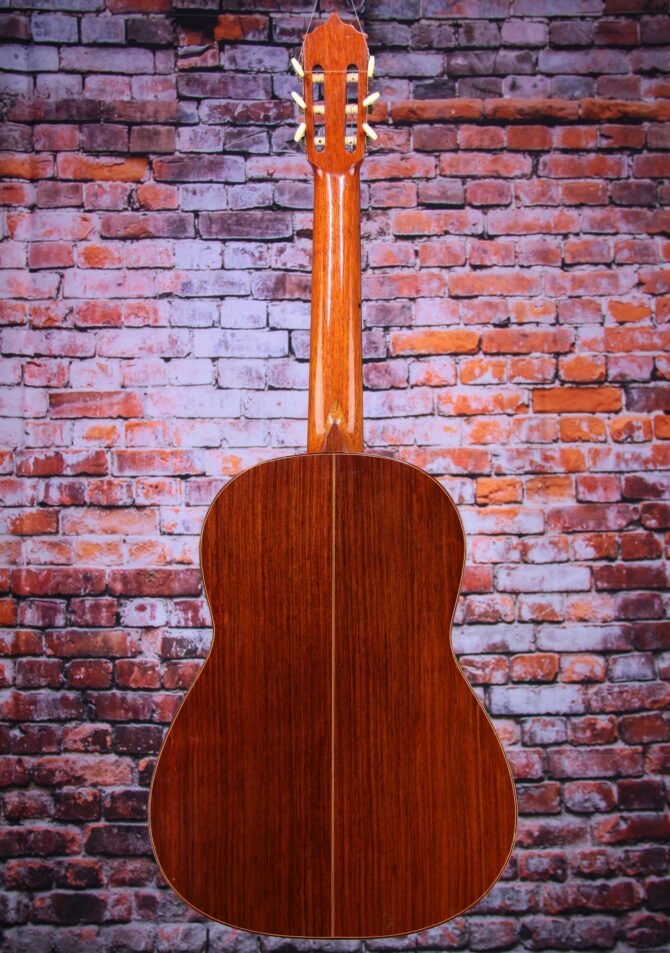 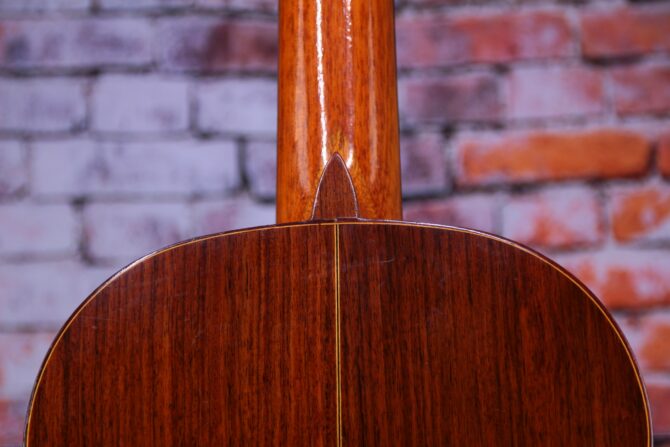 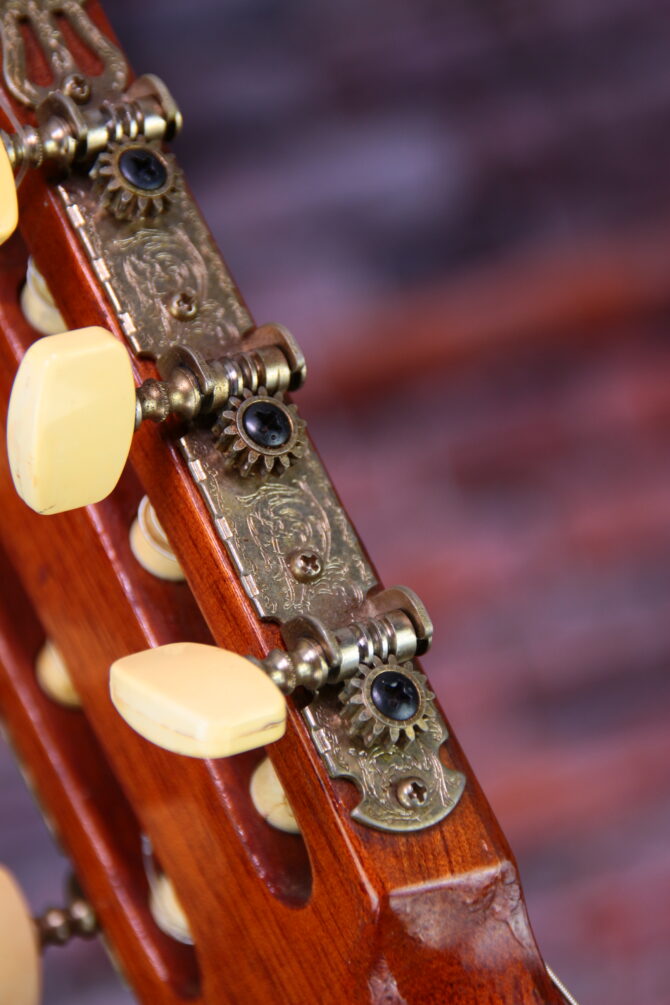 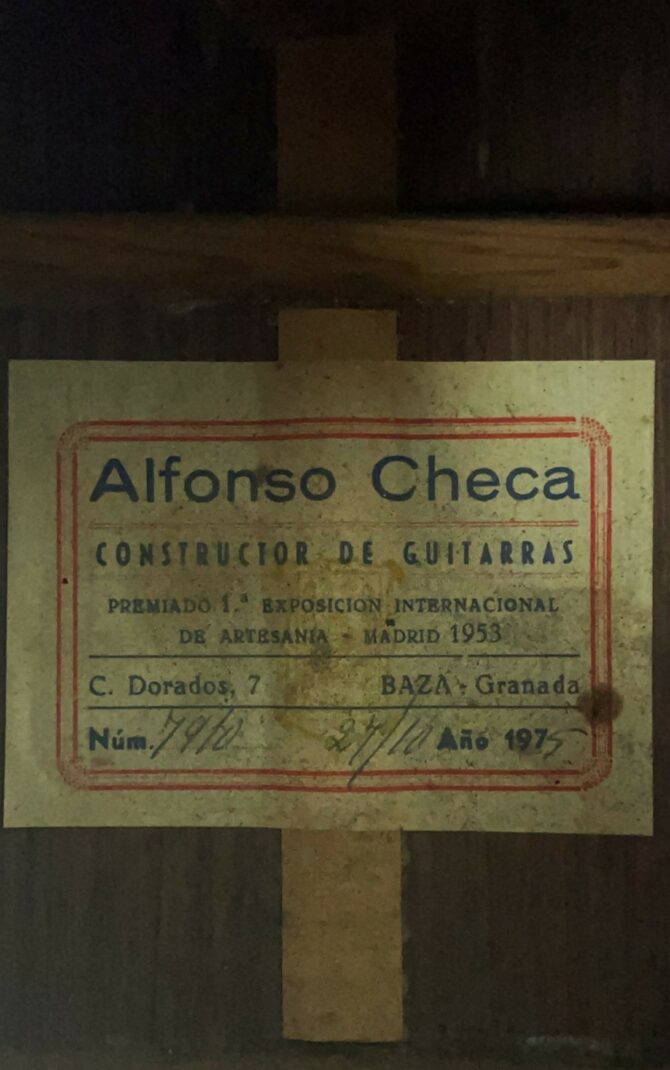 This classical guitar was built by Alfonso Checa in Baza (Granada) in 1975.

Alfonso Checa and the instruments of his studio were awarded with the gold medal at the international fair in Madrid (1953). Some years later at the exhibition in Ronda they received the highest prize as well. During his life he built guitars for Gerundino Fernandez and Antonio Marin Montero. He was very respected among the luthiers of Granada.

He taught his children, who continue his shop until this day.

This guitar was made of very nice wood. The top is made of German spruce, with a very high quality. The back and the sides are made of very fine rosewood.

The sound is outstanding. The basses have a very special depth and the trebles are very clear.
It has an absolutely charming classical sound and the soound has a very nice vintage timbre.
The scale length is 658 mm and the nut width is 52 mm.

The condition is very good and all original. It has some wear from use and age and 2 repairs.