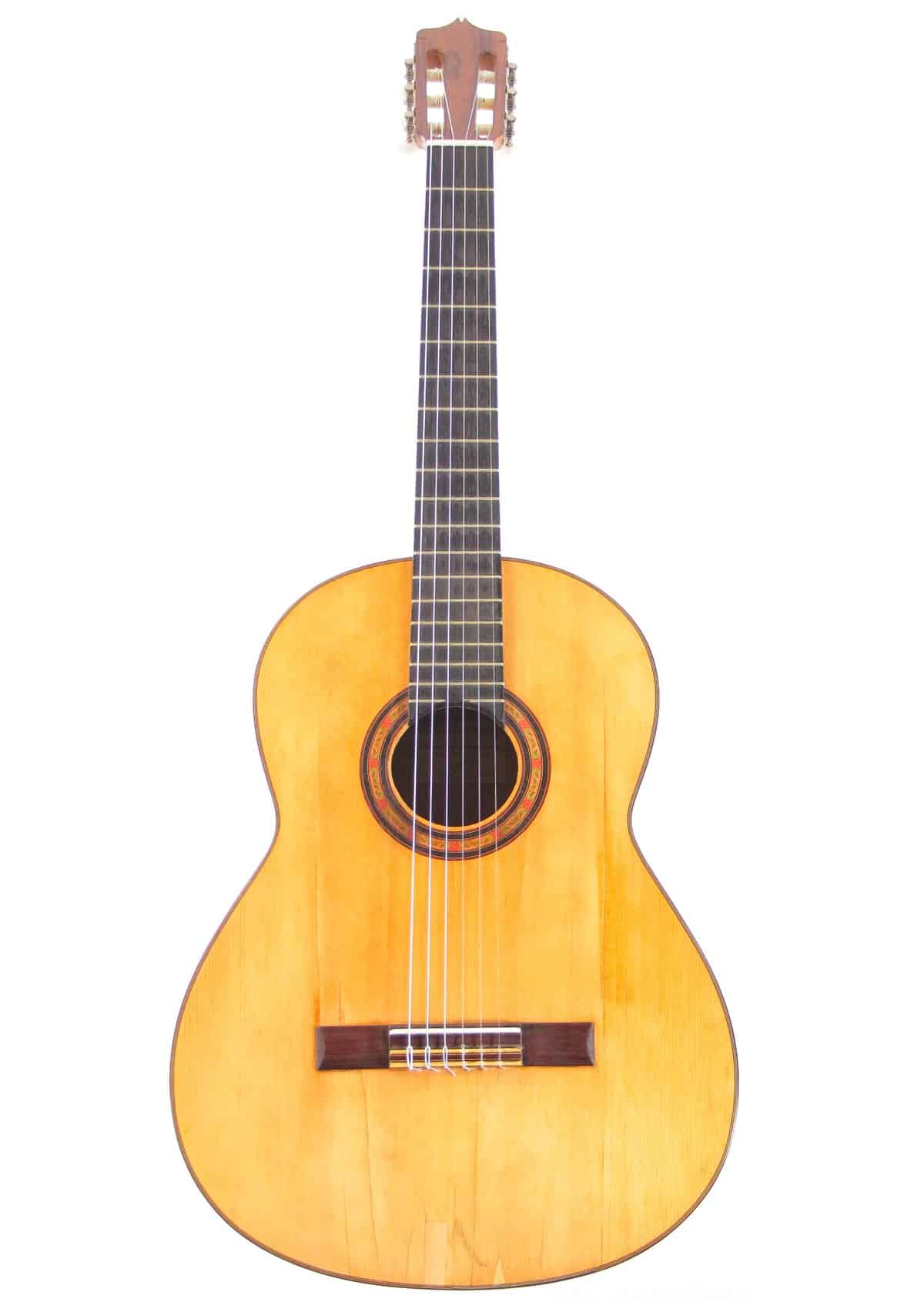 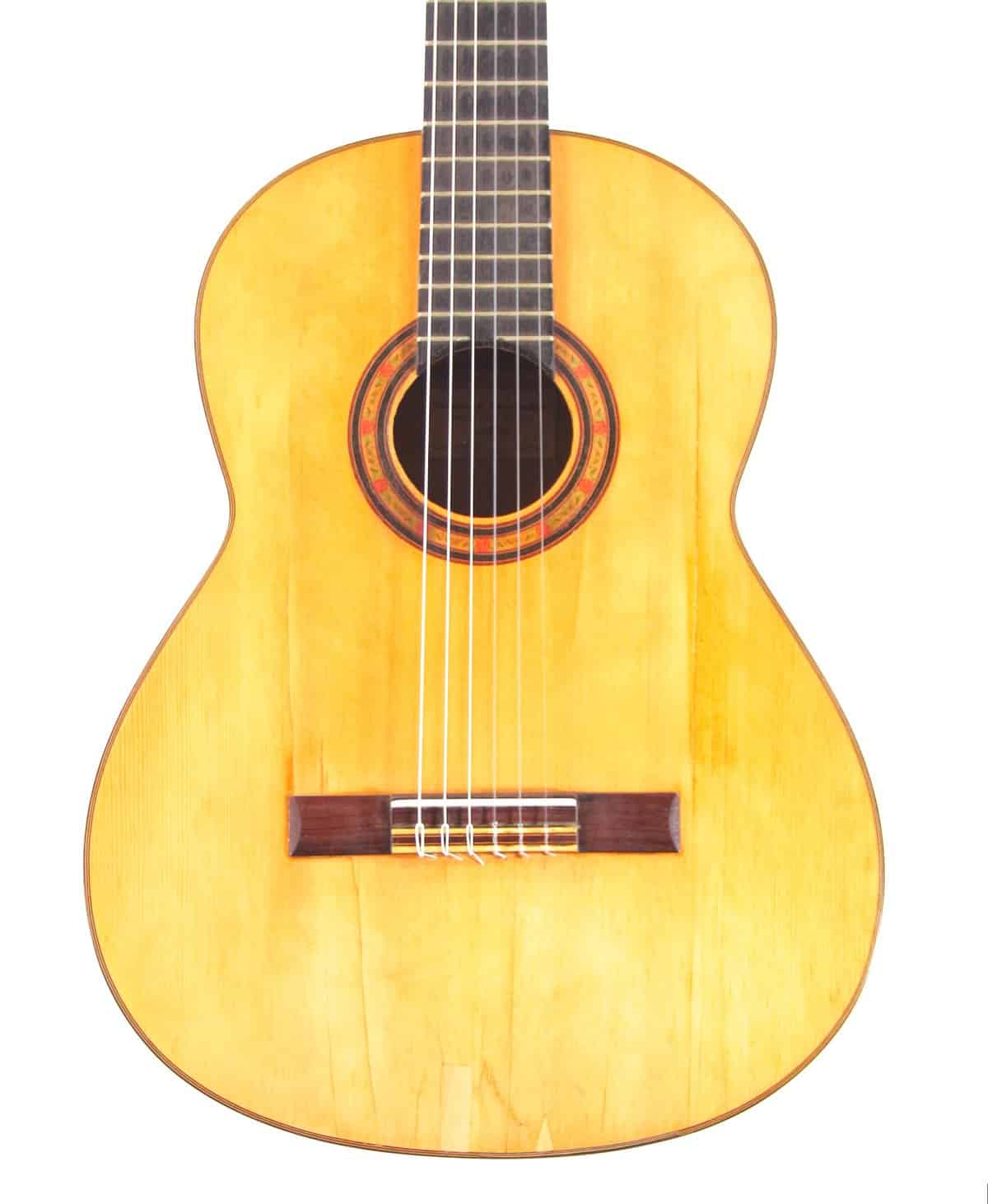 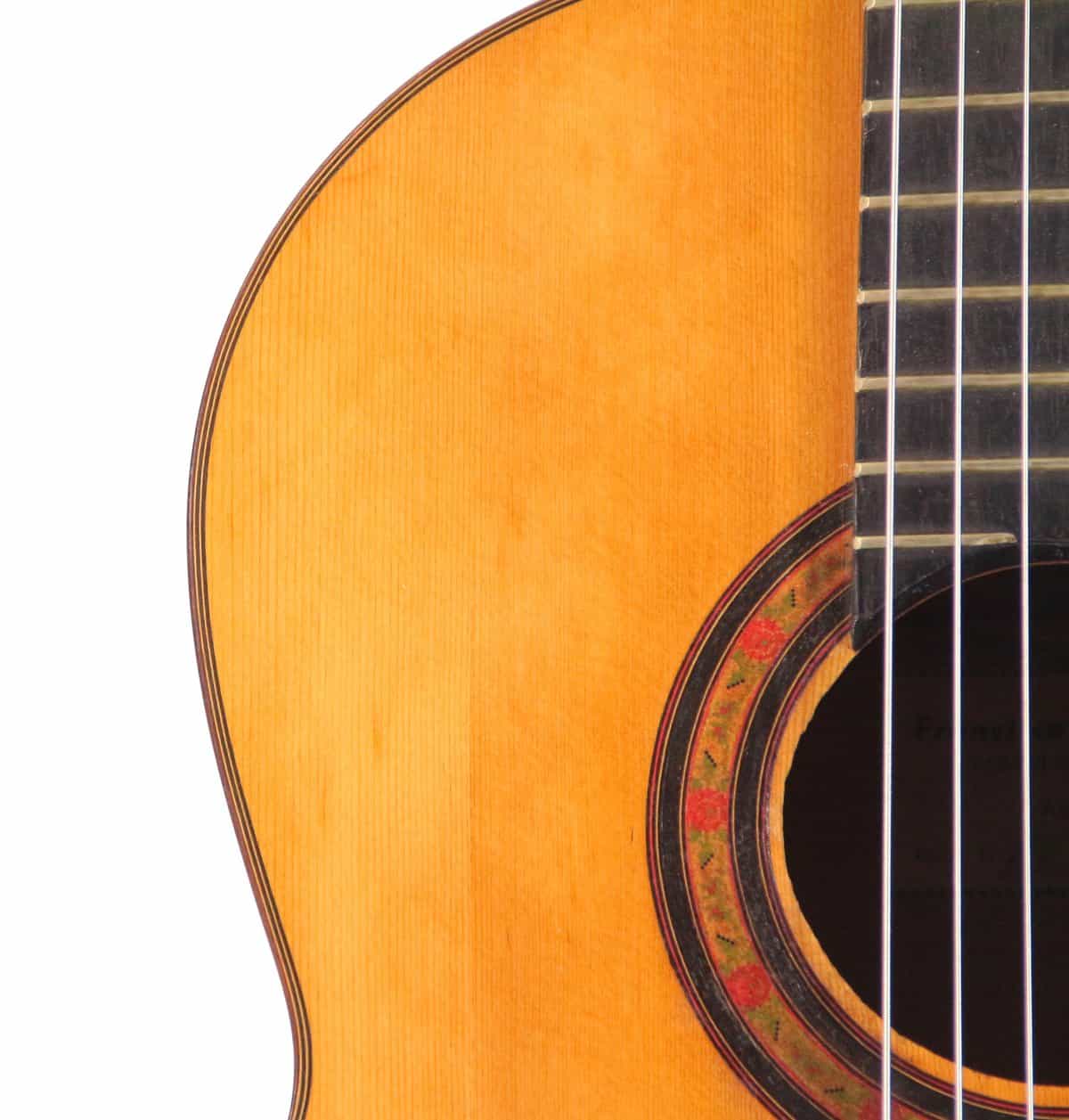 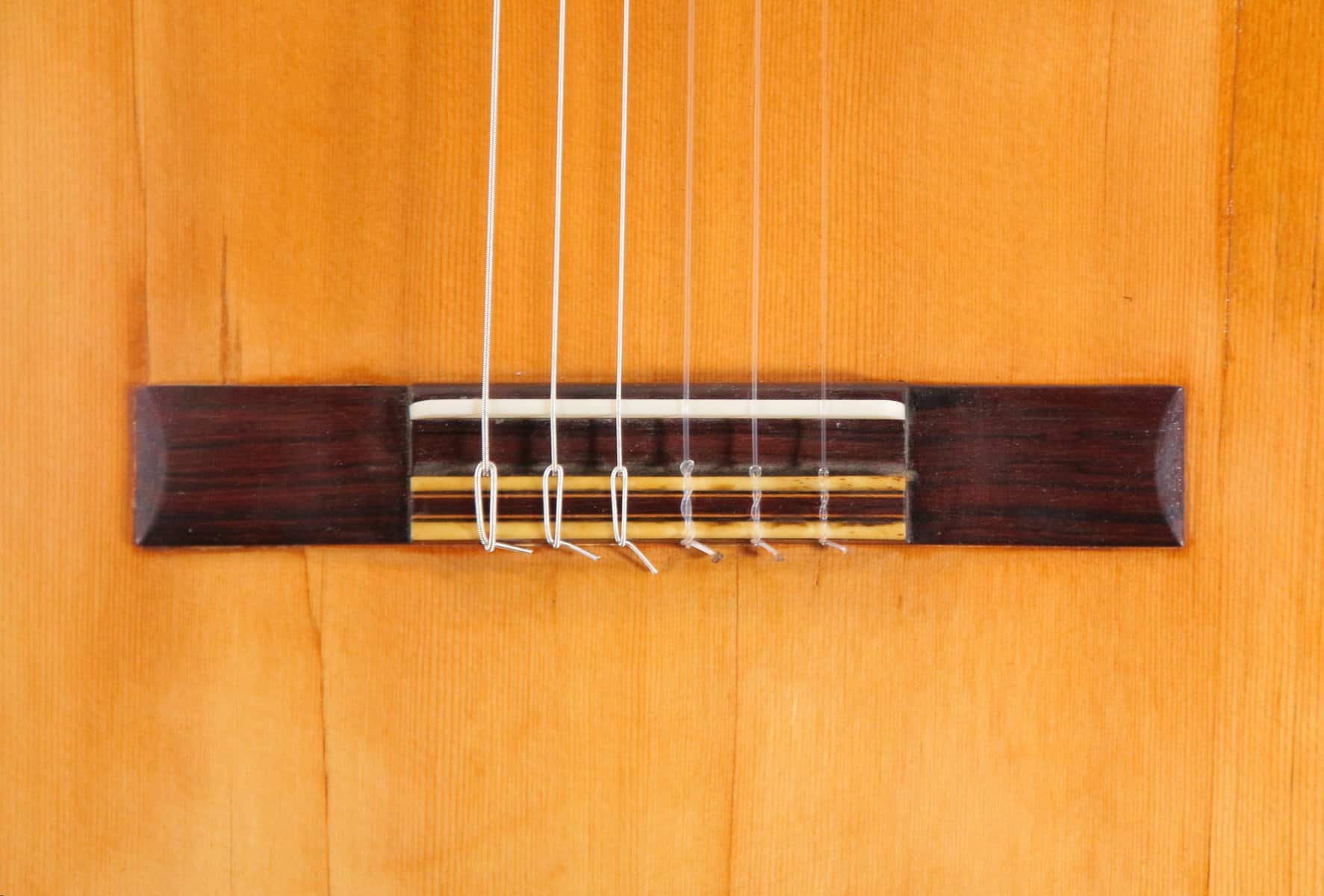 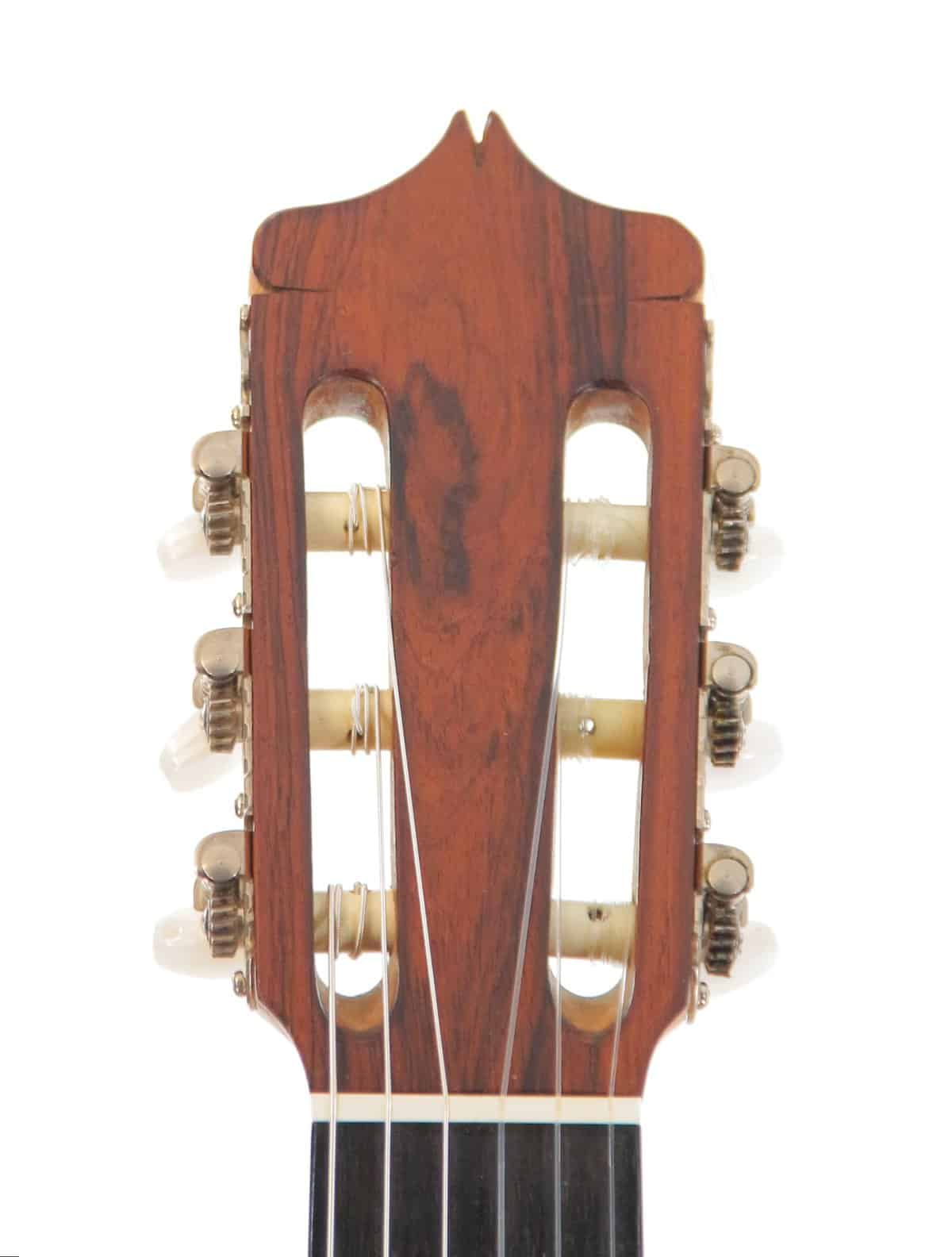 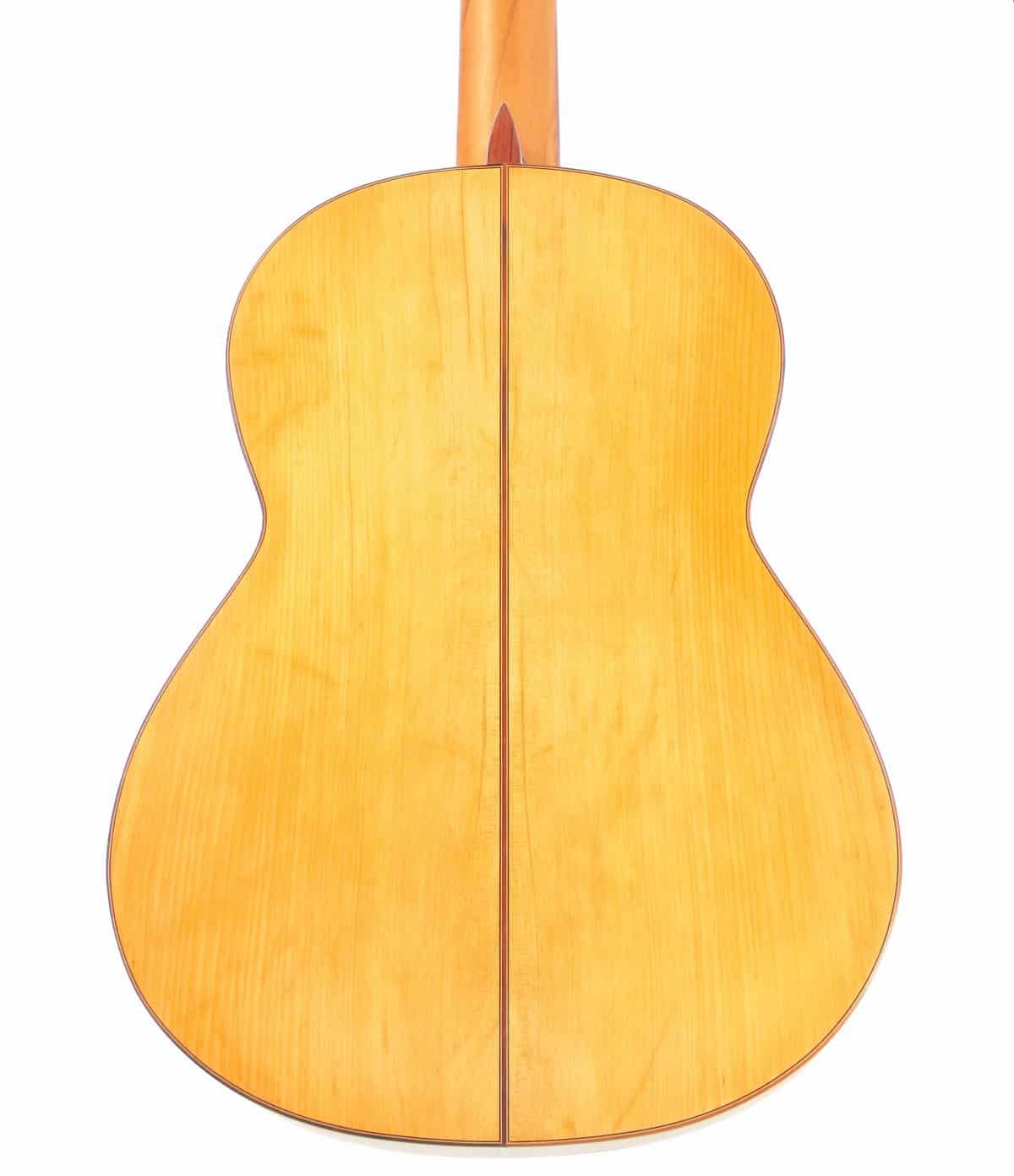 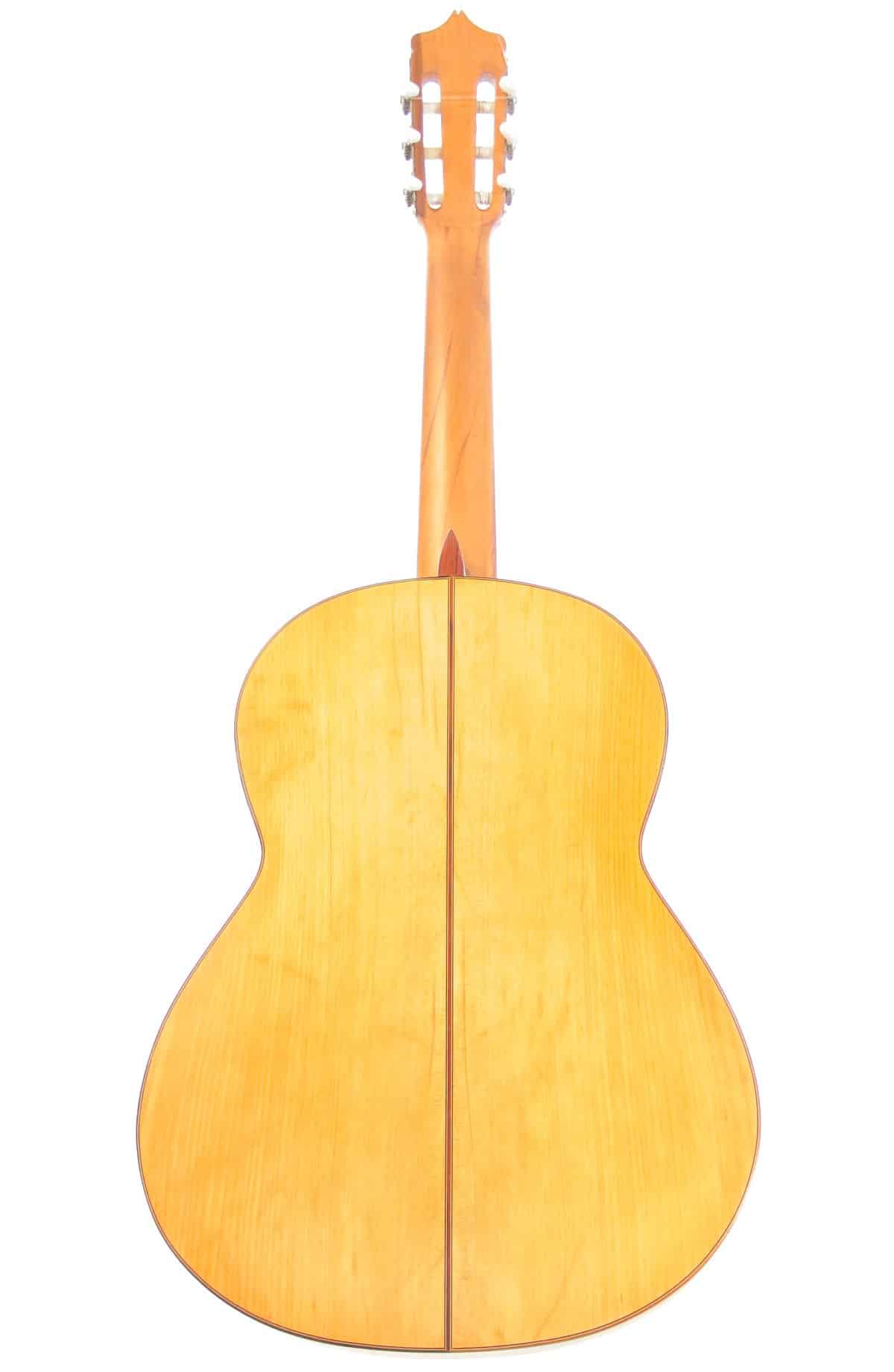 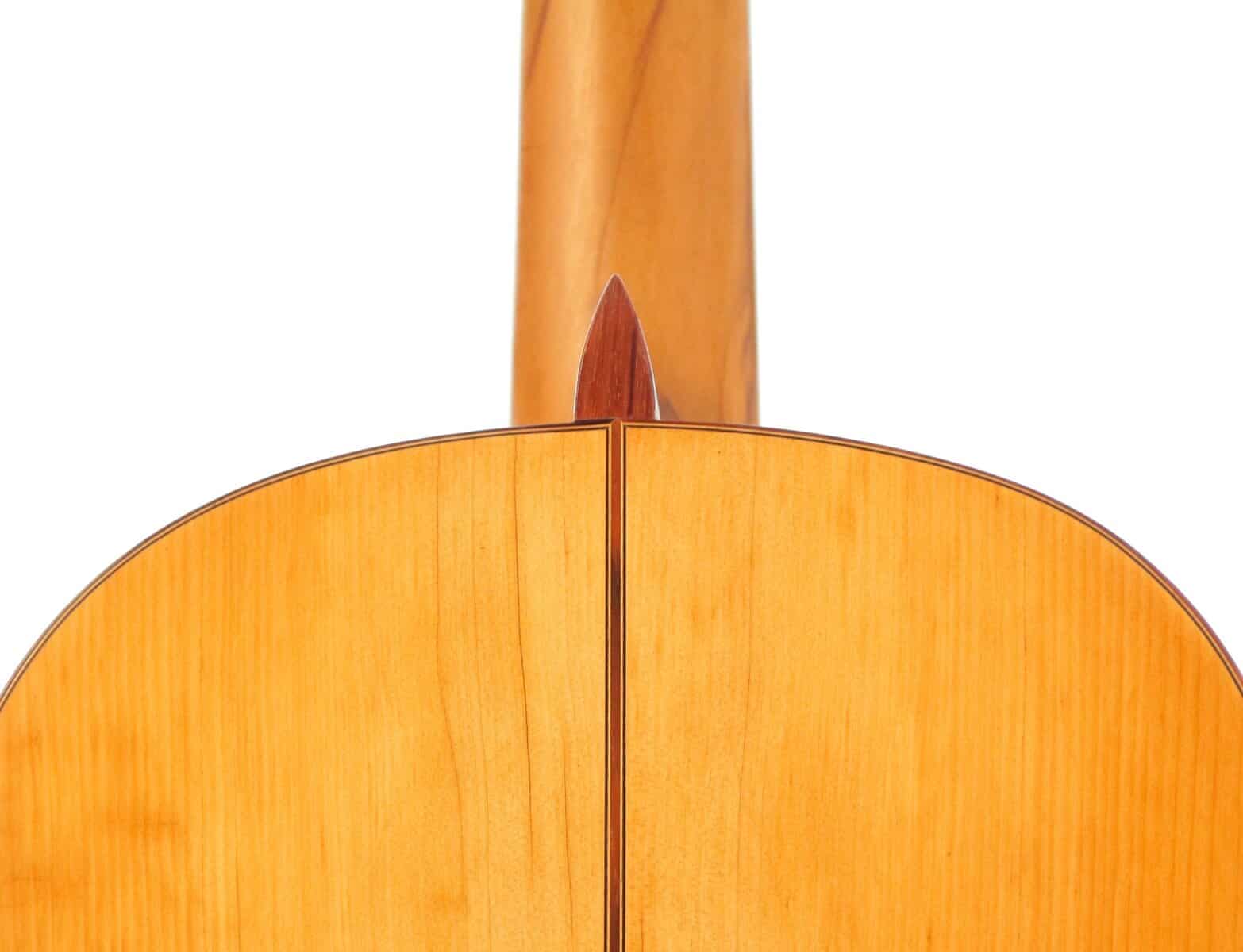 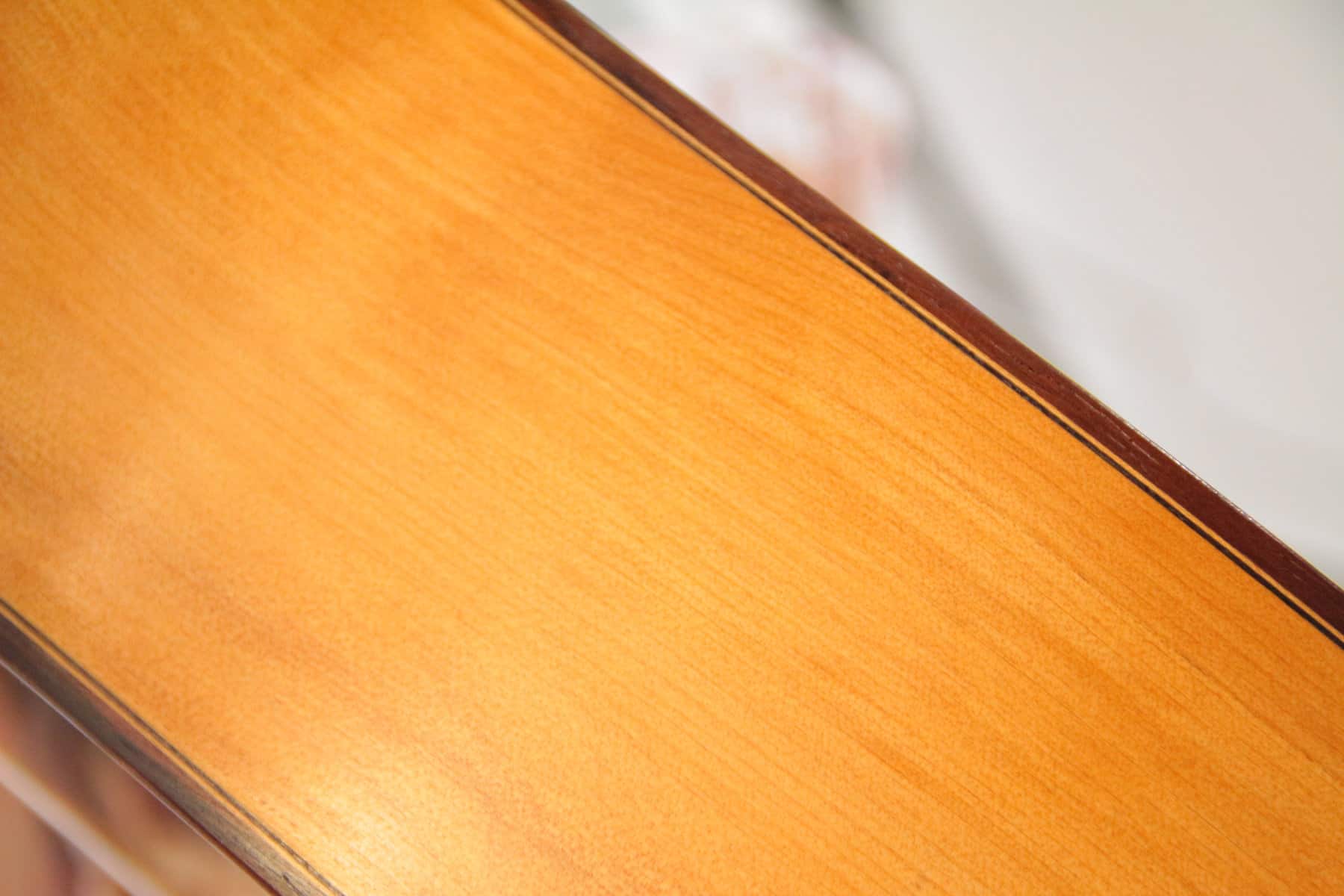 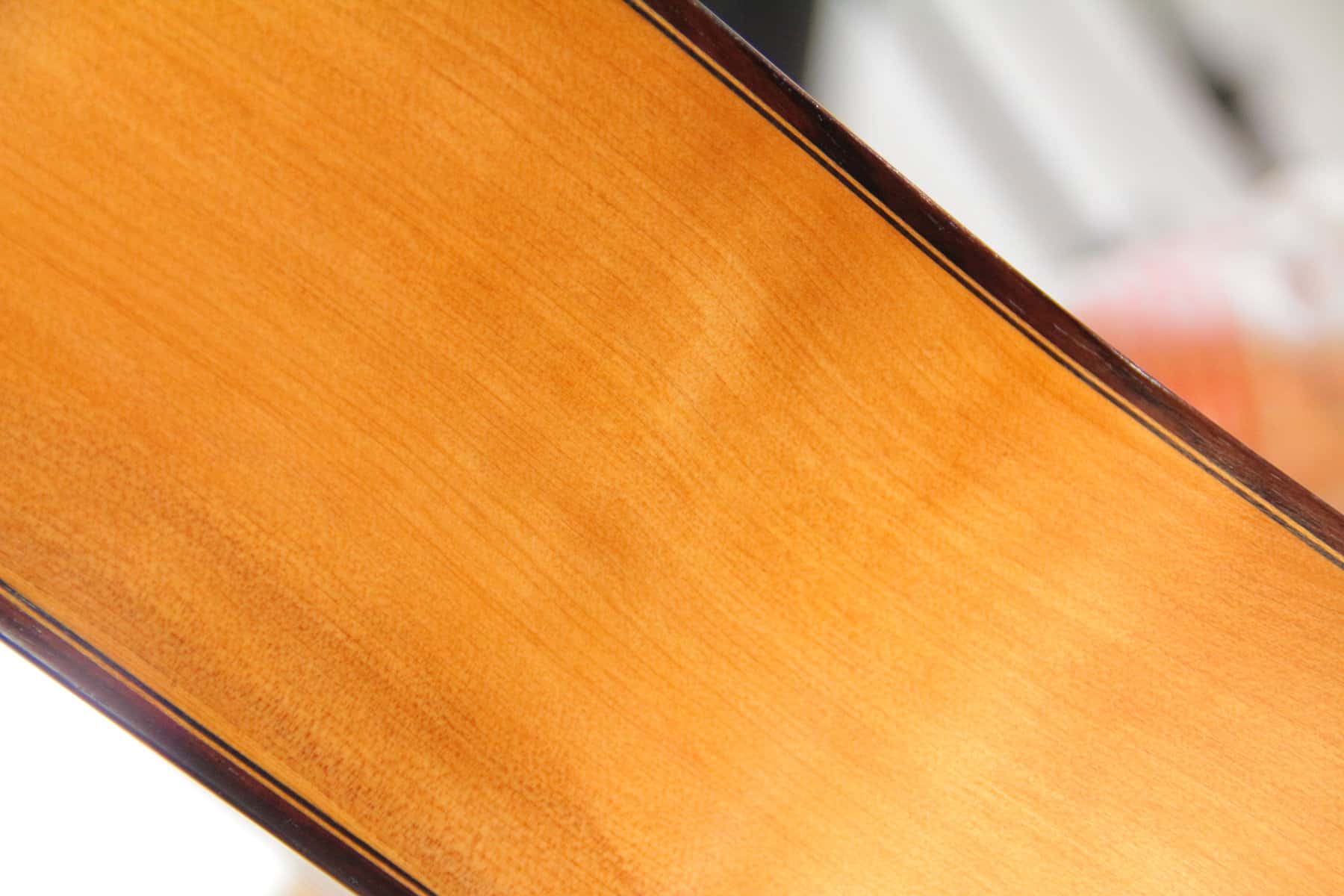 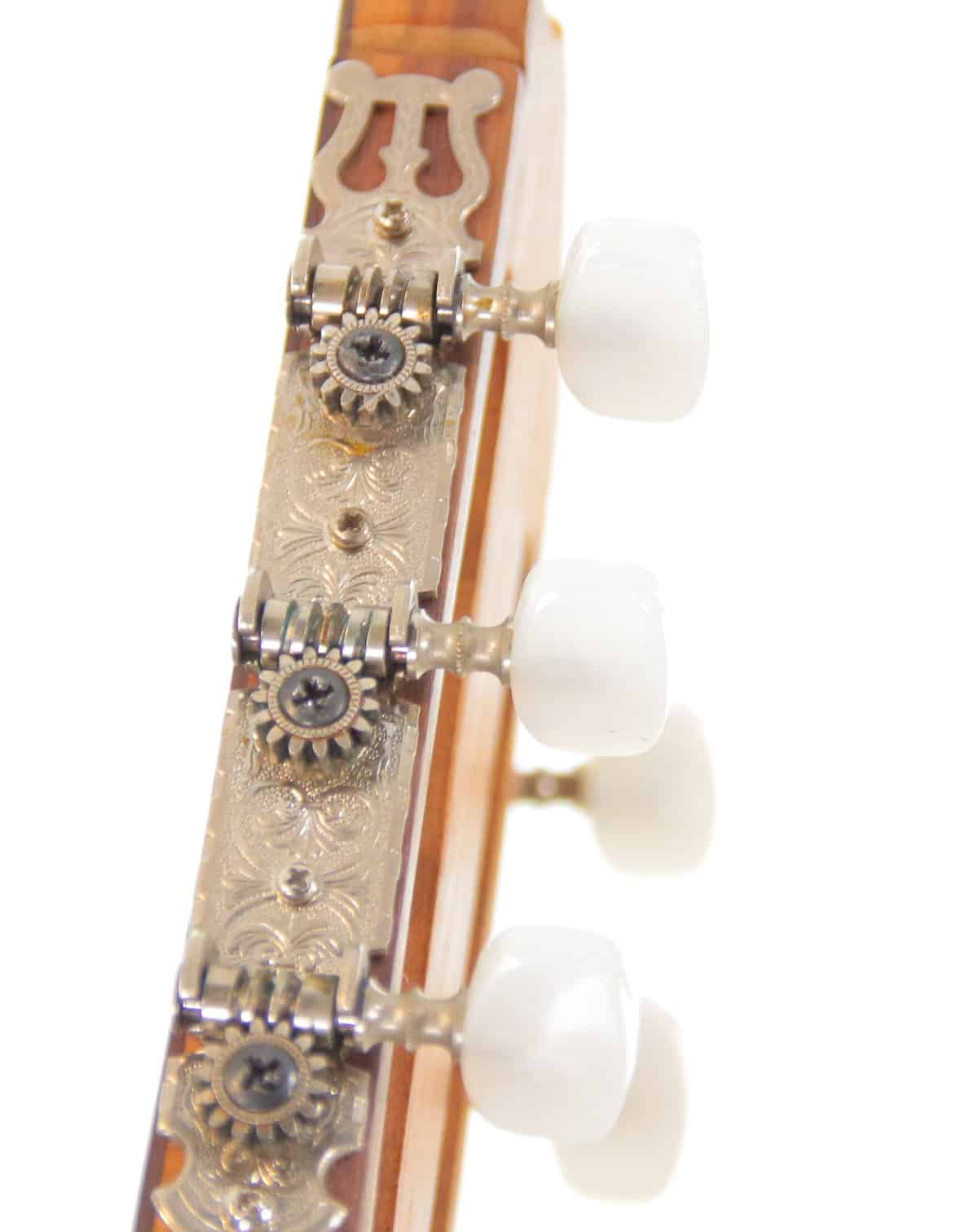 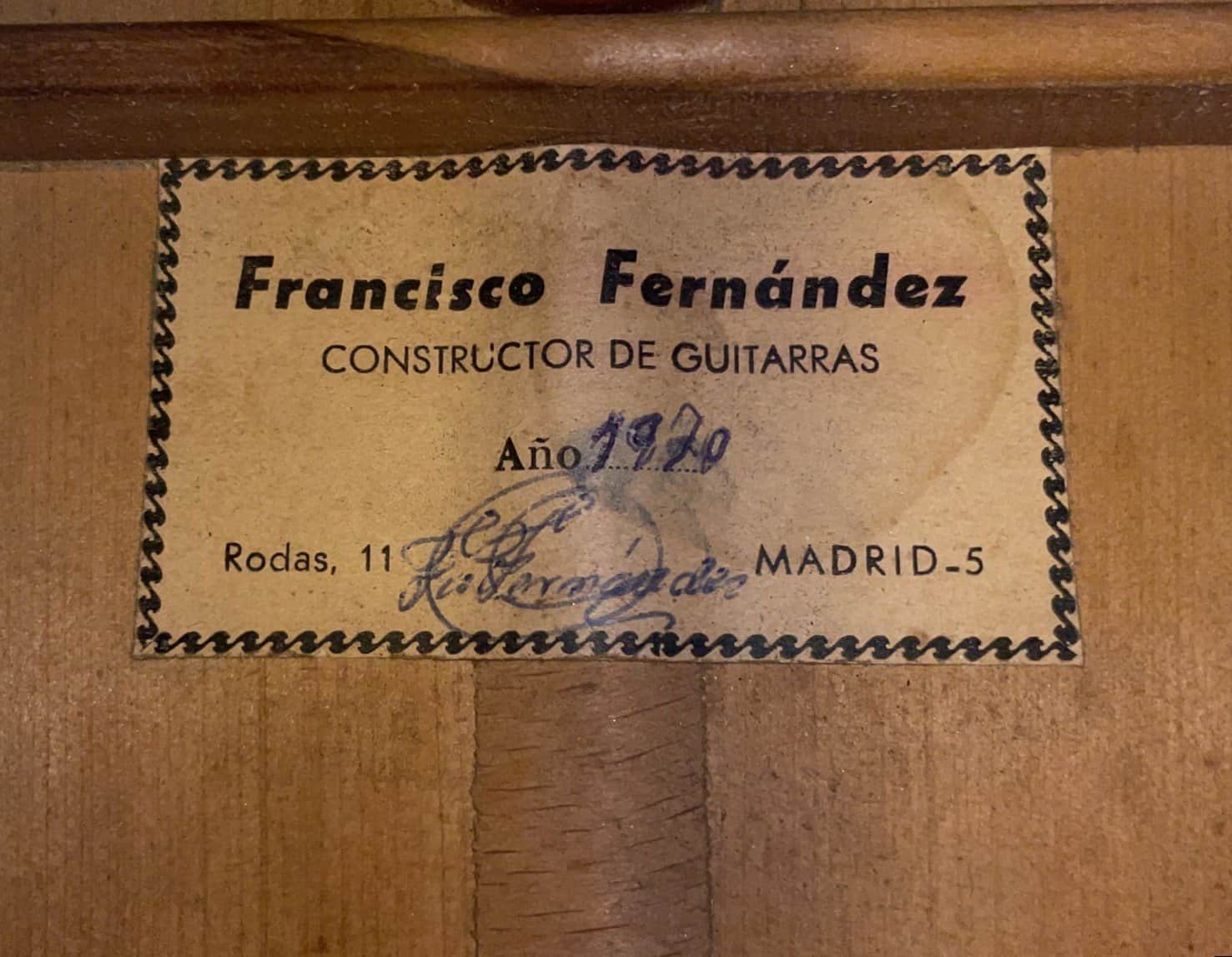 This guitar was made in 1970 by Francisco Fernandez Ruiz.

Although he was born in Baza, Granada in 1930, the family moved to Granada when he was still a boy. There he began his working life as an apprentice art conservator. However, after doing military service, he decided to become a guitar maker, and apprenticed with his brother-in-law, Manuel Martinez de Milan (1922-1967). In 1954, the brother-in-laws decided to move to Madrid, where they opened a workshop on the Calle Rodas 11 in the Rastro. Soon after, Miguel Robles (1902-1970) another builder from Granada joined their workshop, working there till about 1958. The brother-in-laws continued to share this workshop until about 1964.
At this point, Francisco decided to go to work for the widow of Santos Hernandez, Dona Mitilde Ruiz Lopez, in the workshop on Aduana 23. Manuel then went to Paris, where he worked until he died.
Francisco Fernandez Ruiz guitars have enjoyed a certain prestige, and won a medal in the International Chicago Exhibition in 1962.

This flamenco guitar was entirely handmade and built in the style and tradition of Santos Hernandez. It has a spruce top and cypress back and sides. The scale length is 660 mm and the nut width 52 mm.

It falls into our special category: Players dream and collectors nightmare. It shows a huge amount of wear from play and use all around and has also received some repairs. On the other hand it plays and sounds like a champ and definitely has the sound of a guitar from the great Madrid makers: Santos Hernandez, Modesto Borreguero, Arcangel Fernandez, Marcelo Barbero … we have had all these guitars and know what we are talking about!

The sound of this guitar is bold and loud. It has a very clear and detailed tone with a lot of quality and fine timbres.
Its enormously powerful and has a great dynamic – a lot of fun to play this cool guitar.
The sound quality can be described as a bit mystical with magical attraction. The guitar fills the entire room with the most beautiful tones and impresses with a breathtaking variety of timbres. An absolutely noble instrument on concert level – very finely built for highest tonal demands.

The guitar has been professionally restored and is 100% ready to play. It comes with a new case.