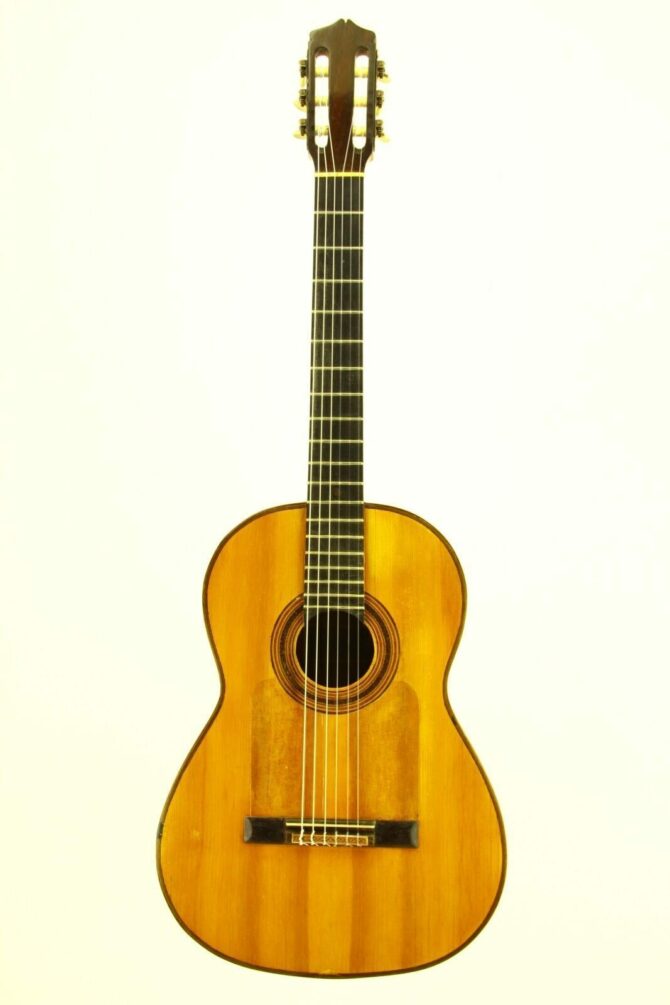 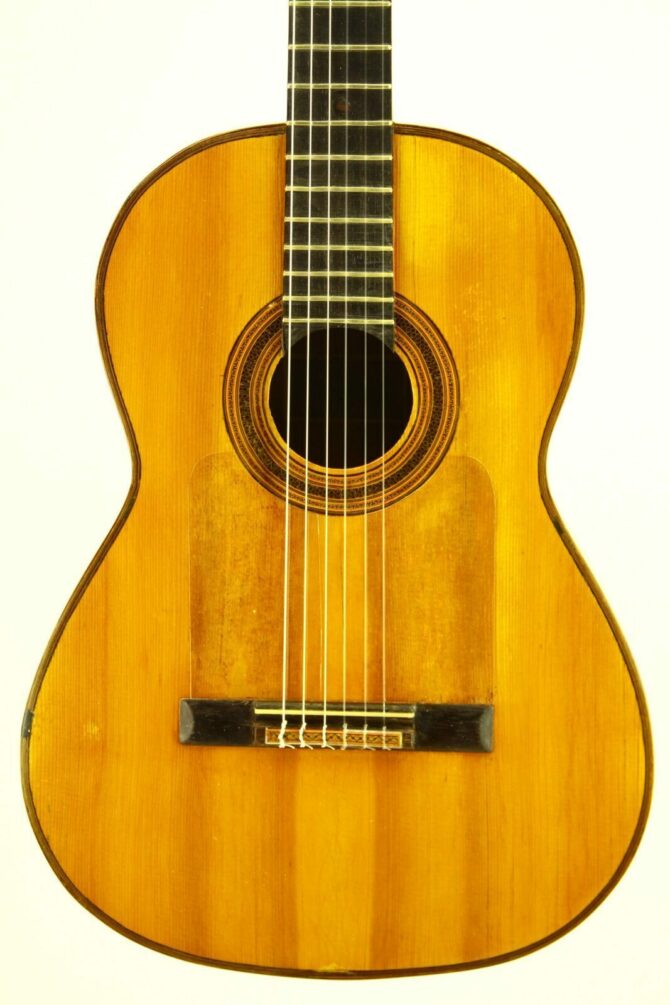 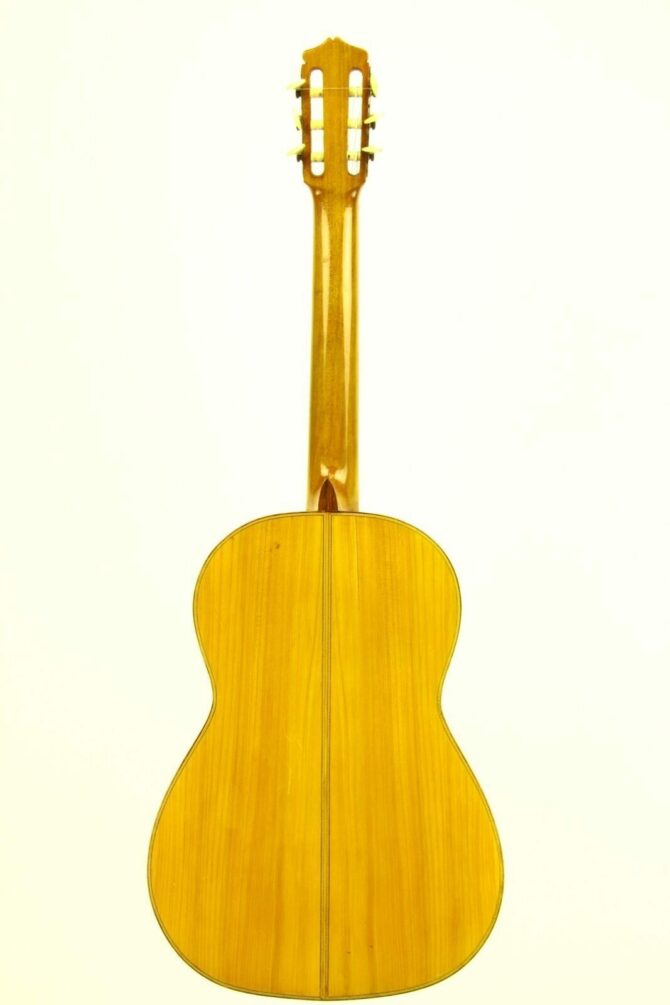 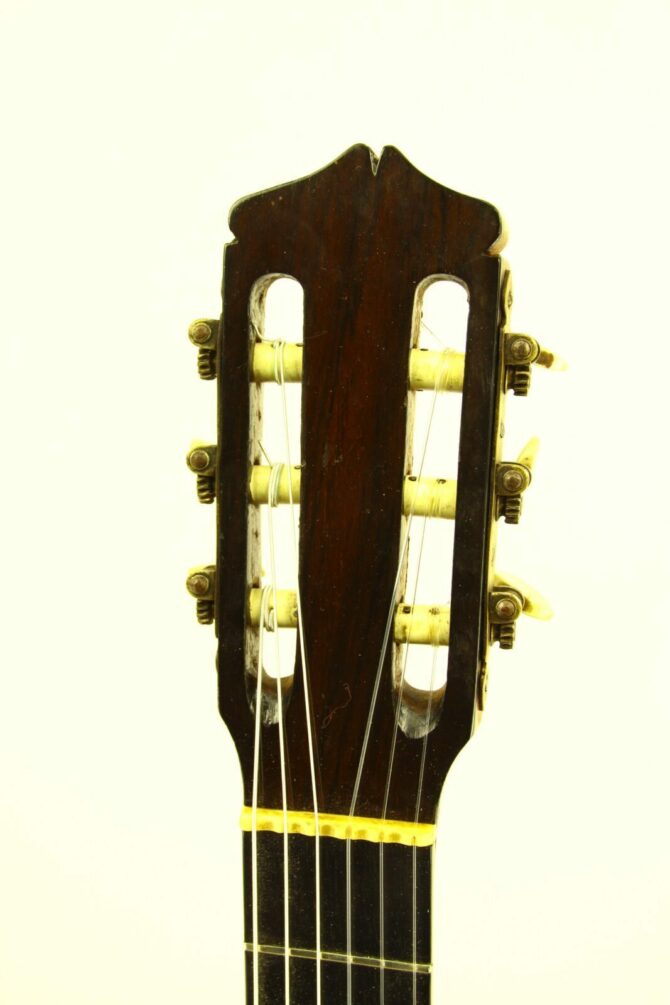 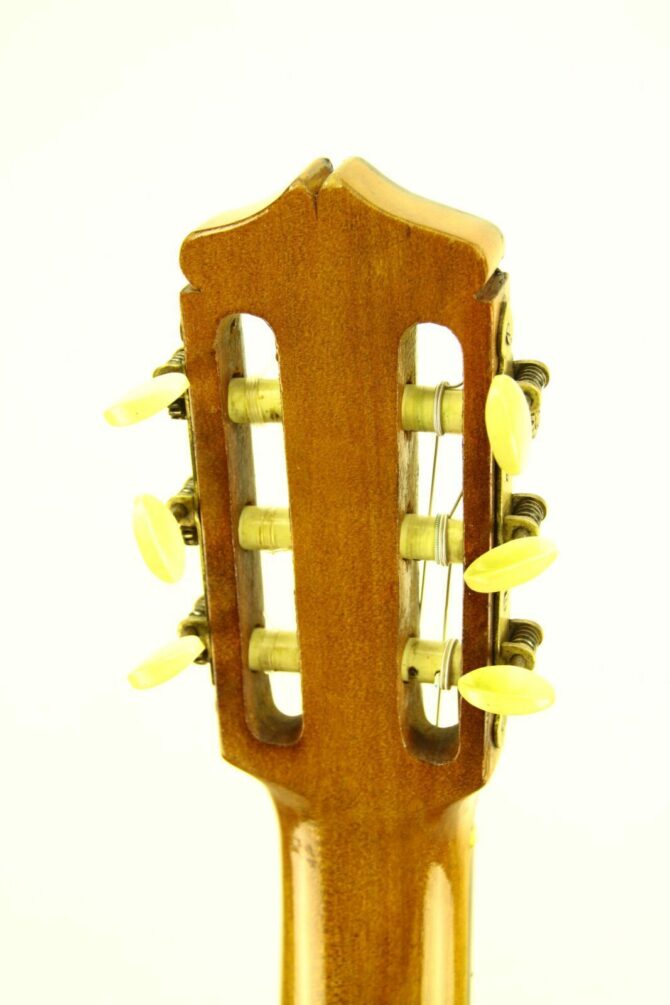 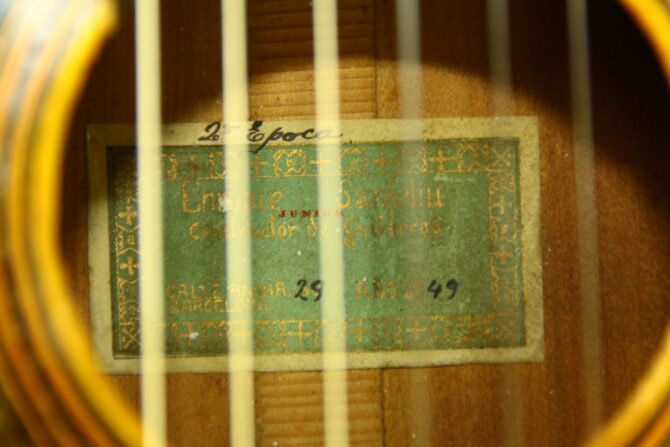 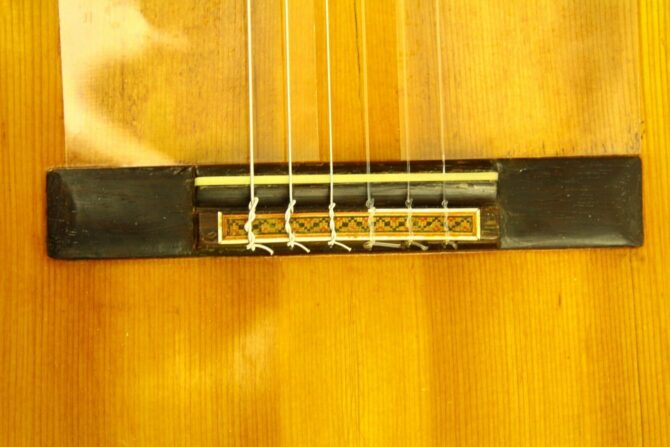 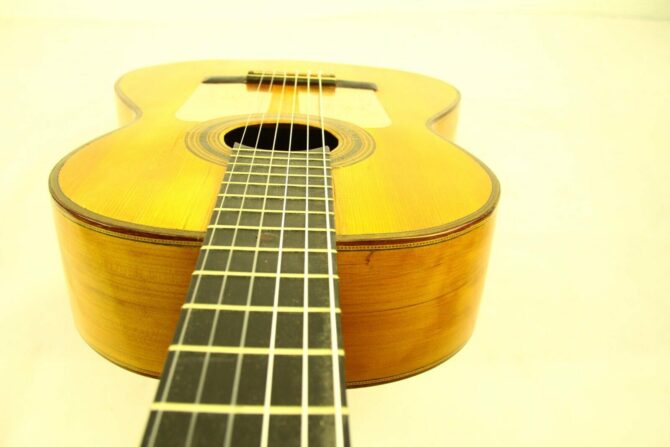 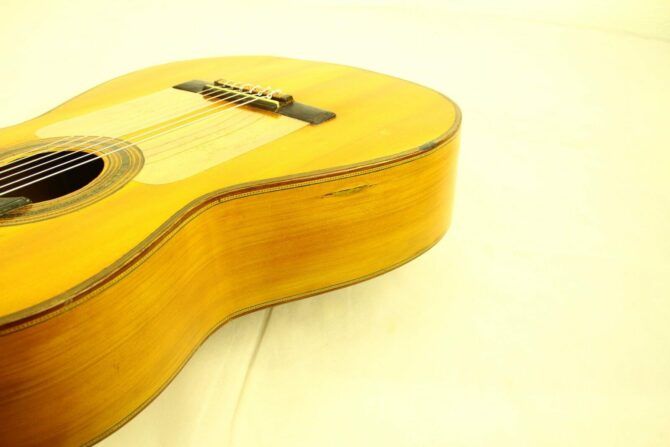 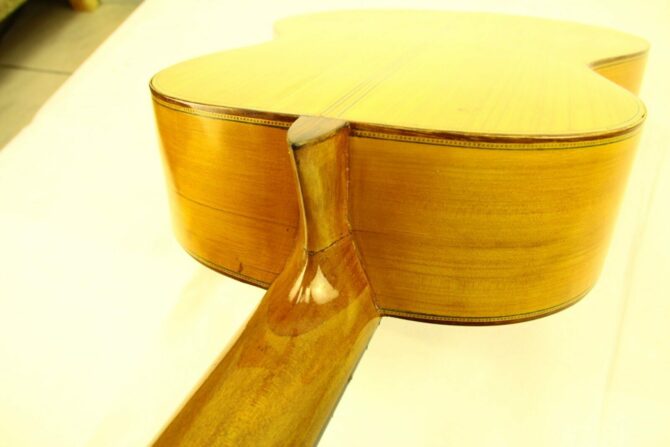 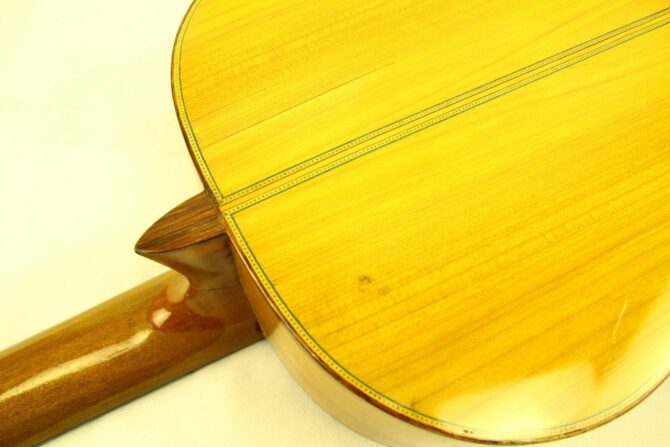 Enrique Sanfeliu was born in 1882 in Valencia, Spain and as a child built small « toy » guitars for his friends – tue sign of a promising future as a guitar maker.
After hearing Tarrega play a concert in Valencia, he decided to devote his life to the guitar – not just as a player, but also as a maker. He later moved to Valencia where he worked in the workshop of Juan Estruch and befriended Enrique Garcia, who shared his knowledge of lutherie with Sanfeliu. He then tought his son and they both ran the famous workshop in Barcelona.
The Sanfeliu instruments show the unmistakable influence of the later guitars of Enrique Garcia, as well as the instruments of his great protege – Francisco Simplicio.

This rare flamenca blanca has a beautiful, old-world sound. Extremely powerful with a biting, raspy response to it. It’s by far the most feather-light instrument in our stock at the moment. It’s in the same category of sound and feel as guitars from Santos, Esteso, Barbero.

70+ years of respectful and regular playing on this guitar – one can imagine that this creates a dream instrument.
Over the time it has been repaired and the finish has been refreshed. We have checked the guitar from in-and outside and it is ready to go.
The playability is absolutely fantastic. It has a low action and plays fine up and down the neck.
The nut width is 51 mm and the scale length 654 mm.

This is a very fine, rare, collectible and playable instrument by one of the great Barcelona masters of the twentieth century.

It comes with a newer guitar case.