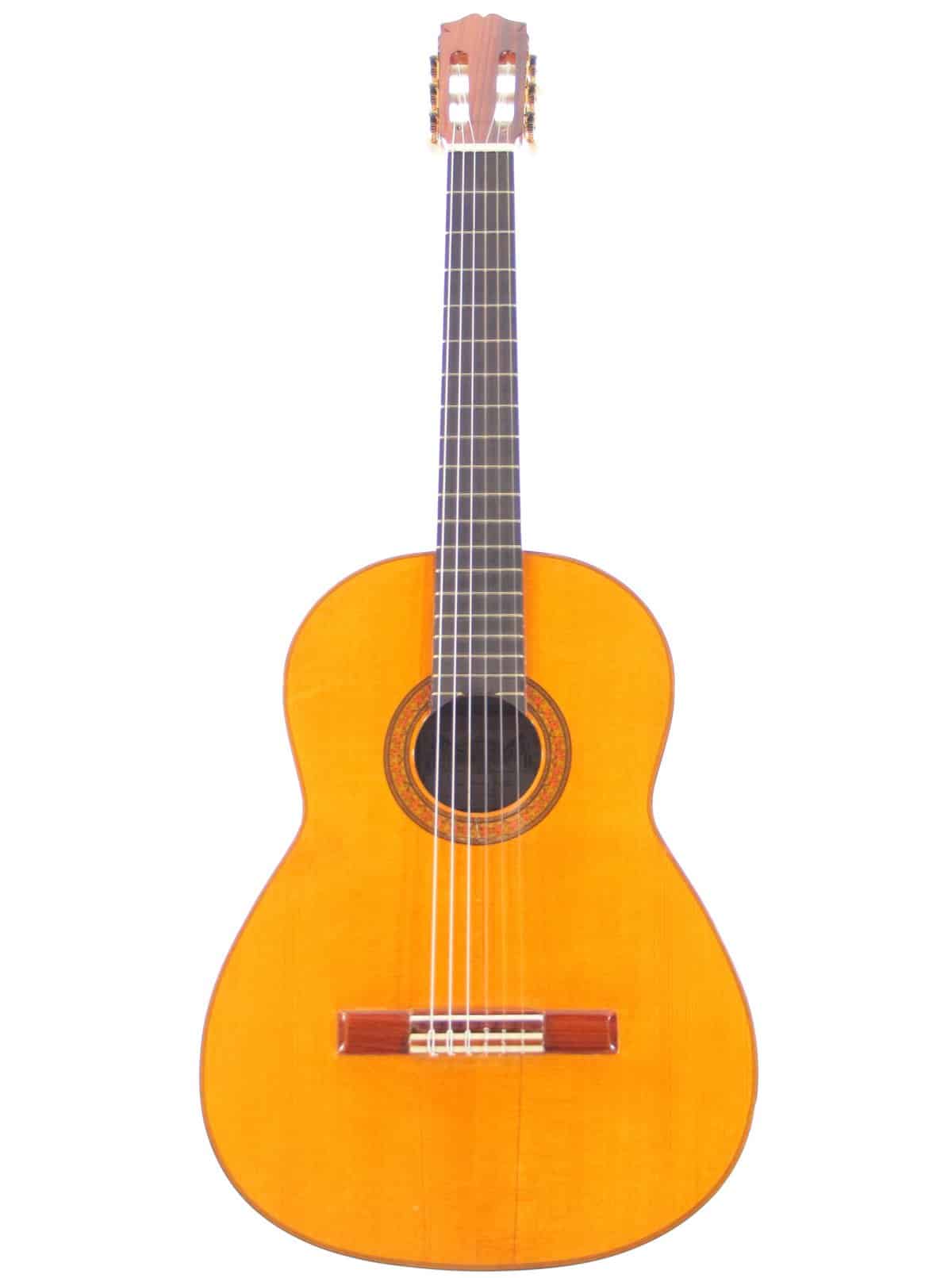 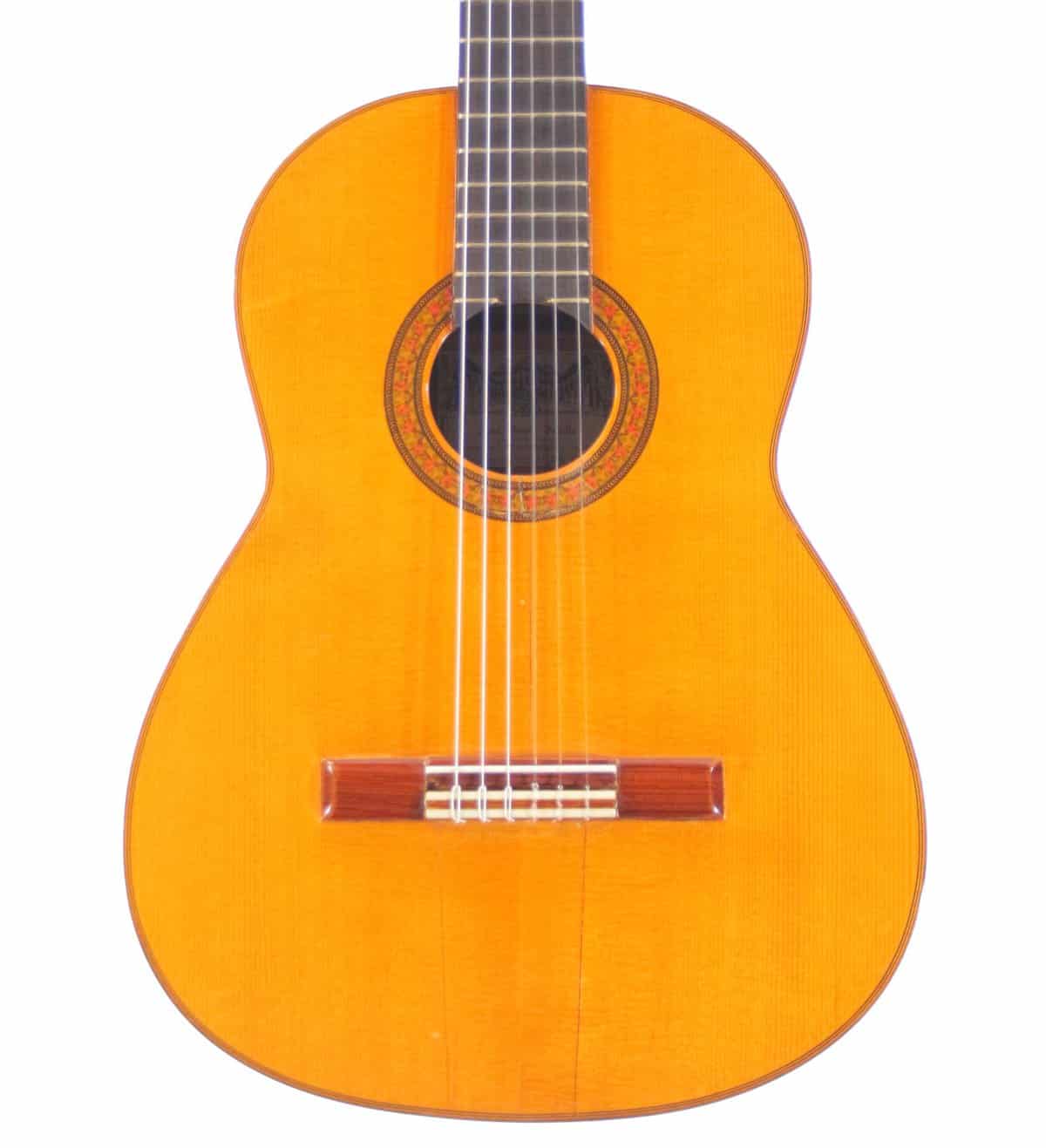 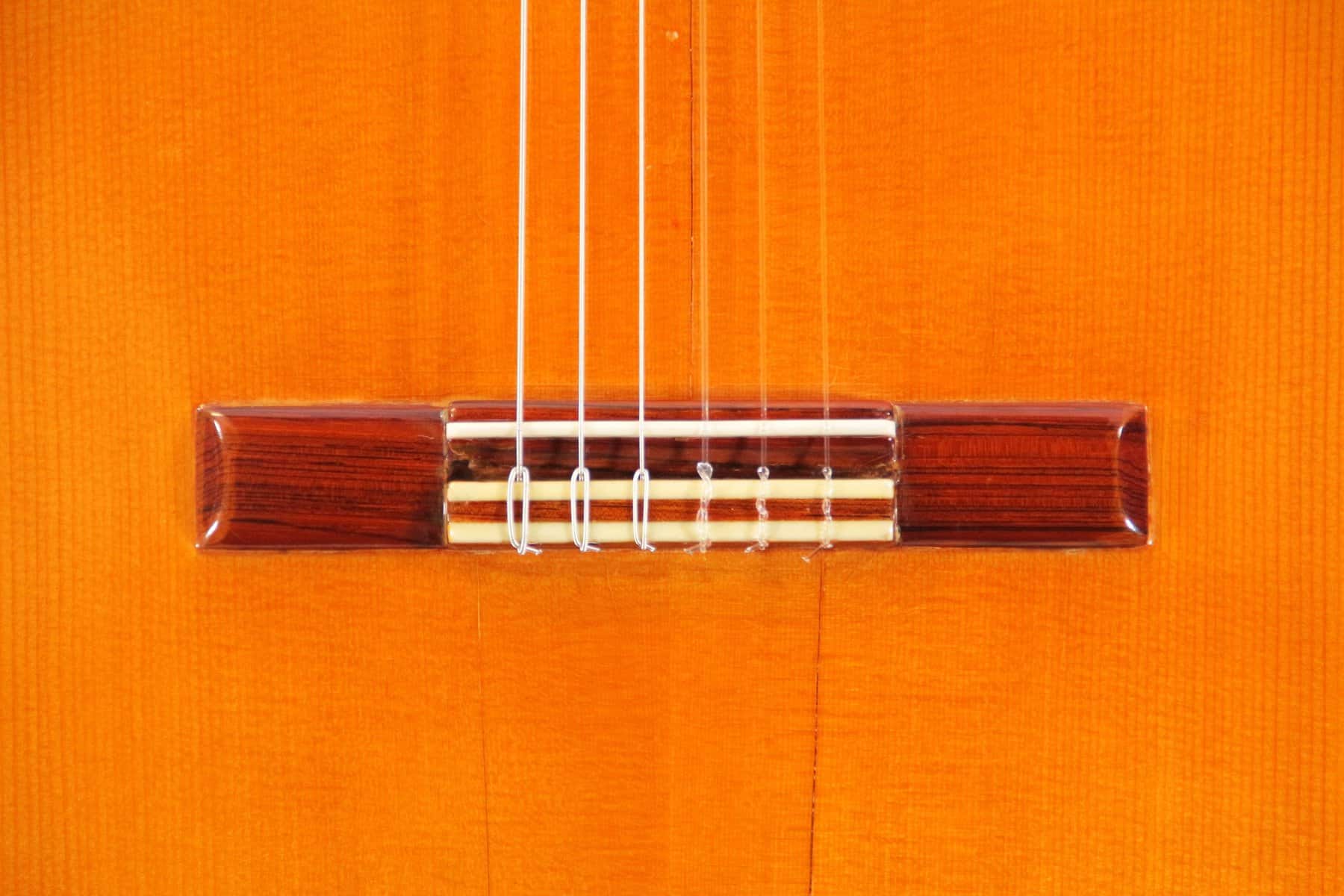 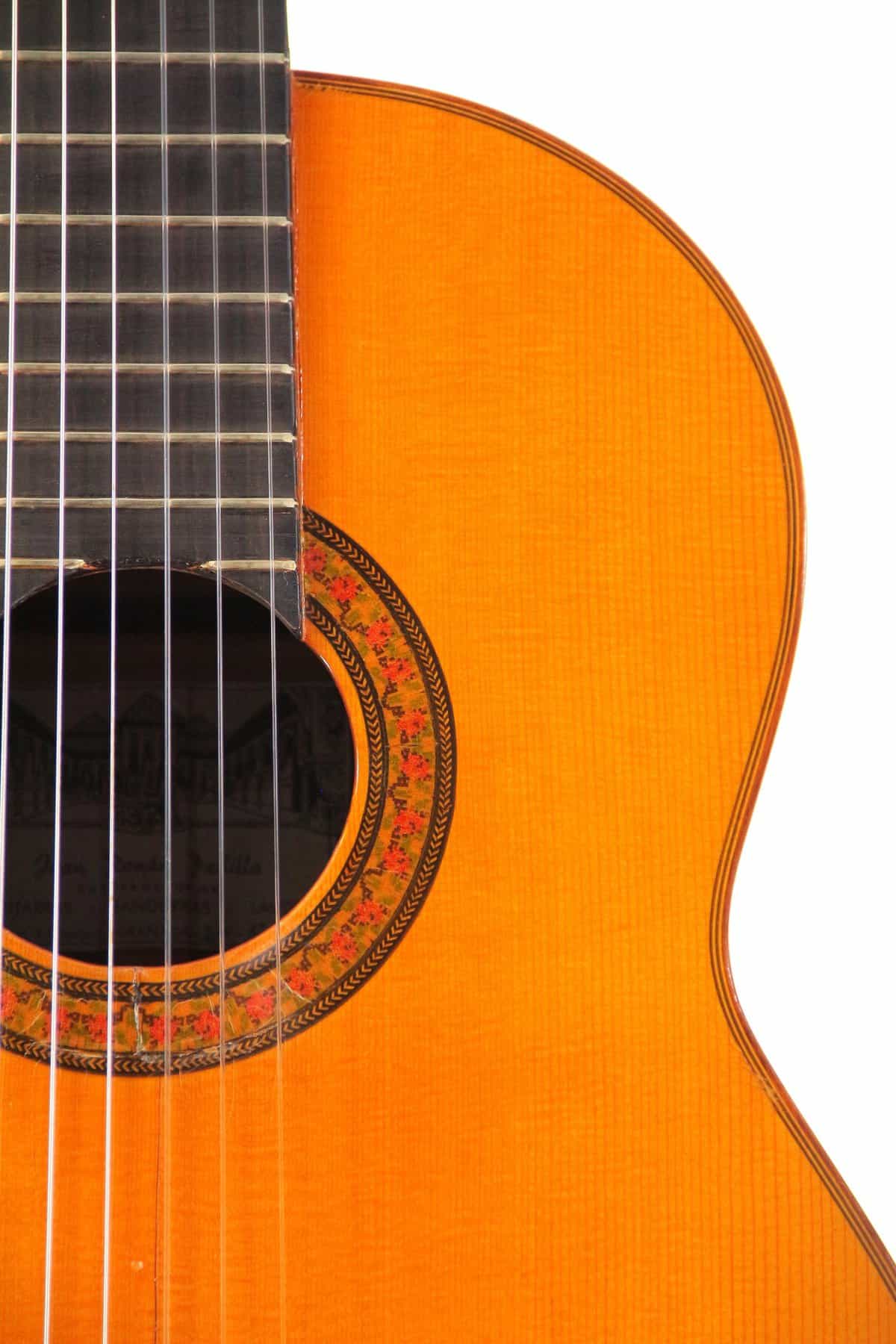 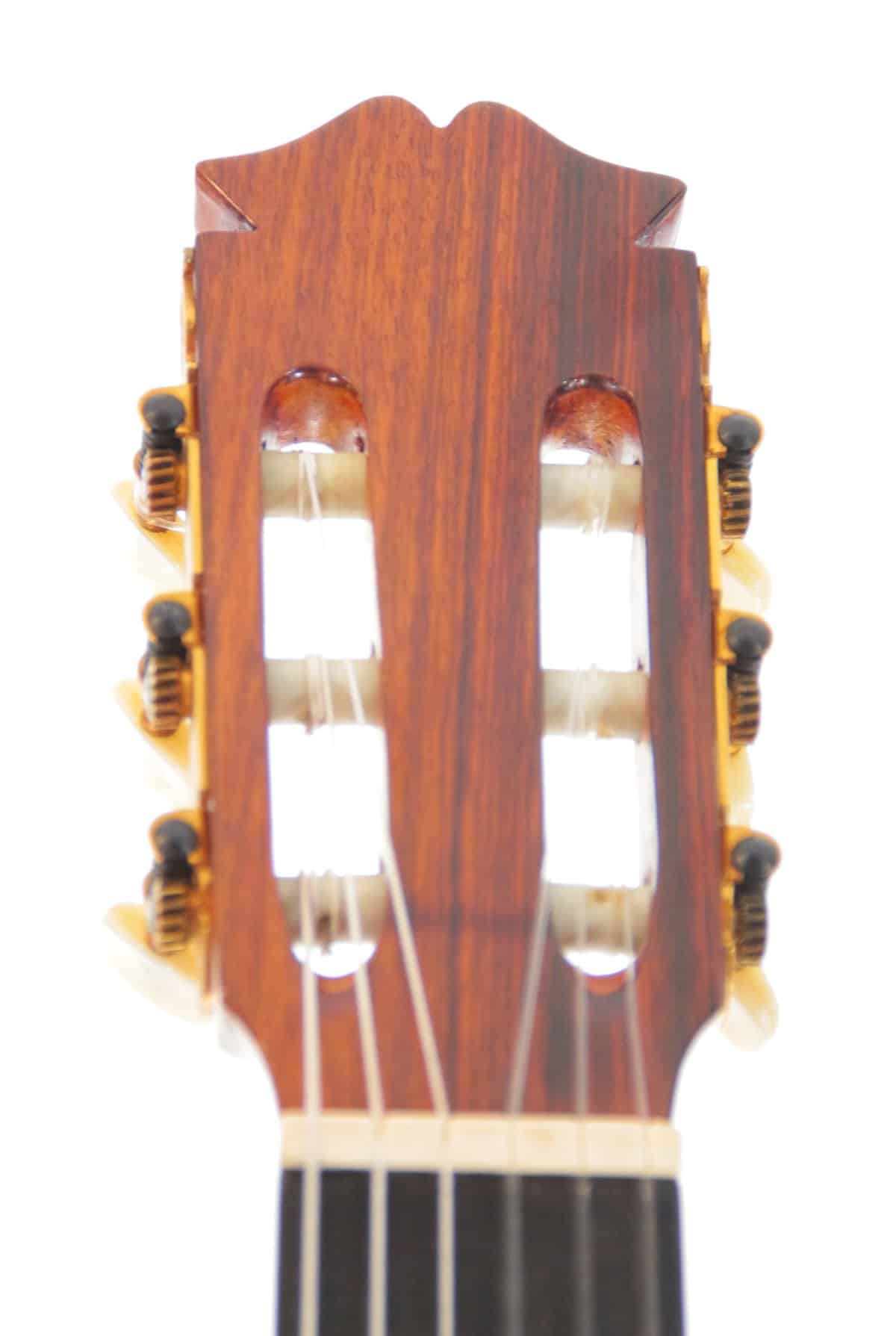 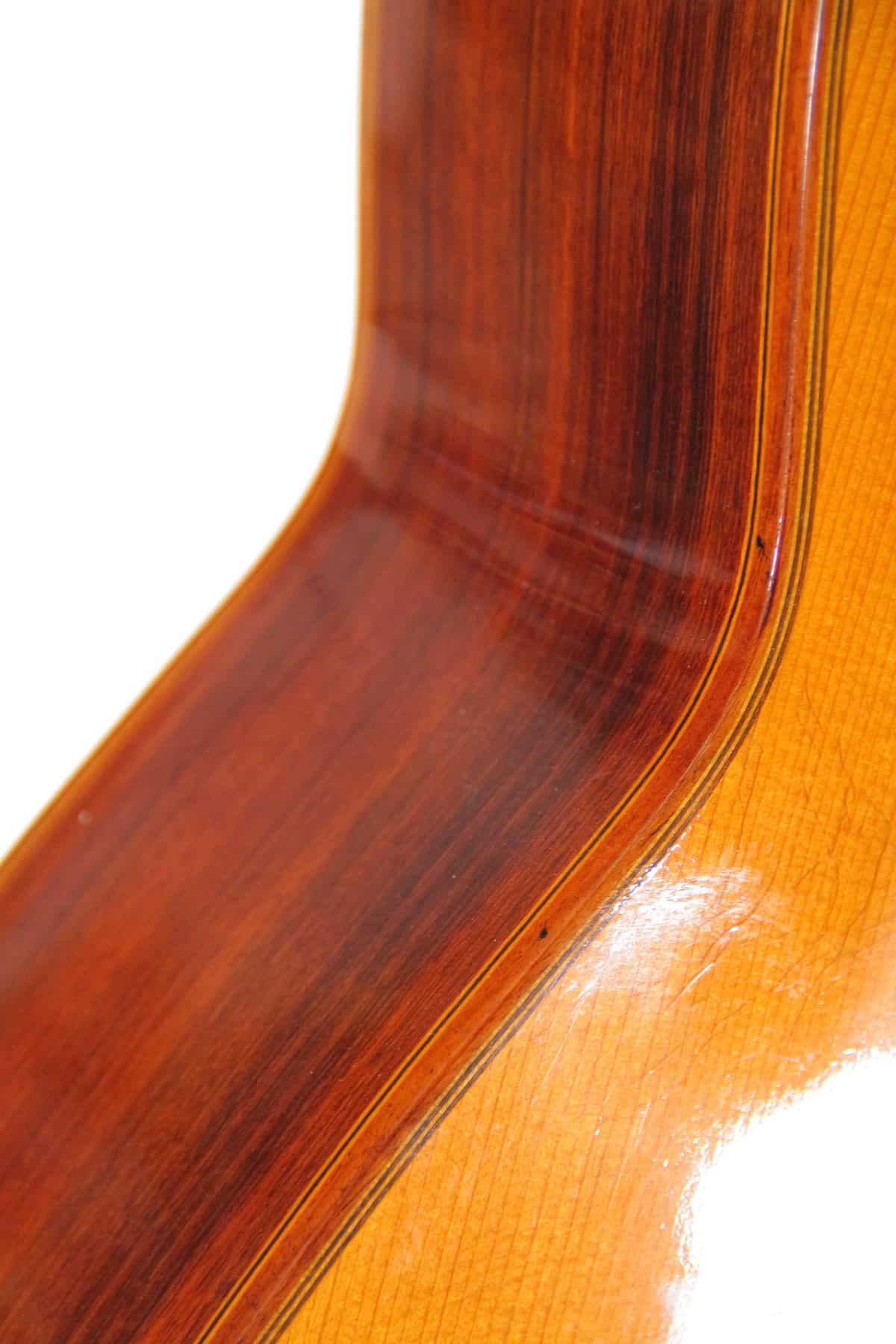 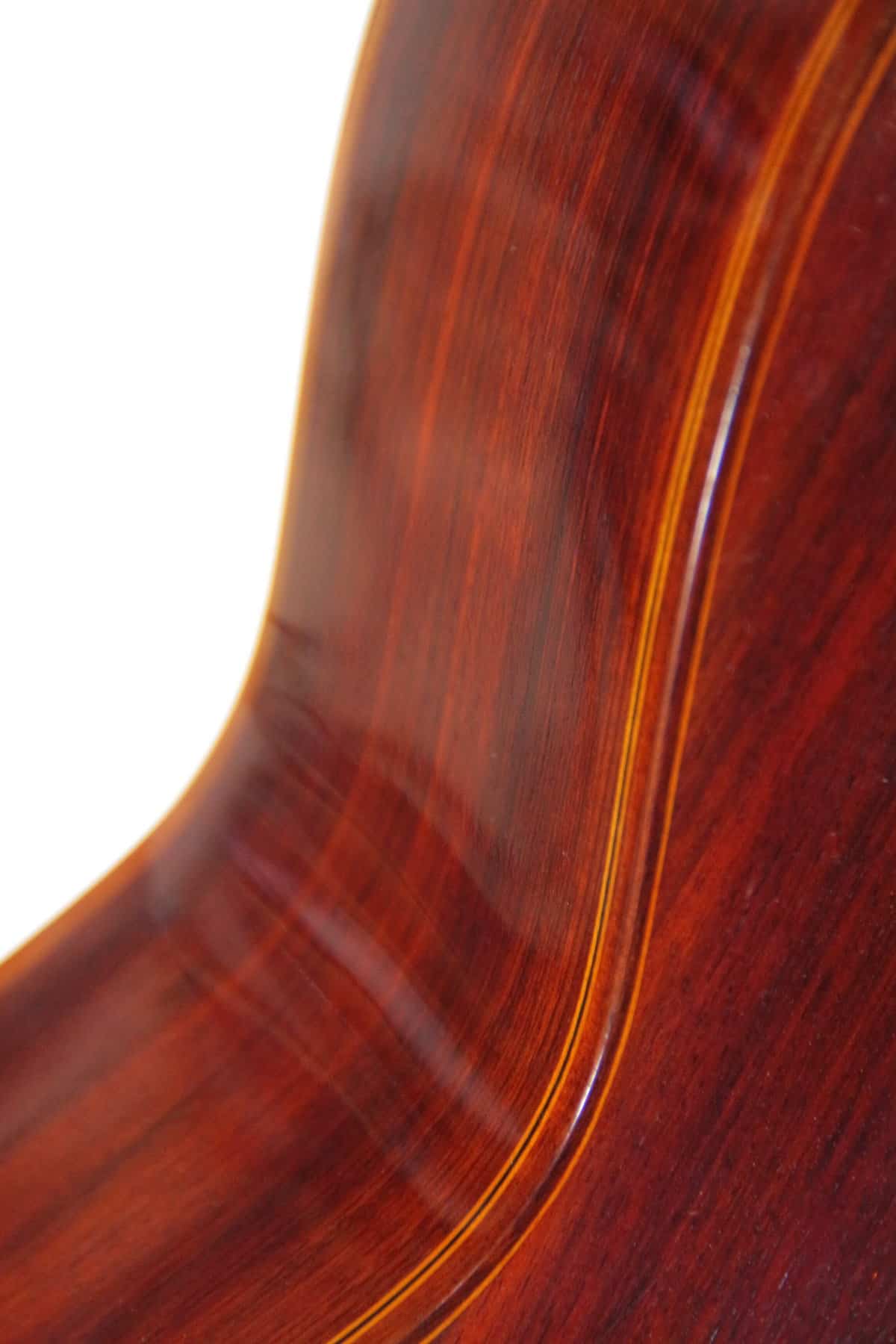 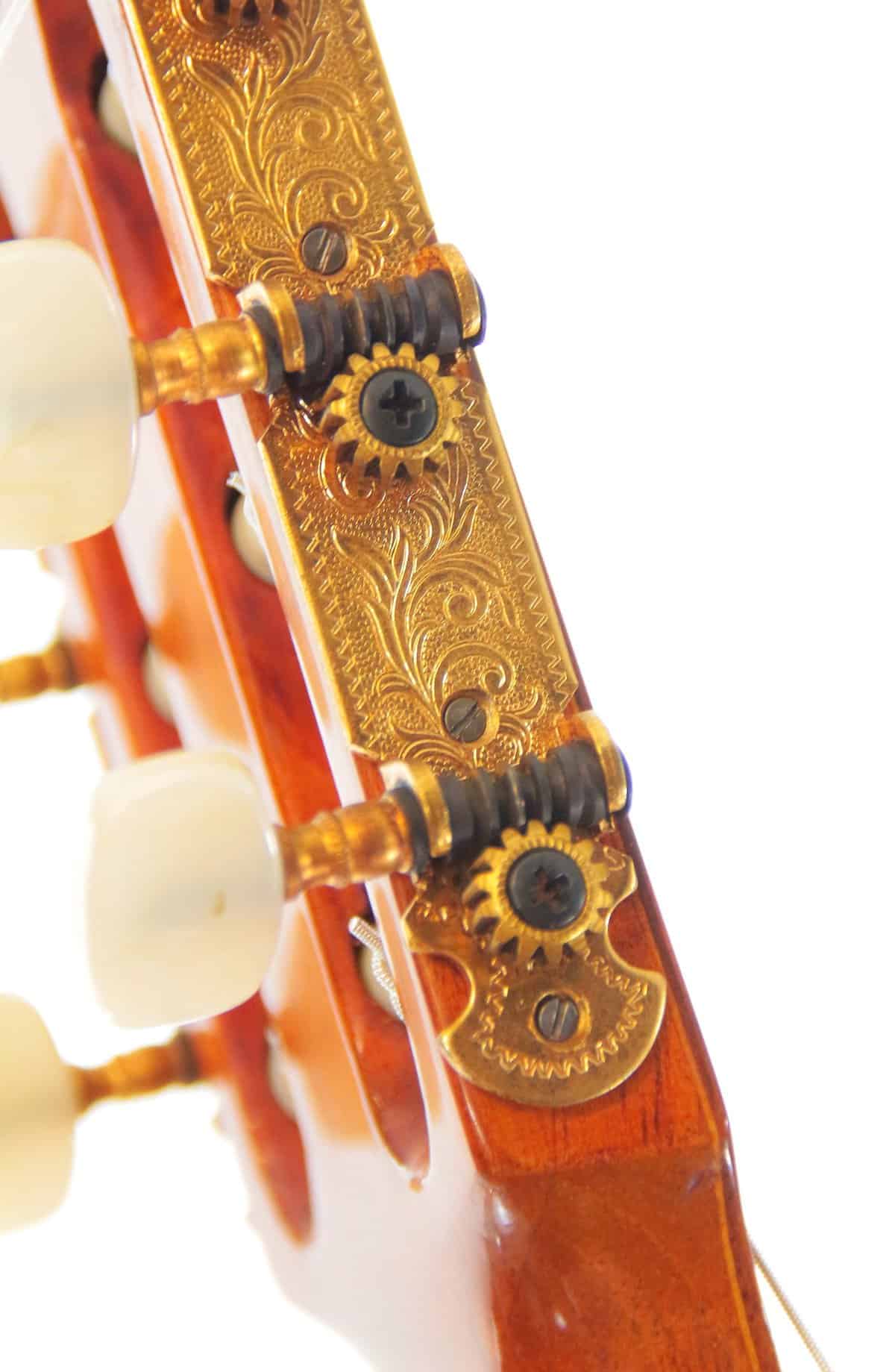 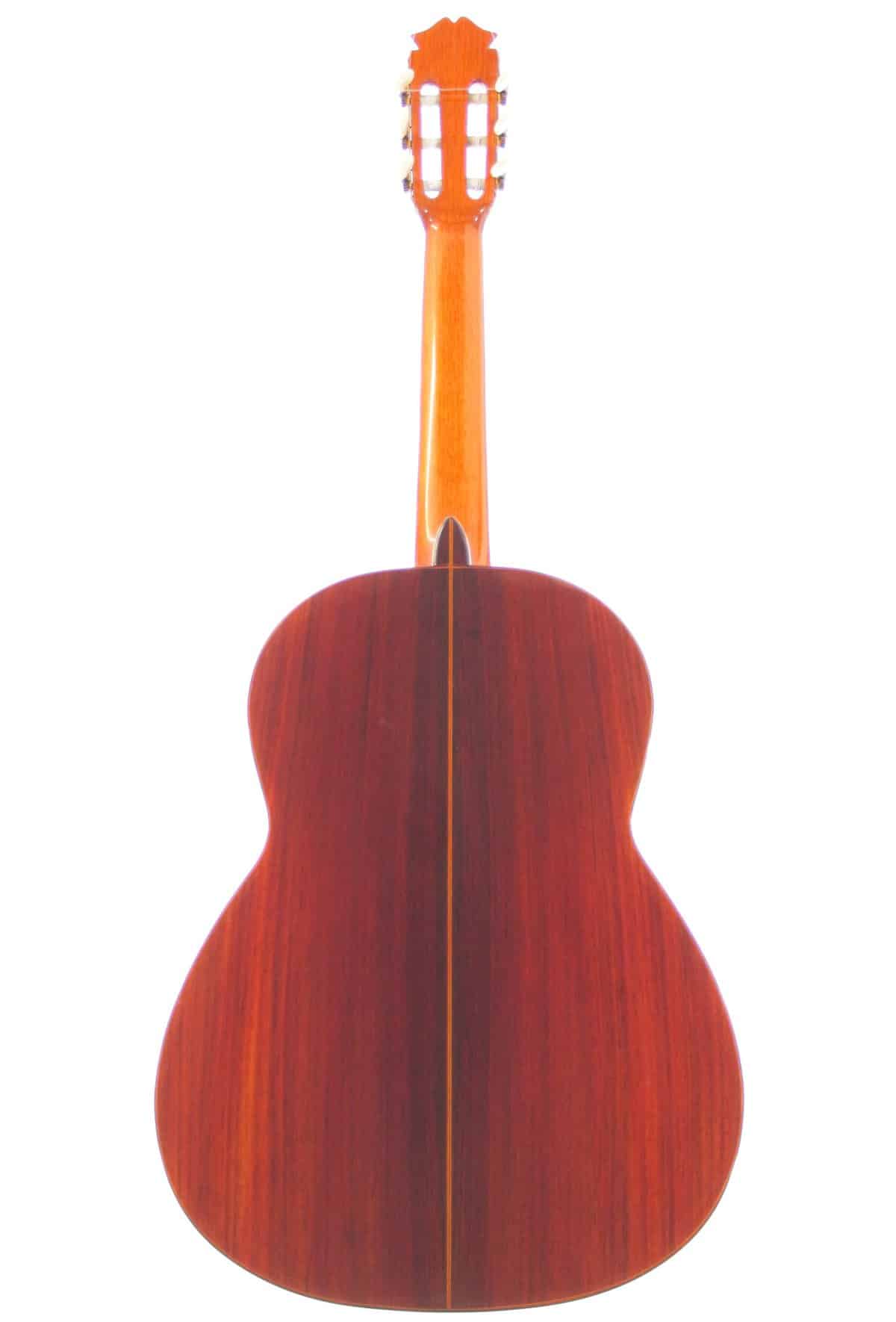 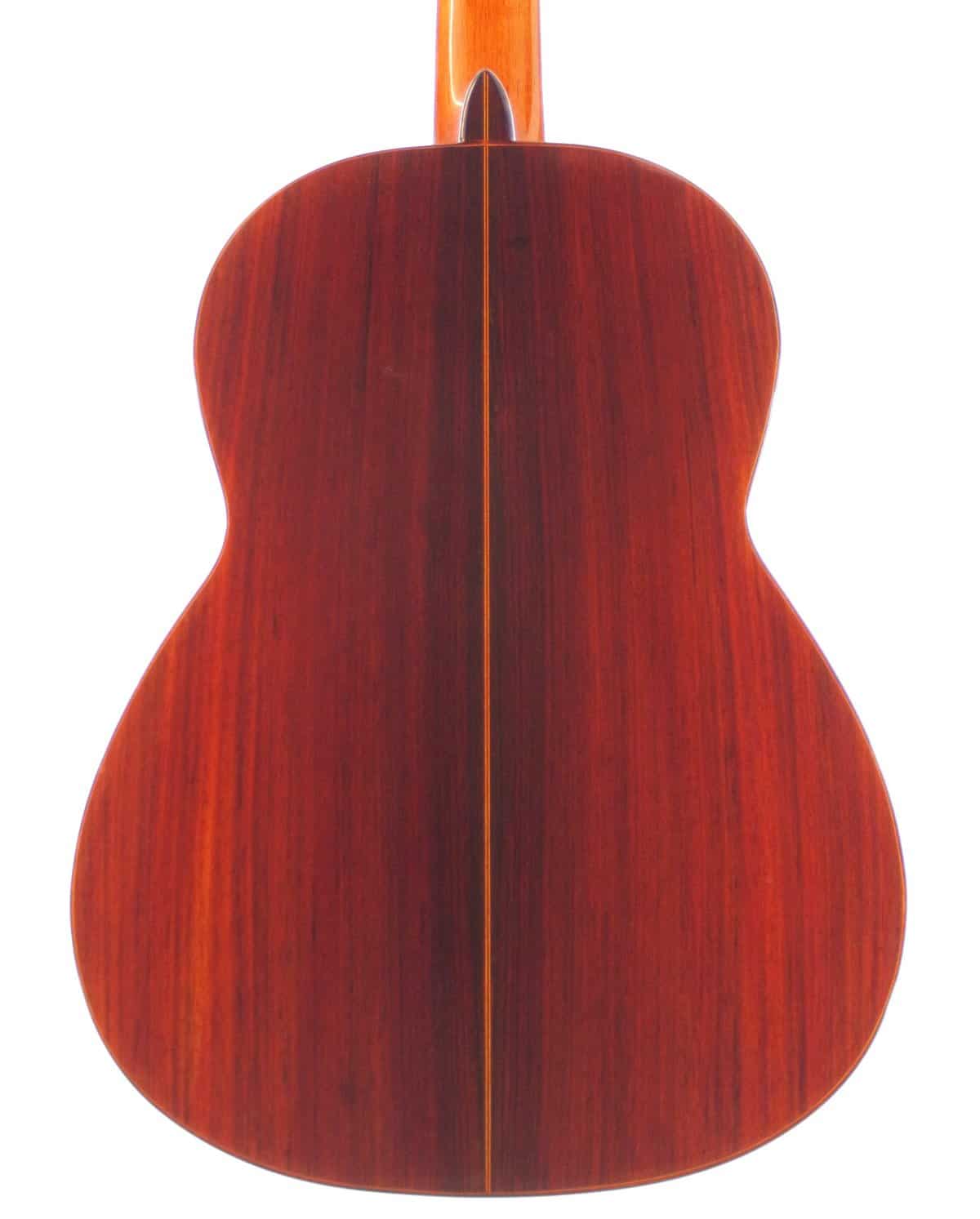 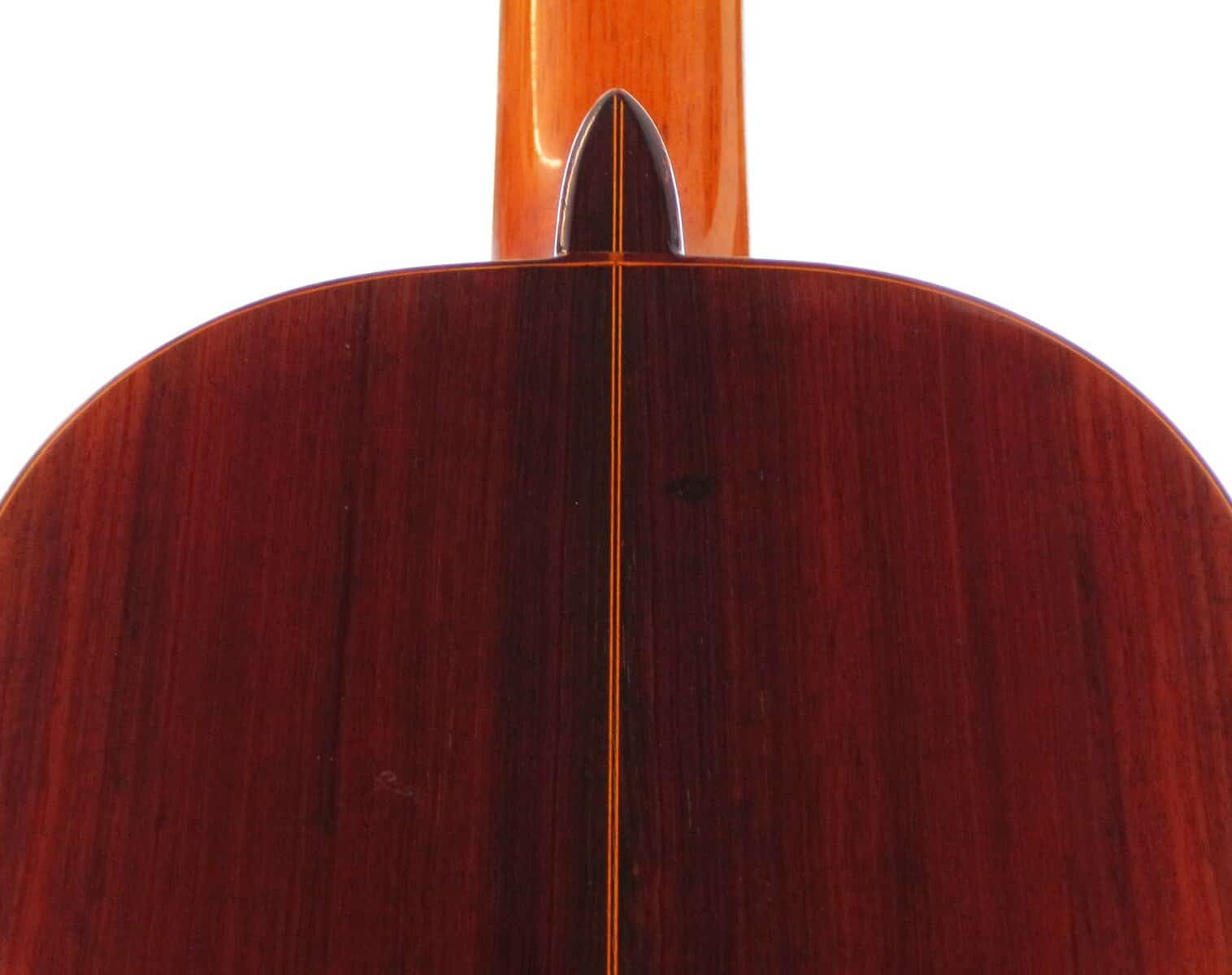 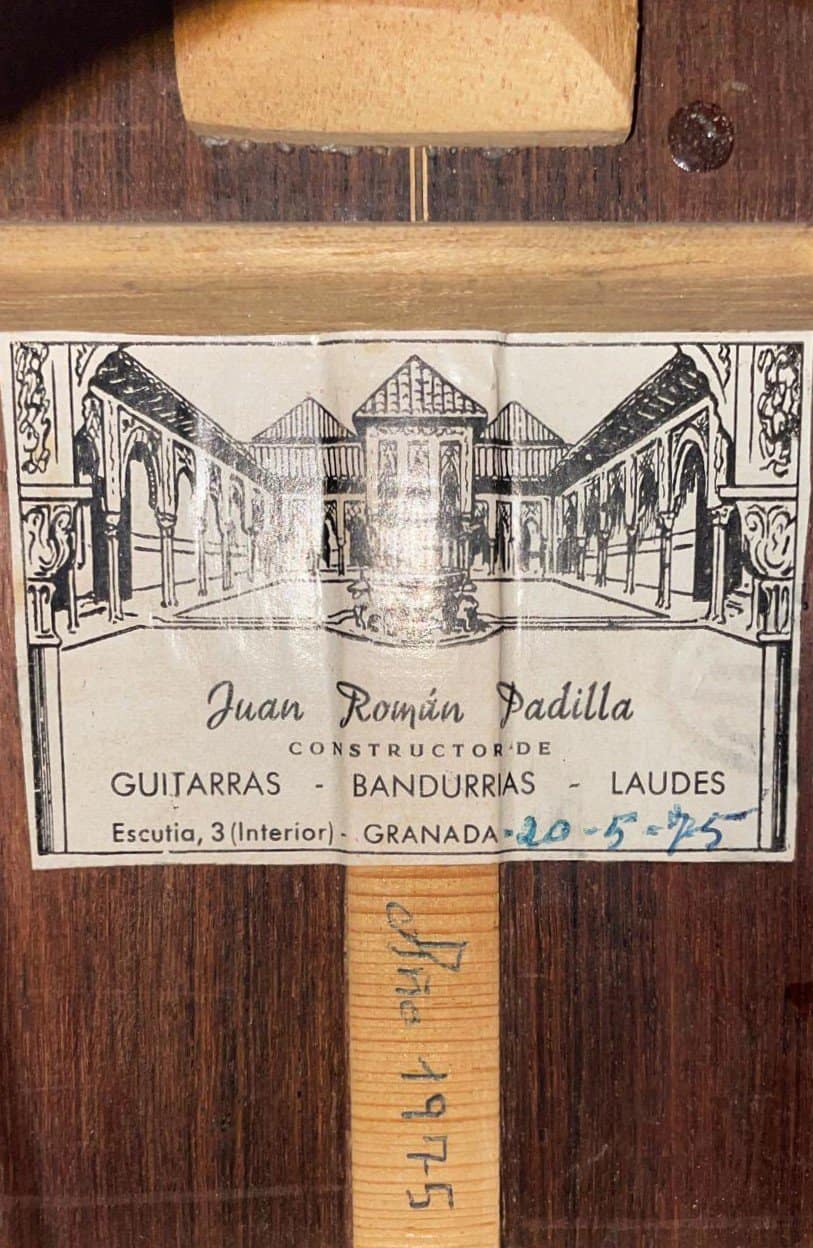 Juan Roman Padilla 1928 – 2018 was a remarkable luthier in Granada. Among the most interesting episodes in his life are a series of visits to Marcelo Barbero who was a friend of his father. These visits definitely had a great influence in Padillas style of building guitars.
His father was a well-known flamenco guitarist whose stage name was Juanico de Chauchina and inspired him to begin making guitars. Like so many other makers of his generation he began his working life as a cabinet-maker or “ebanista” as the Spanish have it. His first guitar was made in 1949 during the dominance of Eduardo Ferrer and Manuel de la Chica in the Granada guitar. The Asociación de Guitarreros de Granada thanks him for his work in spreading the influence of Granada and preparing the groundwork for the thriving school today.

This classical Juan Roman Padilla guitar is truly unique. The old woods and varnish have melted together and emphasises the beauty of the fine spruce top and the perfectly cut rosewood.
It is a wonderfully versatile guitar with a complex sound. The sound is powerful and majestic. It particularly impressives with trebles that are clear, sparkling and gives a sense of real projection. It is a very balanced guitar and has an impressive open sound.

This guitar is in good and original condition and perfectly setup. There are 2 repairs on the top– otherwise it only shows the normal wear from play and use. The scale length is 655 mm and the nut width 52 mm.

It comes with its original hard case.