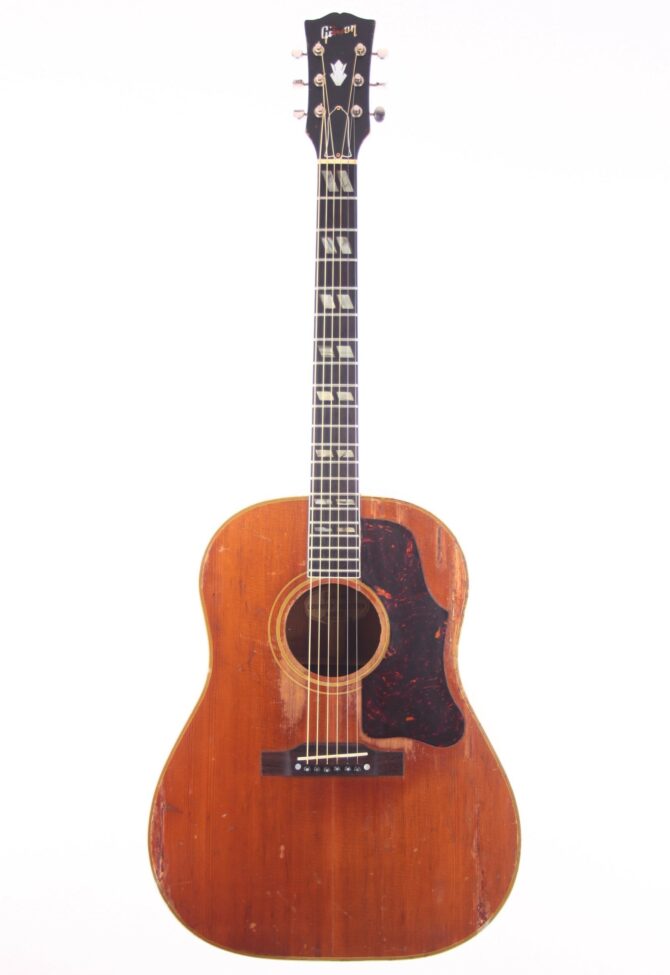 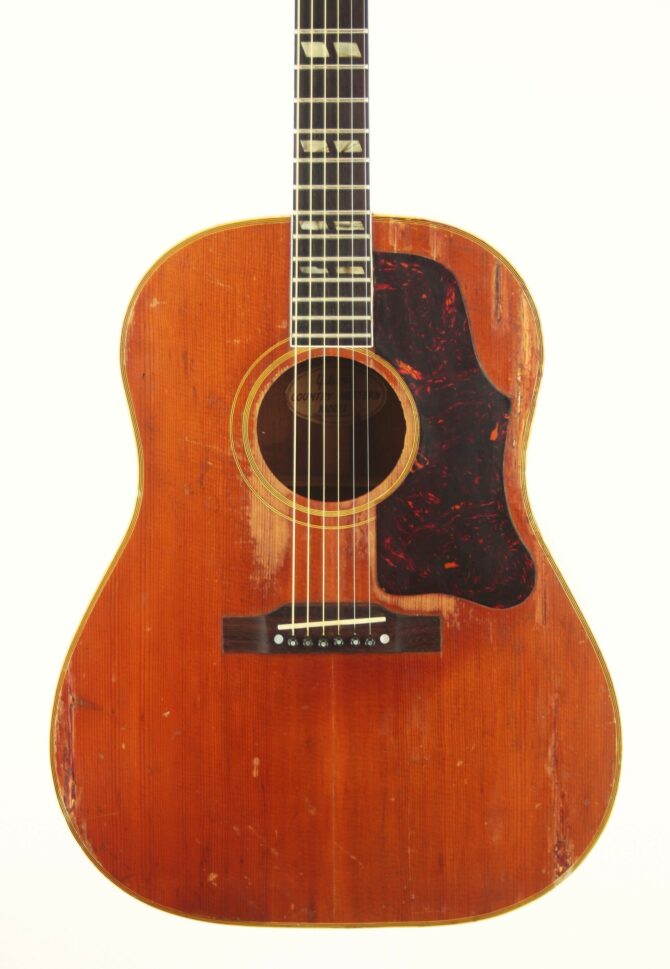 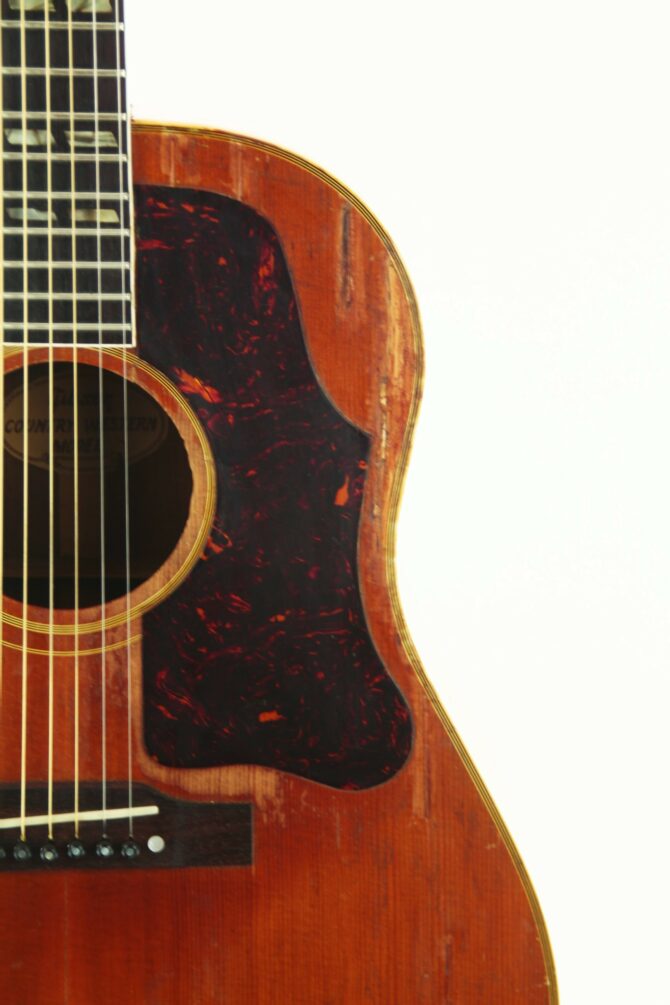 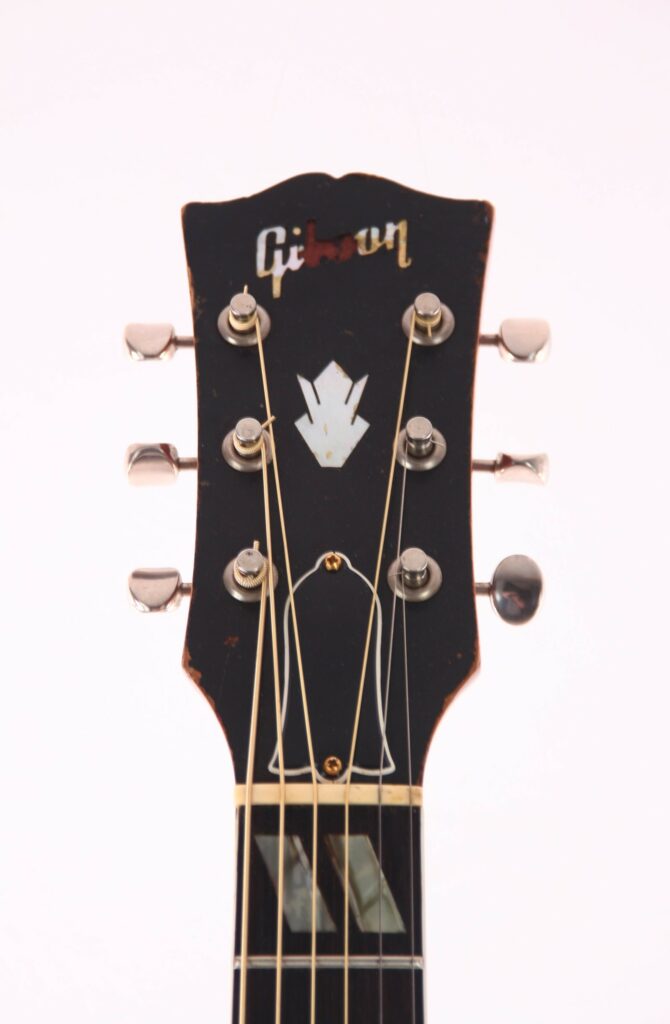 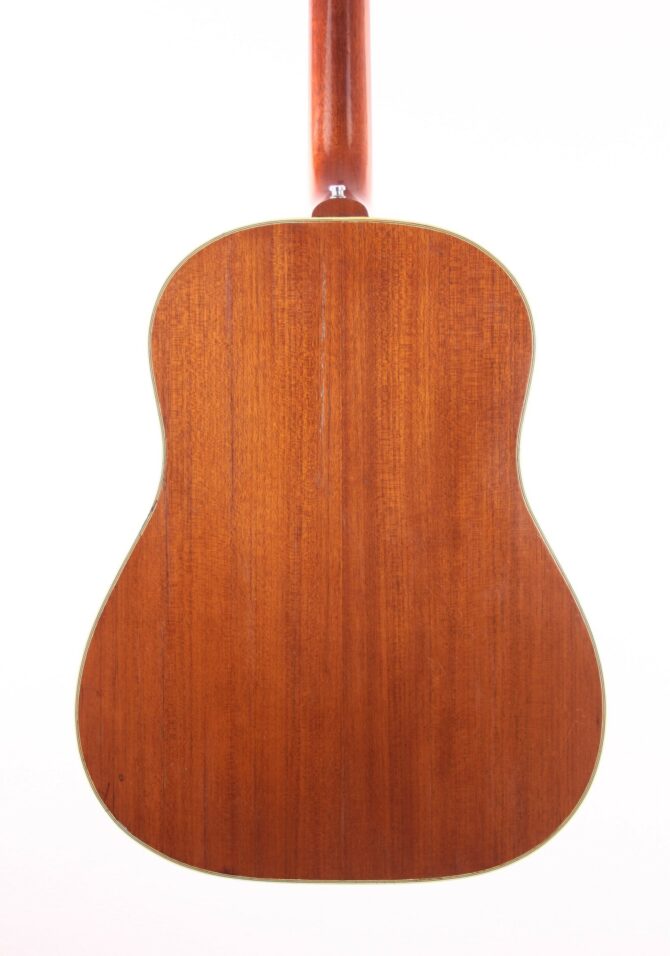 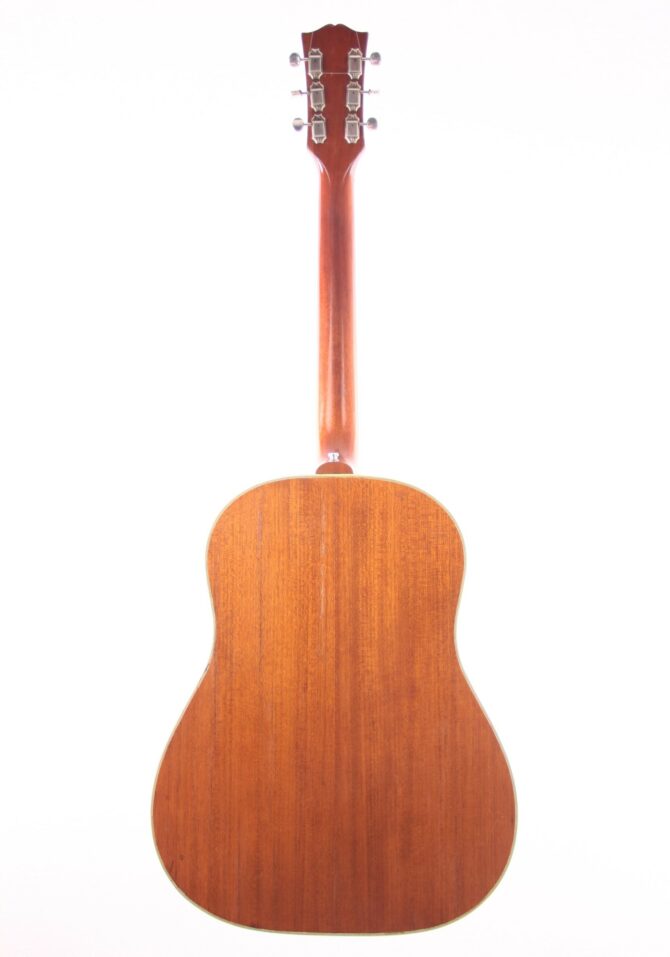 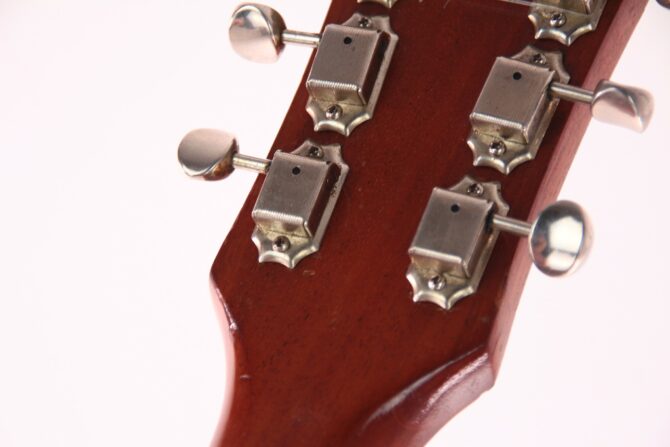 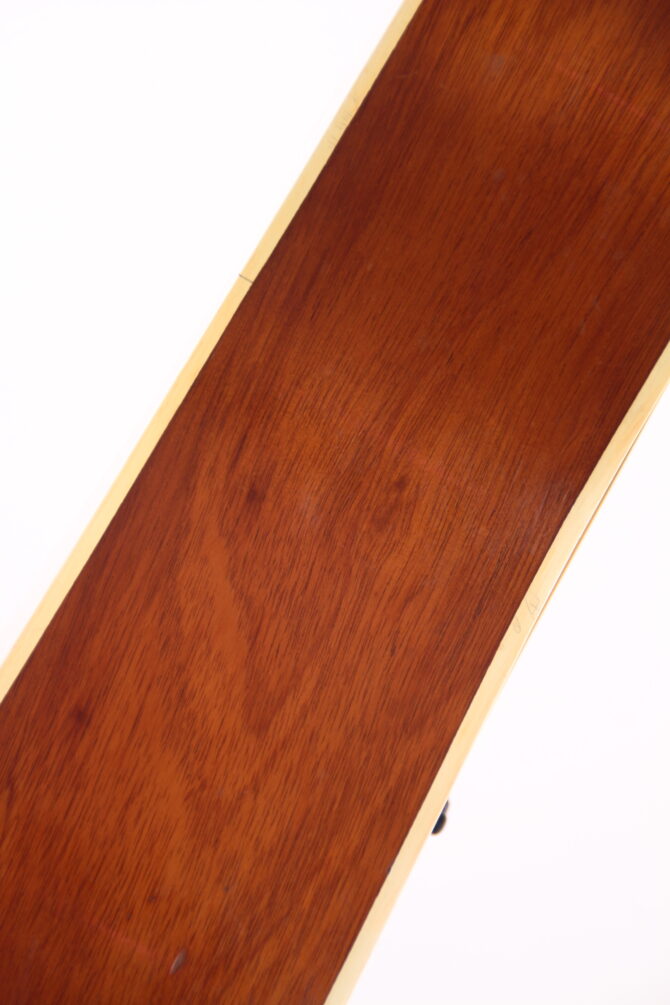 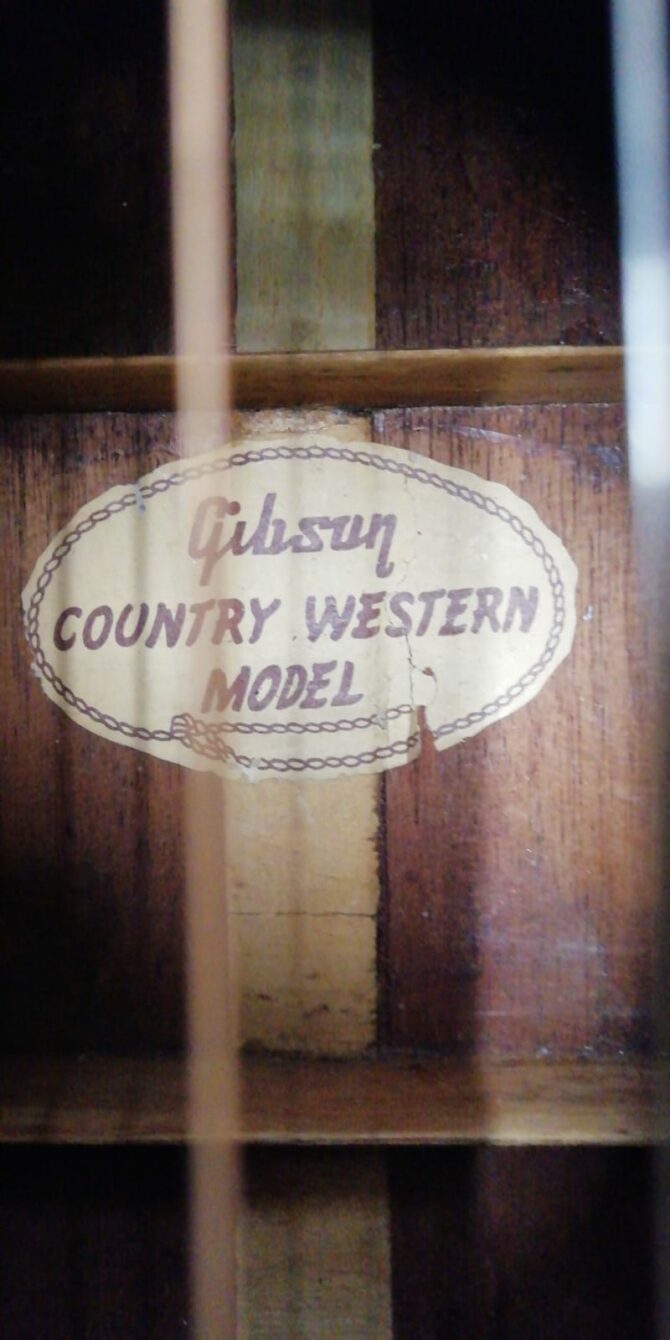 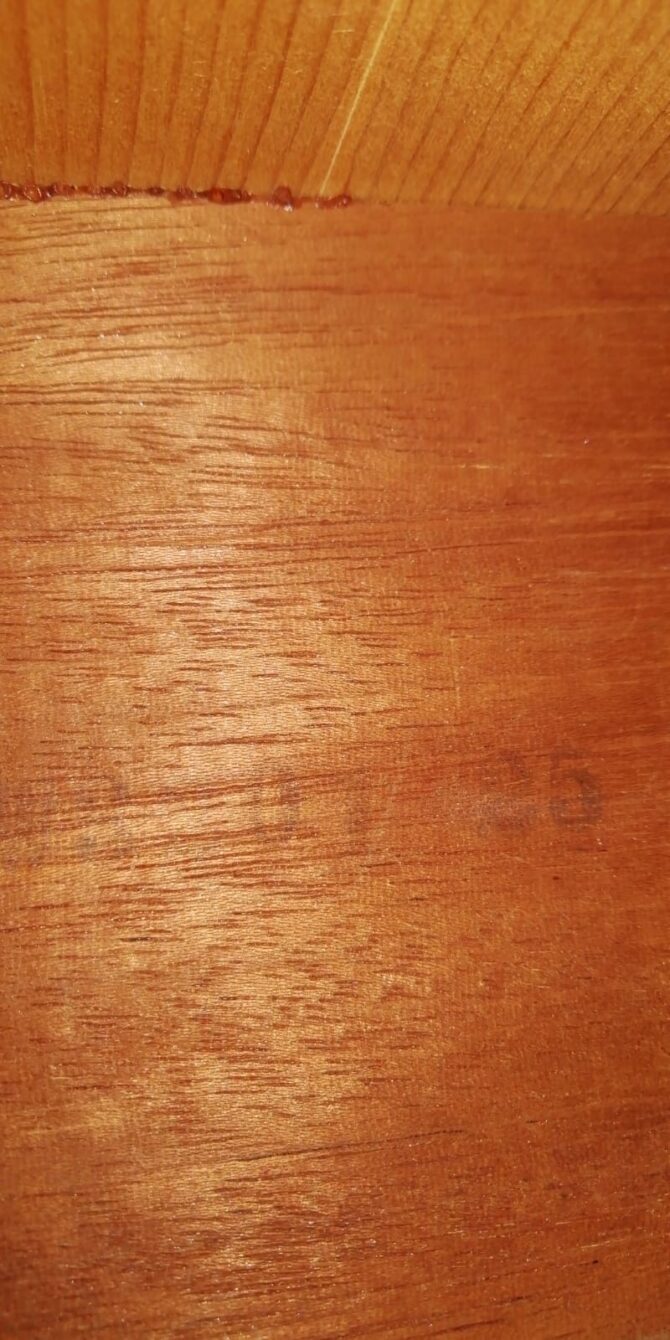 As you can see on the pictures there are some repaires. The guitar has also a lot of wear from play and use. Surely not a colectors guitar.
But we all know that most of the time these beaten up guitars are the best sounding ones – and thats also true with this one!

The guitar comes with the original hard shell case!