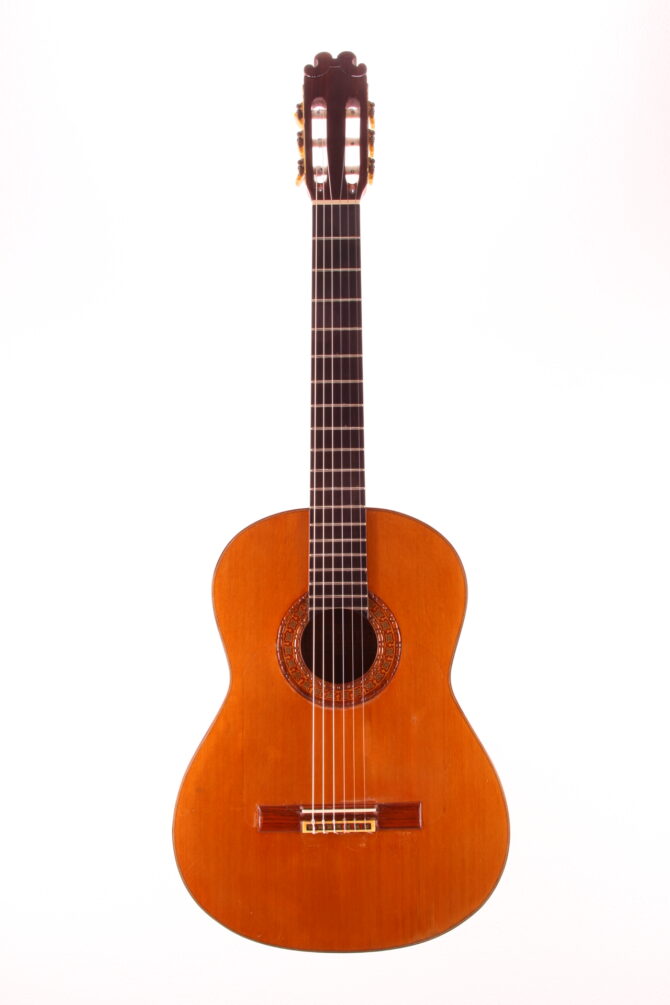 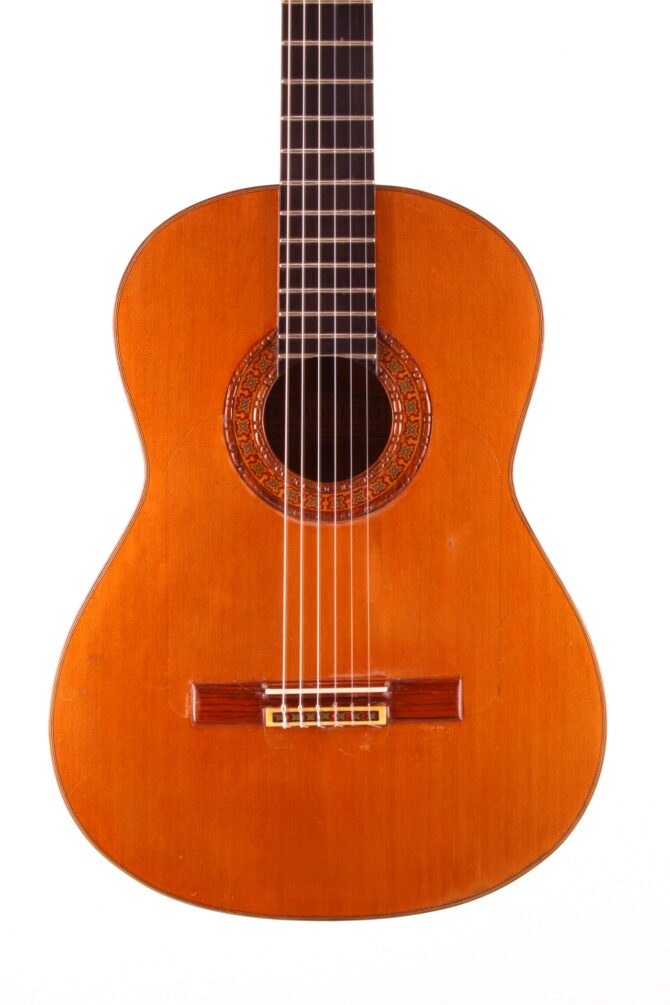 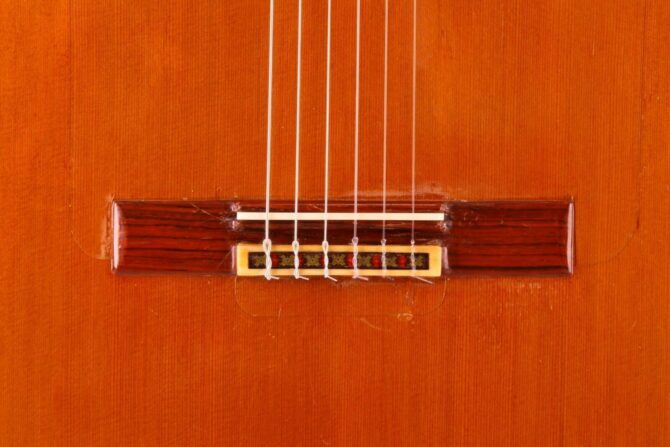 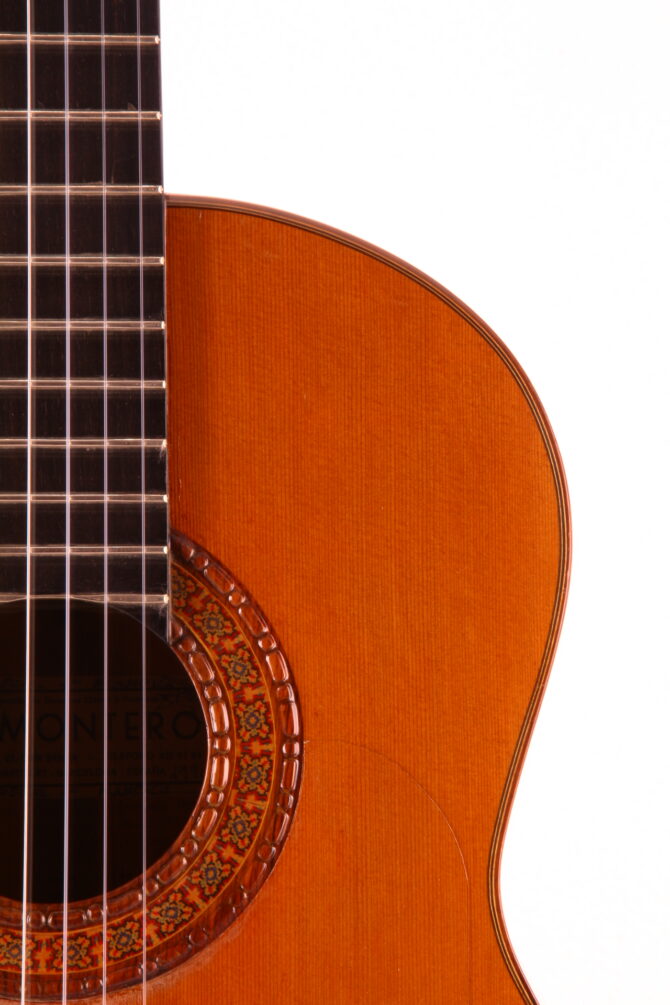 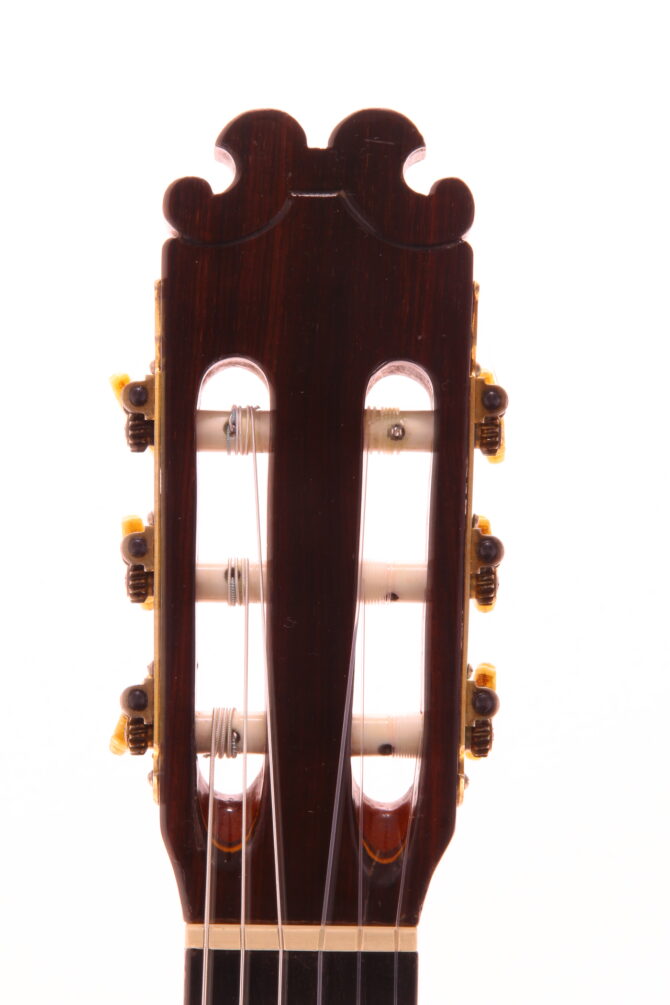 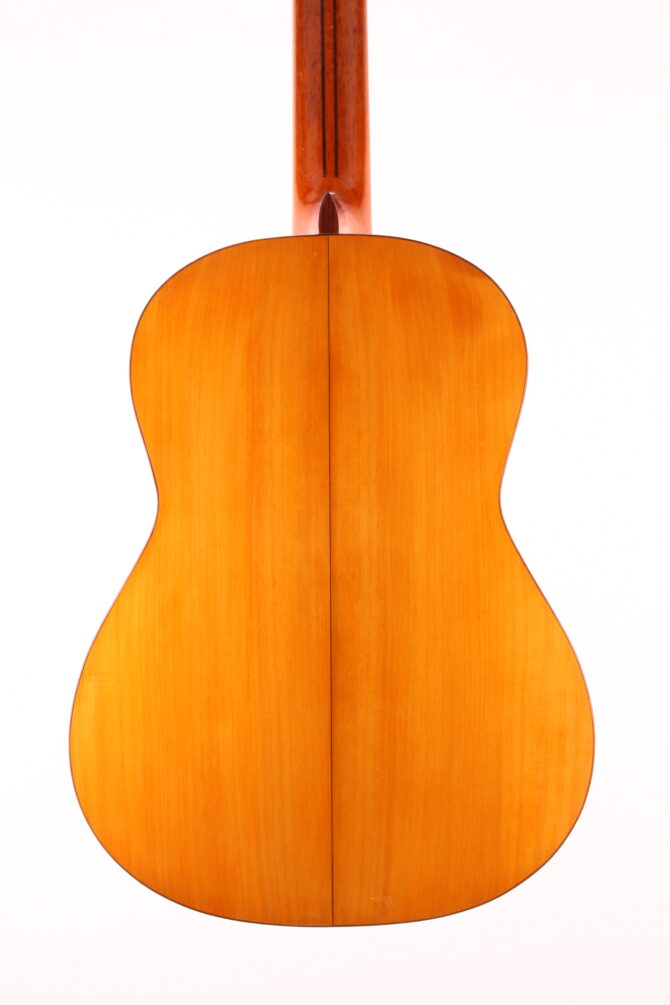 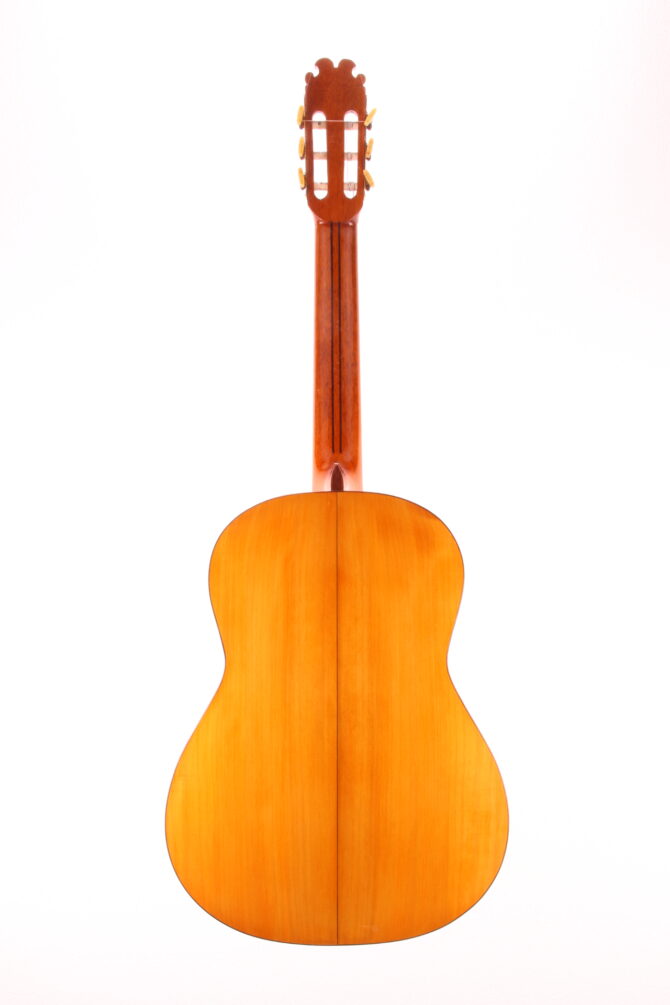 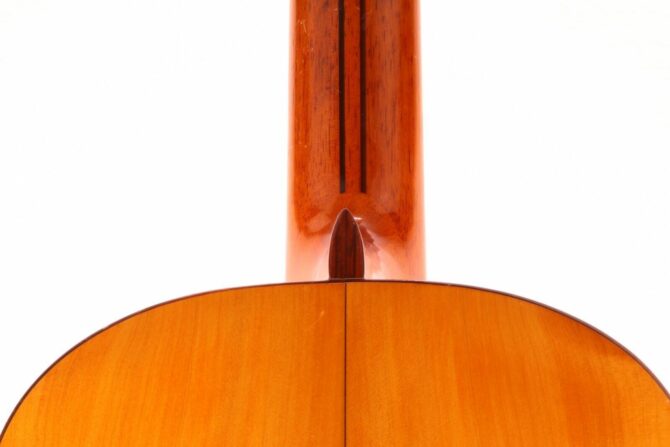 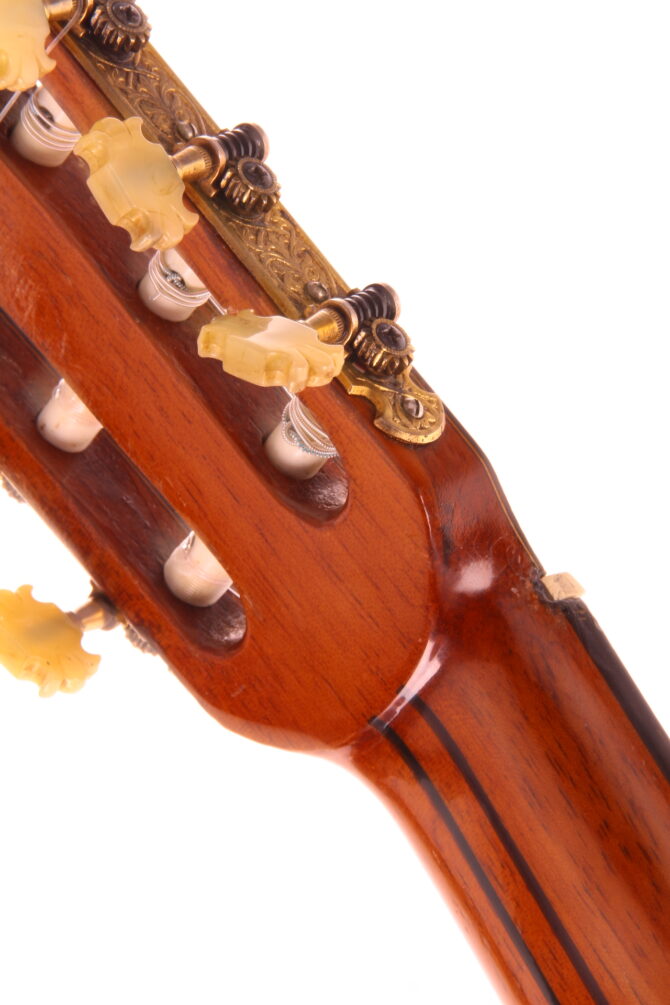 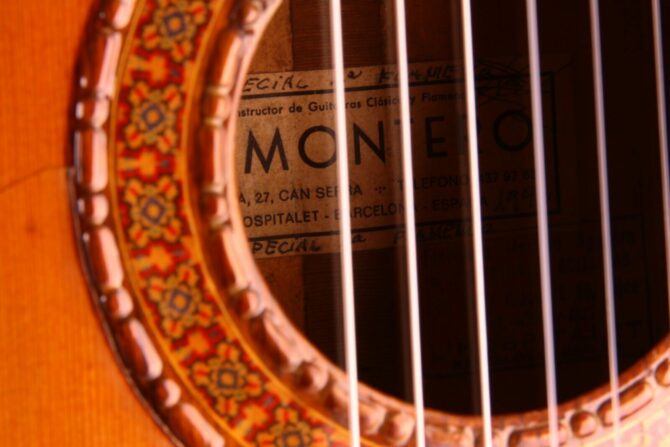 It features cypres back and sides, a red cedar top, a beautiful adorned neck with ebony detailing, ebony fingerboard, a beautiful adorned headstock and an amazing marquetry rosette.
This is a work of art and a very collectible guitar, in excellent condition with some wear and minor signs of ageing and a small repair. 52mm nut width, 650mm scale length, with case.